Aside from the general sugar-sweetened cereals and those afloat with marshmallows, it seems Chocolate-Flavored Cereals have carved out their own particular candy-like niche in the breakfast goodies realm. This, sirs and madams, is a fine thing indeed. It turns out that chocolate and pouring milk in a bowl over said chocolate is a match rather made in Heaven.

Some cereals have become quite popular and have done well to stay atop the list of favorites, while, conversely, others have fallen along the wayside. Fortunately, these brave comrades have gone on to get replaced by others equally as tasty. Here are the top twelve Chocolate Cereals of all time. Yes, I know I have left out a couple, such as Chocolate Special K, namely because this isn’t a chocolate cereal, just the same deal with nuggets tossed in for good measure. Not on the list. Others, for the most part, are just plain disgusting and should be sunk in the furthest depths of Hell, ie: Chocolate Life. No sir. For an alternative take on the chocolate breakfast goodies, check out Candy Addict! OK, on with the show…

Honestly, I only remember this cereal very vaguely, but, seeing as how it’s chocolate, it had to be at least pretty good. I’d sure love to get my hands on some, but, alas, it’s no more. If someone out there knows of an unopened box, I’d be happy to eat it regardless of its mature shelf life. Let me know! 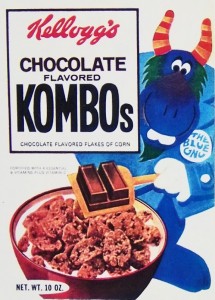 Now I do remember these. My bat-shit crazy Grandmother insisted on keeping just about every conceivable item stocked in her house at all times, just in case my siblings and I were showing up, or in the event of a Nuclear disaster. These were really good and, honestly, only had a mild chocolaty flavor, compared to today’s standards especially. Good stuff, though. 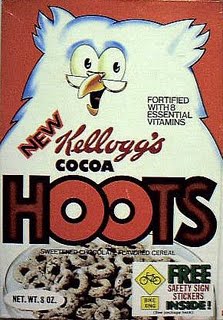 I really do enjoy the occasional Chex for breakfast, I can’t vouch for everyone at the site, but I enjoy Chex even more when mixed in a bowl with various other flavor additives like nuts and pretzels. So, it stands to reason that a Chex Mix (where have I heard that before?) would be made all the better with Chocolate Chex, does it not? So good, it’ll make you daddy weep. 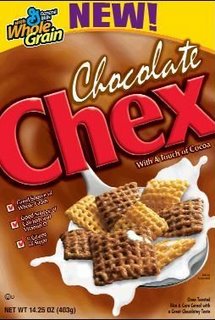 Now, for many, the whole reason to eat Chocolate Cereal is to acquire the rich goodness into which your milk eventually transforms. In this case, the fine folks over at Nestle have taken their very milk-mix recipe and turned it into a cereal puff. Yes, that does sound ecstatically delicious, but, we gotta tell ya, it just doesn’t quite have the lactose-switcheroo magic that many other cereals of the ilk have. Not that it’s bad, oh Hell no! It’s still damn tasty and, supposedly, kind of good for you, too. 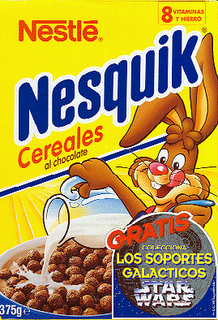 What, never had these before? Well then, I guess you need to excavate yourself from that hole in the ground from whence you reside and GET YOU SOME! You can still get them around here Michigan way (my home state) and I have to say, though strikingly similar to Dunkin’ Donuts in their flavor and richness, they are excellent and retain the Cap’s innate ability to rend your mouth to ribbons while remaining crunchy in milk. Painfully tasty! 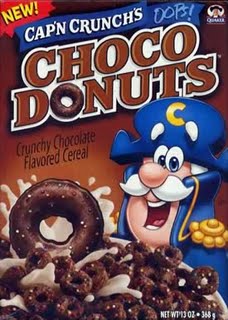 Abhorrent spelling errors not withstanding, this cereal is outstanding. I happen to live for the flavor of the camp fire, though I hate to camp or, really even be outside for that matter. Anyway, take that so fine combo of graham cracker, chocolate, and marshmallow and chuck ’em into a box and, just for shits and giggles, spell it so wrong it makes Kindergartners wince, and you’ve got S’Mores Cereal. 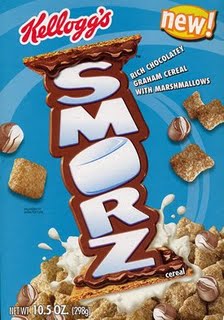 Yeah, yeah, cookies for breakfast is verboten and immature, but to hell with that mess, Cookie Crisp is some awesome, awesome shit. They really are little cookies and could almost be successfully copied using some tiny sweet snacks from the bulk bin and dousing them in milk. Almost. Due to the addition of whatever stabilizer they use to keep these little gems from turning instantly into soggy crap more or less prevents the home chef from creating their own version. So what, buy these. They are great. 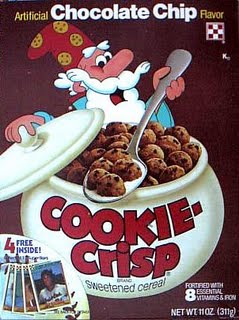 We love how General Mills, right in the upper corner, tout the fact that this cereal is made from whole grains. Does anyone, even mom who could care less when junior is wailing like a banshee in the shopping cart, give a shit what Reese’s Puffs is made from? If you’re getting this cereal, you’re getting it because you fucking want CANDY FOR BREAKFAST and have found a loophole. And let me tell you, if you haven’t been a party, you will be utterly stunned at its candy similarity. Yum. 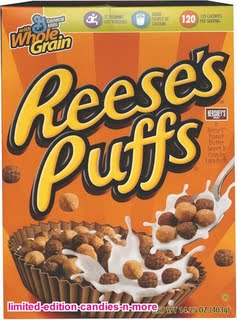 If you call yourself a sweet cereal fan and have not had, nor have no intention of trying, the Monster Themed Cereals, go walk in front of a bus. All of the other Monsters are fruity: Booberry, Frankenbery, Fruity Yummy Mummy, and Fruit Brute, but the big boss, the dark leader, has stuck it out with the most tempting flavor of all. That’s right, Chocolate. This particular cereal incorporates marshmallow bits and little, I don’t know, wagon wheel shapes and coats them all in fudgy greatness. We bow to thee, Count. 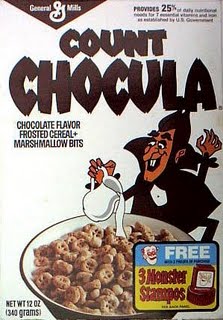 One of the granddaddies of the Chocolate Cereal biz, Cocoa Puffs are, more often than not, the turn-to favorite for kids, much like my own. This stuff will instantly turn your white milk brown, almost too quickly. Hmm…. Anyway, these things are thick, almost chewy, and when the do get soggy (and they will) they inhale every last ounce of milk from your bowl turning into something akin to chocolate grout. Who cares, right? So good it’s spackle. 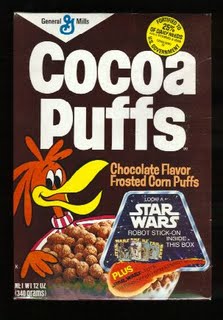 Kith and kin to all of the other ‘Krispies’ family of rice cereals, Cocoa Krispies are the darker, more edgy brother that refuses to change, succumb to additives, or advance their recipe in any way. Look around, all of the other members of the ‘Krispie’ family have gone to fruity colors and flavors, mallow bits, or tweaked this-and-thats for one reason or another. This is the talking cereal you want when you crave that Snap, Crackle, and Pop festooned with deep, cocoa goodness.

Take the eponymous Flintstones, toss in a cereal that’s not quite crisped rice, but something a little different and that much more special, and you’ve got the Number One Chocolaty Cereal of all time. Sure, it soggs fast, it actually sheds it’s chocolate coating right into your milk, and it’s about as rich as a whole candy bar, but it’s those very things that make this cereal the very best way to go to get your breakfast chocolate cravings under control. So DAMN GOOD! 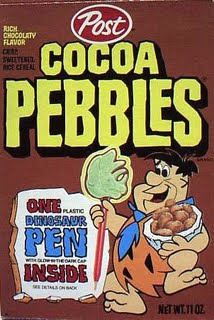 Other Cereal Funnies You Might Want to Dig Into: