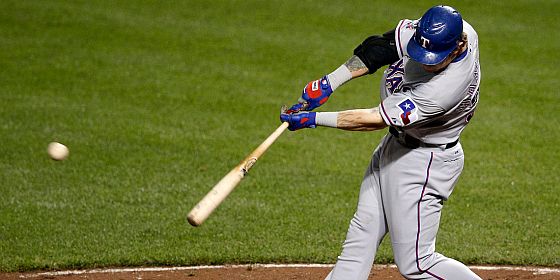 With less than 24 hours to go before free agency begins there are 160 Major League Baseball players currently without a team. With a new landscape created by a CBA that introduced qualifying offers for free agents and eliminated most draft pick compensation the 2013 free agent crop is as hard to predict as any class in baseball history. We’ve tried to bring a little clarity to the situation by breaking down the top tier of free agent pitchers and hitters, along with predictions on their contracts and destinations. On this list we’ve looked at the top 13 (for 2013) hitters. We based the market in part on Adam Jones’ 6 year/$85M contract extension with Baltimore and Carlos Beltran’s 2 year/$26M deal signed after the 2011 season.

Outlook: Hamilton is by far the class of the free agent field, but is getting his first taste of free agency as a 32 year old thanks to his delayed development path. Besides his age, his inability to stay healthy (Hamilton played 140+ games for only the second time in his career) will limit the offers for the slugging corner outfielder. If a team is willing to take the risk of him collapsing or relapsing they could find the only middle of the order bat for the next five years, but it is a high risk bet. Hamilton is rumored to want 7-8 years, but we don't see that being available.

2013 Prediction: Hamilton has a history and support system in Texas, and unless the Red Sox or Angels go nuts, we see him returning to the Rangers for 6 years/$130M. 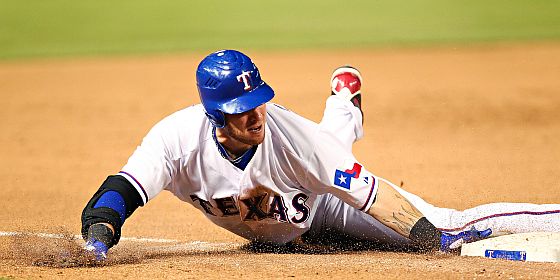 Outlook: Bourn provides everything Hamilton doesn't as an outfielder. A gold glove winning center fielder, Bourn will never hit for much power (his 9 HRs are as many as he had in the previous five years combined) but gets on base reliably and has good speed once he gets there. Another 20 points in OBP separates Bourn from being an elite leadoff hitter, but he will likely be paid as one in a class short on speed. Bourn is probably priced out of a return to Atlanta, but another spot in the NL East seems likely.

2013 Prediction: The Phillies cleared significant salary space this season, and we expect them to commit a chunk of it to the 30 year old Bourn for 5 years/$65M. 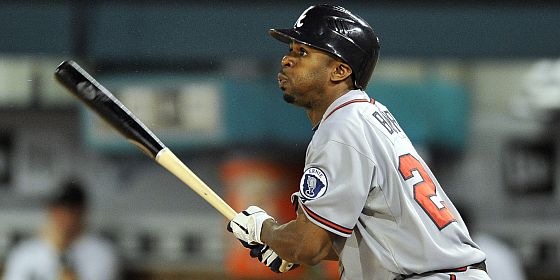 Outlook: Upton might be the second biggest wild card in the free agent class. A 28 year old who you can pencil in your lineup for 140+ games, 20 HRs and 20 SBs every year, while providing plus defense in center, should be an elite player, but Upton just can't get on base enough to support his skills. Dogged by questions about his effort in Tampa, Upton will likely be seen as a fall-back option for a team that fails to land Bourn. 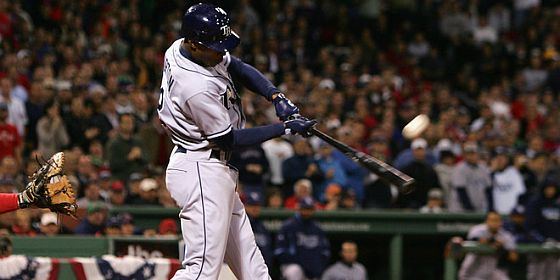 Outlook: This is actually the first shot at free agency for the veteran 32 year old slugger. Swisher has had a quietly productive four year run in New York, averaging 150 games and 25+ HRs while playing left field. Swisher will have his pick of opportunities, as his price tag will interest more suitors than the more accomplished Hamilton. If New York lets him reach free agency tonight we don't see him returning to the Yankees.

2013 Prediction: Detroit, fresh off being embarrassed by the Giants in a World Series sweep, bring in Swisher for $80M over 6 years. 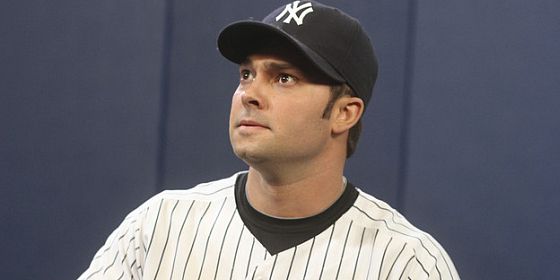 Outlook: If Pagan hit the market any other year he would likely be the top center fielder available, but it is a surprisingly deep class in 2013. A putrid .578 OPS in the playoffs likely cost Pagan some money, but the Giants will at least try to keep him in town after their championship run. 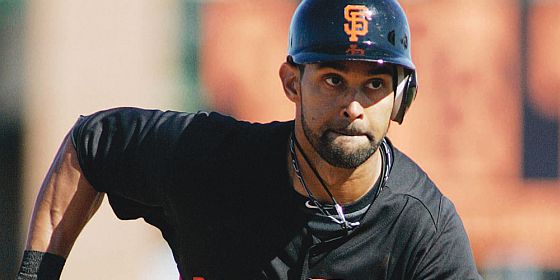 Outlook: The 31 year old speedster saw a drop in all his ratios in 2012, including a career low OPS after he was jettisoned by the Phillies. A former Gold Glove winner and All Star, Victorino is basically Bourn-lite for this years class. Someone will pay him to hit leadoff in 2013, though he is better suited for a spot at the bottom of the order.

2013 Prediction: In a game of shuffling CFs we see Victorino replacing Bourn in Atlanta for 3 years/$36M. 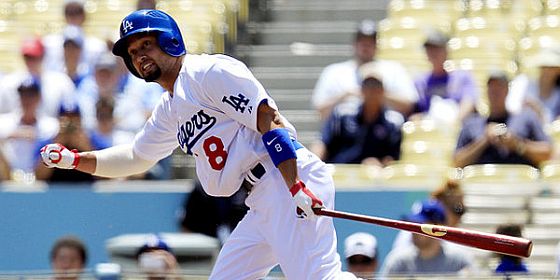 Outlook: Ortiz is another difficult case to predict. The soon-to-be 37 year old only played 90 games in 2012, and almost exclusively at DH, but was sensational when he was in the lineup. His inability to play the field severely limits his value in an era where only a handful of teams use a full time DH, and his age makes any long deal risky.

2013 Prediction: Boston has enough problems with fans without letting Ortiz walk. He is worth more to the Red Sox than anywhere else, and a 1 year/$14M deal with vesting options for 2014 and 2015 makes a lot of sense for both sides. 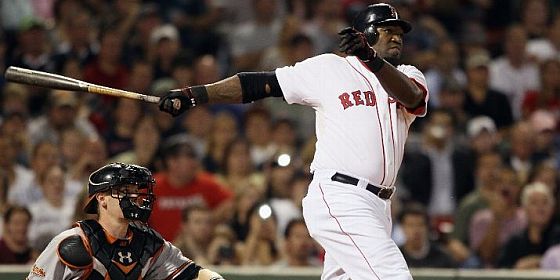 Outlook: 2012 was a big step back for the slugging backstop, seeing all of his ratios drop from his huge 2011 season. At 31, and coming off a season where he only played 108 games, Napoli will have trouble attracting a long term deal from a team looking for a catcher. Lucky for Napoli their aren't any other All Star catchers available this offseason.

2013 Prediction: Another player who means more to his current team, Napoli should wind up back in Texas for 3 years/$35M. 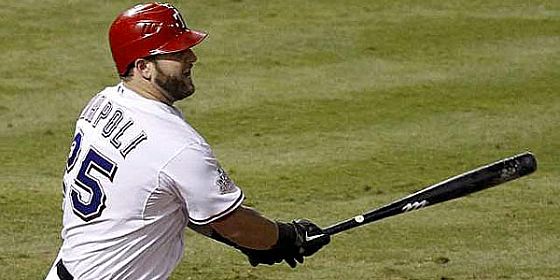 Outlook: LaRoche has a phenomenal bounce back from a difficult 2011 season, carrying the Nationals offense for much of the season. Those 33 HRs mark a career high for the 33 year old Gold Glove winning 1B, and should drive up his price tag significantly. The Nationals are unlikely to bring him back with Mike Morse able to play the position cheaper, but that doesn't mean that LaRoche will be hurting for suitors.

2013 Prediction: Boston has money to spend and LaRoche is a lower risk option than most. 3 years/$40M should get it done. 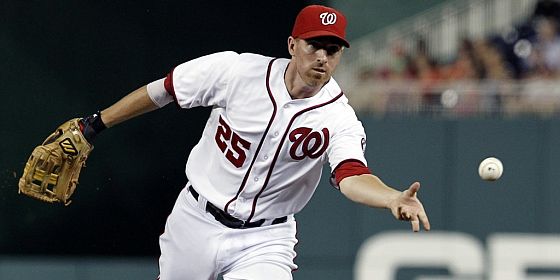 Outlook: Melky is the biggest risk in the free agent class, by a large margin. While his 2012 numbers are impressive, it is another number that will go a long way toward determining his value; 50, for the 50 games he missed thanks to a PEDs suspension. Teams courting Melky have to ask two questions. First, are his 2012 numbers the product of actual improvement for the 28 year old or PEDs, and second, will he stay clean over a long term deal. Melky still has a lot of value, but the smart play for him is to go prove he can produce cleanly on a one year deal.

2013 Prediction: Detroit, New York and Boston could all be in the running, but we think he goes to the bargain hunting Mets for a year at $10M. 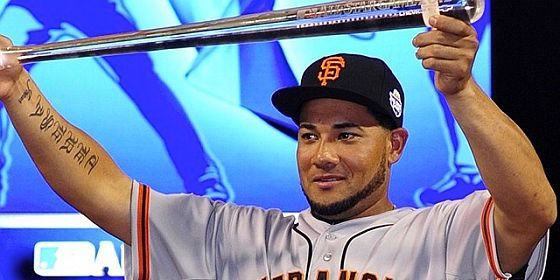 Outlook: While his season line was respectable, it was what the 37 year old Scutaro did in San Fran that will earn him his 2013 contract. A .362 batting average over 61 regular season games was just the start. His .500 average in the NLCS sent the Giants to the World Series, while he provided above average defense in the middle infield. He also provides versatility, have racked up significant innings at second, third and short.

2013 Prediction: Scutaro will stay in San Francisco for the rest of his career with a 2 year/$24M deal. 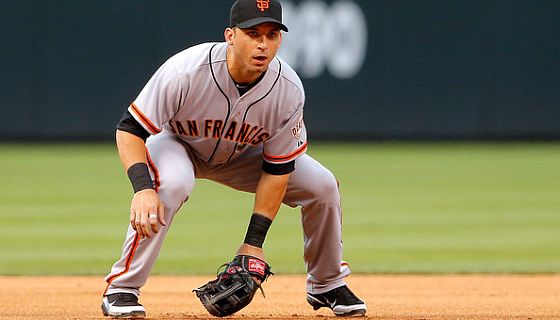 Outlook: Drew has never lived up to his early career promise, and a 2011 ankle injury has only slowed him down over the last season. Still relatively young at 30, Drew isn't going to get many offers, even in a shallow marker for shortstops. His best bet is to take a one or two year deal to play for a good team and prove that he is healthy.

2013 Prediction: The Dodgers have a decent lineup, and we see Drew staying out west for a year at $8M. 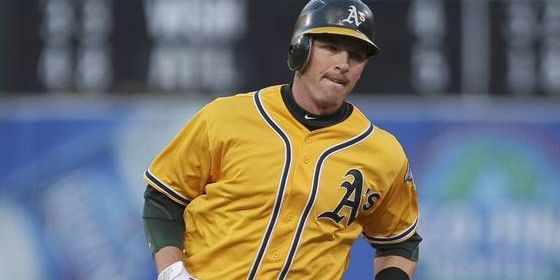 Outlook: The journeyman infielder reached free agency for the first time in 2011, signing with Tampa Bay after seeing no long term offers develop. After posting his best OPS since 2007 and career best WAR (2.2), Keppinger again hits the market, but this time likely to land the security he desires. His versatility (he's played every position but catcher and centerfield) and better than league average bat will put him in demand in a market low on infielders.

2013 Prediction: Keppinger seems like the perfect low risk-low reward pickup for the Orioles at 3 years/$12M. Even if former star Brian Roberts comes back Keppinger should still see 400 at bats as a super-sub. 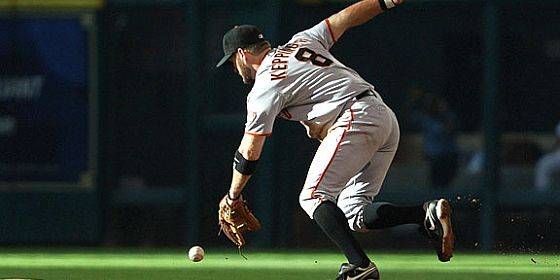