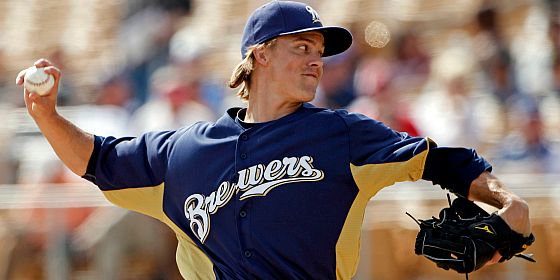 With less than 24 hours to go before free agency begins there are 160 Major League Baseball players currently without a team. With a new landscape created by a CBA that introduced qualifying offers for free agents and eliminated most draft pick compensation the 2013 free agent crop is as hard to predict as any class in baseball history. We’ve tried to bring a little clarity to the situation by breaking down the top tier of free agent pitchers and hitters, along with predictions on their contracts and destinations. On this list we’ve looked at the top 13 (for 2013) pitchers. As we looked at contracts we based the market in part on Jake Peavy’s recent two year, $29M extension, along with the $127M deal Matt Cain signed before the season began. For relievers we based our numbers on Jonathan Papelbon’s $12.5M/year average deal signed after the 2011 season.

Outlook: The 28 year old right hander is the only ace on the market, and will be paid like it. Rebounding from an injury-marred 2011, Greinke started a career high 34 games, while posting an ERA more in line with what we expect from him going forward. One of the major concerns about Greinke, his ability to handle the pressure of a large market, was put to rest after he maintained his fine season after being traded to the contending Angels. The demand for Greinke will be heated, with the Angels and Rangers being the early favorites. Any franchise with money to spend will likely be in the bidding.

2013 Prediction: Greinke will sign with the Angels for 7/$135, putting him a notch below Roy Halladay and Justin Verlander. 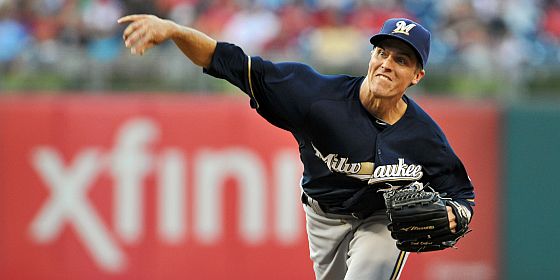 Outlook: Sanchez, who will be 29 when the 2013 season starts, is a solid middle of the rotation starter. His 2012 record is mostly the product of bad luck and bad offenses. He saw a slight rise in his ERA this year, but allowed few base runners, and his ERA improved once he was traded to Detroit midseason. After injuries slowed his early career, Sanchez has been remarkably consistent over the last three years, throwing 195, 196, and 195 innings respectively. Detroit is likely to make a play to keep Sanchez after trading away Jacob Turner to acquire him, along with the teams that lose out on Greinke.

2013 Prediction: The Orioles, looking to bolster to their rotation, will add Sanchez as their nominal ace at 4 years/$60M. 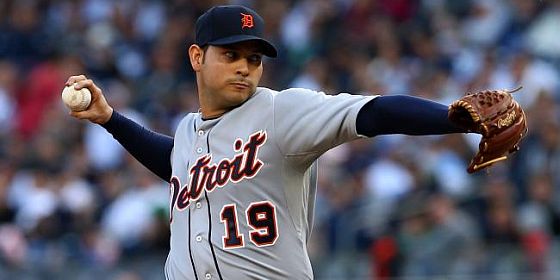 Outlook: It's hard to believe, but the 29 year old Jackson has played for seven teams already in his career. After turning down longer term deals elsewhere Jackson signed a one year deal to become the 4th starter with the Nationals in 2012, and posted the best WHIP of his career. Jackson will be looking for some stability after his travels, with his eyes on a four year deal and a more prominent role in a rotation. We don't expect him back in Washington. 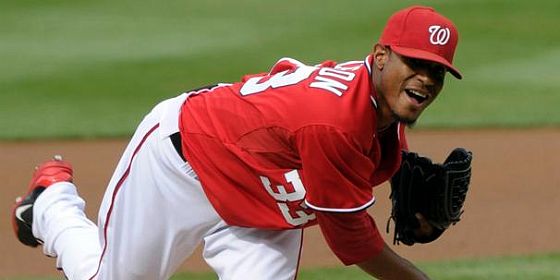 Outlook: Kuroda had a better season than many of the potential free agent starters we have ahead of him, but comes with a couple of major drawbacks. First, he would have to turn down a qualifying offer from the Yankees, which will cost another team draft pick compensation, and second, he is 38.  His advanced age will make it difficult for Kuroda to get a multi-year deal, giving the Yankees a major advantage. 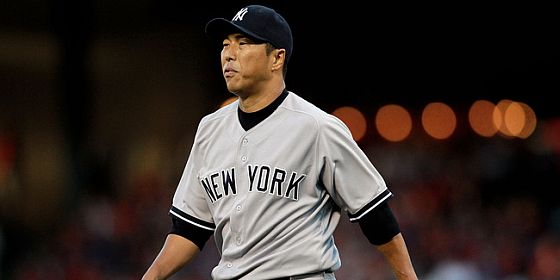 Outlook: Lohse had the best season of his career at 33 years old, leaving many to question if it is an anomaly or a sign of genuine improvement. After posting such an impressive campaign Lohse is likely to be looking for a long term deal with a significant raise from his $10m/year average on his last one. His age and history (he posted an ERA+ of 86 and 59 in the first two years of his deal) will turn off most teams. Big spenders looking to contend in the short term should make up most of his market.

2013 Prediction: The Dodgers look like the favorite year, with a 4 year/$55M contract. Look for Lohse and the team to put in inning related guarantees for a 5th season. 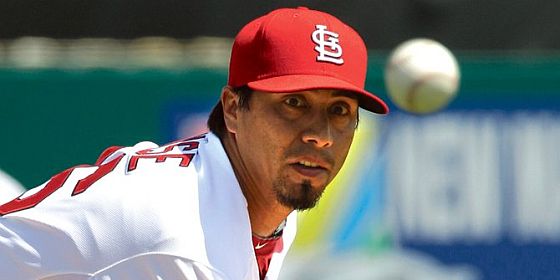 Outlook: Dempster likely cost himself money with an ERA of 5.09 in 12 starts in Texas after being traded from Chicago. At 36 teams will have to ask if that is more indicative of his performance going forward than his stellar start with the non-contending Cubs this season. A one or two year deal, with performance incentives, might be the best Dempster can expect, but there will be multiple contenders involved in the chase. 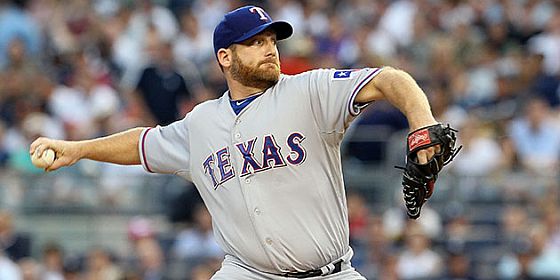 Outlook: The soon to be 33 year old Soriano inherited the closer role in New York when Mariano Rivera went down to injury early in the season, and responded with a strong season. His 2012 line is also a major rebound from a disappointing 2011 debut in New York. Soriano will want the opportunity to close, and be paid like it, but with most of the deep pockets set at closer the market won't be as generous as he hopes.

2013 Prediction: The Yankees, in need of security in case Rivera retires or struggles to come back, will lock up Soriano for 3 years/$42M. 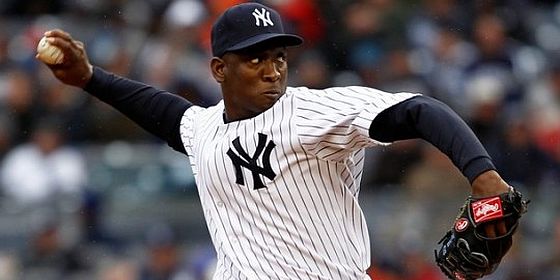 Outlook: Marcum will be getting his first taste of free agency at 31, and after an injury-filled season. He is going to want some security, but 2012 elbow problems will limit his appeal to teams looking to sign a top of the rotation starter at a bargain. Marcum will probably do well to follow Edwin Jackson's model, and sign a one year deal with a contender to rebuild his market, but with so many mediocre teams looking for pitching we think he will still get a longer deal. 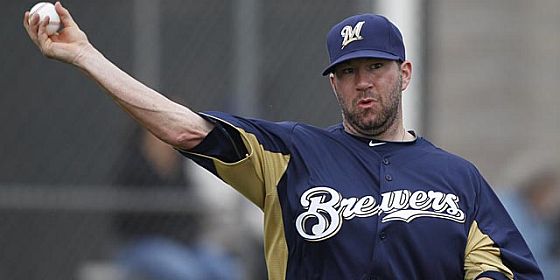 Outlook: Saunders doesn't record many strikeouts, which inflates his pitch count, but adds significant value as a middle of the rotation start for a contending team. A 3.63 ERA after moving to the surprising Orioles, along with a pair of one-run starts in the playoffs, should earn Saunders serious consideration from most contenders. Consider him plan B for the Rangers and Dodgers.

2013 Prediction: The Royals, in need of experience in their rotation, will sign the 32 year old Saunders for 5 years/$60M. 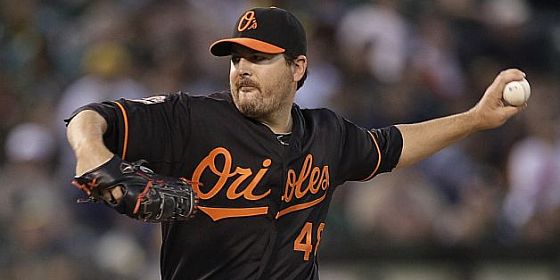 Outlook: Villanueva has been an above average pitcher, but the Blue Jays don't trust him enough to start regularly. An ERA of 8.10 over his final five starts is a pretty good explanation for why Toronto management has questioned Villanueva's durability. If he is looking for a longer deal and the chance to start the options are limited to smaller market teams looking for value.

2013 Prediction: At 29, Villanueva represents a decent investment for the Pirates, at 3 years/$24M. 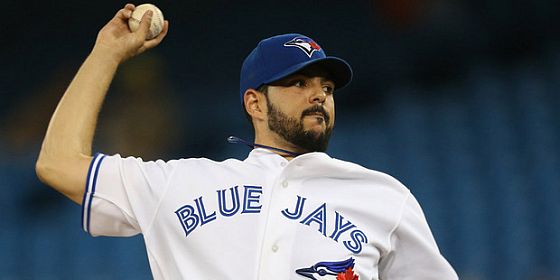 Outlook: The Royals brought in Broxton after the pitcher posted an ugly 2011 season in L.A. marked by injuries and ineffectiveness. Broxton responded, excelling as the closer before being dealt to playoff-bound Cincinnati to serve as a setup man for Aroldis Chapman. If the Reds opt to move Chapman into the rotation than signing Broxton will be a priority, otherwise he will be in demand either as a closer or 8th inning guy in Texas, Oakland or Boston.

2013 Prediction: The Reds are going to give Chapman a shot to start, and that means that they will want to lock Broxton up for 3 years/$32M, which is an overpay. 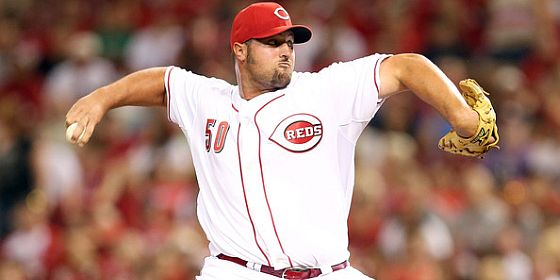 Outlook: Fujikawa is currently a free agent in Japan, which means that he can come over to the states for the first time without a posting fee. He's 32, and hasn't pitched heavily over the last half decade, averaging fewer than sixty innings a season. While there is always concern over Japanese players transitioning to the majors, the ability to sign a potential closer under market value should get Fujikawa a number of offers.

2013 Prediction: The Dodgers are the favorite, and we expect him to sign for 2 years/$10M. 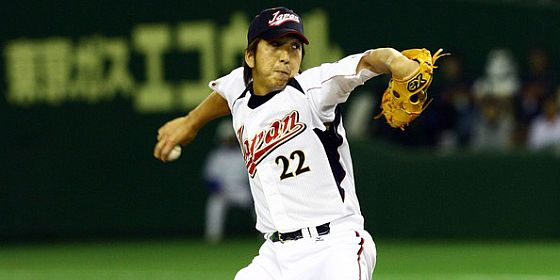 Outlook: Liriano is one of the biggest teases in baseball, posting three seasons of 5+ ERAs in the last four years. His 2006 form, when he posted a stunning 2.16 ERA at age 22, is enough to keep teams interested, but the now 29 year old Liriano is unlikely to receive any long term offers. A one year deal to play for a non-contender and rehab his image is Liriano's best move.

2013 Prediction: The Mariners, with money to spend, bring Liriano in on an incentive laden deal for 1 year/$7M. 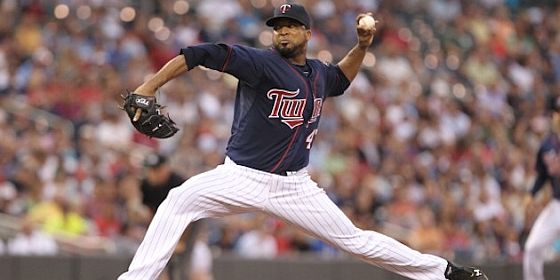