In honor of Black History Month, and the tremendous success of Black Panther in the theaters, we think it’s high time we took a good look at some of the coolest black comic book characters. Why? Because there are a ton of them and many of them are hugely popular. Take “White Hating Coon” for example…

Ok, maybe not. Real black comic book characters have popularity that has nothing to do with whether or not they’re black; it just has to do with how incredibly awesome they are. So check ’em out. We’re sure if they were real, they’d thank you. Which one will get the big screen treatment next?

Oddly, the original African American character that first hit the pages of DC comics was a man called the Black Bomber, “a black hero who was actually a white racist and later described by cartoonist and self proclaimed comics historian Don Markstein as “an insult to practically everybody with any point of view at all.” But soon they wised up and brought on board Black Lightning (Jefferson Pierce), an at-first difficult character to launch. His powers largely included the ability to use electricity, which he lost, and eventually regained. Since Lex Luthor became President in 2000, Pierce was assigned Secretary of Education, assuming he could do more good within the system than outside it. 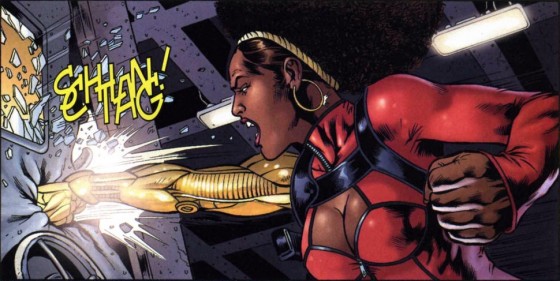 First appearing in Marvel Comics in 1975, Misty Knight typically is accompanied by Colleen Wing. Though she doesn’t have any superhuman powers, she does possess a bionic arm fashioned for her by Tony Stark (Iron Man) after she was seriously injured in a bomb attack on her NYPD headquarters. Later, upon meeting Power Man and Iron Fist, she fell in love with the Kung Fu Master. After that, things just got a whole lot more complicated and bizarre. Check it out here. 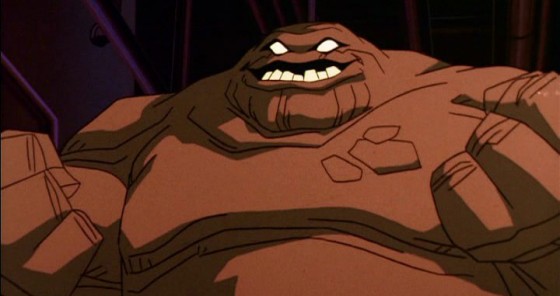 This particular version of the DC Comics villain, Clayface, is only on the animated show, The Batman. Ethan Bennett was one of Bruce Wayne’s closest friends, and never really knew of Wayne’s alter ego of Batman. During one of the Joker’s crime sprees, Bennett was captured and, though subsequently rescued by Batman, ended up inhaling a large portion of the Joker’s Putty Gas. Eventually, Bennett began to show signs of sloughing skin and the increased ability to mold his features into any shape and form, thereby becoming Clayface. 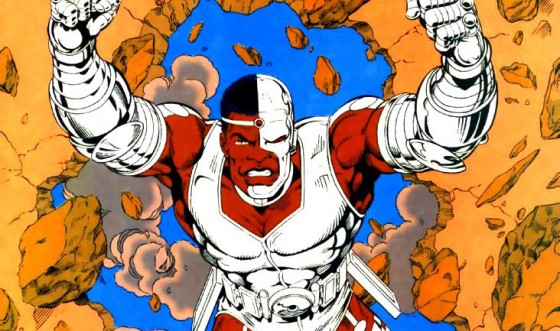 Victor Stone was a typically normal kid, albeit with an enhanced genius IQ level. His life is spent doing many things his parents disapprove of and one day he is taken on a tour of S.T.A.R. labs in hopes of learning something. Instead, an experiment using the potential of dimensional travel goes awry and a gelatinous creature breaks loose, killing his mother and severely injuring Victor. Having no other choice, his father outfits his son with huge amounts of cybernetic replacement parts. Though Victor is initially horrified, he eventually goes on to fight crime as Cyborg and joins the Teen Titans. 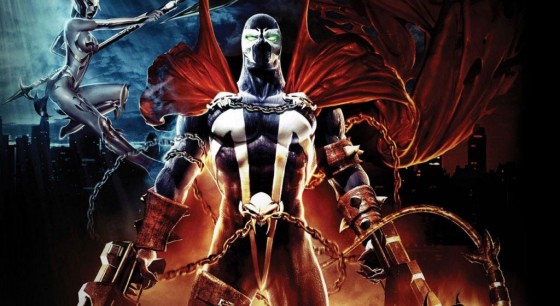 Albert Simmons was born in Detroit, Michigan. He was a very gifted member of the United States Marine Corps, attaining the rank of Lieutenant Colonel. He later joined the United States Secret Service, which led to his promotion to the Central Intelligence Agency. When he was murdered on a mission in Batswana by Chapel, Simmons went to Hell thanks to his career as an assassin. Simmons wants nothing more than to see his wife one more time, so he makes a deal with the devil, Malebolgia, swearing his eternal soul to become a Hellspawn. The Spawn comic series has gone through a ton of changes and bizarre spin-offs, including a run in with Batman, who slices Spawn’s face in two with a Batarang; a visage that would remain for many issues: Shoelace face. 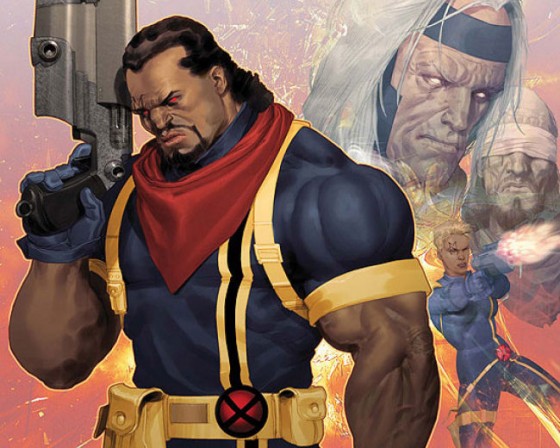 Bishop was a member of Charles Xavier’s Security Enforcers, a mutant police force from a dystopian future of the Marvel Universe. Eventually he traveled to the 20th century and joined the X-Men, a mutant team he only knew as myth and legend. But soon, after years of gaining the trust of the X-Men, Bishop becomes one of the team’s greatest antagonists. It should come as no surprise that Bishop’s story continues to become more and more convoluted. Read about it here. 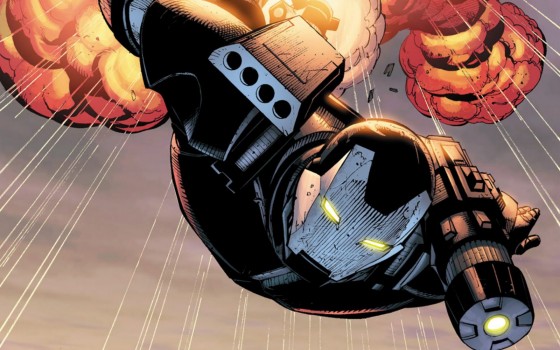 In 1983, Tony Stark battled a relapse with his life-long struggle with alcoholism. So, in order to keep the mantle of Iron Man alive and well, James Rhodes donned the iconic armor and assisted his friend in thwarting crime, calling himself War Machine. Eventually, after Stark’s return, Rhodes stepped aside only to be called into action soon after when it was assumed Stark was killed. From then on War Machine became a permanent fixture in Marvel Comics, garnering himself his own series. 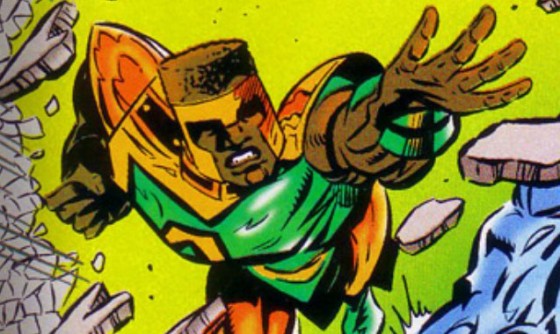 Amazing Man is the nickname used by three different African American DC Comics characters. Will Everett was an Olympian who ended up, post-Olympics, becoming a janitor. After coming in contact with some kind of substance, he gained the ability to take on the elemental properties of whatever he touched. Will Everett III followed in his grandfather’s footsteps and Joined the Justice League with presumably the same powers. Finally, Markus Clay, yet another relation to the original Amazing Man, has spent most of his time aiding those effected by Hurricane Katrina.

Luke was sent to prison for a crime he didn’t commit. In exchange for his freedom, Cage was made to undergo an experimental procedure that was intended to cure all human illness, but instead granted him steel-hard skin and heavier, enhanced muscles. Eventually, he struck up a soon-to-be long-lived kinship with Iron Fist, calling himself Power Man. Most importantly, Luke Cage was one of the first African American characters to sustain his own eponymous comic titles. 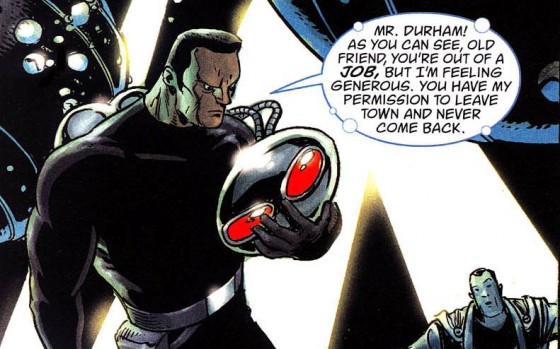 For decades, the Achilles heel to Aquaman, Black Manta, had no real back-story. Though he appeared versus Aquaman in everything from comics to the Super Friends cartoon, he always had his goggled helmet over his face and his human features were never revealed. Eventually, as it turns out, the boy that would become Black Manta was an African American whose goal was to allow his ‘people’ become masters of the sea since they’d been oppressed for so long on dry land. Though this silly angle ended up being a ruse, the fact remains that he is who he is. 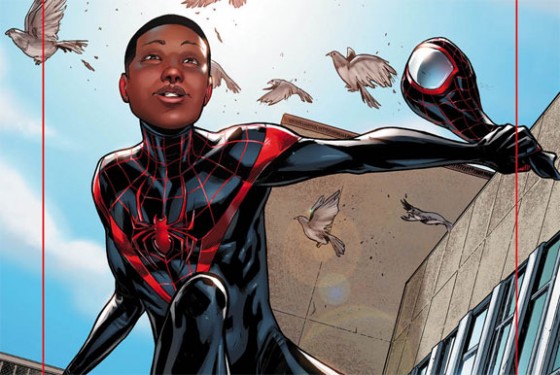 Miles Morales as Spider-Man is the newest character on this list, but is so important that he finds himself at #5. Miles Morales first appeared in Ultimate Fallout #4 (August 2011), following the death of Peter Parker. A teenager of African American and Latino descent, Miles is the second Spider-Man in the Ultimate Marvel continuity. Reaction to the character varied, with some approving the creation of a positive role model for minority children, including one of the original Spider-Man’s creators, Stan Lee, to displeasure at the replacement of Peter Parker, with some decrying it as a publicity stunt motivated by political correctness. 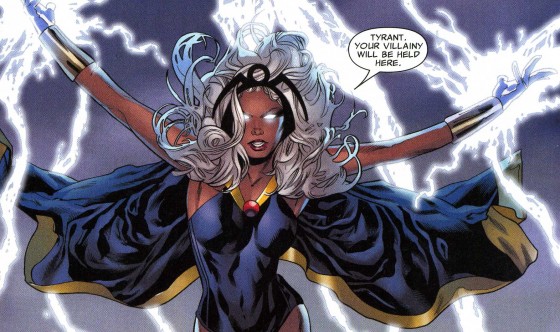 Storm is one of comicdom’s most well known African American female lead characters, as well as one of the most recognizable X-Men. Her real name (since marrying the Wakandian hero, Black Panther) is now Ororo Iqadi T’Challa-Munroe. Her powers, hinted at strongly by her name, revolve around her mutant ability to control weather and bend it to her will, including her frequent use of lightning bolts and thunderstorms. 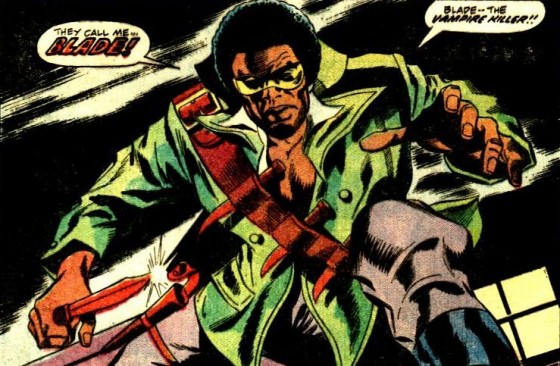 Eric Brooks, known as Blade, is an incredibly persistent vampire hunter spending every day of his life attempting to rid the world of his brethren. And brethren is totally true. You see, Blade was born in the whorehouse in which his mother worked at the same moment his mother was being killed by Deacon Frost, a vampire. As it happened, certain enzymes passed along to Blade making him half vampire, but allowing him to hold onto much of his humanity. Now, his soul purpose in life is to seek vengeance on those responsible for his being.

When the Green Lantern’s champion, Hal Jordan is out of commission, and his back-up, Guy Gardner is himself in a coma, it’s time to call on a new guardian. And his name was John Stewart. In the ’80s, Hal Jordan decided to hang up his ring once and for all, and it was decided that Stewart would become the full-time replacement. Then, as is the case with much of the Green Lantern story arc, things start to get really out of hand. Read about it here, if you dare. 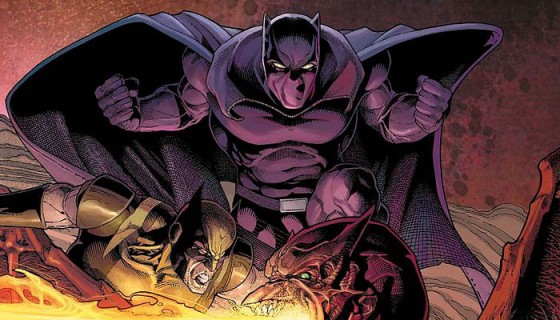 The Black Panther is the very first black character in modern, mainstream comic books. His first appearance was in the pages of Fantastic Four in 1966, from which he would eventually travel from his fictional country of Wakanda to join the Avengers. In 1972, the comic company attempted to avoid any unwanted ties with the actual Black Panther movement and tried, for a time, calling him Black Leopard. Eventually, T’Challa (Black Panther) marries Ororo Munroe (Storm) and goes through many adventures attempting to regain his Panther Totem-enhanced powers.