15 Funniest Aliens of All Time 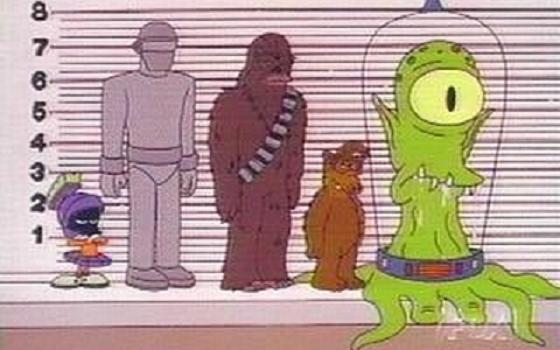 All throughout television and film history, there have been nonsensical characters. From talking horses to cats with magical bags, creatures from another planet fit right into the media landscape’s acceptable degrees of weirdness. The following aliens made their way into our hearts (via probing), and we’ve accepted them as our misguided, quirky, and hilarious neighbors. Cast a vote for your favorite! 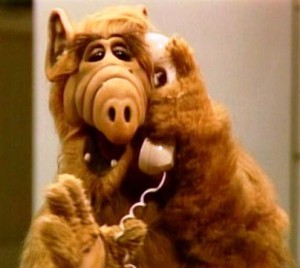 Gordan Shumway, commonly referred to as ALF, is part of the “we’re covered in fur so we don’t need pants” breed of alien. He’s always hungry, has a particular taste for cats, and a smart-ass attitude. 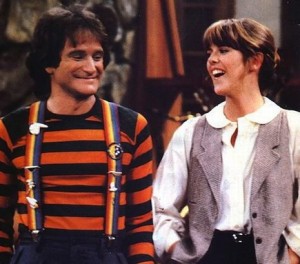 Mork from Ork
Mork and Mindy

The best spin-off from Happy Days, Mork and Mindy followed the adventures of Mork from Ork, one of the “I’ve come here to observe the human species and report back to my superiors, which is why I look just like you” types of aliens. The role brought attention to a young Robin Williams, and we haven’t stopped laughing since. (Except for Dead Poet’s Society and Good Will Hunting, that was all business.)

The duck that makes Daffy look like a priest (more than his outfit already does), Howard is one of the “they exist on Earth, but they don’t talk, so this talking one needs to be an alien or mutant” breed of extraterrestrial. The movie bombed but stays known due to its terrible reputation, cult comic book following, and doing quite the number on George Lucas’ bank account. Perhaps it is time for Christopher Nolan to head up a gritty reboot.

In the role that single-handedly ensures that he is never taken seriously again, Tim Curry plays the elusive “no one really knows exactly what is going on but damn these songs are catchy” type of alien. Always a good time, Rocky Horror also acts as the ultimate excuse to go out and party in your underwear. Nothing “alien” about that. 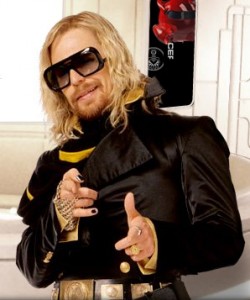 One of the craziest/smartest/most badass galactic Presidents in history, Zaphod is the “I’m too awesome to be human, plus I got two heads anyway” breed of alien. It’s never too obvious if Zaphod is pulling one over on you or just stumbling around in a drunken haze, but at the end of the day he’s the perfect fuel for interstellar hi-jinks. 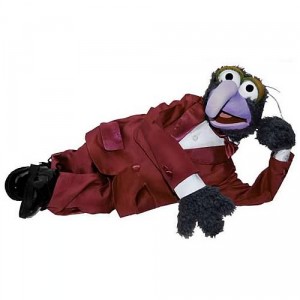 The Great Gonzo
The Muppets

Although no one really knew what Gonzo was for the first while, it was eventually believed that everyone’s favorite stunt-performer was actually one of the “oh, he’s an alien! I thought he was just some hideous monster” type of space-creature. At least now, he can blame his horrible balance on being unaccustomed to Earth’s gravity.

The same type of aliens as Mork from Ork, the Solomons too came to Earth to research human life. Under the guise of a wacky family who lives in an attic, they have adventures that may or may not feature the girl from The Secret World of Alex Mack.

The dumbest character on the program, which says a lot considering Fry is barely equipped to be a delivery boy, Zoidberg is another example of an anthropomorphic creature passing themselves off with the alien excuse. This crazy, penniless, lobster doctor makes even Dr. Evil look competent.

Kang and Kodos
The Simpsons

Kang and Kodos frequently help jog along the narratives of the Treehouse of Horror episodes of The Simpsons, and comment on the primitive nature of earthling thought. They’re part of the “we started as a cheap joke, and now we’re stuck using them” type of alien.

*Apologies for the video, FOX rips down good clips of Kang and Kodos faster than Tim Burton casts Johnny Depp. 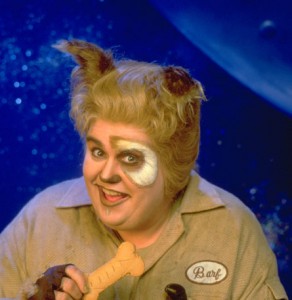 Barf is one of many gag’s in Spaceballs that makes fun of the goofy inspirations George Lucas used for Star Wars, Barf is half-man half-dog and his own best friend. Played by a late comedy icon, Barf is one of the “it doesn’t matter if it’s an obvious joke, he’s John Candy and we will respect this” type of alien performance.

Roger is a uniquely Seth MacFarlane “we need something that talks, and making him another dog would be way too obvious” type of alien. He is shadier than the other characters on the program, and isn’t afraid to get his hands dirty when he has to.

Stranded on Earth, Beldar and his family attempt assimilation as they pursue the American dream. They’re part of the “look how damn crazy these guys are, they must be French” breed of alien.

Part of the “oh no, I trashed my ship and now I have to hang with you boring guys?” club of aliens, Martin helped pave the way for all types of cooky characters to follow. You think they would’ve let My Mother the Car on the air if the crazy train hadn’t already left the station? I think not.

Ridiculed because of his height, Zim tries to impress his superiors by undertaking a mission to collect intelligence about a mysterious planet to prepare for the eventual invasion. Zim is part of the “he’s our enemy, but practically harmless so we will enjoy his various attempts to enslave us” type of alien.

Similar to Jawas, Marvin follows the “I have no discernible facial characteristics other than my eyes” trend of alien design. He might have a little bit of a Napoleon complex, but has certain endearing qualities that Yosemite Sam and Elmer Fudd never had.