Fifteen Songs That Will Put You in a Good Mood 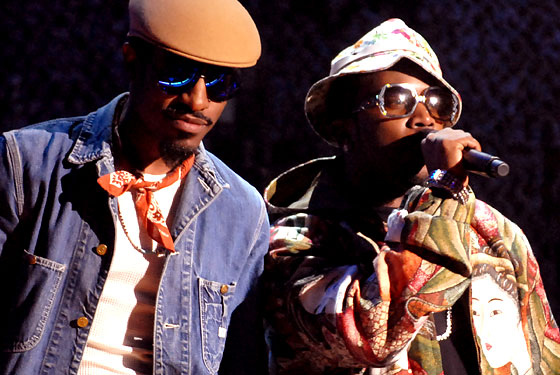 Music is a wonderful thing. It can evoke a myriad of emotions that range from unbridled joy to agonizing sadness. No matter the occasion or circumstance, we’ve all turned to music at certain points in our lives to help us get through a rough patch, supply motivation, disappear in thought or improve our mood. For purposes of this exercise, we’re going to focus on the latter. Having a shitty day? Need a pick-me-up? We’ve got some tunes that will cure what ails ya. Think of this as a mixtape of 15 songs from different eras and genres guaranteed to put you in a good mood. Pharrell’s Happy didn’t make the list, because that’s just too obvious.

A quality mixtape of mood altering songs needs to start with a bang. Ya gotta get the blood pumping, toes tapping and head bobbing. The unofficial theme from The Departed by the Dropkick Murphys will do the trick. It’s the banjo.

Now that we got the juices properly flowing, let’s mellow out a bit. This one-hit wonder screams 1999 and personifies a relaxing day at the beach with friends and booze. It’s eclectic, campy and just plain fun. Shades with purple lenses were the bomb! Right?

3) Could You Be Loved – Bob Marley

Now that we’re sufficiently relaxed, let’s get reflective to the soulful vocal offerings from the great Bob Marley. It’s hard not to don a smile while listening to Marley. He poured passion into everything he did and sung with style and grace.

Whatever your level of faith and or spirituality, we’ve all pondered those unanswerable questions that have confounded mankind for generations. Certain songs are able to convey everything is going to be okay, no matter how lost or confused life might seem. “Non Believer” is one such song.

We’ve tread inspirational ground, so it’s time to boost the energy level. The Arctic Monkeys don’t deal in subtleties. Their unique fusion of rock/dance is modern and guaranteed to get the pulse jumping. A “teddy picker” is a euphemism for fame whore. This one’s all about the beat.

The best MC to ever spit rhymes was poetic, prescient and powerful. “Picture Me Rollin” plays like a self-written eulogy. The lyrics might be combative, but the sentiment is positive. Tupac wanted us to remember him fondly. Rewind this track, close your eyes, and…

Trance, trip-hop and electronica seized hold of the music world in the mid- to late-nineties. It meshed rock, rap and disco into a mind-bending wall of sound capable of conjuring bliss, especially when under the influence of psychotropic drugs. As we close out side one of this feel-good mixtape, give yourself over to Karl Hyde and Rick Smith, aka Underworld.

Before launching into side two, let’s chill for a while. And who better to chill out to than Outkast? This tune sorta defies description. It’s best just to hit play and allow it to work its magic.

We’re kicking off side two with a classic. If you can’t alter your mood for the better while listening to “Easy,” you’re either a misanthrope or a zombie. It’s beautifully written, expertly composed and sung with unabashed feeling by Lionel Richie.

10) Everybody Wants to Rule the World – Tears For Fears

For children of the ’80s, this should stir a fair share of pleasant memories. Could be a high school dance, a trip to the movies or the moment you realized your whole life was in front of you and the world was yours for the taking. Good times.

If you’re a father to a little girl, this song will probably bring a tear to your eye. However, you don’t have to be a parent to appreciate its charms. Stevie Wonder symbolizes happiness and joy in music; any tune in his brilliant catalog could make this list, but we went with the one that makes us smile the most.

Once this song started playing while watching the sublime (500) Days of Summer, we were immediately hooked. It has since been featured in several TV shows and commercials, but despite the pop culture saturation, we still find it to be immensely satisfying to the ear.

“We ain’t got no car — fool!” And thus it begins. Coolio’s hilariously zany journey to the beach with his homies doubles as a tribute to ’90s hip-hop. Unlike hardcore gangster rap of the same era, “Fantastic Voyage” is the polar opposite. It’s silly and self-deprecating, which makes it hard not to like.

14) California Dreamin’ – The Mamas & the Papas

Feeling blue on a gray wintry day? Settle down in front of a crackling fire, pop in those iPod earbuds and dial up this 1965 classic. It’s the perfect remedy. Bonus points for its inclusion in the excellent Hong Kong film Chungking Express.

We began this trip down good mood lane with a bang, so it only makes sense to end with one. Quality rock ‘n’ roll is hard to find these days but as long as Dave Grohl is playing and writing music, it’ll never be pronounced dead. “The Pretender” is a shot of adrenaline straight to the heart.