Is it clichéd to complain about sports clichés yet? We’ll let you be the judge of that. All we know is that we’d be much happier sports fans if we never again heard any of the following sayings:

We won’t be pedantic and complain about the mathematical impossibility, but we will point out that announcers only seem to use this line when they can’t think of anything else positive to say about a player but don’t want to criticize him either. If somebody’s not scoring any goals or contributing on defense, you can bet he’s “giving 110%.”

Should be replaced with: He rarely contributes in any tangible way.

You hear this one a lot in post-game interviews, as if it’s supposed to be some sort of valuable insight into why a team did what they did. Of course you played your game, what other game is there for you to play? Half the time it’s not even a good claim to make; we bet the Detroit Lions would much rather be playing the game of the Minnesota Vikings.

Should be replaced with: We did what our coach told us to do, just like every other athlete in history.

This is the biggest non-steroid related lie you’ll hear from a manager or player. Do you really think the New York Yankees look at their schedule and place as much importance on an upcoming series against the Orioles as they do on a set of games at Fenway the week after?

Should be replaced with: We’re really trying to focus on tomorrow’s game with *insert good team*, because we know we’ll be able to walk all over *insert crappy team* today without much trouble. 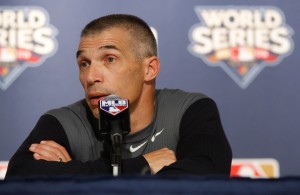 “The Rays? More like The Gays! Seriously though, we’re going to kick their ass.”

Whenever there’s a close game and it’s not obvious why one team managed to win, you can guarantee that somebody will offer up this explanation. So not only is desire apparently quantifiable, it’s also suddenly the deciding factor in sports, like some sort of manly version of “The Secret.” Trust us, it’s not true; we here at Gunaxin really, really want to win the Stanley Cup, but that won’t change the fact that we’d struggle to compete against a junior high school girl’s field hockey team.

Should be replaced with: We’ll admit that they played just a tiny bit better than us, because we’re athletes, not meta-physicians.

11) We control our own destiny.

If a team is on the brink of qualifying for the playoffs you’ll hear at least one of its members make this useless remark. What they’re trying to say is that they don’t need to rely on results from other teams to qualify, but the message we’re getting is that they have a terrible understanding of what destiny is. Hint: it’s not something you can control.

Should be replaced with: We need to win games if we want to make the playoffs. That should be self-evident, but you’re harassing me for a comment so I need to say something.

You’ll never hear sportscasters say that a team’s been eliminated from playoff contention; they’re always mathematically eliminated. Yeah, thanks a lot for breaking out the high level calculus guys, it was really useful for clarifying the otherwise esoteric concept of “teams that win the most go to the playoffs.”

Should be replaced with: Technically this team is still in contention, but they’re clearly not good enough to qualify so we’ll just stop talking about them now. 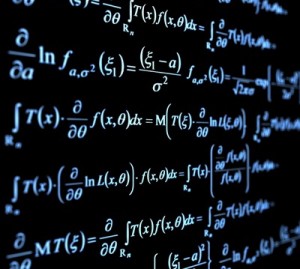 “…And that’s how the wild card will be decided.”

No shit? Of course he came to play, that’s sort of what athletes get paid to do. Did you think he was going to just sit around, or maybe knit a sweater?

Should be replaced with: He came to fulfill his contractual obligations by performing in this sporting event.

So what’s the point of having an offense then? Yeah, we know, all announcers are really trying to say with this one is that defense is important, but again… no shit?

Should be replaced with: If a team sucks at one of a sport’s two major components then they won’t win very many games.

Announcers seem to be under the impression that those of us in the audience are incapable of looking at the clock and judging for ourselves how much time is left in a game. Maybe they’re worried that we’ll wander away halfway through the match, under the mistaken impression that the game has already ended. Or maybe we’ll leave halfway through on purpose, because the game is a rout and no amount of banter will trick us into thinking otherwise.

Should be replaced with: Oops, I haven’t said anything in a while. Let’s read the clock to fill this dead air.

6) Final score is the only stat that matters.

Announcers use this line when one team is playing well but still losing, and players trot it out when they had a great personal performance while the rest of their team choked. In both cases we’re stunned by their valuable insight, because we always thought that baseball games were won by accumulating errors and that hockey games came down to who racked up the most penalty minutes.

Should be replaced with: I hit for the cycle tonight but the rest of my loser teammates didn’t do shit, so we lost. I hate them so much.

5) They have to generate some offense.

Oh, so that’s how a losing team can turn a game around! Thanks for that insightful analysis; it wasn’t clear why they were having problems before you chimed in. Every time an announcer uses this line we get suspicious about whether they’re a real commentator or just some guy who wandered into the booth and decided to give announcing a try, despite knowing nothing about how sports are played.

Should be replaced with: Their star needs to score more points if they have any hope of triumphing in this event!

This has become a catch-all for glossing over terrible mistakes by players or coaches. If a reporter asks a player why they threw into quadruple coverage or why they shot the puck into their own net, and the response they get is “it is what it is,” then they know they’re not going to get a real explanation.

Should be replaced with: I fucked up really bad. Seriously, I have no damn clue what I was thinking. Sorry about that. 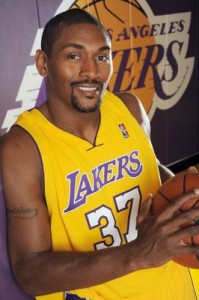 “If I looked drunk out there tonight that’s because I totally was. Ha, I’m so wacky! You got any weed?”

3) Statistics can be misleading.

You’ll hear this one from analysts when a team is doing much better or much worse than they were predicted to do. What you won’t hear is any sort of useful explanation as to why that is.

Should be replaced with: I can’t tell you why this team is playing poorly because my apparent credibility is misleading.

Yeah, we know how to win too: score more points than the other team. Not a tricky concept. What announcers are really trying to say with this one is “they have experience winning” (usually in the context of the playoffs), and therefore they’ve presumably acquired some sort of mystic secret that will help them against the less experienced teams. That must be why we see so many repeat champions these days. Hey, wait a second…

Should be replaced with: This team has won championships in previous years, but that will have no effect on today’s game because their roster has changed significantly since then.

1) We overcame a lot of adversity.

Should be replaced with: We won the game with our four million dollar backup quarterback in place of our eight million dollar starter, because he is also a talented athlete. 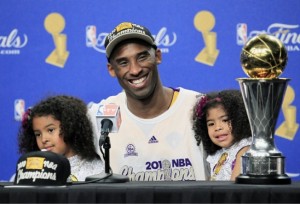 “My BMW’s in the shop so I had to drive my wife’s stupid ugly Nissan to the arena today, but I courageously overcame that adversity to win the championship.”