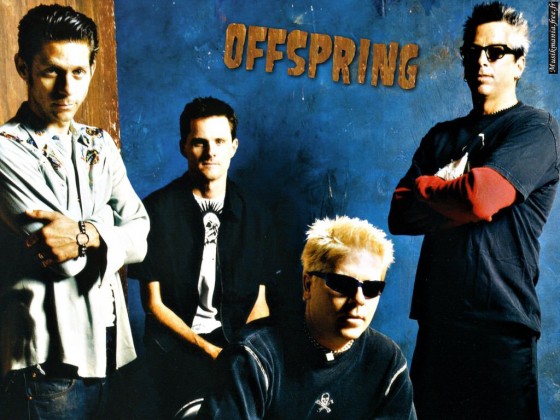 The Offspring is one of those bands that has been pretty good over the past two decades, yet have hardly changed. Any song they put out today is one that sounds like one they put out 15 years ago. They’re all short punk ditties, with catchy intros and hooks, great choruses, lots of “oh oh oooooohs” and Dexter Holland screaming about teenage screwups. While some music critics view this as a bad thing, who cares?

However, Offspring did go through a phase where they got a bit quirky, and this is where their popularity soared but longtime fans of the band decided that they were starting to suck. Yes, folks, I’m talking about when “Pretty Fly for a White Guy” and “Get a Job” hit the airwaves along with the album Splinter in 2003, which no one bought or heard.

Let’s now look at the best Offspring songs, all of which can be mixed into one.

The album Smash, which isn’t Offspring’s first album but their first popular one, is so good that its title song isn’t even the highlight, but the closing one with the hidden track at the end of the CD. Don’t get this confused with Offspring’s “Smash It Up” from the Batman Forever soundtrack.

I’m not a trendy a$$hole.
do what i want do what I feel like.
I’m not a stranded a$$hole.
don’t give a [email protected]#$ if it’s good enough for you.

Like Smash, every song on Ixnay on the Hombre is great, so they’re well represented here. But a song about being a lazy stoner? By Offspring? Maybe they keep writing them because they kept forgetting the others.

Good enough for the Orange County soundtrack and good enough to satisfy fans who downloaded this for free in 2001-2002 when file-sharing was most rampant.

Who better than this band to sing about it?

By the way,
I know your path has been tried and so
It may seem like the way to go.
Me, I’d rather be found
Trying something new.

Dammit, I Changed Again
Conspiracy of One (2000)

More of the same from Offspring — the sounds, the themes, etc. But anything to wash “Pretty Fly for a White Guy” taste out of our mouths.

Not only do the songs sound alike but so do the names. Who can remember the difference between this and “The Meaning of Life”?

Nothing changes cause it’s all the same

Anyone starting to see a pattern here?

Is this any different than “The Meaning of Life” and “Something to Believe In”?

I actually find this one to be overrated compared to other songs on Smash, but gotta respect the hits off this album. This was one that helped put the band on the map, along with “Self-Esteem” and “Come Out and Play.”

This sounds like one of those brat summer songs from the soundtrack of an American Pie flick.

Oddly, this song isn’t even in the Top 50 of downloaded Offspring songs. But it certainly got one of the better riffs.

I can do without the “Ya Ya Ya Ya Ya” part but the rest is vintage Offspring.

This one seems to be about war. I guess these guys got off the sofa and went to Iraq and Afghanistan.

Perhaps the saddest song by Offspring — about the death of a loved one.

The only good song to come off of Americana, this is another typical song that deals with how bright-eyed kids grew up to be losers.

To think, 14 years after dropping Smash, Offspring is still hitting us with songs like this.

Words we can all relate to:

I may be dumb, but I’m not a dweeb. I’m just a sucker with low self-esteem

Truth be told, swapping out this for “Self-Esteem” wouldn’t be a stretch, and the entire Smash album in many ways is like one long song. It’s one of those albums that brings us back to the time we listened to it, relating it to our own life at the time. You know, you’re only 18, you won’t be doing any time.

And… the two worst ever:

Pretty Fly for a White Guy