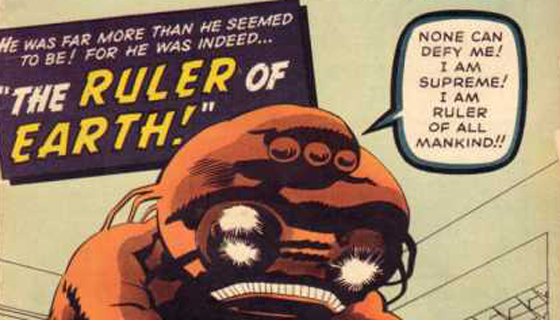 I’m not sure what the deal was with Doomed Earth stories back in the Silver age of comics, but they were everywhere. And they weren’t just those revolving around superheroes and their surprising lack of ability to stop threats, either. No, these were stories where giant monsters, marauding aliens, or time-lost terrors suddenly appeared on Earth and immediately decided to take over or destroy it completely.

And you always knew the tale you were getting into by what was written right on the cover.Sometimes it was a fleeing person lamenting into the night that the creature was loose and going to end all life, or else it was proclaimed right in the synopsis that whatever rampaging thing was going to wreak apocalyptic havoc. Any way you slice it, these twenty comics sought to obliterate life as we know it. Yay crazy storylines!

All of the following comics were located at CoverBrowser.com 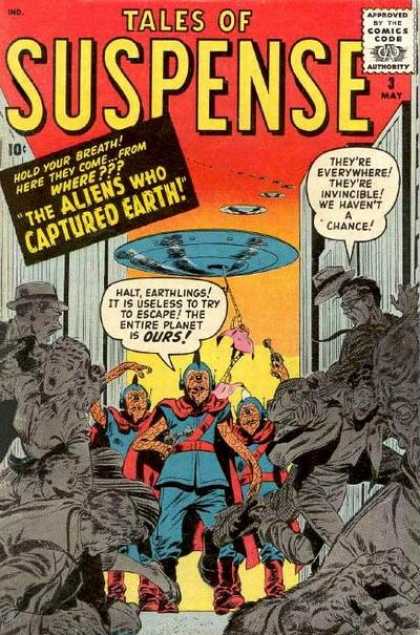 I suppose if and when the aliens come to Earth and likely take over, I'll be the first in line to bow helplessly to our new overlords... but how do these people know they're invincible? No one's even attempting to fight back or even throw a rock! Maybe that guy on the rope in the background that's inexplicably dangling from the saucer is going to do something brave. But I doubt it. 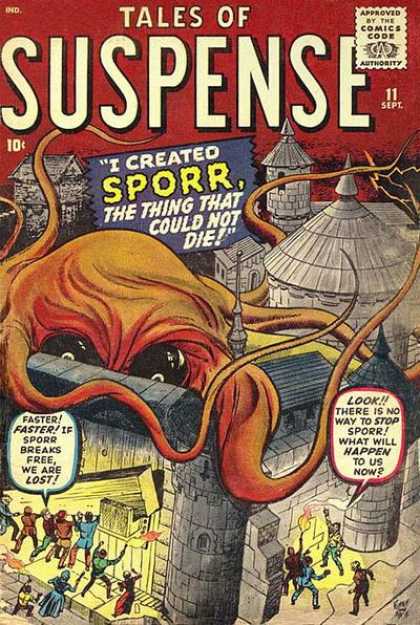 So the first plan to stop this Sporr creature is to board up the big door in the front of the building. Great. Somehow these people believe a monster that's already half out of the top of the 'stronghold' is going to be slowed down by a shut door. Maybe they should just give up. Sporr is, after all, likely invincible. 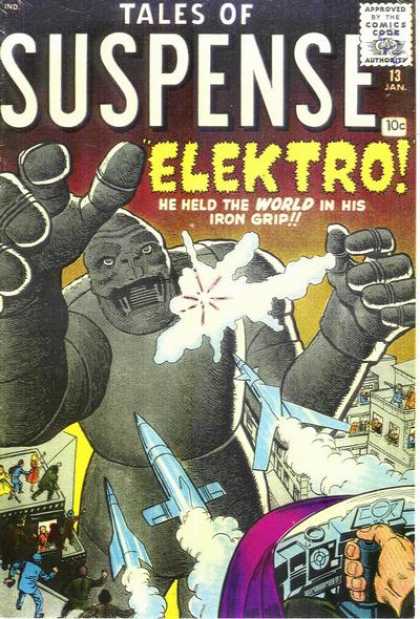 Why the hell does a robot need a nose? 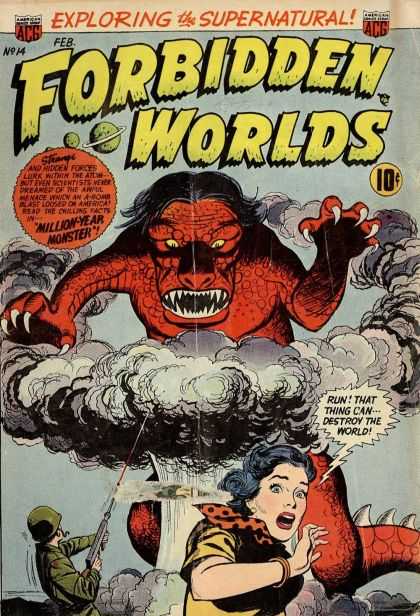 "Run! The monster with the Moe haircut can destroy the World!" 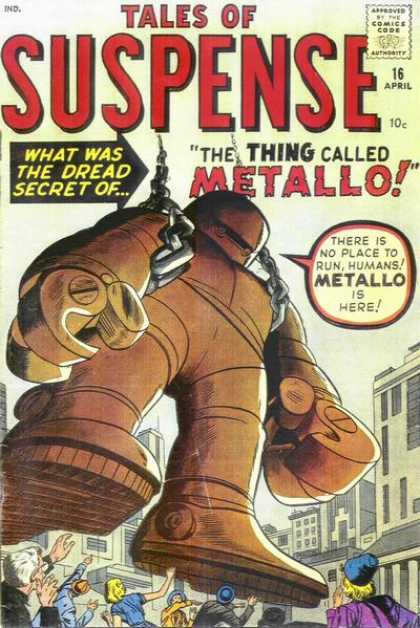 Is the Dread Secret they're talking about the thing that Metallo is apparently chained to? Like a giant marionette handle or something? I think I'd be more afraid of that, honestly.

Tales Of The Unexpected #20 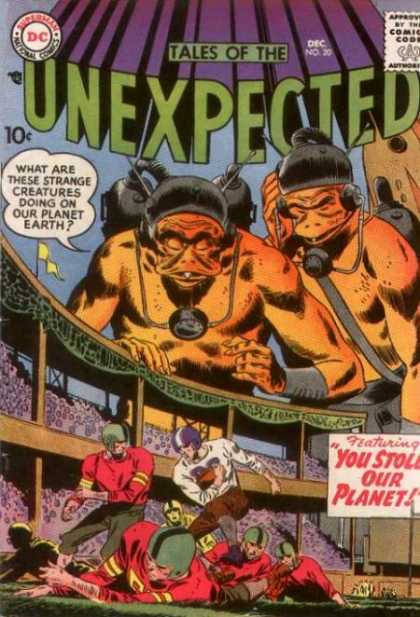 Now how do you not notice two gigantic space duck vampires with cheesy '50s era headphones? No one's even glancing at the probable massive shadows on the field. Space duck vampire shadows. 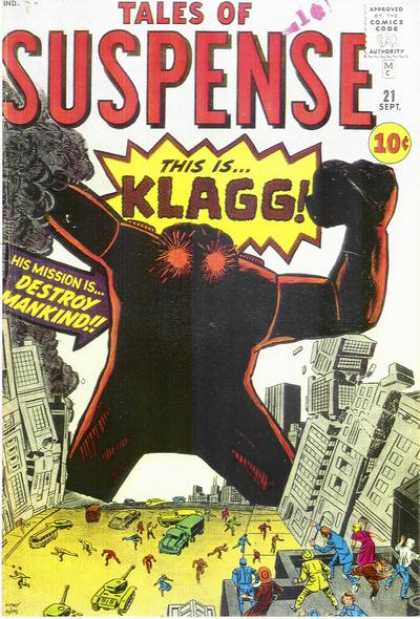 He enjoys Sci-Fi novels, long walks on the beach, and Bingo. Everyone say hi to Klagg!

From Beyond The Unknown #22 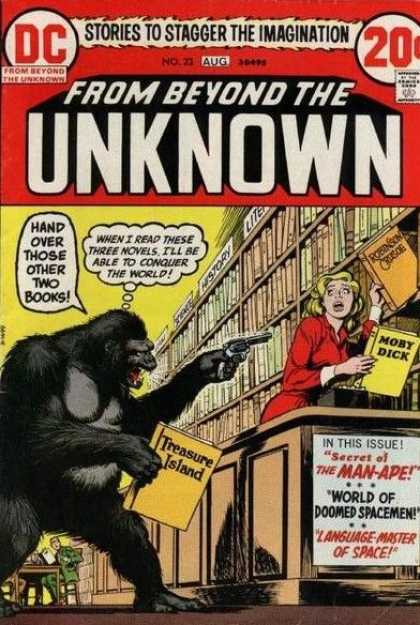 Robinson Crusoe, Moby Dick, and Treasure Island all hold the keys to complete world domination? Well, at least by a man-sized gorilla. So I guess that's okay.

From Beyond The Unknown #25 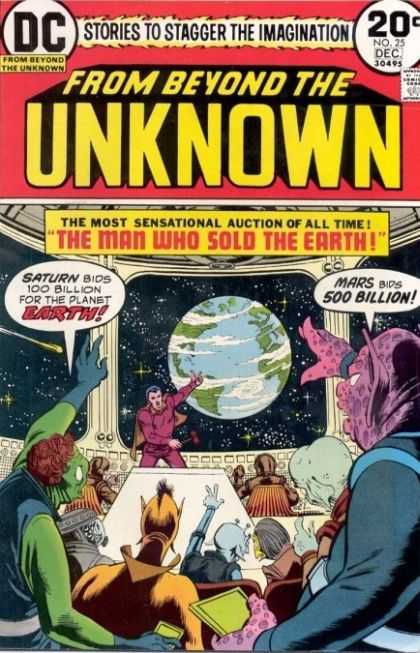 He won't sell until he hears bids from Uranus. 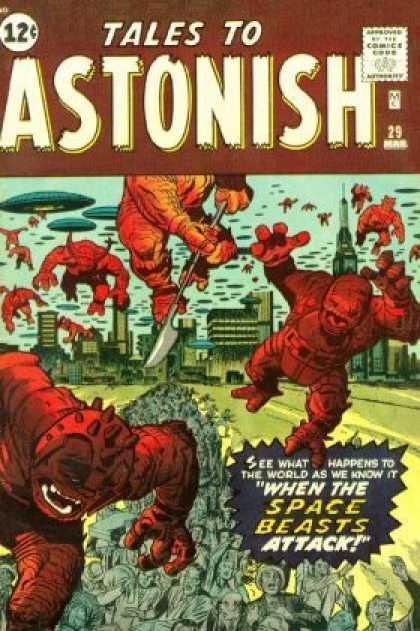 My guess? Immediately caving at their invincibility. It happens a lot.

Tales Of The Unexpected #31 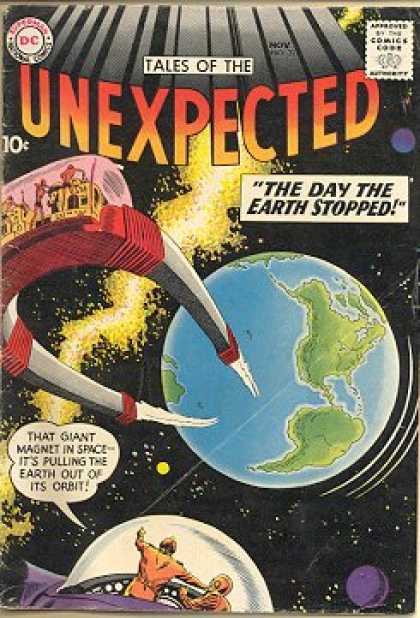 Meanwhile, all the metal on the planet is just flying at that ship like in a Tom and Jerry cartoon. 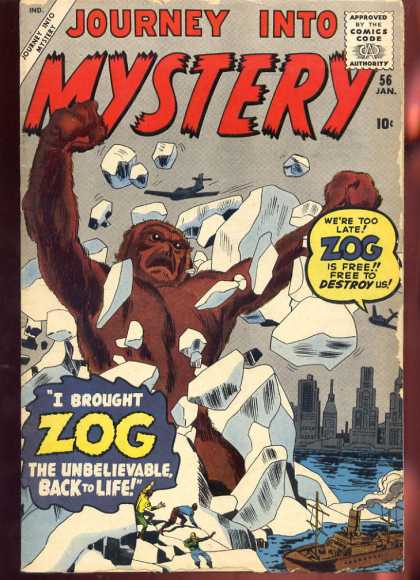 Zog is free. He's done his chores for the day. His mom says he can destroy the Earth now. 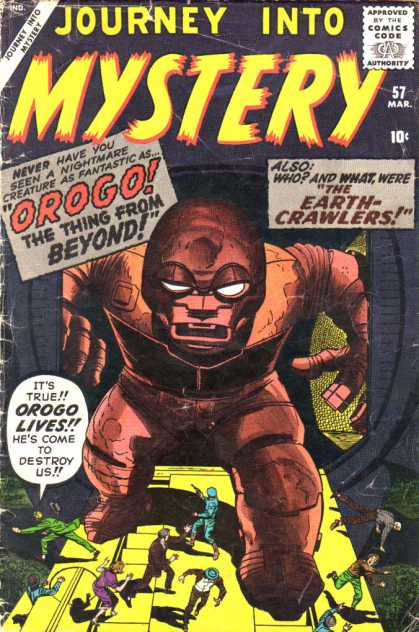 Why are there so many people there? Was there a 'Meet Orogo Party' and half the town was invited? Oh, and one appallingly ineffective cop. 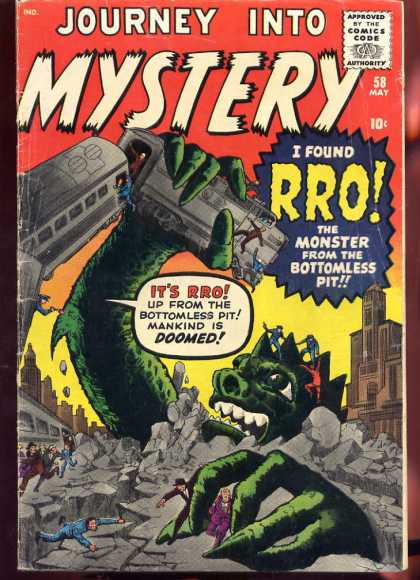 I don't know about mankind, but those two idiots on RRO's head are in for a long night. 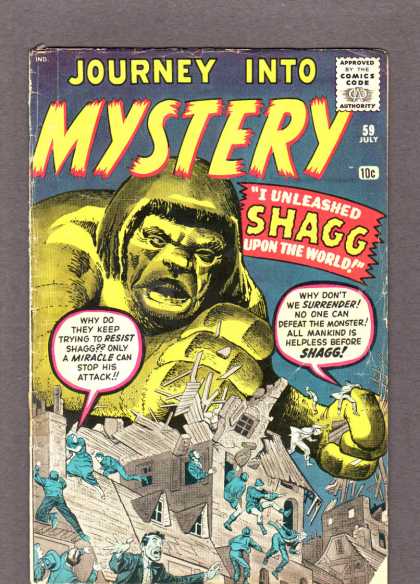 So why is Shagg attacking an apartment complex where all the residents are required to wear blue suits? 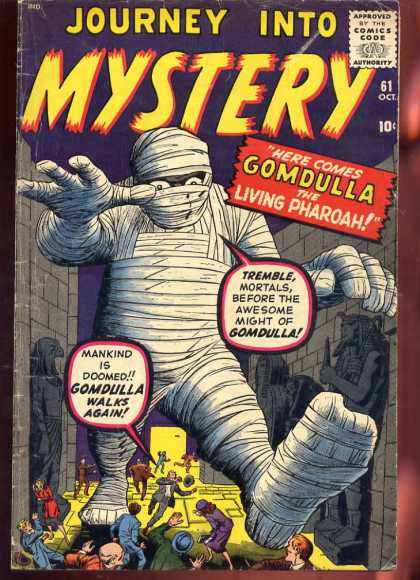 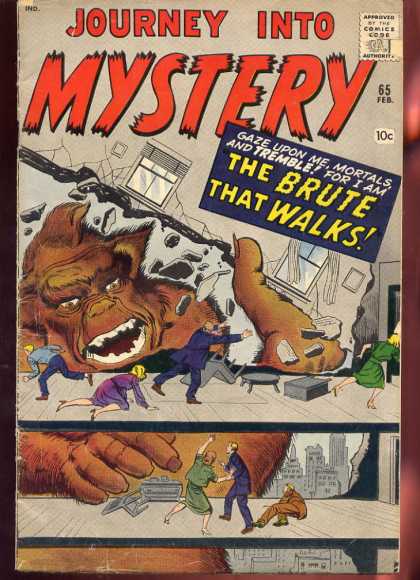 Now I'm worried. We had a far easier time against "The Brute That Just Kinda Hung Out And Watched TV." 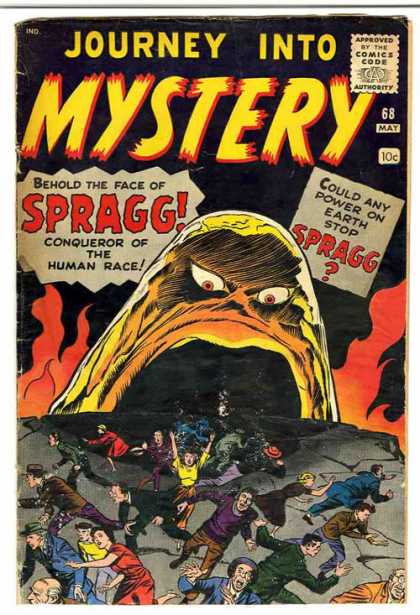 Spragg's gonna have a rough time conquering all when he looks like a giant Jujube. 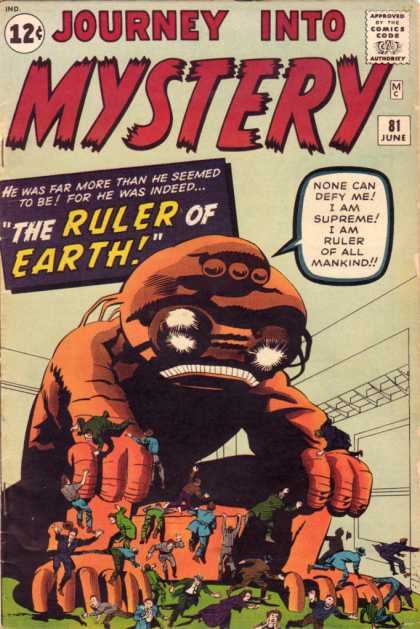 "So climb on me and pretend I'm a playground! Quiver in fear while you giggle with glee!" 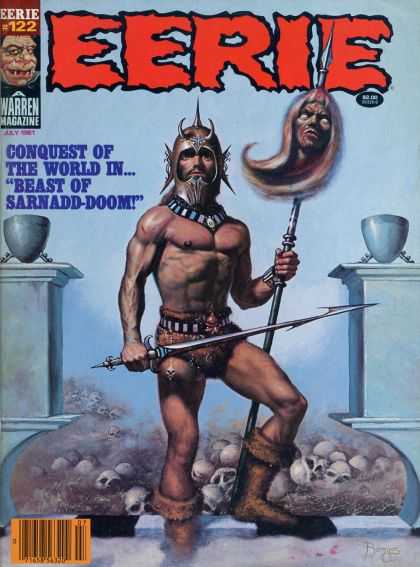 Rip Sheetrock will studly you into submission!