Sports > Other > 20 Most Powerful African Americans in Sports

20 Most Powerful African Americans in Sports 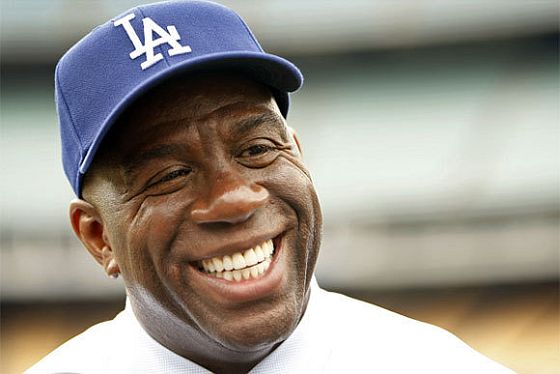 Last year we celebrated Black History Month by revealing our inaugural list of the 20 most powerful and influential African Americans in American sports. For Black History month this year we’ve decided to revisit the list, updating it based on changes in the sports and media landscape over the last 12 months.

We used much of the same criteria we used last year to shape this years list. We looked at a few key factors: money, influence on the game, ability to make personnel decisions and the ability to shape the coverage. To that we also added visibility on television and social media, as the more visible a leader is the most influence they have on sports and society. The goal is also to showcase a variety of different roles in sports, rather than just list 10 players and 10 executives.

We’ve opted to publish the list in alphabetical order this year, to end any confusion about rankings. Some of the most difficult omissions were minority team owners like Shawn “Jay-Z” Carter and Robert Johnson, who are hugely influential independent of their limited roles with their respective team. We were pleased to be able to add two women to this years list, both of whom just missed in 2012. 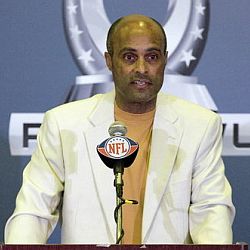 Anderson has one of the toughest jobs in the NFL today, as the right hand of commissioner Roger Goodell. Anderson, a former team executive, has acted as the NFL’s point person for both concussions and on-field discipline in recent years, and often addresses the media in Goodell’s absence. With the commissioner having burned bridges with players, it might only be a matter of time before Anderson takes over the NFL’s top job. 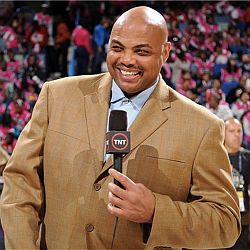 Usually power in sports can be defined by two things: money and the ability to make personnel decisions. Barkley, as a TV analyst and product pitchman, has little say how any franchise is run or the bottom line of any sport. That said, when Barkley speaks everyone listens, thanks to his high-profile and likable style. A media darling, Barkley hasn’t been afraid to call out players during his TNT telecast, a rarity for former players. While there are other African Americans with television jobs in sports, like ESPN’s Stuart Scott or Mike Tirico, no one else can make news quite like Sir Charles. 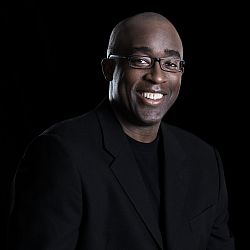 As the athletic equipment manufacturer’s Executive Vice President of Global Brand and Category Management, Edwards has sweeping influence on the company’s advertising, design and branding decisions. The world wide reach of Nike has helped spread American sports across the globe, and Edwards is a major force behind those campaigns. 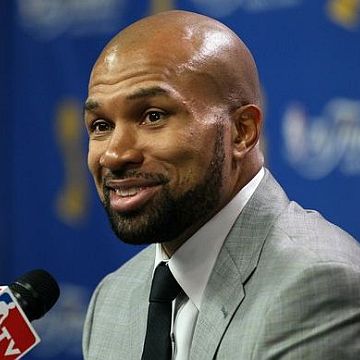 When Billy Hunter’s (a member of our 2012 list) tenure as the head of the NBA’s player union ended last week, it was Fisher who pulled the trigger. Fisher is now the head of the group responsible for hiring the next union boss for one of the four major sports, putting him in control of the destiny of future NBA collective bargaining agreements. By forcing out the corrupt Hunter, Fisher became the most powerful player in the NBA, and has had his name mentioned as Hunter’s replacement. 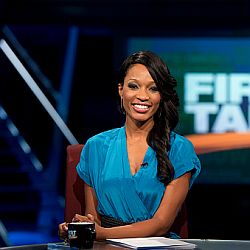 Like it or not, ESPN’s daytime program has a broad impact on the national conversation. As the new moderator of First Take, Champion is often in the middle of the debates and controversies that arise from the show. There are incredibly few African American women in sports media, and Champion’s visibility in unmatched. 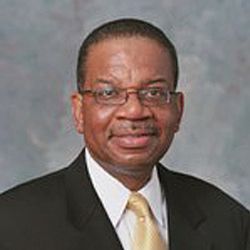 As a Senior Vice President of the NCAA for the last decade, Dr. Franklin has been one of the few minority faces in the organization’s leadership. In 2012, he assumed the role of the NCAA’s Chief Inclusion Officer, making him responsible for ensuring that minority candidates get fair opportunities for advancement at the university level. With current NCAA President Mark Emmert under constant fire, Franklin will be a top candidate to replace him as the head of college sports’ governing body. 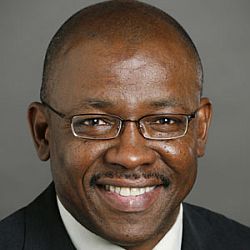 In the internet era The Sporting News isn’t the power it once was, but it’s still remains one of the media’s most respected names. Howard, as editor in chief, is a rarity in sports journalism, where the diversity of the news room is a distant cry from the diversity of the sports they cover. Howard joins ESPN’s Rob King (below) as one of the few African Americans who can actually shape the way sports are covered. 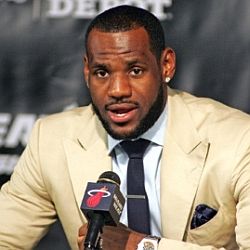 It seems like NBA players tend to dominate lists like this thanks to the power they have within the sport. In the case of James, his role as power broker during his 2010 free agency set an example (for better or worse) that other players have tried to follow. LeBron remains the NBA’s best example of the power that players have, and his 2012 title only further validated his standing in the game. While changes in the last CBA were meant to blunt the ability of players to form Miami-like super teams, the James led Heat remain the model that many star players look to in their own contract discussions. 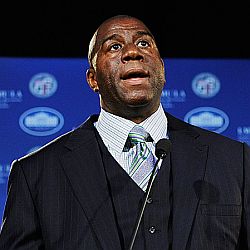 Magic isn’t the biggest investor in the new Dodgers ownership group, but he serves as the face of the franchise. With a new TV deal that will be the most profitable in baseball and one of the nation’s biggest markets, the Dodgers, and Magic, are poised to be major players on the baseball landscape. In a sport that has had trouble attracting both talent and viewers from the African American community, Magic represents an easy way to rebuild that relationship. His appearance on ESPN’s NBA studio show increases his visibility, but draws his attention from more important ventures. 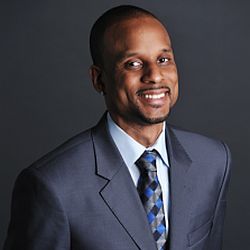 Jones currently splits his time writing for SBNation, appearing on ESPN chat shows and hosting his own podcast. Not only is Jones one of the most visible African Americans in New Media, he proves that you can talk about sports on TV without being a shouting moron. His ability to provide smart, supported arguments make him a role model for aspiring sportswriters. 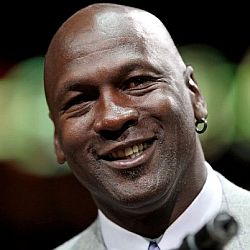 While his contributions to basketball as a player are unmatched, Jordan’s current role in the game is just as important. Since he purchased the majority share of the NBA’s Bobcats from Robert Johnson in 2010, M.J. has been the only African-American majority owner in any of the four major sports. When it comes down to it power comes from the pocketbook and Jordan is the only African American with the final say in personnel moves in the NBA, NFL, MLB or NHL. 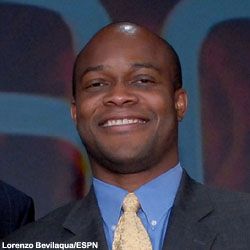 No one in sports controls and creates the narrative quite like ESPN. The broadcast behemoth is the biggest player in sports, which comes with both positives and negatives. As both a league partner and news outlet, ESPN often walks a fine line in their coverage, and many of those decisions are made by King, the Senior VP for Digital Media and Editor in Chief of ESPN.com.

King, thanks to the reach of the ESPN platform and his role in shaping coverage, is one of the most influential people in sports in general, and one of the very few who aren’t white. While King takes his fair share of criticism for ESPN’s problems, he has usually bewn aggressive when dealing with problems. 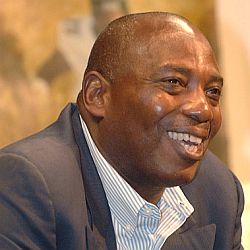 A Hall of Fame tight end for the Cleveland Browns and a legend at the University of Alabama, Newsome’s greatest impact on football has come after he retired. In his 18 seasons with the Baltimore Ravens front office (the first two while the team was still in Cleveland), Newsome has proven to be a great judge of talent, both on and off the field. As the first African American General Manager in football, Newsome has provided an example of why the league needs to put more effort into hiring and promoting minority executives. With the Ravens taking home this year’s Lombardi Trophy, Newsome reigns as the top executive in the NFL this offseason. 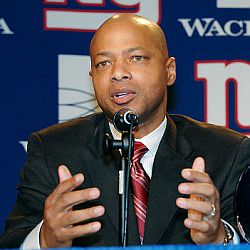 Six strong seasons and two Super Bowl titles ranks Reese as one of the most successful team builders in the NFL’s salary cap era. Add in the fact that he is doing all this under the glare of the New York media spotlight, and Reese becomes one of the most visible team leaders in sports. With New York hosting the Super Bowl in 2014 expect Reese to be front and center in the run up to the event. 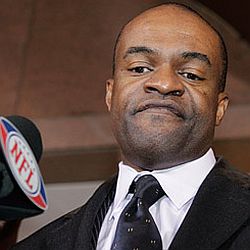 In the year since the NFL locked out its players over CBA negotiations, Smith has only seen his stature rise. Smith became a bit of a hero to the players as the first union head to stand up to NFL ownership in years, and Smith has (thus far) managed to avoid gloating over the constant missteps and mistakes by commissioner Roger Goodell. Public opinion of the union has continued to improve, which will give Smith significant power when he reopens the CBA to negotiations in four years. 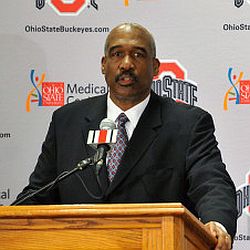 Smith’s last couple years at Ohio State haven’t been easy, but it appears that he has weathered the worst of the storm. Ohio State lost out on a chance for the National Championship thanks to a football postseason ban, but new coaches Urban Meyer and Thad Matta, both Smith hires, have the school among the athletic powerhouses in college football. As the head of one of the NCAA’s most profitable, and best known, athletic departments, Smith wields tremendous influence in college sports. 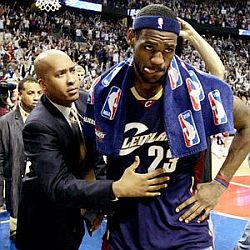 While you may not recognize the name William Wesley, there isn’t a basketball player in the country who doesn’t know him by his nickname, World Wide Wes.  While officially an employee of the C.A.A. talent agency, it’s his role as unofficial basketball power broker that has put Wesley in the middle of every major NBA story from the 2004 Detroit brawl to LeBron’s “Decision.”  A read of Alex French’s GQ profile of Wesley will only scratch the surface of his involvement in the game. 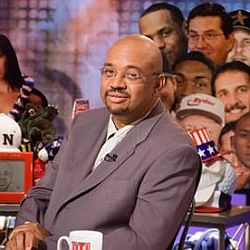 Wilbon might be on TV more than anyone else at ESPN, hosting Pardon the Interruption and working as part of the panel for the network’s basketball coverage. While Wilbon doesn’t have much editorial control at ESPN, the model that he and friend Tony Kornheiser established on PTI is now copied universally on sports shows. Wilbon is no longer the force he once was in print media with the Washington Post, but he still looms large in that medium as well. 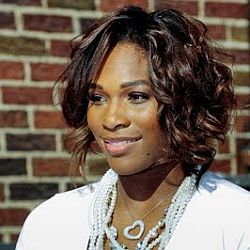 We didn’t include Serena in 2012 after a lackluster 2011 campaign, but she rebounded in a big way last year. Wins at Wimbledon, The US Open and the London Olympics propelled Serena back on top of the world rankings, and netted her significant media coverage. Serena wasn’t just the most successful individual African American athlete in the world last year, but the most successful overall. 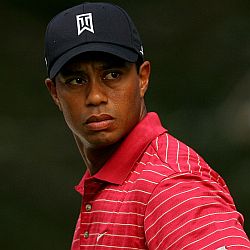 Despite sagging earnings and a continued major-less streak, Tiger remains one of the most visible forces in sports. Woods still moves ratings and sponsorships for golf by his mere presence, and remains the face of numerous marketing campaigns. The further we move from his cheating scandal and divorce the more companies will throw money at the still popular Woods to be the face of their products.