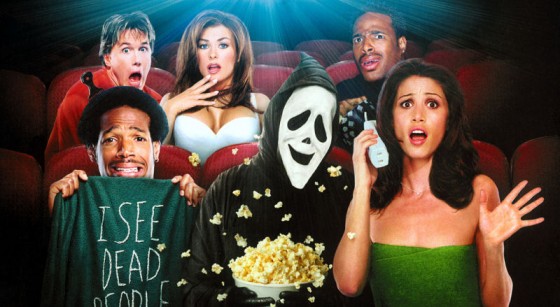 A movie trailer has one goal, to introduce an audience to a new movie coming soon. It has to be good or it could turn even the best of movies into a Hollywood flop. Bridge to Terabithia is one of the best examples of this problem. The movie trailer was horrible. Not only did it fail to excite us, it was so poorly constructed that most people forgot about it as they were leaving the theater. Although this movie did surpass $100 million in Box Office sales, it could have done much better if it simply won over the audience the first time.

No one likes movie critics so when they start telling us what is good and what is bad, we ignore them anyways. The critics came out telling us how great the movie was and about the film’s adaptation of the novel. But no one cared because it did not look interesting to begin with.

So when a scary movie is about to be released, it has to lure in the audiences from the first moment they lay eyes on it. The best way to do this is by making a truly scary and amazingly awesome movie trailer. Everyone is not going to jump to their feet from a movie trailer but when you get a person unconsciously leaning forward as the tension builds, you have done your job and the trailer is going to work. Here are the scariest movie trailers, not necessarily the scariest or even the best horror movies, for your enjoyment. Happy Halloween!

Let’s get started with a bang, shall we?

M.Night Shyamalan is at it again. He created this thriller which has a creepy trailer. If only his movies were never released and we did not have to suffer through another disappointing movie of his.

How? Why? This movie goes beyond the realm of Horror and pushes much further. The cult hit has become a ridiculously popular horror flick. So much so that they made two more of these.

It was the first of the Found Footage sub-genre of Horror movies. And it was the best. Nothing that followed it in that same category will be able to surpass it, it was an original.

Before you say anything, remember when this movie was released, 1974. This was nothing more than a slasher flick until the voice-over had to go and say it was real. No internet to research, no twitter or facebook to spoil it, this movie trailer was downright scary as hell.

When a movie sets out to be scary, it has to at least give us something to come back for after seeing the trailer. This is one of the best Horror movies of all-time and it does not disappoint.

Still not sure what this movie is about and we have seen it. However, this trailer did entice us to go out and watch it. Thanks Netflix.

Elevators oozing with blood and Jack Nicholson slowly going nuts makes for an amazing movie trailer for all to enjoy. If you don’t appreciate this movie, you just don’t get it. In 1980, this was one of the scariest things at the theaters.

Talking puppets that aren’t green frogs or fat pigs are normally going to be bad. This movie is not easy to find but if you can find it, you will not be disappointed. The trailer is so creepy, it was hard to fail.

The pop song they used as the background music to the second half of this trailer help to create a feeling of tension you can only reach when witnessing such a horror film. It is all about the jump scares but the trailer is more about the creep factor.

You could go with the original Nightmare on Elm Street trailer but it does not build tension and suspense like it did for the third installment of the Freddy Krueger franchise. There is something about children singing lullaby songs in horror films that is just plain creepy.

Do not even pretend that this movie trailer did not scare you. Even in the modern cinema this is a great trailer.

Not only was the trailer creepy, notice the masked face in the faded black background, it was stressful. If you don’t have a panic attack during the film, you better check your pulse because you might be dead.

The ending of the trailer makes a majority of us go, “Nope, no no no. No thank you.” Watch and see for yourself.

When a stranger breaks into a sorority house and then starts to call and torture the young women that live there, you have yourself a great Horror movie and lots of footage to use for an even better trailer.

Just when you think movie trailers can’t get much scarier, The Witch releases this masterpiece and raises the bar. How many people do you think are going to see this movie based solely on the trailer?

You haven’t seen this one because it was never released. It was then released in 2014 through DirecTV’s Video on Demand but pulled again. No word on when this scary diabolical movie will ever be released.

The rumors are true, this is one of the scariest movie trailers we have ever seen and it isn’t even in English. It is the only non-English speaking trailer on our list, it is that scary folks. Pay no attention to the words, that isn’t as important.