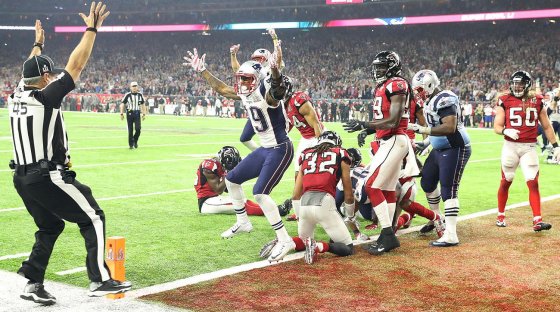 However, just because there are over 100 million viewers watching does not guarantee a great game. In fact, there have been many times that the big game does not live up to the hype either because one team is that much better or the other team just failed to show up.

As we approach another Super Bowl, let’s take a few minutes to go back and take a look at the 20 teams that gave us the worst Super Bowl performances of all time. Enjoy. 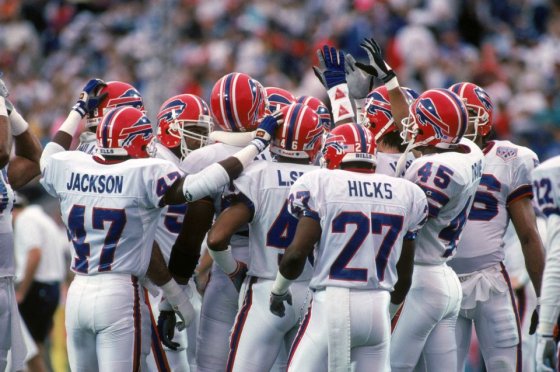 The Buffalo Bills reached Super Bowl XXVI just one year after Scott Norwood missed a 47-yard field goal wide right, costing the Bills a title. So they came in hungry and ready for another shot at the championship. However, the Bills just could not kick start their offense, ranked first in the NFL that season, and they headed into the locker room at the half trailing 17-0. They played sloppy and kept fumbling the football, six times total, but lucked out and only lost it once. For being such a high-scoring offense, the Bills laid a huge egg and allowed the Redskins to coast to a victory. 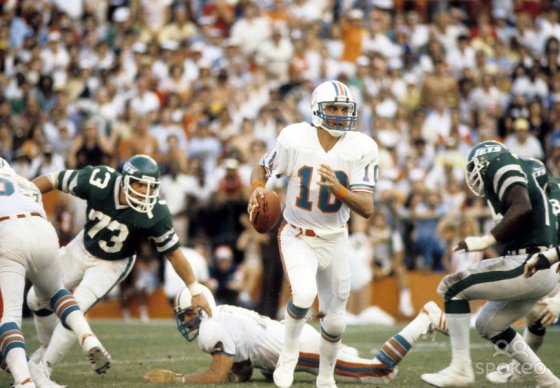 The 1982 Super Bowl was marked by the players’ strike and was one of the ugliest ever. The season was only nine weeks long so the playoffs went 16 teams strong and was highlighted by the Redskins and Dolphins domination throughout the playoffs. The Dolphins led 17-10 at the half but then failed to come out of the locker room for the second half. Washington ran for a Super Bowl record 276 yards and scored 17 unanswered points to beat the Dolphins while also holding them to 176 total yards on offense (They managed 76 of those yards on just one play). 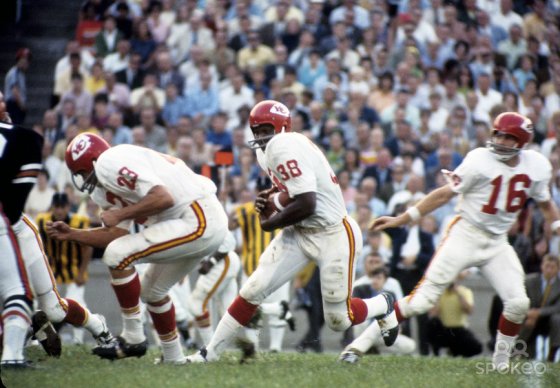 Super Bowl I was supposed to put the best teams from each league against one another but it ended up showcasing just how good the Green Bay Packers were in 1965. But, the AFL’s best team, the Chiefs, were no match to the Packers and their legendary head coach, Vince Lombardi. With a 14-10 halftime deficit, the Chiefs were looking like they could pull off the upset. However, since the game is played for 60 minutes, they failed miserably to play the second 30 minutes of the game and they let the Packers roll off 21 straight points to secure the easy win. 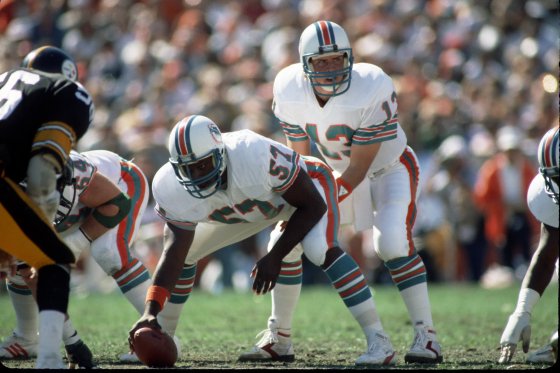 This one makes the list because Dan Marino did something that was never done before during the regular season, he passed for over 5,000 yards (5,084 yards). The record lasted through 2011. With a 14-2 record, the high-powered Dolphins offense looked unstoppable. In fact, they put up a season best 569 total yards of offense during the conference championship a week before. However, they faced Joe Montana and the NFL’s greatest team, the San Francisco 49ers, who finished the regular season with a 15-1 record. Miami was held to their worst offensive game of the year en route to a bad beating against a far superior team. 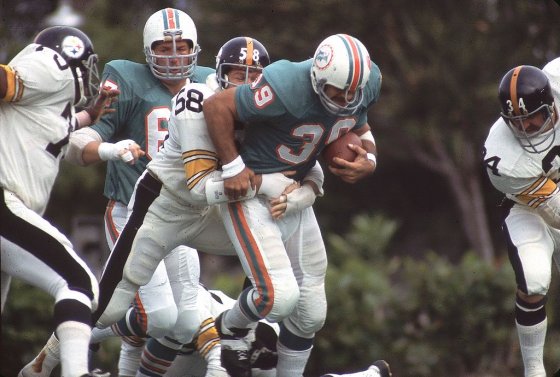 Sorry Miami but we could not forget your performance in Super Bowl VI. It remains the only time in Super Bowl history where a team failed to score a touchdown. On top of that, the Dallas Cowboys broke all kinds of records at the time and Miami never stood a chance. The Cowboys “Doomsday Defense” showed up and embarrassed a pretty good Miami Dolphins team. 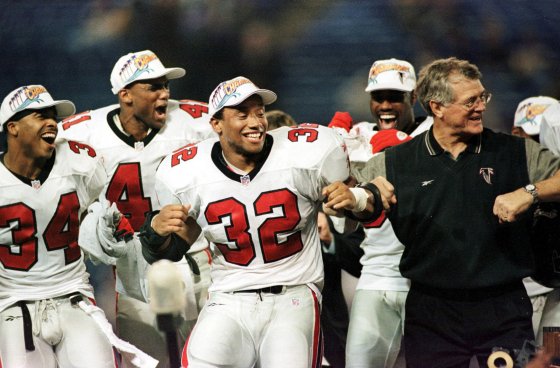 The Falcons came into Super Bowl XXXIII as major underdogs having shocked the world with their 14-2 season. Unlike the Broncos, who were the defending Super Bowl Champions, the Falcons were the surprise team of the season, finishing 14-2 just two years after going 3-13. They barely even got through the playoffs, edging the 49ers in the Divisional round by two points and defeating the Vikings by three in overtime in the NFC Championship. By the time Falcons fans knew what was happening, they were down 31-6 in the fourth quarter. The incredible run ended in the ugliest of ways. 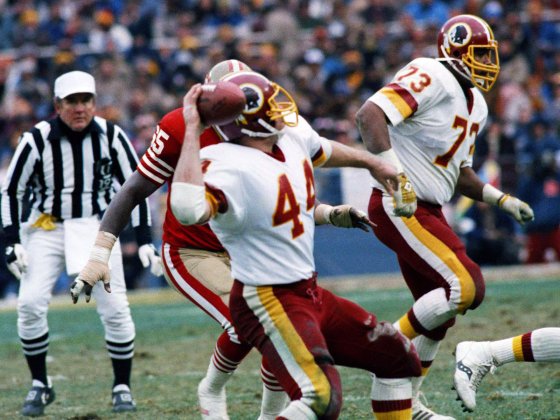 Although this was considered one of the best Super Bowls by Raider fans, it is easily the worst one ever by a Redskins team. They came in the large favorite and had an incredibly tough run defense and their offense broke the NFL record for most points in a season with 541, an average of 33.8 a game. However, the Raiders shut that down while also rushing for 231 yards against them (191 yards from Marcus Allen), nearly 50 more rushing yards than any other team managed to muster against them in 1982. 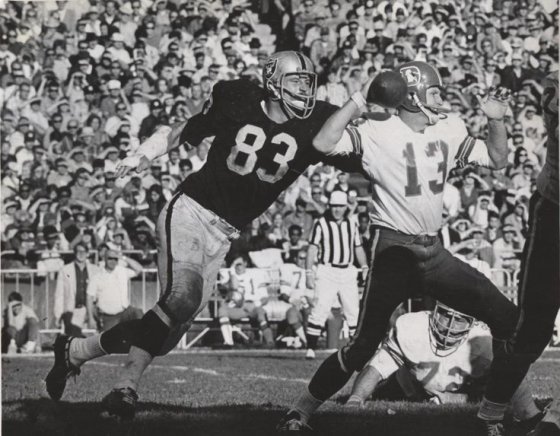 Since the AFL was considered to be far below the NFL in terms of talent, the dominate Oakland Raiders came into Super Bowl II with a chip on their shoulder after finishing 13-1 compared to the Packers 9-4-1 record. There was never any doubt in this game, the Packers were going to repeat as Super Bowl champions. 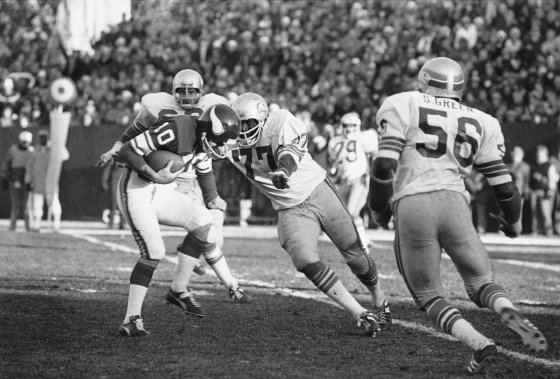 In their fourth Super Bowl appearance since 1970, most people expected the Vikings and their legendary “Purple People Eaters” defense to claim this one. With Fran Tarkenton behind center, the Vikings wound up watching Ken Stabler and his two Hall of Fame wide receivers (Fred Biletnikoff and Dave Casper) completely dominate the Vikings defense. The most points they allowed all season was 23 points and by the 4th quarter, the Raiders were up 32-7. 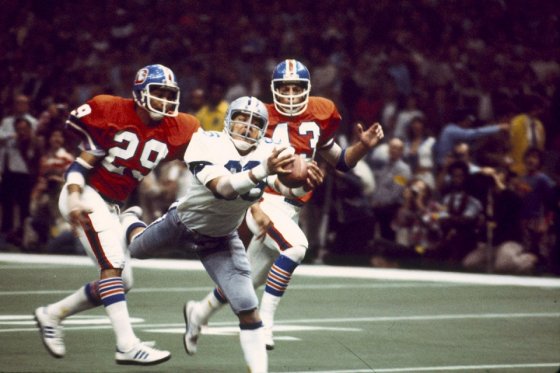 Apparently, if you have a defense that has a really cool nickname, like the Broncos “Orange Crush” defense of 1977, than you have terrible odds for winning a Super Bowl. As stacked as they were on defense, the Broncos allowed Roger Staubach to do whatever he wanted en route to difficult beating in which the Broncos trailed by 17 at one point. 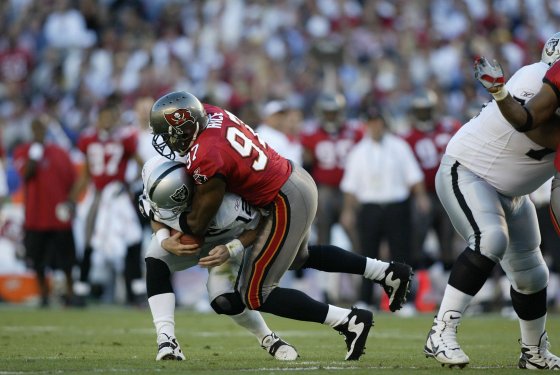 Jon Gruden was traded to the Tampa Bay Buccaneers in 2002. In his first season, he led the Bucs to the Super Bowl where he would face his former team, that he built into contenders. The incredible Bucs defense helped shut down the Raiders offense and led 34-3 before Rich Gannon was able to find the end zone. After a small comeback, the Bucs ended up doing something that was never done in Super Bowl history and they returned two interceptions for touchdowns (3 total in the game) securing the dominating win. 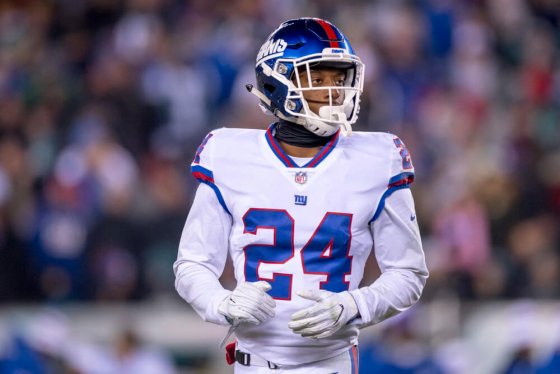 Ron Dayne and Tiki Barber formed a dangerous running back duo for the Giants that combined for 2,506 yards from scrimmage. Kerry Collins led the Giants to a 12-4 record that year behind the strength of their running game. But the Giants had to face the Baltimore Ravens, possibly the greatest defense of all time, and they just did not match up. 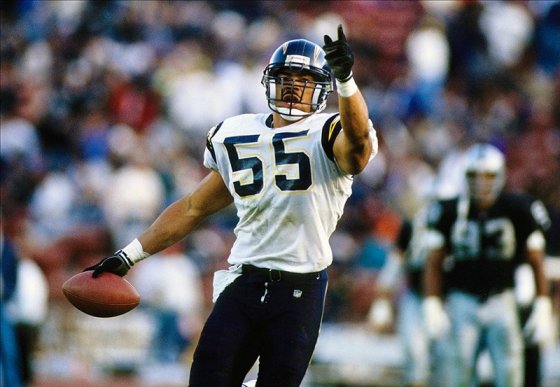 Since no one expected the Chargers to win 11 games that season, let alone reach the Super Bowl, the expectations were extremely low and they were 18.5 point underdogs. By the time San Diego fans realized what was going on, the 49ers were winning 42-10. Ricky Watters remains a name that Charger fans will remember forever. 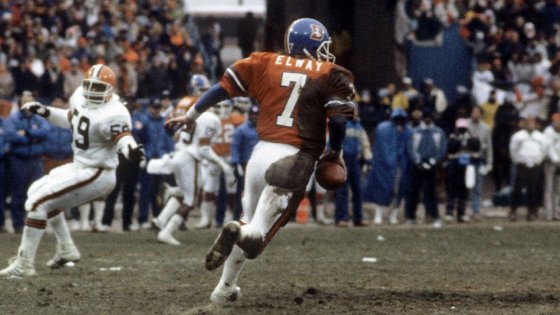 John Elway just couldn’t seem to win a Super Bowl during the 80’s and during Super Bowl XXI, he had his Broncos locked into a tight one, trailing 10-9 at the half. But the Giants then reeled off 26 straight points to pull away for good. 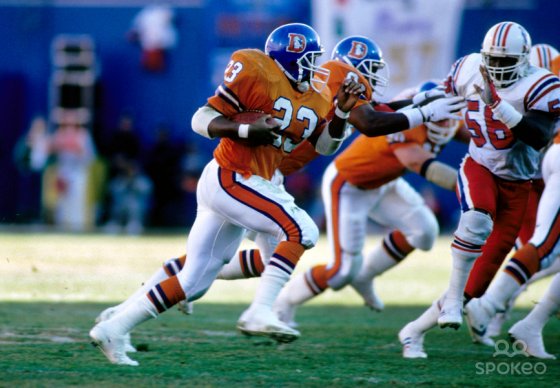 The Broncos came in as the favorites to win Super Bowl XXI and quickly jumped off to a 10-0 lead. But when the second quarter started, Denver seemed to shut off their engines and they watched as the Redskins scored 42 unanswered points (35 in the second quarter alone) on their way to a shocking 42-10 win. 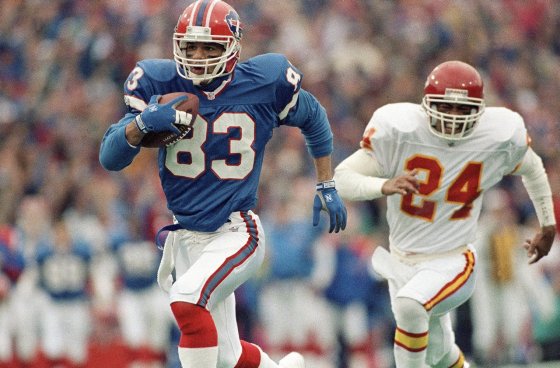 For the third straight year, the Buffalo Bills were back in the Super Bowl, having lost the previous two. Losing one Super Bowl hurts pretty bad while losing two in a row can be devastating. However, losing three straight could be something no NFL team could ever bounce back from. So, with Dallas leading 14-10 in the second quarter, the Bills had to do something. But instead of scoring, they started turning the ball over and before long, they had nine turnovers and were down 31-10. If you watch a replay of the game, you will see what it feels like to play in a game you don’t belong in, against a far superior opponent. 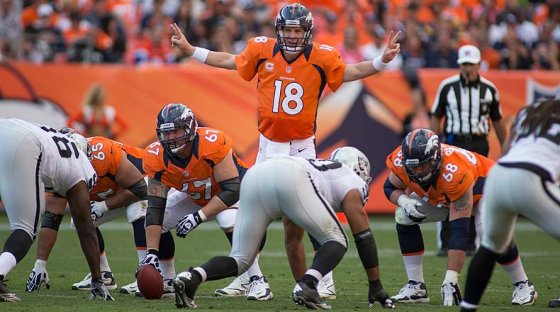 The 2013 Denver Broncos became the greatest scoring offense in NFL history when they broke the NFL’s record for most points in a season after scoring an average of 37.9 points per game. They were facing the Seattle Seahawks and their incredible defense, the best in the league. It was setup to be a great Super Bowl until the first play from scrimmage when Manuel Ramirez snapped the ball over the head of Peyton Manning, leading to a safety. It was a punch in the mouth that the Broncos never could recover from and with about three minutes left in the 3rd quarter, it was 36-0. The record breaking scoring offense of the Denver Broncos scored 8 points, their lowest since 2011. 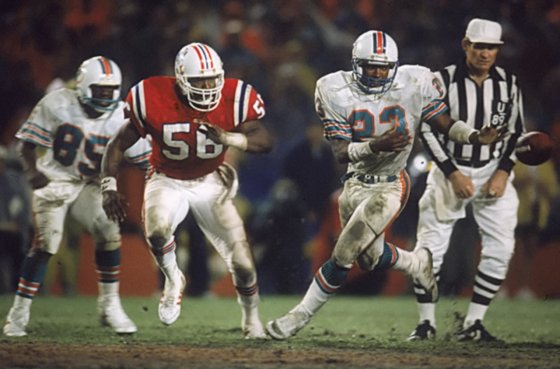 The ’85 Chicago Bears had a secret weapon, defensive coordinator Buddy Ryan. He came up with something the league had never seen before, the 46 defense, which was designed to confuse an offense and it worked. Teams had no clue what was happening when the entire defensive line shifted to the weak side of the line and two linebackers lined up along with them with one additional safety for good measure. The Patriots saw this and had no idea what to do. Steve Grogan was all over the place and was sacked four times while tossing two picks. The domination was capped off when William “The Fridge” Perry scored a rushing touchdown late in the 3rd quarter to make it 44-3. 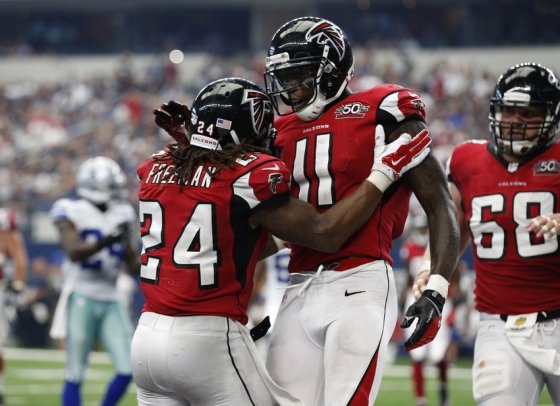 The Atlanta Falcons blew the largest lead in NFL postseason history when they allowed the New England Patriots to climb out of a 28-3 deficit with only two minutes left in the 3rd quarter. After Tevin Coleman scored in the 3rd quarter to make it a 25 point lead, the Falcons, and their fans, began celebrating before it was over. During the comeback, Tom Brady went 26-35 for 284 yards and two scores and was key to the most shocking Super Bowl finish of all time. 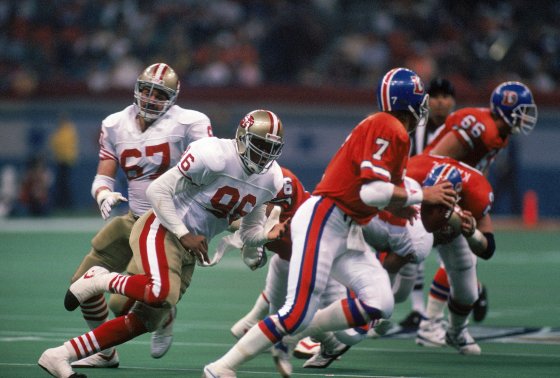 By the end of the first quarter, Super Bowl XXIV seemed like a battle between the leagues two best teams. Going into the second quarter, it was 13-3 and the Broncos had the ball. But that was the last time anyone considered this game close. The 49ers scored two touchdowns in each of the final three quarters leading to the worst beating in Super Bowl history. Everything about this game was ugly. Denver could not move the football and finished with 167 yards while turning the ball over four times.