Few among us can honestly admit to not liking at least one kind of cereal. But, if you’re reading this then chances are you’re -at least physically- an adult and your desire for the ‘Kid’s Cereals’ has waned quite a bit. After all, right about the time you head off to college is the time when you stop scarfing down bowls of Cookie Crisp and Apple Jacks for breakfast… and probably only do it when you’re baked out of your skull. 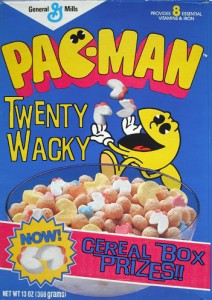 Anyway, the point is, as we mature we often set aside childish things such as the cereals we used to enjoy so much youths, which is sad, really, since even older adults still get that little giddy rush from extracting the prize from the box. Though many box toys lately are send-away offers or even web-exclusive give-aways, back in the day it was always the mad scramble to rapidly unearth the bagged goodies deep within the recesses of the sweet goodness.

Yes, even I was blessed with two younger siblings who’d want to acquire the cheap, worthless trinket as much as I, so we fought until my parents wised up and bought several boxes. However you remember your breakfast treasure hunts will surely lend a bit of nostalgia to these 20 Wacky Cereal Box Prizes, in honor of National Cereal Day. I’m getting my Cap’n Crunch on right now… 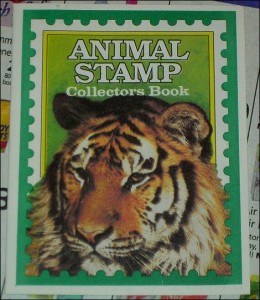 “After I get these stamps out, I’m mailing away for new parents…”

This was one of those prizes that always looked so much more… ‘more’ on the box, when in sad reality they were kinda dull and only offered maybe 5 stamps to the booklet. Fun. 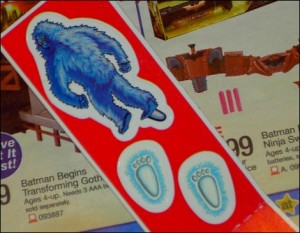 It should come as no surprise that these stickers came inside (HA!) the boxes of Monster Cereals. Somehow I think it would have served nicely their bizarre sensibilities to have come free with like, C-3PO’s. 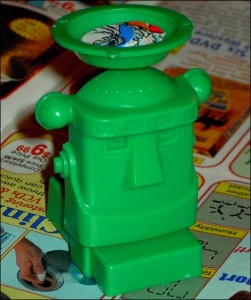 Often times the prize within matched a theme that the box was attempting to convey. These weren’t always hits, largely depending on just what the company was trying to do. In this case, Cap’n Crunch’s Crunchbot was a pretty cool idea. 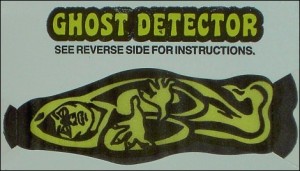 I actually remember this one. I was never quite sure how it actually worked or just what the supposed spirit had to do to set it off, but according to it, my house was riddled with angry spooks. 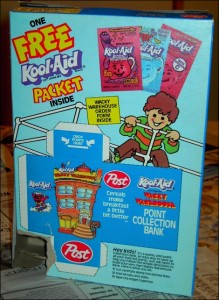 Wow. That was almost worth dumping cereal all over the floor. Shit.

This certainly seemed to be the most logical, if not sadly boring, prize inside the box. All kids love Kool-Aid and nothing screams fun like watching your hard-fought trinket get swallowed up by everyone in the neighborhood. Thanks, mom. 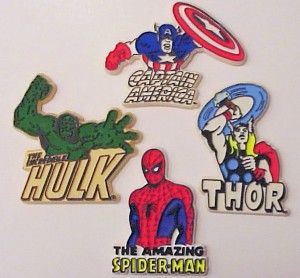 Awesome. I can almost imagine playing with these. For about 10 seconds.

Now you can proudly display your C- Algebra homework in style. Dipshit. 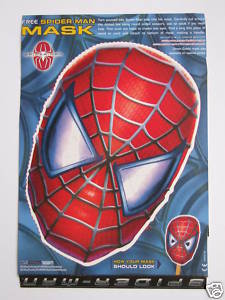 Another money-saving attempt to fool kids. All the company had to do was print the mask on the back of the box rather than put something cool inside of it. Cheap bastards. 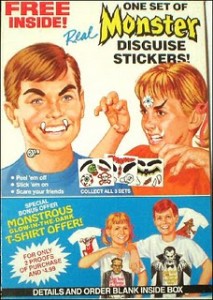 Um… I think we need to have a talk to the manufacturers about what it entails to be ‘disguised’. Because if I can clearly see your face through the half-dozen tiny stickers you’re wearing in an attempt to conceal yourself as a monster, well… the point has been utterly defeated. 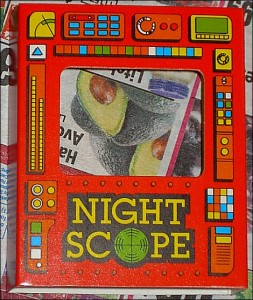 “Let’s get these to the Troops, stat!”

Boyfriend: “Check out the this sweet Night Scope I got in my cereal this morning. Now we can play Sexy Spy tonight!”
Girlfriend: “You suck at life.” 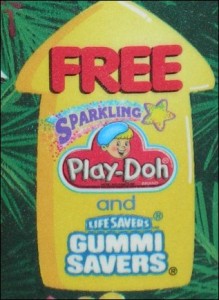 Thank goodness that Play-Doh is non-toxic cuz it definitely tastes better than the Gummis.

Boy, I sure pity the poor fool who mixed these things up. Tasty.

Now these were the kinds of prizes I lived for. Actual little toy monsters that you really could play with. That is until the neighbor’s dog got a hold of it. Choke on it, bitch! 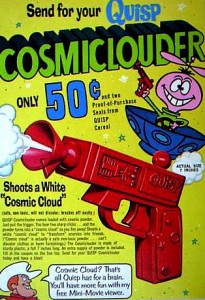 If you can name one kid who had skeletal-enough fingers to actually operate one of these guns without having to jam them in the trigger thereby breaking the thing for good, I’d like to meet him… and smack him. 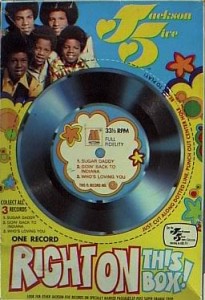 Well now, this is pretty groovy. A little, flimsy record you could set up on your Fisher Price record player and get funky to three big hits from the artist. Or, better yet: Sharp Frisbee. 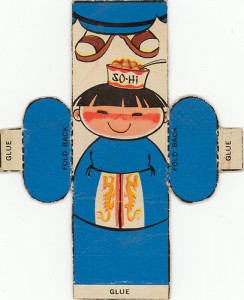 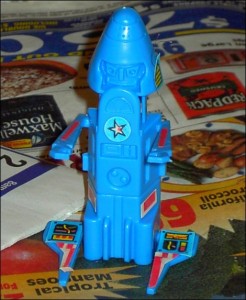 “Dad. Why did my cereal come with a dick with arms?”

I suppose if you’re gonna cash in on the Transformer craze of the 80’s, might as well do it as shitty as possible. 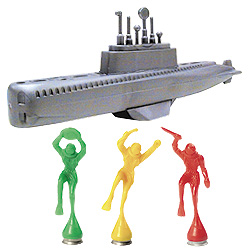 Another one of my favorites and a true classic. Who didn’t love the aggravation involved in trying to get this bath-going vessel to work with baking soda and vinegar? Ah, memories… 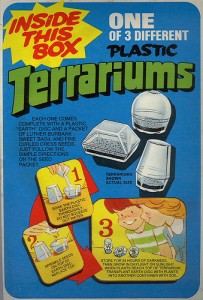 Ah the beauty of terrariums. Who wants to watch Pill Bugs fuck?

I’m not really sure what the company had in mind for your intended captives for this so-called, ‘terrarium’ since once built it’s roughly the size of a Kleenex box… maybe the cockroaches living under your fridge? 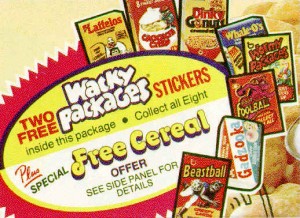 Now we’re talkin’! Wacky Packages were some of Topps’ coolest ideas ever! Long before Garbage Pail Kids, these were the cards that would gross out your parents. Awesome. 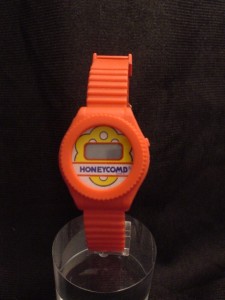 Now that’s a fashionable time piece. And it smells like honey.

If I had to pick the second coolest prize offered right after the License Plate from Honey Comb, the watch would be it. I had a few of these and my favorite was the green ones that glowed in the dark. Take that, Ghost Detector! 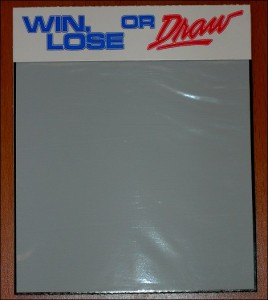 I think you lost.

This was one of those plastic sheets draped over the black waxy backing that was all the rage on long-ass car trips. Until it got excruciatingly boring in about 10 minutes. Hurray for crap.

Note: Though many of these were found in lots of different locations all over the web, I’d like to thank X-Entertainment for having the best ones. And I borrowed a few. Yep.