Sports > Other > 20 Worst Things About Attending a Professional Sporting Event 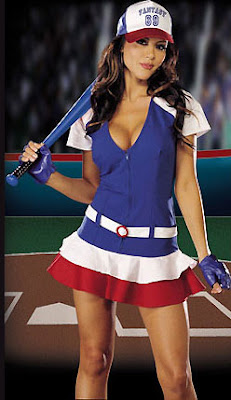 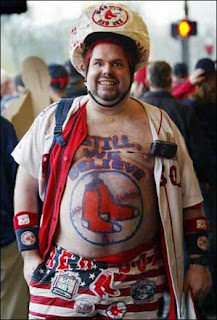 Do we really need Asian-Cajun food and dragon rainbow rolls at a baseball game? I can’t even eat a hotdog without getting mustard all over my shirt, face and the guy sitting next to me and you expect me to be able to intake a cornbeef Rueben on Rye in a manner that is publicly acceptable ?

19. Everything is Sticky
My urine, cotton candy, beer, dip spit and Crackerjacks probably don’t help the cause.

18. Excessive Home Team Representation
You’re wearing the hat. We get it. Is the authentic jersey, sweatpants, and special team shoelaces really necessary?

17. Getting Thrown out for Heckling Players on the Other Team
If yelling obscenities at opposing players isn’t considered utilizing home field advantage and the behavior of a true fan and model American, then I don’t know what is.

16. Ushers who are Drunk with Power 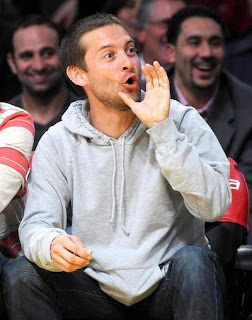 Why are all these guys so old?

15. Pressure to Cheer and Stand up Whenever Something Happens
I’ve got chicken tenders on my lap and I’m trying to open a fucking ketchup packet here. I am not standing up. Unless there’s a fight, of course.

14. My HDTV is Better Than Real Life
Unless you’re a girl. Then you can’t tell the difference.

13. The Perpetuation of the Class System
Not only are these seemingly more important individuals close enough to see what’s going on, but I bet if the stadium hit an iceberg they would be the first ones on the life boat too. Would it help if I let someone draw me naked?

Seeing someone in a custom jersey is like seeing Paul Walker in a movie. You just think to yourself, is this guy fucking serious? It’s like putting a kick me sign on your own back. Oh, and number 69? Of course 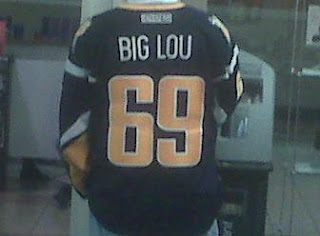 , because you partake in so many 69’s with hot chicks that you just had to commemorate it with a jersey. And is that your nickname on the back, or did you just see Top Gun for the first time, start calling yourself “Ice Man” and make up this jersey in a last ditch effort to make it stick? I guess, “Fuck, who told Greg about the party?” wouldn’t fit.

10. The Commercial Stoppages
I’ve lost my family’s life savings and most of my mother’s jewelry gambling on the little races they have during these. 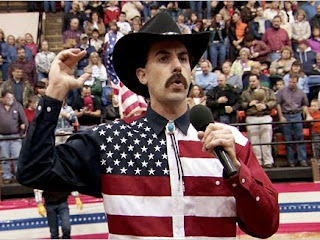 9. The National Anthem
Now I’m all for The National Anthem. I mean, I want to pay tribute to my country and all it’s done for me. I want to reflect on all the people who have sacrificed their lives just so I could have the privilege of attending a sporting event as great as this one, but I can’t take my hat off. There’s a hot chick two rows over who’s going to notice that I’m balding and have hat hair. I think my boy G Washington would understand.
8. Never Catching a Foul ball or Being on the Jumbotron
I’ve come closer to paying for porn.

For Numbers 7-10 Check out: The Ultimate Hatelist