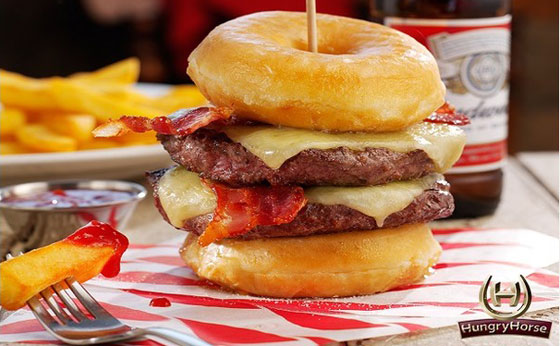 Look at it. LOOK.

It should be noted that I’m based in England and meals like this don’t come by very often, which is most likely why this burger has hit national news. The burger consists of two beef patties and four bacon rashers served in two glazed donuts. That’s 53 grams of saturated fat and 8.2 grams of salt.

Mel Wakeman, a nutritional expert, has criticized the restaurant’s decision to put the burger on the menu, especially at a time when high street food chains have been asked to make their meals more healthy in a bid to counter the obesity crisis.

‘This is simply ludicrous and irresponsible,’ she said. ‘I am no killjoy but why is this sort of food available? This burger is literally a heart attack on a plate.’

With that said. Once I’ve gone and tried one, I’ll come back and let you know what its like! 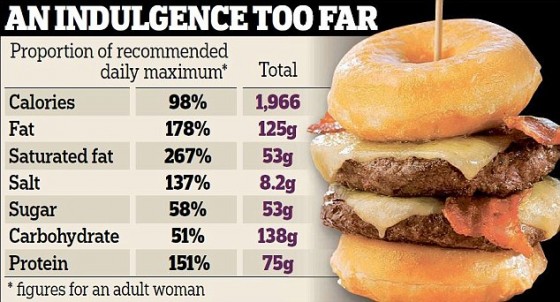