It was supposed to be one of the great no-brainers of all time. The 2010 free agent class in the NBA was to be a transformative one that would alter the face of the league for a decade to come. Yet how many of those players would you sign to the same contract only three years past that memorable summer? How about we put it this way, “If all the free agents from 2010 were available this summer, how exciting would it be?” The results may surprise you. 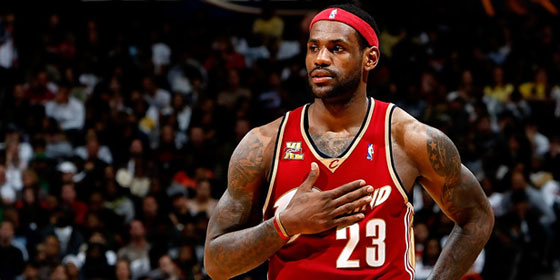 The four-time MVP is still a no-brainer. If you had the opportunity, you would sign James on for the next five years for the max. As a matter of fact, James’ super-team of friends is starting to look really pedestrian if King James is not anchoring them. This is becoming increasingly apparent in their series against the Indiana Pacers. After James though, everyone else is starting to look really suspect. 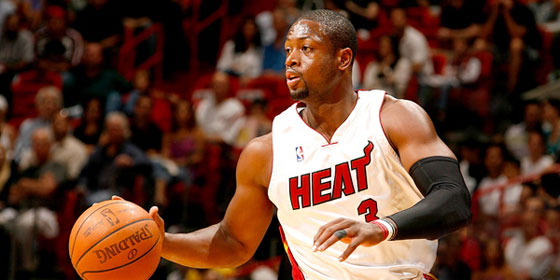 Think about Wade in the following manner. Lets say that Wade was a free agent after this post-season was over. If you are the Chicago Bulls, would you fly Wade up to Illinois in order to offer him a contract averaging over 10 million dollars of cap space for the next four years with today’s collective bargaining agreement on day one of free agency? Just three years removed, that scenario now seems a bit ridiculous.

The harder question is whether the Heat would give Wade the same contract today that it gave Wade in 2010. The truth of the matter is that you might offer Wade a one-year deal guaranteed with a team option for a second year. Wade’s body as well as his ability to contribute over the course of a season has been exposed in 2013. 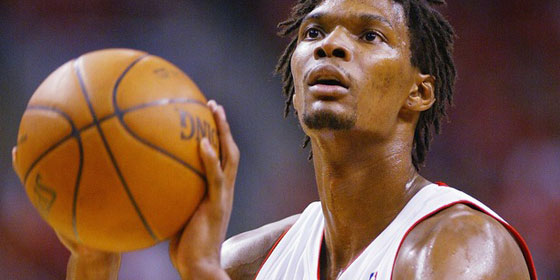 You had to know when Bosh signed with the Miami Heat in 2010 that Bosh would not be asked to score 20 points a game. Toronto was a perennially bad team and Bosh simply had to shoulder the scoring load. However, would anyone really expect that Bosh would be signed on to get 13 rebounds over the course of five game in the Eastern Conference finals? If Bosh is not being asked to be a scorer and Bosh is not rebounding on the other side of the court, then why exactly is Bosh getting the near max superstar pay grade?

On the flip side, where would Bosh fall among available big men this summer? Dwight Howard coming off of a surgery would get the first day look. Bosh would now be the type of player asked to fill a void as a back-up plan after you lost out on a sweepstakes. As a matter of fact, Bosh may well be trade bait before the deadline in 2014. The embarrassment is that teams might take the bait just to clear out cap room. 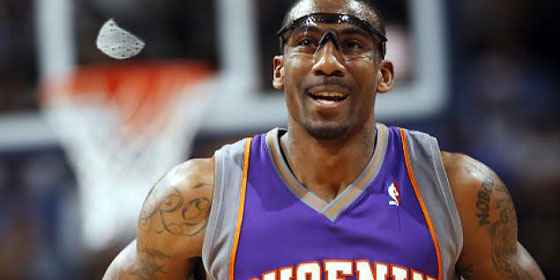 If you were the New York Knicks in 2010 and had a working crystal ball, would you give money to Amar’e Stoudemire from the Phoenix Suns or attempt to lock-up David Lee to a long-term deal? A healthy David Lee was the cornerstone from an impressive run by the Golden State Warriors in this years playoffs. Three years in, people are still trying to figure out what Stoudemire’s role is with the Knicks or if they can keep him upright for an entire season.

Throwing the whole situation one better, if the Knicks could have signed David Lee and Nate Robinson for the same money as Stoudemire for the same length of time, which deal do you think that they would go back and take? Given the present circumstances, it is entirely possible that Stoudemire might have another uniform on next season anyway whether that be by trade or another round of free agency. 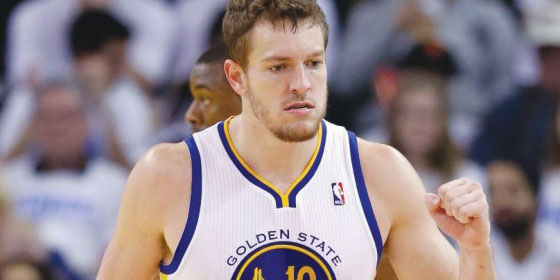 Not only would the Golden State Warriors sign David Lee today, they would have to bid against other teams for his services if Lee was available in the off-season. Lee is a player who teams would look at as a piece to build around. Lee may still not be the main piece, but if you had a choice tomorrow between Lee, Chris Bosh, Paul Pierce, or Dwyane Wade; which one would you take for the next three years? How fast would the Miami Heat pull the trigger if the offer came in from the Golden State Warriors to trade Lee for Bosh tomorrow? They would shoot faster than Clint Eastwood’s “Man With No Name” in those spaghetti westerns. 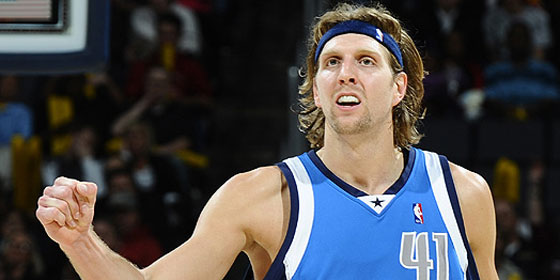 Dirk started out the 2013 campaign hurt. If he was a free-agent after the 2013 season, it would be a hard conversation… for the Dallas Mavericks. Moving forward, no team would really look at Dirk as a foundation piece. If they could get Dirk for a lower rate to put them over the top on a near-championship team, then a team like Miami or Chicago would do it. However, if the Mavericks were to do the seemingly unthinkable and amnesty Nowitzki, things might get cold on the phone lines for a while.

Obviously, getting Dirk back into the fold was a great move in 2010 with the 2011 title. It is the volatile nature of the game that today would put Nowitzki into the same category today that Shaq was potentially in back in 2010. It is to the point that Nowitzki has said he will take a massive pay cut next season in order to try to lure a free agent such as Chris Paul or Dwight Howard. 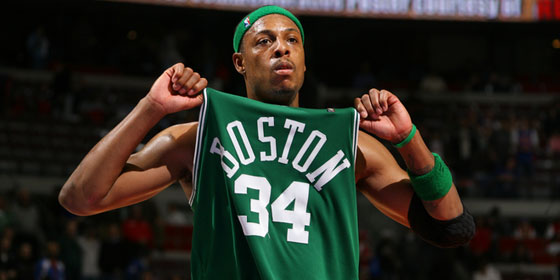 In 2010, Boston was coming off of a world championship in 2008 as well as a narrow loss in 2010. It would have been a huge blow to the morale of the city of Boston to simply let that go. Boston actually had an air of arrogance against James’ Heat in the early going. That did not stop the Heat from making the Finals in 2011 and 2012. The Heat then took away Ray Allen in 2012.

Now, the Celtics have to decide whether to keep Pierce around. If Pierce was a free agent in 2013, he would get calls. However, like a few of the others, those calls would come a little later in the process than they did a few short years ago. There were conversations about trading Pierce before the trading deadline and Boston may be in full on rebuilding mode. A long-term deal would probably not be in the offing from anywhere today. 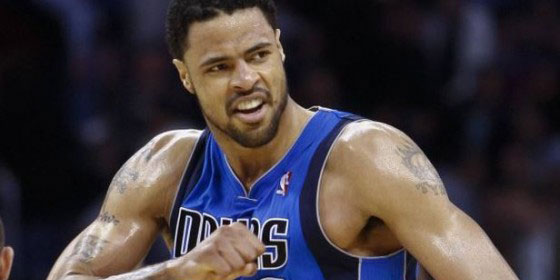 The only problem that you could say about the signing of Tyson Chandler by the Dallas Mavericks in 2010 was that the contract was too short. Chandler was instrumental in bringing the Mavericks in their only championship in 2011. If the Mevericks had continued with Chandler, they would have a chance to at least compete in 2012 as well as 2013. The Knicks have been a playoff team since the addition of Chandler and last year the Mavericks fell off. Chandler is a signing that you would make again tomorrow. 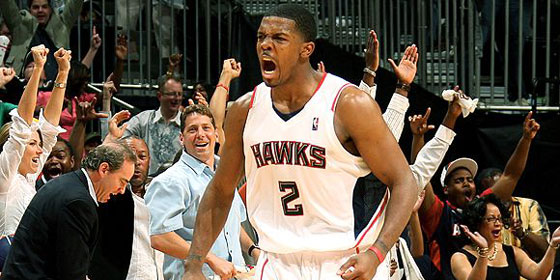 This one can actually be debated quite a bit. On the one hand, Johnson is still a valued contributor for a team. That team is the New Jersey Nets. The problem is that Johnson originally re-signed with the Atlanta Hawks (who were willing to later trade him.) The Hawks now have a decent team and loads of cap space. The point is that they could still be building around Johnson.

Now, Johnson is a starter with Deron Williams and Brook Lopez. Johnson might still command the same attention in 2013, but only because a free agent class that potentially includes shooting guards O’J. Mayo, Tony Allen, and Kevin Martin would make Johnson look like the best of the bunch only by comparison. It’s potentially a signing that you would still make. However, you would still also make a deal to improve your team by using Johnson as well. 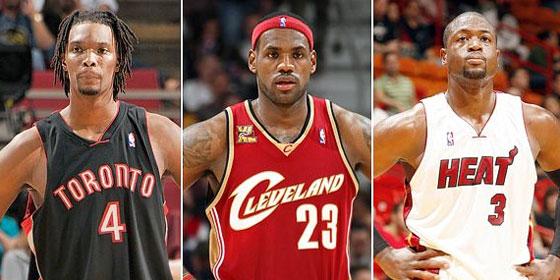 Only three years removed, you would hand the same free agent deal to potentially three of the nine marquee free agents (even looking backwards) in 2010. For a free-agent class still heralded for giving us the ‘Big Three,’ you have to scratch your head at its potential historical meaning.