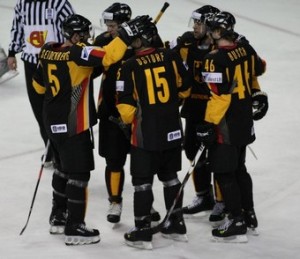 Updating our 2010 Winter Olympic Ice Hockey Preview, today we examine the rest of the Olympic draw. For the third time in three Olympics, the format for the tournament has changed. Twelve teams will be divided into three groups of four nations. The first nine qualifiers were based on the IIHF World Ranking after the 2008 Men’s World Ice Hockey Championships. These nations received automatic berths and require no further qualification. 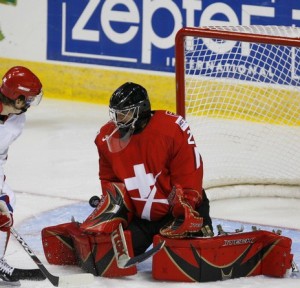 To this point we have profiled the Big 7 nations, all of which fall into the automatic qualifier categorey. The other two nations already in are Switzerland, ranked 7th overall, and Belarus, ranked 9th. Both nations have enjoyed some recent Olympic success. Switzerland finished 6th in 2006, including victories over the Czech Republic and Canada. Belarus finished 4th in 2002 with a stunning upset of Sweden in the quarterfinals.

The final three spots remain up for grabs. Twenty-one nations had an opportunity to qualify, but that list has been pared down to twelve. We’re currently in the midst of second round qualification. Countries that remain are: Germany, Latvia, Norway, Denmark, Italy, Slovenia, Austria, Ukraine, France, Kazakhstan, Hungary, and Japan. Based on IIHF rankings, the favorites to advance are Germany, Latvia, and Norway. Final results won’t be known until early February. Depening on who qualifies, the final Olympic draw will look as follows: 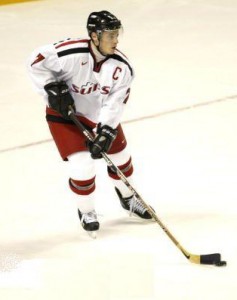 Group play will determine seeding for the knockout stage of the tournament, with the best teams garnering byes in the first round. All nations will advance to the knockout stage, however. Due to the lack of NHL players and extreme unlikeliness of the countries to medal, we won’t do full previews for the remaining countries. But there are some noteworthy players that should be mentioned. We’ll run down each country briefly.

Switzerland – The Swiss will boast at least two notable players whenever they play. First is defenseman Mark Streit, the team captain. Streit plays for the New York Islanders and is one of the best offensive defenseman in the game. The other notable player will be in goal, where the team will start either Jonas Hiller of the Anaheim Ducks or Martin Gerber of the Ottawa Senators. Switzerland has not won a medal at a major tournament since a bronze medal at the 1953 World Championships. 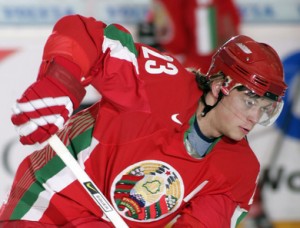 Belarus – The Kostitsyn brothers, Andrei and Sergei, hail from Belarus. The pair are good up and coming forwards for the Montreal Canadiens. Also keep an eye on Mikhail Grabovski, a possible rookie of the year candidate for the Toronto Maple Leafs and sturdy defenseman Ruslan Salei of the Colorado Avalanche. Belarus has never medaled in a major tournament, but was part of the USSR until the 1994 competitions.

Germany– Deutschland has the most NHLers of the non-Big 7 countries with eight current players. Coached by former NHL star Uwe Krupp, the team’s most notable player is long time Washington Capitals goalie and current Tampa Bay Lightning Olaf Kölzig. There’s a good chance Kolzig may pass up the chance to play in 2010, however. Defensemen Christian Ehrhoff of the San Jose Sharks is probably the country’s current best player. Also keep an eye on Jochen Hecht of the Buffalo Sabres and Marco Sturm of the Boston Bruins. Germany has never won an international competition, and their most recent medal was a bronze in the 1934 World Championships 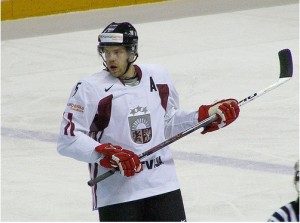 Latvia– Four Latvians currently play in the NHL, although none are big names. The country has never finished higher than 7th in a major championship, but keep in mind that it was absorbed into the Soviet Union after World War II and only became independent as a hockey squad starting in 1993. Pictured is Rochester Americans/Florida Panthers forward Jānis Sprukts.

Norway– Norway’s never enjoyed the success in ice hockey that it’s Scandinavian neighbor Sweden has. It’s best finish was in 1951 and was a 4th place in the World Championships. The country only has one NHLer, defenseman Ole-Kristian Tollefsen of the Columbus Blue Jackets. 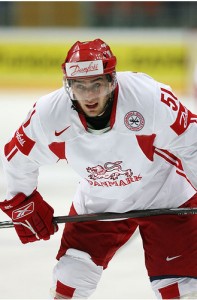 Denmark – Arguably the country making the biggest strides in it’s program, the Danes have a nice core of young players. Frans Nielsen of the New York Islanders was the first Danish citizen to play in the NHL. He’s been joined by Jannik Hansen of the Vancouver Canucks and potential future superstar Mikkel Bødker of the Phoenix Coyotes. Bødker’s older brother Mads is also a defenseman for the national team. Denmark’s never qualified for Olympic play.

Italy – No Italians play in the NHL, and they’ve never finished higher than 7th in a major competition.

Slovenia – Slovenia’s not a big hockey nation, and has only had one NHL player in its history. The good news is that the one player is young star Anže Kopitar of the Los Angeles Kings. After Kopitar, there’s a real lack of depth.

Austria – There are three current NHLers, most notably superstar forward Thomas Vanek of the Buffalo Sabres. The other two are defenseman Thomas Pöck of the New York Islanders and forward Andreas Nodl of the Philadelphia Flyers. Austria has not won a medal in a major tournament since 1947, and has not broken 10th place since 1994. 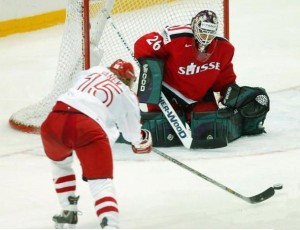 Ukraine – Like all of the former Soviet republics, the Ukraine only began competing on its own in the early 1990s. The nation’s top finish was at the 2002 World Championships when they finished in 9th place. Its two NHLers are Ruslan Fedotenko of the Pittsburgh Penguins and Alexei Ponikarovsky of the Toronto Maple Leafs (although the latter became a Canadian citizen in 2007).

France– The country has never medaled in a World Championship or Olympics, but did win European Championship gold in 1924. Goaltender Cristobal Huet of the Chicago Blackhawks is the sole NHL player from France. 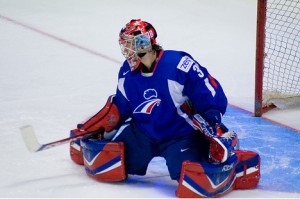 Kazakhstan – After separating for the USSR, Kazakhstan has qualified in two of the last three Olympic games, finishing with a high place of 8th. Nikolai Antropov of the Toronto Maple Leafs is the country’s lone NHL player.

Hungary – There are no Hungarian players currently playing in the NHL and the team hasn’t cracked the top 12 in a major championship in a long time. 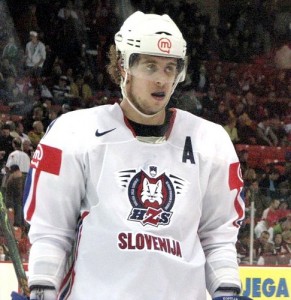 Japan – Asia’s strongest team, Japan has no NHLers and is not consider a major threat to qualify or advance in the Olympics. 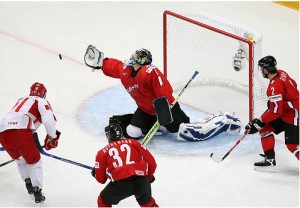 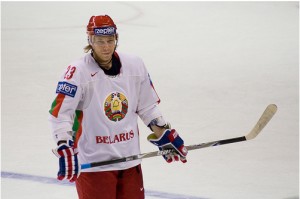 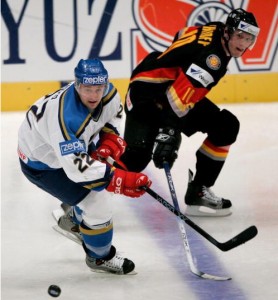 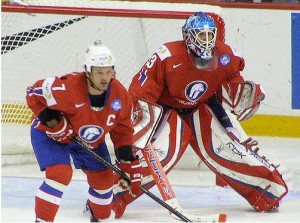 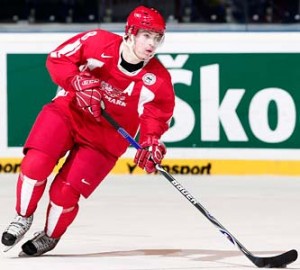 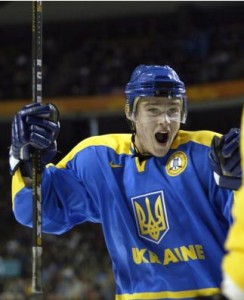 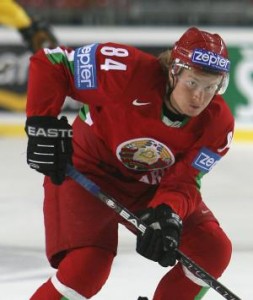