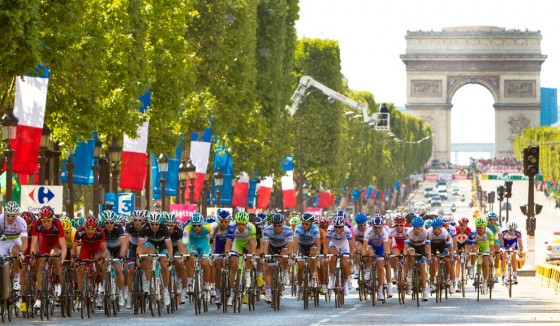 The Tour de France concluded yesterday in Paris, with Cadel Evans of Australia taking home the major victory. The epic three week race routinely produces some of the most stunning images in sports. As always, Boston.com’s The Big Picture did a fabulous job again this year of telling the story in photos with a two part collection : 2011 Tour de France, Part 1 & Part 2. They shared nearly 70 photos of the event, below are merely 20 of our favorites :