Since last year’s draft drinking game was such as smashing success, the resident drunkards/pigskin fans at Gunaxin have tasked me to devise a brand new one for this week’s human cattle call. And being that I’m such and awesome team player kind of guy, I was more than happy to oblige them. So, without further ado, here is your officially unofficial 2012 NFL Draft Drinking Game. May your blackouts be merry.

Grab your favorite spirit and knock one back when…

The Saints “Bounty” Scandal Is Broached

This story just won't go away, nor should it. The Cajuns were basically running a mafia style syndicate from 2009 to 2011, with Mickey Loomis as the Boss, Sean Payton as the Underboss and Gregg Williams as the Capo. Methinks the ESPN/NFL Net talking heads will be salivating to opine further on what has become the biggest and strangest pro pigskin development in years. 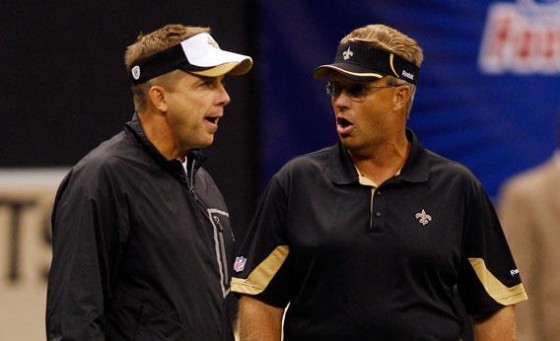 Even though he can't figure out how to beat Tom Coughlin's Giants in the Big Game, Belichick is still firmly entrenched upon the throne of coaching royalty. And of course the pundits will do their very best to remind us all of his "genius" at every opportunity. I mean, he's an excellent talent evaluator, but he's not immune to draft day blunders. See Laurence Maroney, Chad Jackson, Terrence Wheatley, Shawn Crable, Ron Brace and Taylor Price, to name just a few of the bozos selected during his watch. 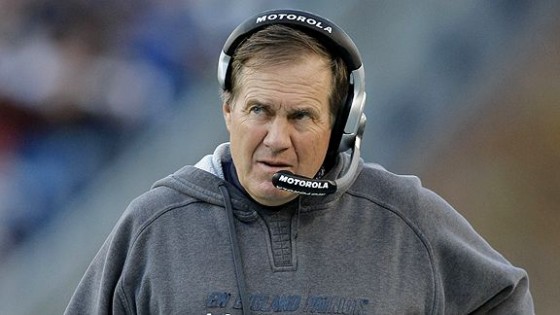 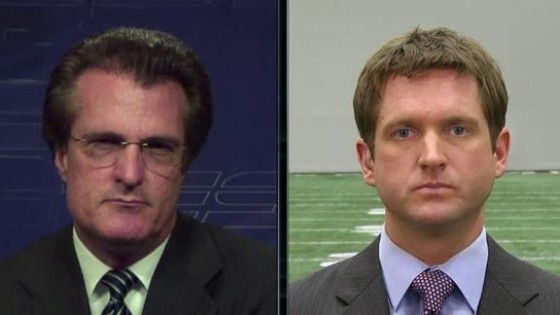 if there's one thing both draft broadcast teams love to pontificate about, it's Peyton Manning's future after undergoing multiple neck surgeries and suffering nerve damage in his throwing arm. Is he capable of returning to his old form? Did Denver risk too much to acquire an aging quarterback with a potential "dead arm" who has played in one offensive system his entire career? Is he one hit away from retirement? The number of Peyton related questions is endless. 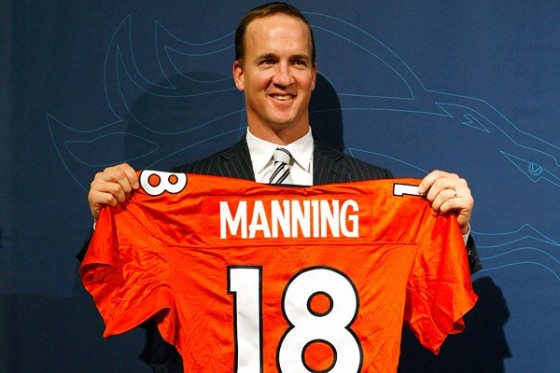 This might not happen, but just in case it does, have your beverage of choice at the ready. Ya see, Weeden is 28 and a former second-round pick of the Yankees back in 2002. He flopped as a pitcher, but resurrected his athletic career as Oklahoma State's starting quarterback in 2010 and 2011. Weinke was also a baseball reject who at 28 won the Heisman Trophy at Florida State before being drafted by the Panthers in 2001. Odds are Chris Berman or one of the other blowhards will draw a comparison at some point. 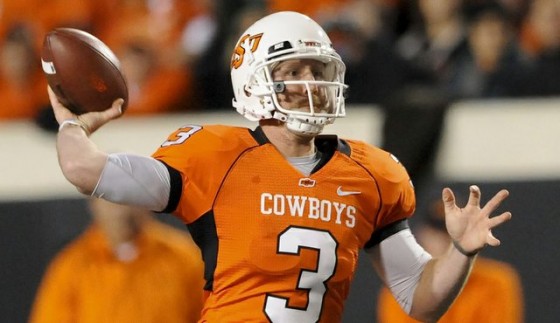 Quinton Coples and “Bust” Are Linked

Coples is perhaps the most polarizing of the top prospects. He could go in the Top 15 or he might slide into the second-round. His work ethic and desire have been under the microscope for months, which isn't a ringing endorsement for teams desperate not to miss with their first-round pick. He'll probably come off the board before #20 due to his immense potential, but he's definitely a prime "bust" candidate. 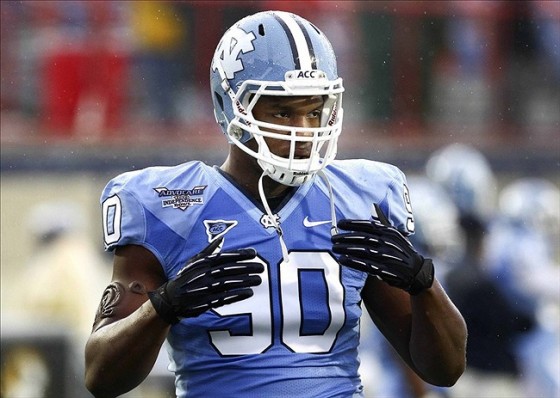 Prepare to black out, kids, 'cause NFL Network's personal draft guru Mike Mayock loves the term "kid." He'll likely use it to describe 90% of the players on the board. In other words, his verbal crutch could mean a trip to the ER with alcohol poisoning. I suggest you flip over to ESPN once double-vision starts to set in. 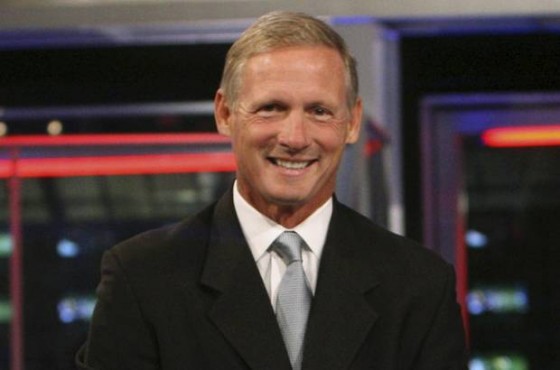 The Jaguars Do Something Stupid

This would include, but is not limited to the following: NOT drafting a wide receiver at #7, reaching for or trading back to select a player like Coples, taking another quarterback in the first three rounds, and NOT addressing the wide receiver position in the first three rounds. Let's face it, this has been an inept franchise for years. Maybe the new front office possesses the intelligence that was lacking in the previous regime. Ahh, who am I kidding? They'll still screw up something. 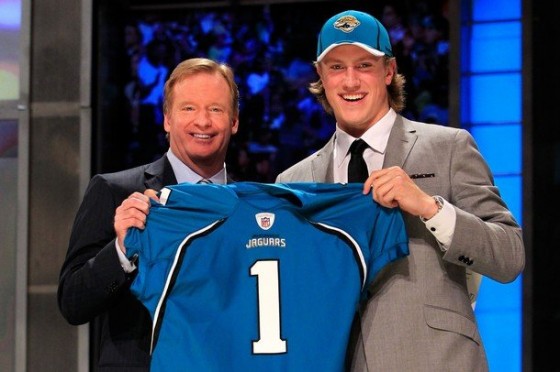 The Issue of Player Safety Comes Up

in the wake of the Saints fiasco and Roger Goodell's commitment to reducing severe, debilitating injuries, player safety is all the rage at present. And with three days of exhaustive coverage forthcoming, it's a lock that every single one of the hosts and analysts will offer up their two cents on the subject. 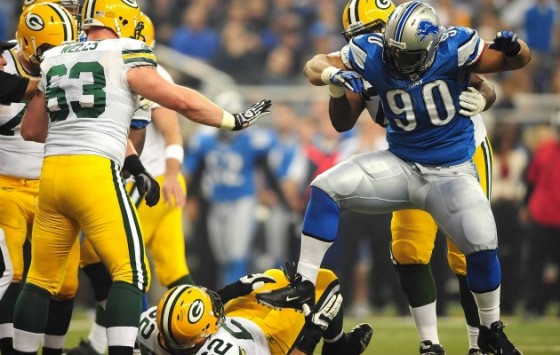 Whether we want to hear his name or not, it's gonna be uttered A LOT. Quarterback Jesus is hotter than the Florida sun in August, so you better load up on bread and pasta all day Thursday or else you'll end up dead in a pool of your own sick by midnight. Tebow Time, Tebowmania, Tebowing, In Tebow We Trust, Tebow 4 Life... Brace yourself for the hangover of the century. 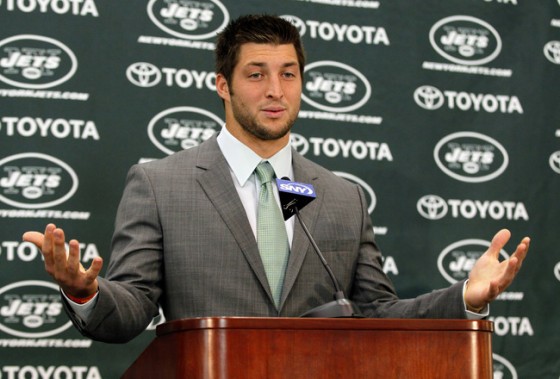