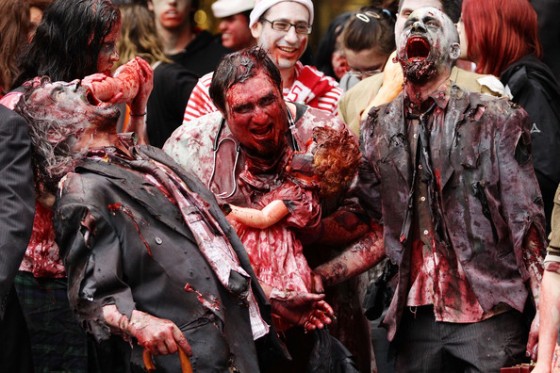 After a string of zombie-like attacks in the US during 2012 involving insane naked people, drug abuse and defiance against the law, you would be forgiven for thinking Jersey Shore is getting out of hand (although if anyone is offering to eat Snooki in a more violent way than usual, go ahead, you’ll be doing the world a favor). No, this shit is real!

A New York mom attacks her three-year-old son and her pit bull in a blind rage. I’m totally okay with punching a child, but nailing a dog? That’s where we draw the line. Eyewitnesses claim the woman stripped her clothing and promptly tackled her pit bull and locked in a rear (literally) naked choke. 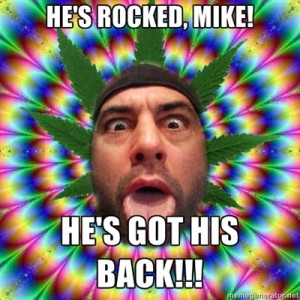 Eventually a state trooper arrived on scene to cool the situation down.The trooper then used pepper spray but it had no effect on the woman, who carried on wrestling the dog. After several warnings the trooper said, in the words of Ludacris, “Move bitch, get out the way.”

She didn’t, so he fried her.

A man chews off the face of a homeless man (Ronald Poppo) on a causeway in broad daylight.

So folks, we may have seen the beginning of ‘Day of the not-so-dead’. Police confirmed a naked man was crouched over the body of another man, growling and “behaving like an animal.” Hmm, which popular type of doomsday does that sound like to you? We just need the sky to turn into fire and the sea to turn into blood, then we’re somewhere near to the Mayan prophecy… or a George A. Romero movie.

During the not-so happy meal, passersby have been called ‘cowardly’ after failing to help the zomburger out. Although, none of us here at Gunaxin would be in any hurry to help out either.

These are fairly mundane cases, where is the video footage of crazy nonsense? Well don’t lose your shit internet people! Here’s something on Tom Cruise’s level of bat-shit crazy. A ninja zombie!

I know! A back flip and a bitch slap… on a cop, while being tazed. I like to think that Chuck Norris saw that and smiled, then punched God in the teeth.

In China, a bus driver stripped himself (a recurring theme, apparently the undead have no confidence issues) and started pounding on the windshield of a car until the panicked female driver staggered out of her now partially destroyed vehicle only to have her lips and nose separated from her face in a fairly gory fashion.

So the next time a public servant you to get out of your vehicle, stay fucking-put if you have any emotional attachment to your face at all! 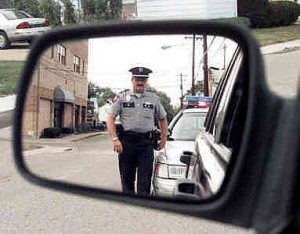 Let’s say the zombie apocalypse does happen. In this weird fantasy where our neighborhoods are plunged into chaos and the citizens are transformed into half dead overly hungry sets of teeth in need of some serious Obama-care, make no doubts about it, we would be up shit creek.

The damage caused by these bath-salt crazy people now stands at one dead pit bull, a homeless man with two gunshot wounds and 20% of his face left (as well as being found naked so his pride isn’t particularly ‘intact’ either), a cop who got back-handed then cried on the floor AND a chinese lady with no sense of smell.

With all the real fear in the world comes the ultimate prank.