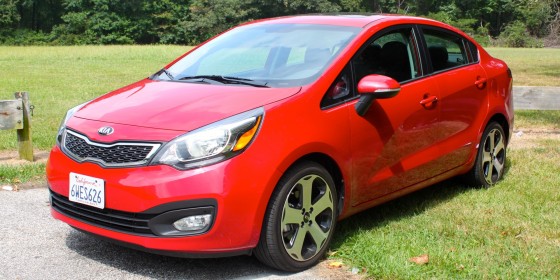 The Kia Rio is a subcompact automobile that has been on the market since 2000 and now is in its third generation. We recently had the chance to spend a week with the 2013 Kia Rio SX, after previously driving the 5-Door 2012 model. While the vehicles are certainly similar, there are some differences readily apparent in the photographs. Which one do you think we preferred? 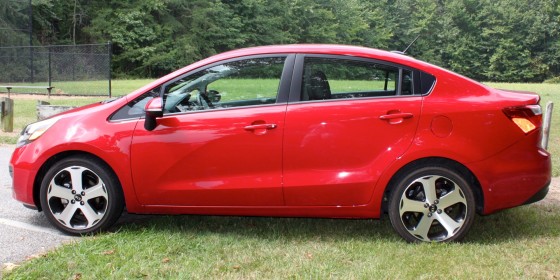 As noted on the 2012 Kia Rio 5-Door, we happen to really dig the design aesthetics that Peter Schreyer has brought to Kia. We love the “Signal Red” color, but disappointingly it’s the most daring color offered on the Rio. The simple 17-inch alloy wheels are some of our favorites on lower priced vehicles and the front end styling with the tiger-nose grille is striking. Overall however, if given the choice, we prefer the shape and styling offered on the 5-Door model over this version of the Rio. 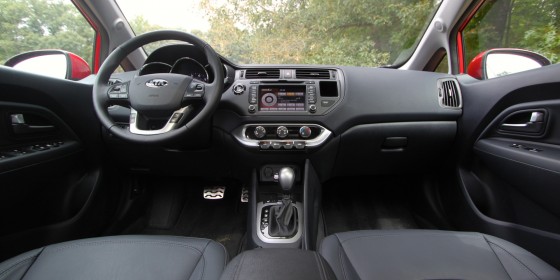 The model we drove included some must-have goodies like the UVO In-Vehicle infotainment system which includes Satellite Radio, MP3 Audio, USB and Auxiliary Input Jacks, and Bluetooth Wireless. The Premium Package (which we did not experience in the 2012 Rio 5-Door) added navigation, push-button start, heated seats, and a power sunroof for $2,350. It’s difficult to imagine purchasing a vehicle without those add-ons, so we’d definitely recommend the upgrade.

One feature we’ve noticed in the Kias we’ve driven is the fabulous back-up camera, which is the best we’ve seen. The picture was bright and clear, and the colored zones are helpful to gauge distance. While the Rio is small, we found it to be much more accessible and comfortable for large people than many other vehicles we’ve driven. 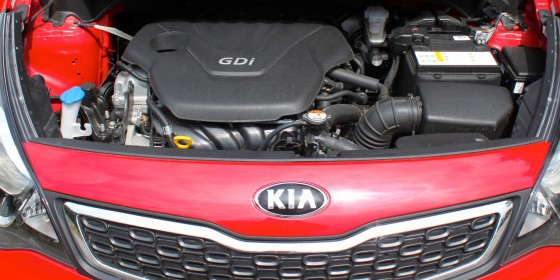 This Kia Rio was rated at 40mpg highway, and 30mpg in the city. With our mostly aggressive driving in a variety of situations, we averaged just under 30mpg. We probably could have done better, but what fun is that?

The total MSRP on this model was $21,340, among the lowest priced vehicles we’ve driven. Those two factors (price and gas mileage) combined led us not to expect much from the 1.6l Gas Direct Injection 4 cylinder engine. At 138 horsepower and 123 lb-ft torque, it was on paper the lowest powered vehicle we’ve driven to date.

However the car is small and light, and under normal driving conditions, the power seemed plenty adequate. Compared to larger heavier vehicles we’ve driven recently, it was fun to whip around corners in this little Rio. While we definitely prefer the power in the Kia Optima Turbo, more budget conscious drivers would do well to consider this more economical option. 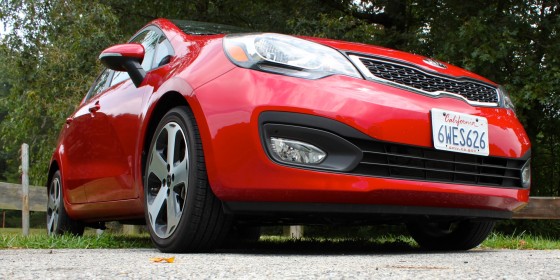 We’ve driven several Kia vehicles now, and we continue to be impressed by the value. While this particular model is assembled in Korea, and our favorite Kias are those that are assembled in Georgia (Optima, Sorento), the entire company has made a shift in design and quality that has turned heads in recent years.

The impressive 10 Year/100,000 Mile powertrain warranty is a strong selling point, and the Kia Rio comes fairly well equipped for its modest price tag. After testing both models of the Rio, we can definitively say that our favorite Rio would be combining the 5-Door with the Premium Package.