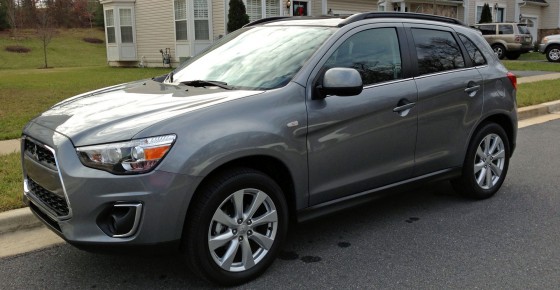 We recently had the chance to spend a week with the 2013 Mitsubishi Outlander Sport SE AWC. The AWC stands for All Wheel Control and is the brand name for their 4-wheel-drive system. The Outlander Sport (the little brother of the full-sized Outlander) is newly redesigned for 2013 and aims to be the non-pretentious crossover :

What follows are my observations of the vehicle after spending a week playing with it in Maryland.

Note : Normally we take our own photos for these reviews, which we did again this time. Unfortunately those photos were lost due to technical difficulty, and the only one that survived is the image above from an iPhone. Thus, the rest of the article contains photos we borrowed from other sources. 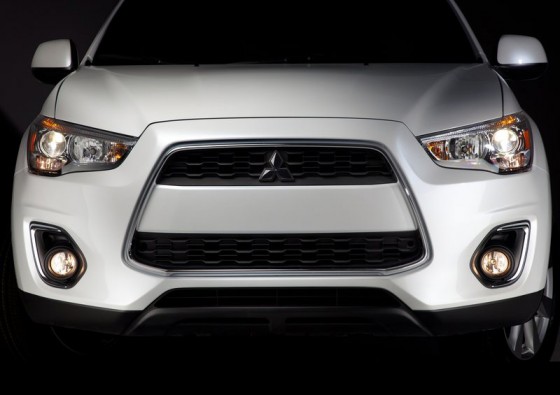 The 2013 Mitsubishi Outlander Sport is redesigned and “the sleek, sculpted look of the new Outlander Sport puts great design within reach.” We would consider this a strength of this vehicle, as it’s quite attractive from the outside. While the overall look may seem familiar (most crossovers look generally the same) there are distinct enough features to make it original. The front end in particular is uniquely Mitsubishi. The super-wide range High-Intensity Discharge (S-HID) headlamps were a noticeable bright sport (ha!).

One oddity that we noted were the roof rails which are only included in the SE trim. They seems to be somewhat cosmetic, as they don’t provide any sort of tie down capability. 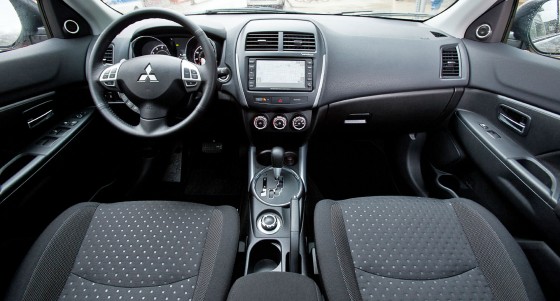 The interior of the 2013 Mitsubishi Outlander Sport SE was a mixed bag. The dashboard layout and center console were generally modern, stylish, and attractive. From backup camera, push-button start, bluetooth, steering wheel controls, heated and cooled seats, and navigation system, most of the technology hot spots were included in the model we tested.

One compelling feature was the panoramic glass roof with adjustable LED mood lighting. While the glass roof didn’t open, that fact allowed it to be much larger than your standard sun-roof which was quite impressive. It made the small vehicle feel much larger, especially for passengers in the 2nd row. The adjustable LED mood lighting is a silly gimmick, but we guess that appeals to some people.

The 710-Watt, Rockford Fosgate audio system was a bright spot, and honestly we dig having the subwoofer highlighted in the rear, rather than hidden. The large touch screen radio and navigation system was a welcome addition, but was a bit frustrating to operate at times. The lack of standard dials made it difficult to select radio stations, however once your presets are setup that would probably be ok. Fine tuning with a touchscreen while driving is just not a pleasant experience. The Navigation system included real-time traffic which was great, however we found the labels on the screen difficult to read.

We drove a model with sport fabric seats, and something we don’t remember ever seeing before, a fabric arm rest (which we hated). Paying to upgrade to leather seats just to get the arm rest replaced seems like a waste, so this is one characteristic which could be a deal breaker for us. However the seats were comfortable (even for a big guy like me), which isn’t always the case in these smaller vehicles. 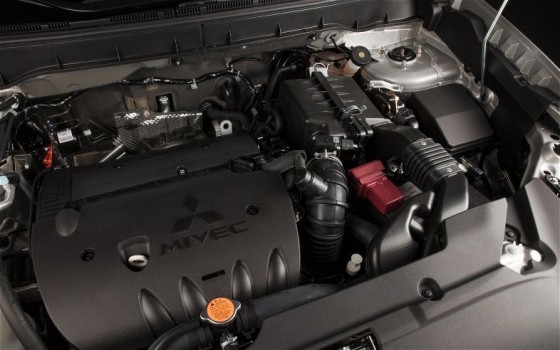 There is no mistaking this Crossover for an SUV. From it’s ground clearance to the way it handles, it definitely feels like more car than truck. We’re sure for some that is appealing, but we prefer our Crossovers with a bit more brawn. The 2.0 liter I4 engine with 148hp and 145lb-ft torque seemed weak at times, but we suppose it keeps the sticker price and gas costs to a minimum. We would expect a vehicle labeled “Sport” to be a bit more fun to drive, but overall performance was adequate.

The $1,400 price bump for the All Wheel Control is certainly worth it if you live in a climate which is likely to produce snow. Don’t expect to take this crossover on off-road vehicle trails, but it will provide more traction for you when mother nature throws some of the frozen stuff at you. We did have the occasion to drive it in the light snow with and without the 4WD engaged, and there was a noticeable difference in control. 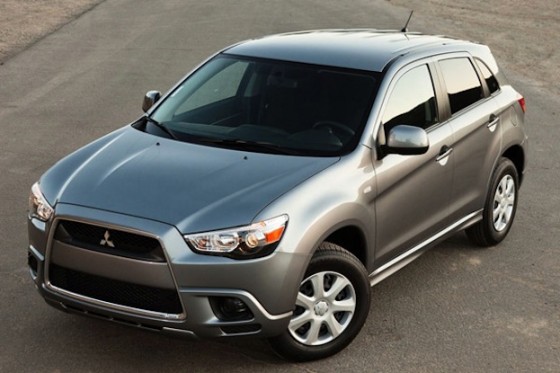 Overall we found the 2013 Mitsubishi Outlander Sport SE to be a good-looking vehicle, with lots of bells and whistles for the price. Our nearly fully loaded model priced out at $28,570, which is competitive to other similarly equipped models on the market. Mitsubishi isn’t a brand that most people consider when they shop for a CUV, but they have some very loyal customers who swear by their products. Much like other smaller auto manufacturers, the warranty is a major selling point, as the Outlander Sport includes a 5 year, 60,000 bumper-to-bumper warranty and a 10 year, 100,000 mile powertrain warranty. For our tastes, we’d probably prefer to bump up to the next price level for a more capable engine though.