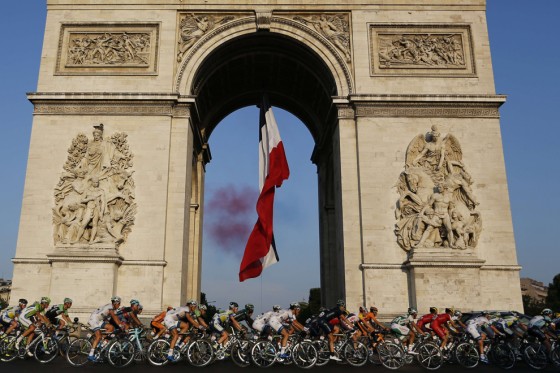 The 100th Tour de France concluded in Paris on Sunday, with Chris Froome bringing home Britain’s 2nd title in as many years. As I mentioned in my Tour de France Primer, the beauty of the event is one of the reasons I enjoy watching it. With that in mind I always look forward to The Big Picture‘s Tour de France photo collection each year. 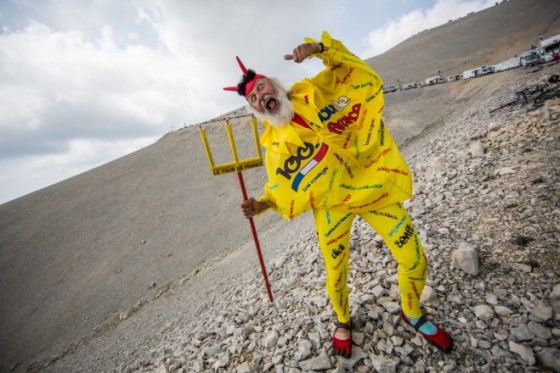 The Big Picture neglected to include a photo of the Tour Devil, so we sought out one of those to include for you above. They did however give us a couple of shots of Podium Girls, a rider enjoying a beer, and sprinter Mark Cavendish, whose fiance we featured in a gallery earlier today. I’ve selected some of my favorites from this years collection, but you can see them all for yourself (with captions) : Part 1 – Part 2.