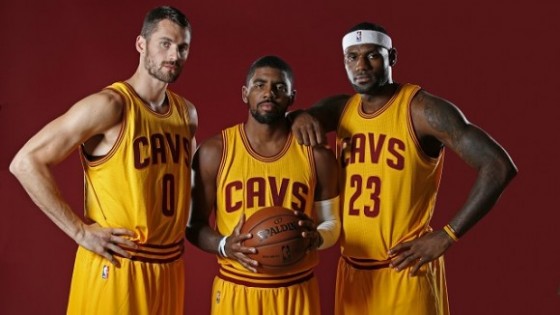 Prior to the 2014-15 NBA season, we all saw the Cleveland Cavaliers as the easy choice for most improved team. On top of the improved lineup, thanks to Lebron James taking his talents back to the middle of nowhere, the Cavaliers were also now one of our favorite’s to make it to the NBA Finals.

Look, no one is perfect. It was ugly earlier this season when the Cavs got all the way to 19-20 following a Lebron James injury but they found a way to fight back and have climbed the ranks and stand a strong 33-22, a 13-2 record over the past 15 games.

So if Lebron James isn’t on the team leading the Eastern Conference, who is? The Atlanta Hawks. That’s right, the team that just last summer had both its’ General Manager, Danny Ferry, and one of the owners, Bruce Levenson, get into some heat over racially insensitive comments both made in the past three years. Danny Ferry has been on a leave of absence and Bruce Levenson has since sold his portion of the team. 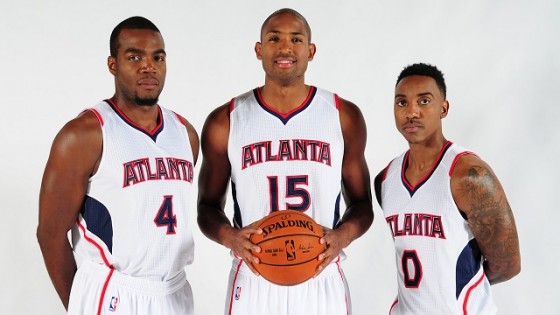 Controversy like this usually ruins a season and causes much animosity between players and management. But not with these guys. For some reason, Atlanta has decided to take this negative publicity and run with it to the most wins in the NBA and the top spot in the Eastern Conference. (43-11 record)

On the other side of the United States sits a team that is fun to watch, the Golden State Warriors. They are exciting, young, and one of the scariest teams in the NBA. They are led by Stephen Curry, Klay Thompson, Andrew Bogut, Harrison Barnes, Draymond Green, David Lee, Brandon Rush, and Andre Iguodala. 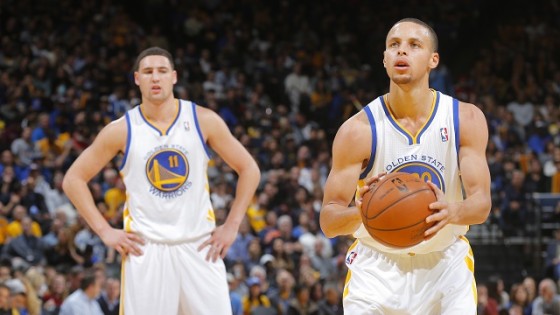 The Warriors are not only fun to watch, they are good. Like, really good. They are scoring 111 points a game, leading the NBA. They have a 42-9 record, also leading the NBA, and they have a kid named Curry that could be the biggest surprise award winner of the year.

Don’t forget about the Rookies either. Especially the Philadelphia 76ers who seem to have an entire roster of young guns ready to become champions. Too bad they can’t win a game. It’s been a fun first half of the season, and we thought it would be a good time to look back and make predictions on end of the year awards based on what has happened so far. From the All-Defense teams to the MVP, we have the predictions for your enjoyment. 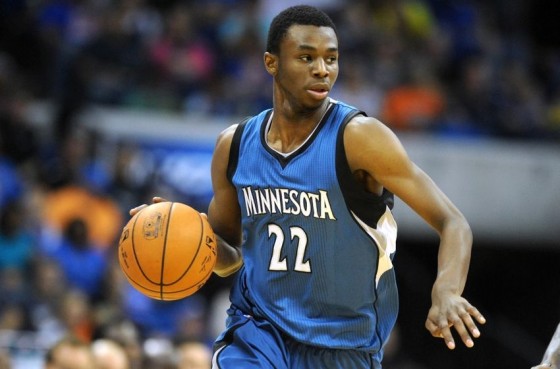 When the Cleveland Cavaliers drafted Andrew Wiggins, they had no idea Lebron James was going to head back home and sign with them for the second time in his career. For a month, however, it was Kyrie Irving, Andrew Wiggins, and Lebron James as the future of the Cavs. But when Kevin Love became available via trade, Wiggins was sent packing. No one doubted his talents, they just wanted a big man with proven success.

Andrew Wiggins is leading the NBA Rookies in a few categories and his only true competition for this award is Jabari Parker and it isn’t that close. Andrew Wiggins will be hoisting the ROY Trophy by the end of the Summer. Fact. 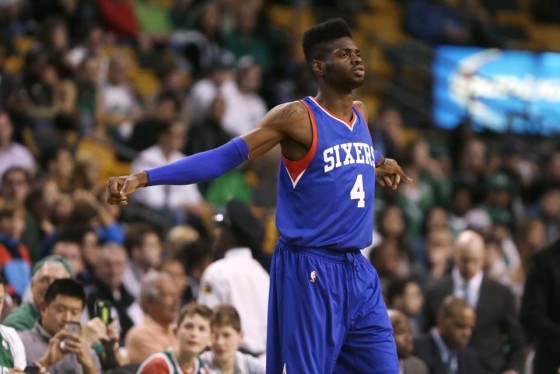 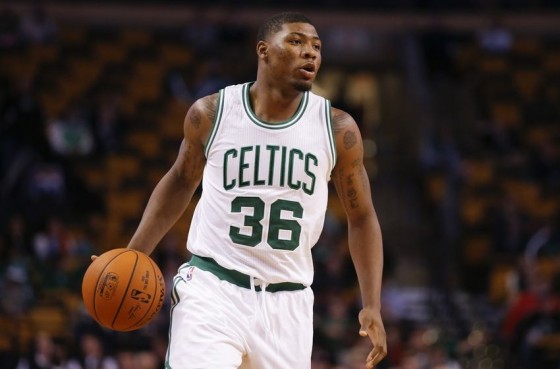 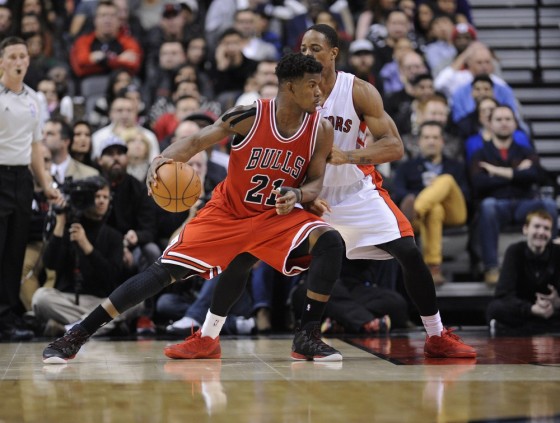 Last season, Jimmy Butler virtually came out of nowhere to become one of the bigger surprises in the NBA. He is now one of the top players and he has done it by busting his tail and working hard. It doesn’t hurt that he plays for the Chicago Bulls and their amazing lineup of studs.

Just analyzing his numbers from last season compared to the midway point of this season, there isn’t a starter in the NBA that can touch his level of improvement. He has either improved or stayed the exact same across every single statistical category.

Jimmy Butler is the easiest choice for Most Improved Player. There isn’t a second place. He is going to win this trophy among all the others. 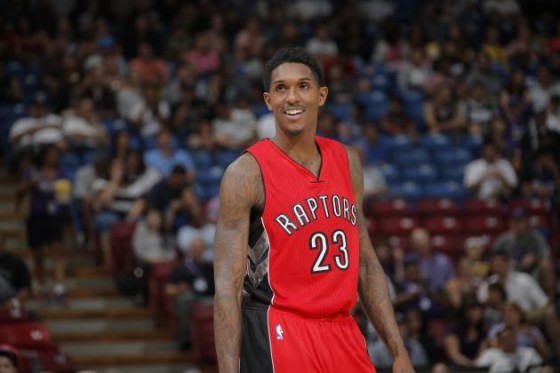 One of our favorite awards from any sport is the Sixth Man Award because it respects the players that come off the bench and do the dirty work while the stars rest. It gives a player credit for being a star off the bench as opposed to simply wanting to start all the games. Just because you start 82 games in a season doesn’t mean you did much to help your team win. But in the World of the Sixth Man, winning is all that matters.

This season is going to be a tough race for the trophy thanks to teams like the Toronto Raptors, Atlanta Hawks, and Golden State Warriors leading the NBA. The number of talented players in the NBA has grown over the past ten years and it shows. Teams are improving virtually overnight now.

Our prediction for the Sixth Man of the Year Award is Louis Williams of the Toronto Raptors. He has become one of the biggest factors in Toronto’s offense. He checks into the game and helps keep the offense going while DeMar DeRozan rests or misses time due to injury. His numbers aren’t the best and he is kind of one dimensional, he is a scorer, but he has the IT factor that has propelled his team to one of the best records in the Eastern Conference.

Isiah Thomas is the one player that could very well also take this award. He can score just as easily as Williams but he adds the ability to run the offense. He averages over 5 Assists per game. If anyone was going to win it instead of Williams, it would be Thomas.

We are still going to go with the man that has become one of the better Sixth Man players in the NBA, Louis Williams.

The Rest of the Pack:

Defensive Player of the Year 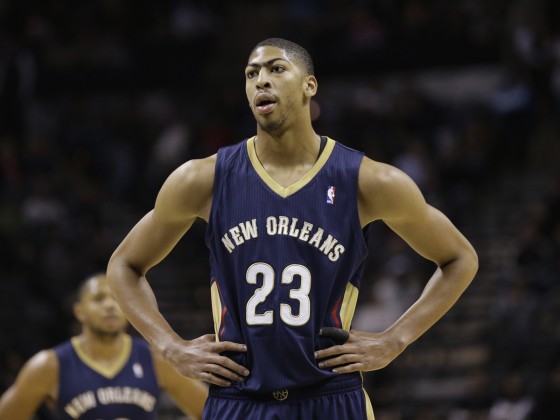 Regardless of the number of games Anthony Davis has missed or will miss due to injury, this guy is a beast. Tyson Chandler and Joakim Noah are two of the best defenders in the NBA and even they can’t come close to what Anthony Davis is capable of.

Anthony has improved every year since his rookie campaign, just as a young NBA star should develop. But he has also added a few extra’s like an improved jump shot. His range has also increased. But when it comes to defense, we think the NBA might have a future multiple D-POY trophy winner on their hands in Davis. 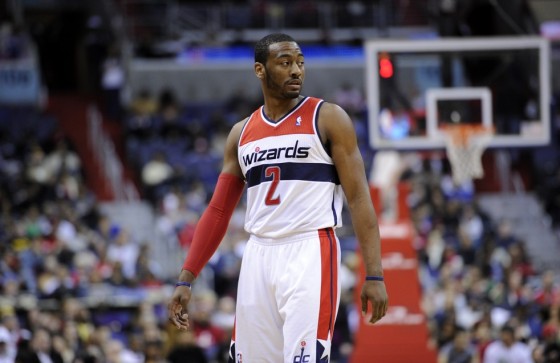 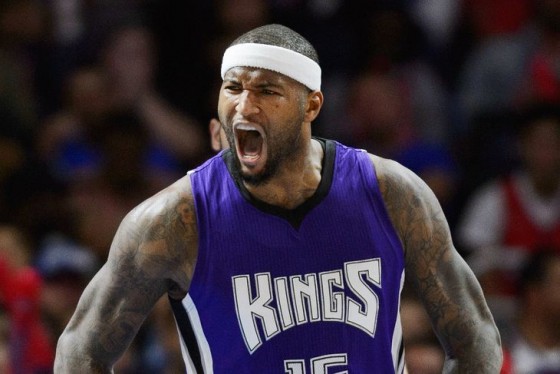 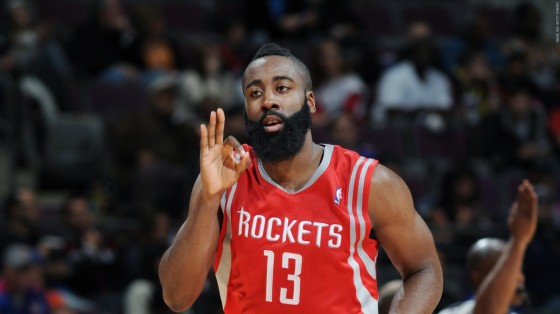 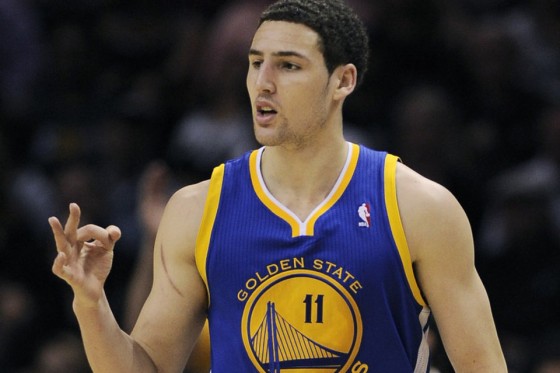 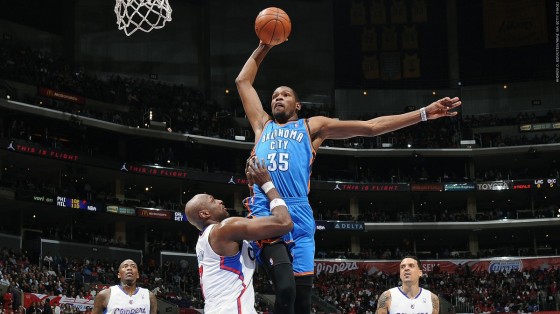 The unlikeliest MVP winner of the year is Stephen Curry. We all knew about his range and accuracy but what we didn’t expect was his leadership being able to lead his Warriors to the NBA’s best record and the top playoff spot in the Western Conference.

The argument arises that James Harden is the NBA’s MVP. His numbers are sick. He is leading the NBA in scoring, averaging 27.4 per game and minutes played, 1940 total. He is not just a scoring guard, he can pass the rock. He is averaging 6.8 assists per game and don’t forget the rebounds, 5.7 per game.

It will be close but what it will come down to is which team has the better record. Both players are having great seasons and it is 51-49 right now, leaning towards our pick Curry.