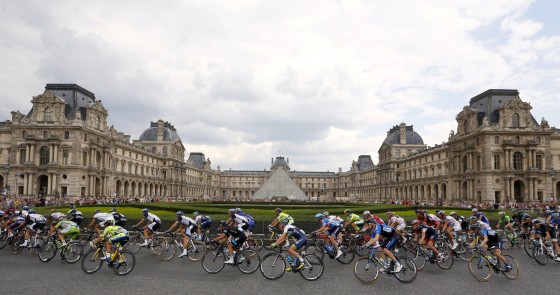 The 101st Tour de France arrived in Paris yesterday with the final stage finishing on the Champs-Élysées. While Marcel Kittel won the stage, Italy’s Vincenzo Nibali took home the coveted Yellow Jersey as the Tour’s winner. This year’s event was definitely a tough one, with some of the biggest names in the sport succumbing to pain from crashes within the first week. The three-week trek across France is one of the most epic in all of sport, and the beauty is also unmatched. Check out some of our favorite images from the 2014 Tour de France in the gallery below :