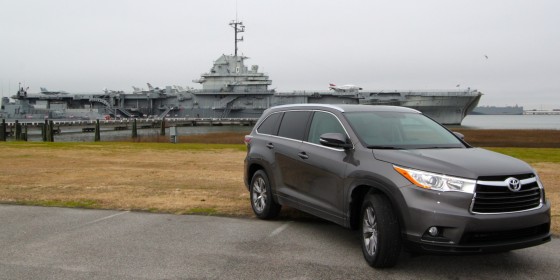 First debuted in 2001, the 3rd generation of Toyota Highlander has been redesigned with new exterior styling, family friendly features, and the latest in advanced safety and audio technology, all while maintaining its Toyota DNA of quality, durability, and reliability.

Recently we were invited to the Market Pavilion Hotel in Charleston, SC for an Urban Adventure in the redesigned Highlander and some unexpected weather challenges. As you can see in the photo above, grey skies, a grey vehicle, and a grey aircraft carrier don’t exactly scream exciting, so we hoped the Muppets would soon arrive to save us. 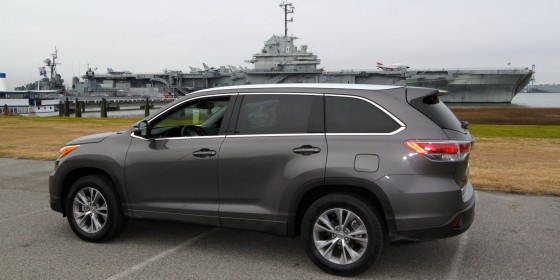 Highlander at Patriot’s Point with the USS Yorktown

The 2014 Toyota Highlander is a sharp-looking SUV, but we wouldn’t go as far as to call it bold like the press materials suggest. The color we drove in the morning obviously didn’t excite us much, but there are some more interesting options available. Let’s be honest though, with seating configurations accommodating up to 8, this is a much more palatable alternative to a mini-van. So for dads that have to drive the car-pool to soccer practice, we think they’ll appreciate the exterior styling on the Highlander over that of the Sienna.

After lunch we swapped vehicles, the sun came out, and it was like an entirely different Highlander. Finally some color! Just selecting one of the more exciting colors offered bumps up the contrast between the trim and the chrome, and makes the entire vehicle look more stunning. Parking it in front of Rainbow Row helped some too… 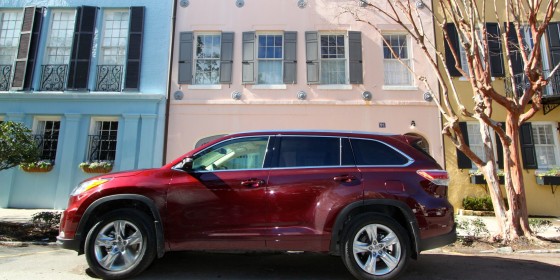 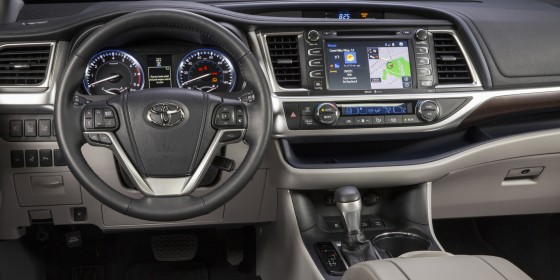 While we were touring the USS Yorktown, melting ice began falling from the cables of the Ravenel Bridge, which forced its closure and an hour-long detour for us in traffic. That gave us plenty of time to explore the interior features of the new Highlander, where it really shines. The 8-inch high-resolution touch-screen display on our Limited test model was bright and impressive. It obviously serves as the center of technology in the vehicle, or as Dr. Bunsen Honeydew put it, “a computer from the future!”

Our favorite family friendly features include a brilliant in-dash shelf with cable pass thru, a center console large enough for a chicken, and second row captains chairs with their own climate controls and sunshades. Lack of storage is often a complaint we have when test-driving vehicles, and that clearly doesn’t apply to the Toyota Highlander. We hope to see that shelf make its way into every Toyota we drive. 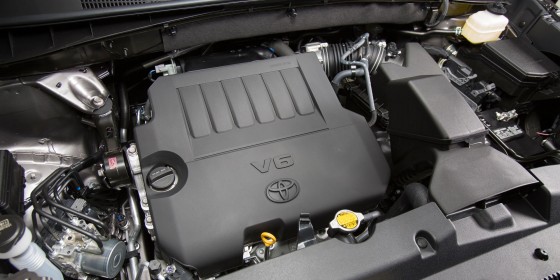 One of the areas that Toyota stressed in our morning briefing was their focus on making the new Highlander fun to drive:

With a redesigned double wishbone rear suspension, upgraded six speed transmission, and the responsiveness of Dynamic Torque Control all wheel drive (on gas models), the 2014 Highlander is not only comfortable to ride in, but fun to drive, too!

We enjoyed our time behind the wheel, but uncharacteristic traffic in the region made it a bit difficult to really give it a full test. We had no complaints with its responsiveness at lower speeds, and with good company and plenty of gadgets to play with, we had about as much fun as you can have while driving in traffic. 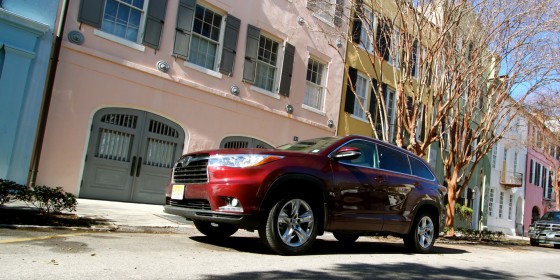 Dr. Teeth and the Electric Mayhem sing “No Room for Boring” in the 2014 Toyota Highlander commercials, which we incidentally rated our favorite from the recent Super Bowl. The message is clear from Toyota, they don’t want their vehicles being labeled “Boring” anymore, we get it. DRUM SOLO!

While the 2014 Toyota Highlander is certainly less boring than its predecessor and we love the commercials, we feel they could have gone further to really excite us with the exterior styling. The interior, where families spend most of their time with their cars anyways, clearly isn’t boring. It’s well designed, luxurious, full of technology, and fun for both the driver and the passengers. Starting at $30,520 for the V6, it’s a compelling choice for families, and a vehicle that dad won’t be embarrassed to drive.