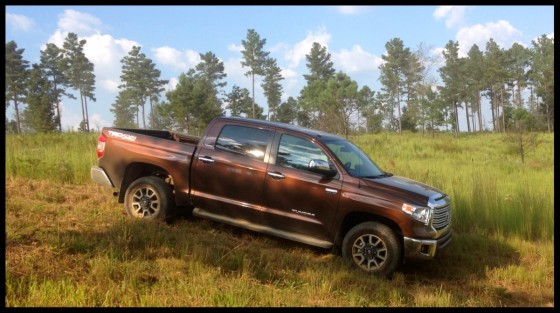 Last week we were invited out to Adairsville, Georgia for Toyota’s East Coast Drive Camp. The event was held at the awesome Barnsley Gardens Resort, and we were there to preview the 2014 Toyota Tundra full-size pickup truck. All of the photos in this article are our own, and as you can see, it was a stunning backdrop for testing the capabilities of the Tundra.

The 2014 Toyota Tundra is designed in California, engineered in Michigan, and assembled in Texas with an engine from Alabama. It actually ranks as the second most American made truck in its class, a fact the Toyota team was quite proud of. The Tundra has been updated with a slew of styling changes both inside and out and is offered in a variety of trims and cabs.

It was tough to focus on the presentation though, because we knew our favorite type of driving was coming later in the afternoon; off-road driving. After a bit of smooth time behind the wheel on some country roads, we made our way to the hunting grounds which had been converted into our off-road playground. 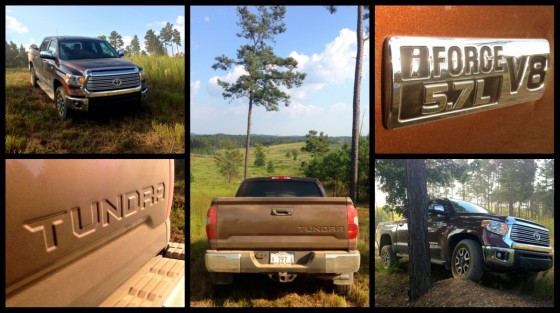 The Tundra ate up everything they put in front of us with ease, although admittedly the terrain would be considered tame by any off-road enthusiast. It was however a rather accurate representation of what most pick-up truck owners would encounter when hunting, fishing, or working. The 5.7L V8 powered the massive Tundra over the rough terrain comfortably and category leading ground clearance proved to be useful.

After thoroughly testing the Tundra off-road, it was time to have a bit of fun in the 2014 Toyota 4Runner Trail Edition, as we drove the prototype model as fast as we could through the course. You would likely never do that with your own vehicle, unless you have an unlimited budget for repairs, but it was liberating to really push the 4Runner to the limit, Baja style. 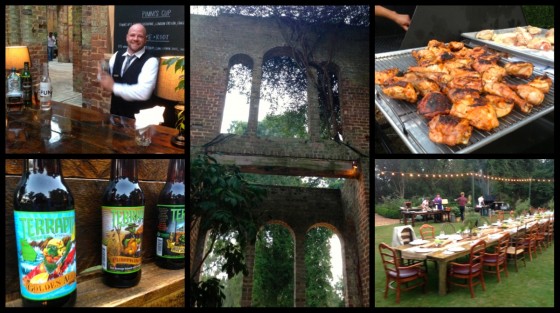 Later that night we were treated to an delicious outdoor dinner featuring local cuisine at the on site ruins. It was the perfect rustic finish to a great day in the outdoors. The meal was prepared by Empire State South, and they featured Terrapin Beer. The evening concluded with whiskey blending and dessert under an amazing lit up arbor. 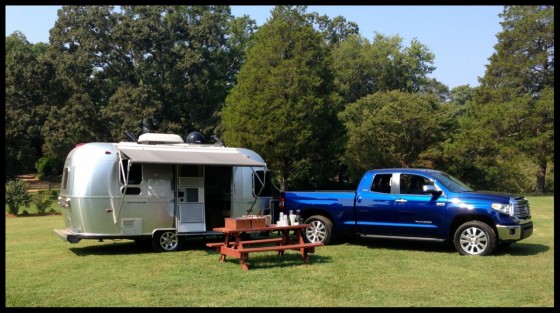 In the morning we were given a towing demonstration, and then were offered our own chance to pull a load. The Tundra is the only full-size pickup in the segment to adhere to the SAE J2807 towing standard. Essentially that means that Toyota subjects their trucks to stringent testing procedures, and you can be sure that it will tow the amount it is rated for under real-world conditions. You may recall the Tundra towing the space shuttle last year, so they take it pretty seriously. We also finally found a use that makes a back-up camera indispensable, hooking up a trailer in seconds… 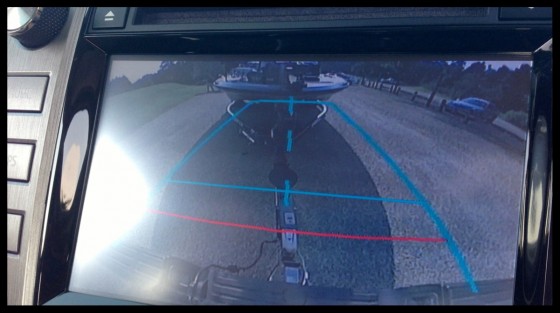 After towing we made our way down to the lake for some quiet time learning how to fly fish. We could have opted for horseback riding or sporting clay shooting, but fly-fishing worked out pretty well for Brad Pitt back in the early 90s, so we thought we’d give it a try. Unfortunately we didn’t catch anything, unless you count this spectacular view. 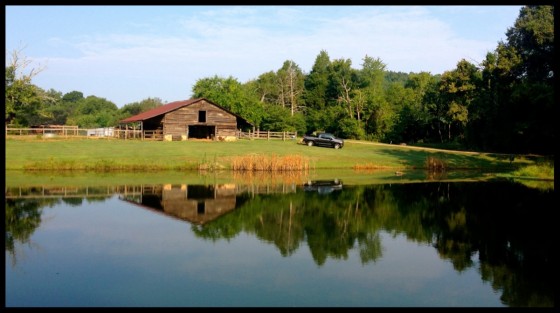 Overall the 2014 Toyota Tundra was rugged, stylish, comfortable, powerful, and capable. We look forward to having some more time behind the wheel to complete a full review in the future. We enjoyed our time outdoors in Georgia, and wish it didn’t have to end.