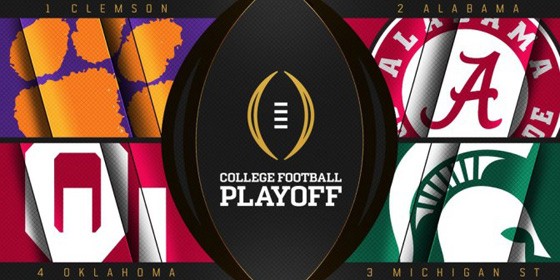 The 2015-16 College Football Playoffs begin on New Year’s Eve and will continue until the title game on January 11th. The four teams that earned a spot in the playoffs are, in order of seeding: #1 Clemson Tigers, #2 Alabama Crimson Tide, #3 Michigan State Spartans, #4 Oklahoma Sooners. 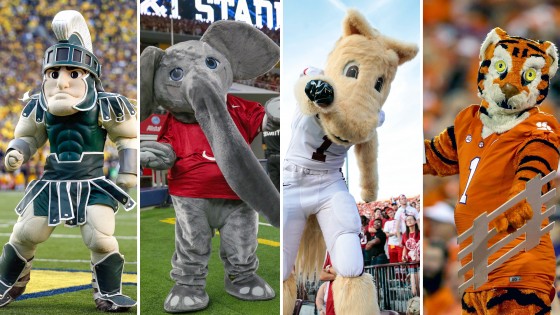 There is very little left to talk about, the college football season comes down to this, three games. (Two Semi-Finals, One National Championship) We wanted to give you a chance to preview the games and we even went as far as to give our predictions for all three games. Enjoy.

Who : Clemson Tigers vs. Oklahoma Sooners 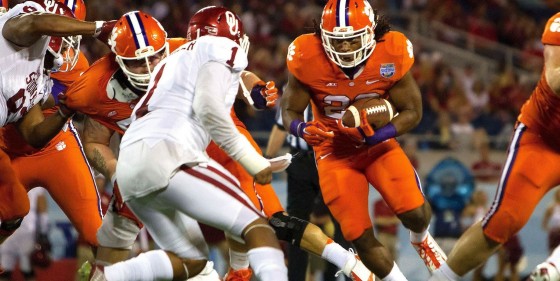 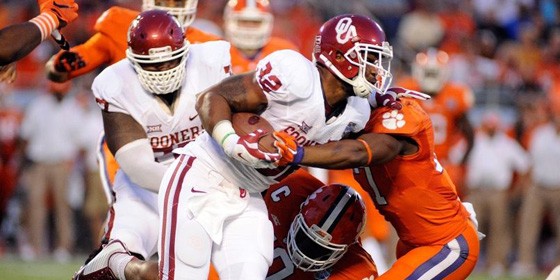 Prediction – On paper, this looks to be a perfect matchup between two of the best offenses in the country. It has the feeling of a high-scoring touchdown fest but knowing the importance of this game, both defenses will show up and be the reason this one stays grounded.

Where: AT&T Stadium in Arlington, TX 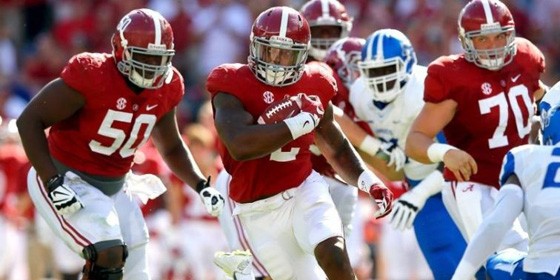 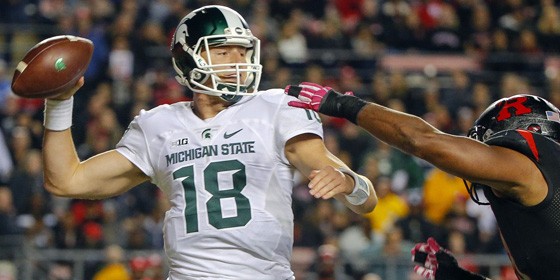 Prediction – Nick Saban was embarrassed last year when Ohio State shocked everyone and beat his Crimson Tide. It is rare to see Nick Saban get upset on this grand a scale two years in a row. Michigan State’s defense is going to be the toughest Alabama has seen all year but, then again, so was Florida. With the help of Derrick Henry, this could be the best game of the day. 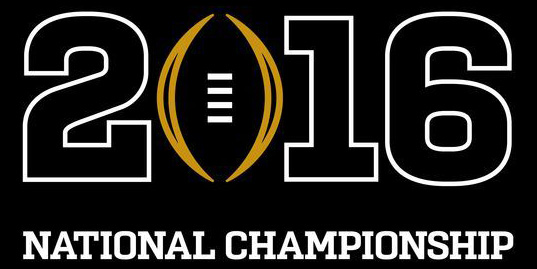 Who: Oklahoma vs. Alabama

Where: University of Phoenix Stadium in Glendale, AZ

Coaching Staff – The coaching staff’s for both Oklahoma and Alabama are some of the best in the NCAA. Bob Stoops has been the Head Coach of OU for 17 seasons and has a National Title too. Nick Saban has 4. The matchup between Bob Stoops and Nick Saban gives us all the chills. These two guys are going to throw everything they have at each other to win.

Oklahoma’s Offense vs. Alabama’s Defensive Line –  Oklahoma’s best weapon is Baker Mayfield and as this season has shown us, the only way to beat Alabama is to have a QB that can be a threat on the ground too. Ole Miss’s up-tempo style was too much for Alabama to stop and it wore them down. OU has the same style only Baker Mayfield is a much better QB. Can he use his legs to run over Alabama’s Defensive Line?

Final Results – The game of the year indeed. If we get the pleasure of an Oklahoma and Alabama National Title, then we are going to be very satisfied when this one is over.

Oklahoma wins in a nail-biter over Alabama, 27-21 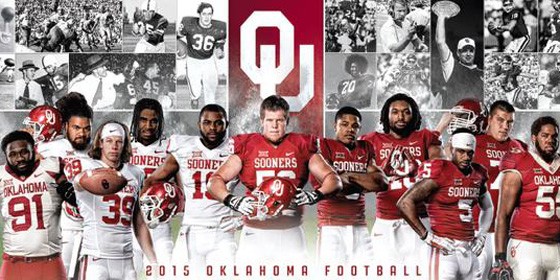