By Thomas Delatte on September 3rd, 2015 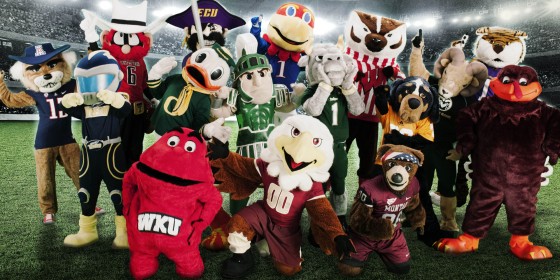 Saturday nights are about to get even better. It’s time for college football! All of us at Gunaxin are thrilled to bring to you our first ever college football power rankings. This is our ranking of the country’s best teams from 1 to 30. (Everyone else does 25, we like to do our own thing and give some of those teams on the edge of the rankings a little loving.)

Beginning this task, we thought it would be easy. All we are doing is ranking the best team’s in the country based on how we think they will finish the season. That’s as easy as 2 + 2, right? Not so much. In fact, this features was one of the hardest we have ever done. There are a couple teams that are pretty solid choices but then there are others that are hard to predict and then there are the Boise State’s of the country.

Boise State is not going to field the best team in their history but they are going to come close to perfection this season and should end up earning a spot in one of the top bowl games or maybe even a spot in the college playoffs. But when you start looking at who they play, the choice becomes that much harder because if you place them too high and they run away with a perfect season, how can you punish them for winning all their games? You can’t. So we had to be cautious when considering teams like Boise State, BYU, Northern Illinois, and Western Kentucky, that are all going to be hard to handle this season, for a high ranking.

For our rankings we also considered the strength of schedule because a team that is 14-0 in the MWC is not the same as a team in the Pac-12 or SEC that finished 13-1. All things considered, this is what we came up with for the first ever Gunaxin College Football Power Rankings. 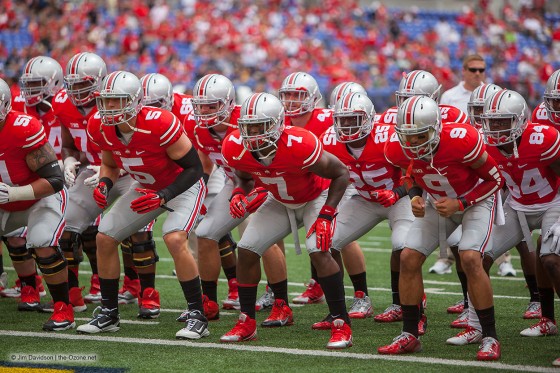 The Buckeyes will need to play better than they did in 2014 if they want to repeat as National Champions. There will be no sneaking up on anyone, not even Penn State. They have the roster to do it too as they will, once again, have the two best QBs in the country battling for playing time. Braxton Miller decided to play WR because he wanted to win another championship. The roster is stacked, their schedule isn’t too tough, and they have Urban Meyer as their head coach. This might be one of those seasons where we watch a battle for second place, not first. 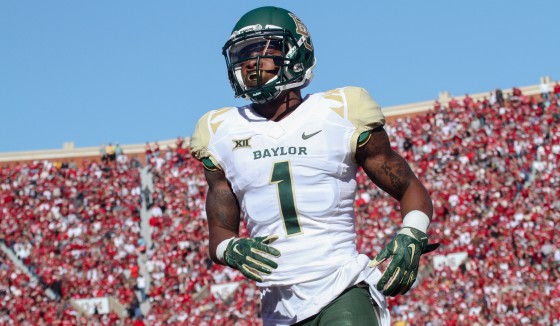 Of all the teams being projected to finish on top the polls, Baylor leads them all in returning starters with 18. Among those 18, 2 are All-Americans and 6 are All-Conference. Their schedule gives them the perfect chance as they should be 8-0 before facing Oklahoma at home on November 14th. Everyone will be waiting for that evitable collusion two weeks after the OU game when they travel to TCU for what should be one of the best games of 2015. 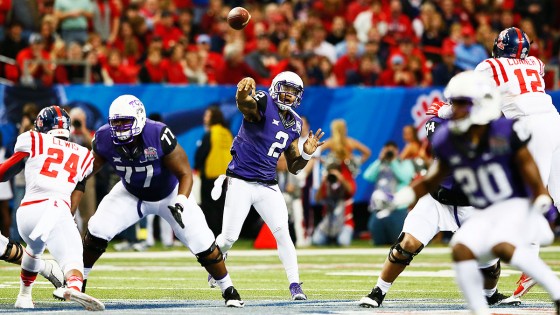 Are they really a contender? Most of the country seems to think so, we agree. We just do not think they are the second best team. Lady luck followed them around in 2014 to help them reach that 12-1 record. That is not to say they weren’t a good team, far from it. That offense that put up 82 points against Texas Tech is back and they have one more year of experience. They will benefit from an easy first half schedule and just might end up 1-2 with Baylor when that late season battle occurs. 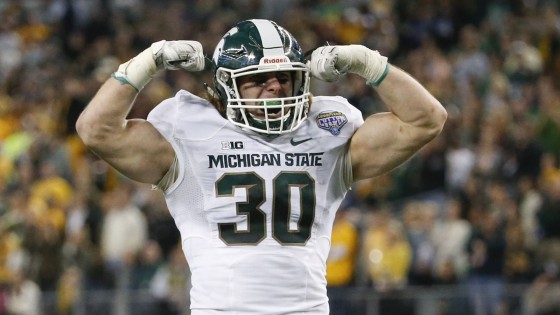 Everyone knows about the Spartans. They know that Michigan State is unfortunate enough to be in the Big Ten East where they have to face Ohio State, Michigan, and Penn State every year. This year, however, they have to wait until October 17th before facing Michigan and then the final two weeks of the season before seeing the Buckeyes and the Nittany Lions. Did we forget to talk about the week 2 matchup against Oregon too? 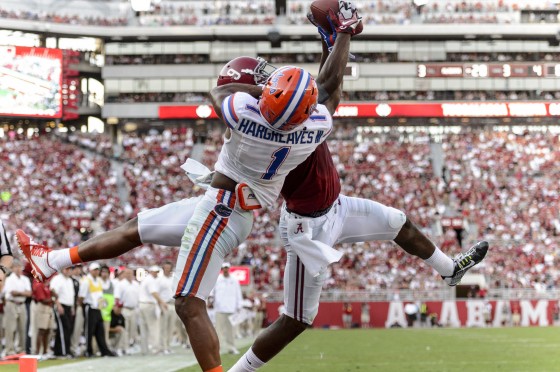 The SEC finally felt the harsh reality of not winning a National Championship in 2014 when Alabama was upset by Ohio State in the first round of the college football’s first ever playoff game. Nick Saban is back with a whole new group of stars including a massive defensive line of some of the toughest guys in the country. No one will be able to run the football so the passing game is going to find a lot more air time this season in the SEC. 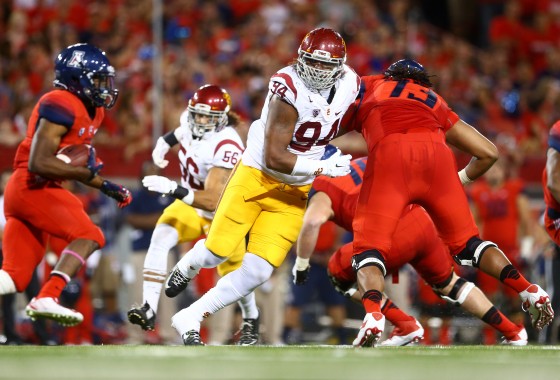 We bought into the hype. USC just might have one of the best teams since Pete Carroll left for the NFL. They face Stanford from the comforts of the Coliseum in Week 3 before heading to Arizona State the following week. That is as tough as they come early on in the season and it will not end there. They travel to South Bend to take on Notre Dame along with games in Cal, Colorado, and Oregon. They finish the season at home against another Pac-12 powder keg, UCLA. The schedule is brutal but Cody Kessler is one of the best QBs in the country and if they can manage 10 or 11 wins, they just might make it into the playoff. 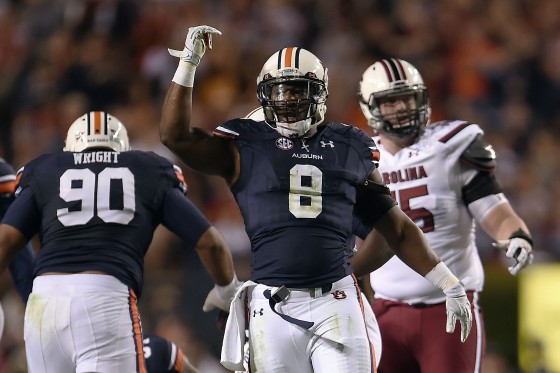 Jeremy Johnson is about as good as Dak Prescott was in 2014. He should have no issues leading his Tigers along the way. The only problem they have down in Alabama is that they have so many games against ranked opponents that we are not too sure they can survive them all. But that is the SEC gauntlet for you. 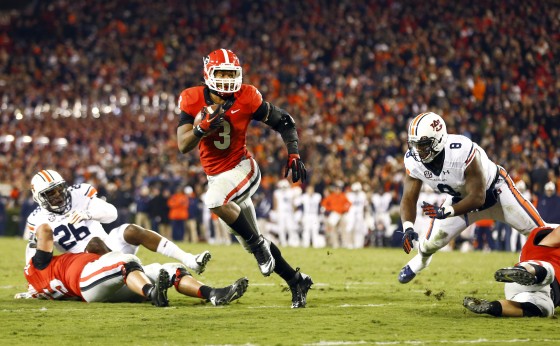 October 2nd, 2015 is the day on every Georgia fans calendar marked with a giant star. That is the game where they head to Alabama to face a tough Crimson Tide defense. Nick Chubb is being discussed as one of the best running backs in the nation and he will be joined by Keith Marshall and Sony Michel to form one of the deadliest backfields in college football. The defense is as good as it ever was thanks to a group of linebackers that should easily be the best the SEC has to offer. 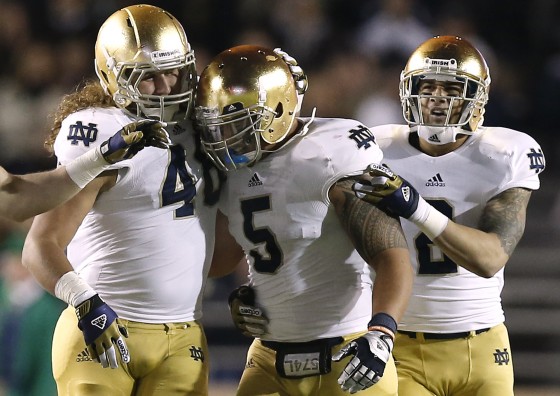 They quest for Notre Dame to earn some respect begins in Week 1 against Texas. They have plenty to look forward to as they play loads of talented offenses like Clemson, Georgia Tech, and USC. They have Malik Zaire and a stout defense that features nine returning starters and Keivarae Russell in the backfield. It is hard to say this but this could be one of those Notre Dame teams that makes it into the final four long before the season ends. 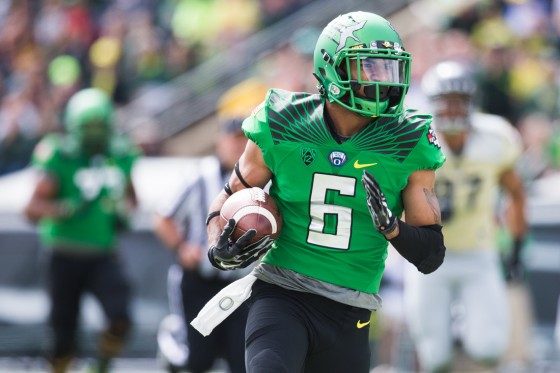 Don’t even bother trying to argue, Oregon is going to have a solid team this year. They might struggle early on in the season which is mainly why we didn’t have them ranked so high. Michigan State is a game that could slow them down but if they can find a way to win that one, it is a long time before the Arizona State game. The Ducks could be flirting with an undefeated record into mid-November.