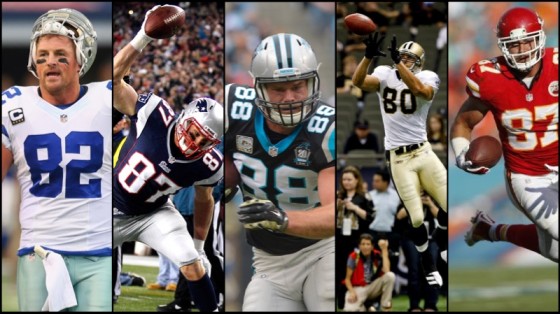 If you have read all our other 2015 Fantasy Football Cheat Sheets then you are already expecting to be amazed at the level of shock from what you are about to read. We understand that there are sites out there that have millions of followers and thousands of copycats, well, we make our own choices when it comes to Fantasy Football. Especially when it comes to Tight Ends. Wait, that does not sound right. Let’s try that again. Especially when it comes to the most vital piece of any successful offense, a Tight End. OK, that is better but it is still in the realm of awkward.

Over the past decade, Tight Ends in the NFL have become the cornerstone to any Super Bowl contender. From Rob Gronkowski to Jimmy Graham and back over to Julius Thomas, the NFL is full of guys willing to catch a football and take a beating over and over again. Then they get to line up and block the big guys on defense too. It is one of the hardest positions to play in the NFL but these guys continue to dominate and put up ridiculous numbers for Fantasy Owners. If you are willing to do your homework, you might find 4 to 5 Tight Ends that could make or break you this season. 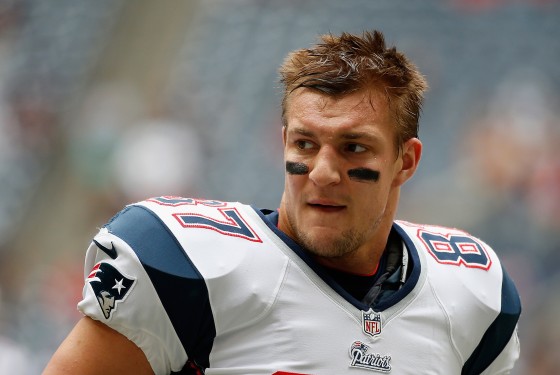 Rob Gronkowski is about as perfect a TE1 can be except for one quietly forgot about issue, games played. In 5 seasons, he has only played a full season once, and that was in 2011 when he broke every record ever by a TE. (1,327 yards and 17 TDs) And that is why his playing time or lack thereof, is not a concern. His upside is so high you could not reach it on a ladder. He had 131 targets in 2014, most of any TE in the NFL. Tom Brady loves him and so does the football. He is an elite player in a PPR league and a possible 1st round selection. The rest of the field is a tight third place behind him and one other guy… 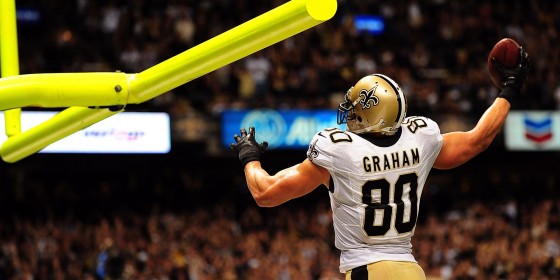 Jimmy “F-ing” Graham. The New Orleans Saints shocked the football World, and the city of New Orleans, when they traded away their second most loved player to the Seattle Seahawks. Of all teams, the Seahawks, really? If you know anything about the Saints and their fans, it is that they hate Seattle almost as much as they hate Atlanta. But the trade worked out for them, and we agree. However, sadly for Graham, he now has to play for a team that has been to the Super Bowl the past two years. Oh wait, that is a great thing! His talent is proven and Russell Wilson would be a fool not to take advantage of his size and speed combination. If Gronk is off the board and you have an elite RB, this should be your second pick. 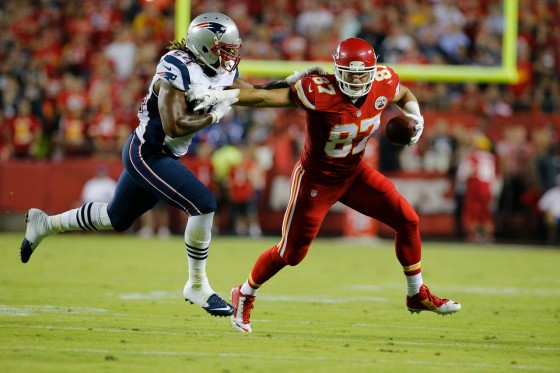 Potential is something we all have thought about during a Fantasy Football draft. Some players are taken much higher or lower than expected due to the level of expectations fans see in him. Travis Kelce has ridiculous potential and was drafted very highly last season but he did not reach the level of a Graham or Gronkowski and fans were sad. For a TE1, he was great except for the 7 TDs. He still had 67 catches which kept him relevant but without scoring TDs, which is the only reason you have a TE1, he feel down. He will bounce back and be worth the risk in 2015. Trust us! 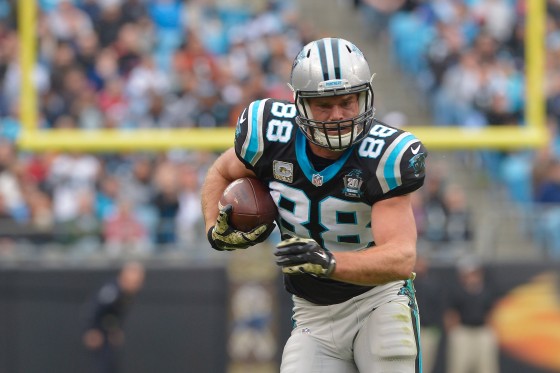 Greg Olsen was at 5 before the injury to Kelvin Benjamin, torn ACL. He should probably now move to 3rd overall as the most reliable TE in the NFL. Cam Newton loves this guy and whenever things get bad, he finds him on the field. Their both on the same level and they feed off each other so expect another big year for the hardworking TE1 in Carolina. He was already considered good but without their top WR, Olsen becomes borderline elite. 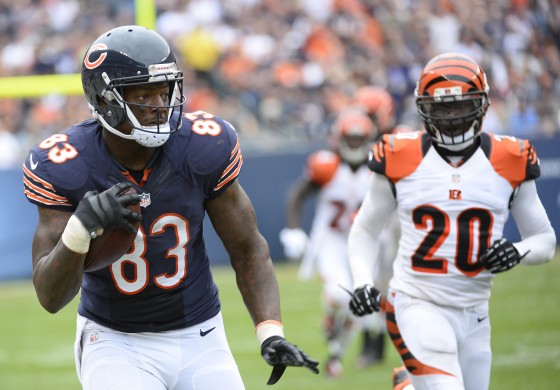 Martellus Bennett keeps getting hate mail from the league and fans but he continues to prove them wrong. Over the past two seasons he has grown into Jay Cutler’s better half and has earned this spot in the rankings. He made a huge jump from Dallas to New York in 2012 and went from a 20 catch TE to a 55 catch guy. Then he went to Chicago in 2013 and continued to grow into a beast. Each of the past three seasons has shown and increase in his numbers from top to bottom. With a new offense, things will not look the same as a focus to using their best player, Matt Forte, will become their top priority. However, Bennett will still get his touches and might become a TD catching fool instead of a Reception machine. 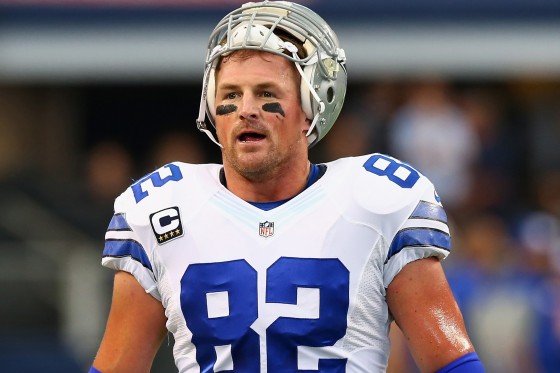 Until Tony Romo retires or the Dallas Cowboys decide to cut ties with Jason Witten, he is going to be valuable for any fantasy lineup. If you can’t draft the five guys before him, then you are already doing a great job building your team. Now that you have a chance to add Witten, you might just be strategically set. It would be great to have Antonio Brown, Odell Beckham, Rob Gronkowski, and Le’Veon Bell. But you will never be able to do that so you have to be smart. If you wait for Witten, you won’t be wrong. (That sounds like a slogan) 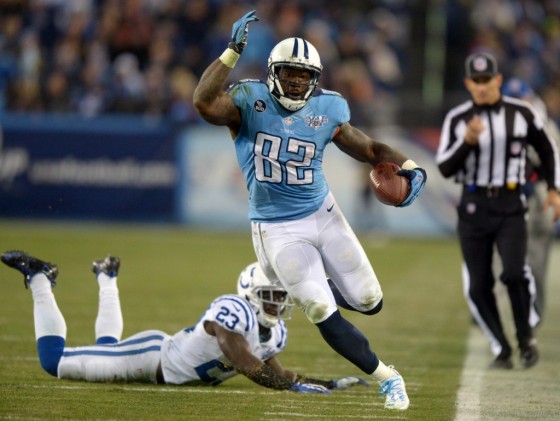 Remember earlier when we discussed potential and how it can help a Fantasy Football player become a very high draft pick. Well, it can also hurt a player. Delanie Walker is getting the hurt side of potential these days thanks to his underperformance over the past 7 years. We have always wanted to see him become the TE we thought he could be but he never got there thanks in part to playing for the Titans. He will still be highly ranked but be cautious and watch him during preseason to confirm where he will end up in 2015. 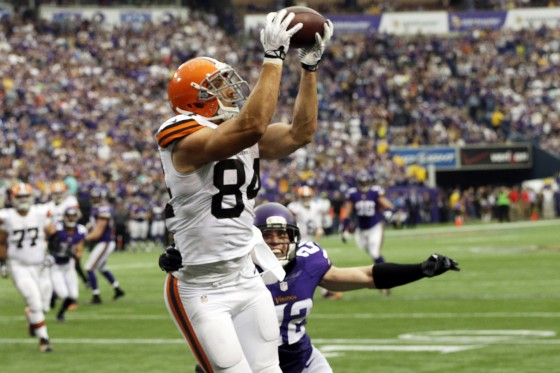 In 2013, Jordan Cameron had 118 targets, 80 catches, 917 yards, and 7 TDs. Those are great numbers from any TE in the NFL. He did it while playing for the 27th ranked Offense in the league that had a rotating door of QB’s all season long. Whether it was Jason Campbell, Brandon Weeden, or Brian Hoyer, Jordan found the football and made it count. He spent most of 2014 injured and still playing on a terrible offense. But now, he is in South Beach and we think we have him too low on the list. He could very well finish with 80 or more catches, 1,100 yards, and 10 scores. 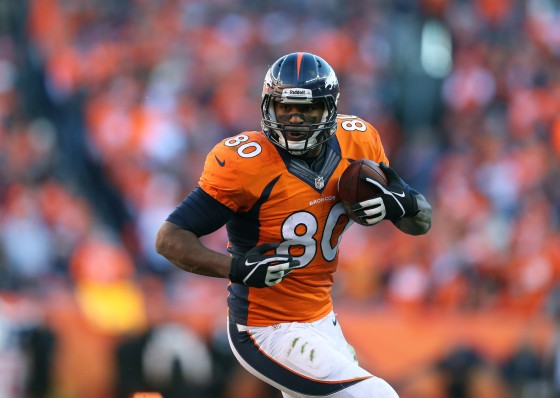 Why did Julius Thomas leave the best offense in the NFL that was led by the greatest signal caller to ever walk on the field only to go play in Jacksonville? That makes no sense unless he saw something that we all did not. Was it Blake Bortles leadership and improvement after one season? What about the young group of WRs which features several breakout candidates? No, it is probably because of the underrated offensive line down there, right? Regardless of why, he is a true candidate to play several spots better than where he currently sits. 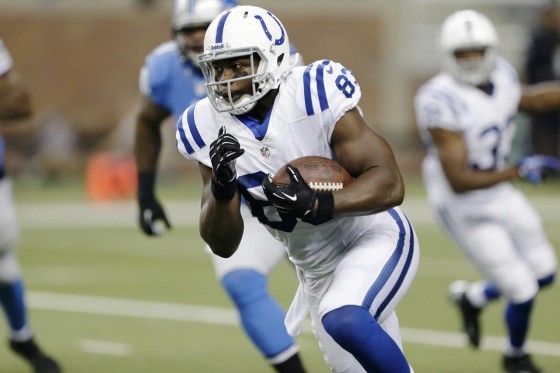 If you love to watch an offense succeed at the highest level in football, watch what the Colts will do in 2015. On paper, they have more tools than Home Depot and people forget that they have a couple of TE’s that combine to be the best in the NFL. Dwayne Allen is better than Coby Fleener so if you have no TE’s and he is available, take him. Andrew Luck will throw him the ball, especially in the Red Zone. He will score 9 or more TDs in 2015. Fact! 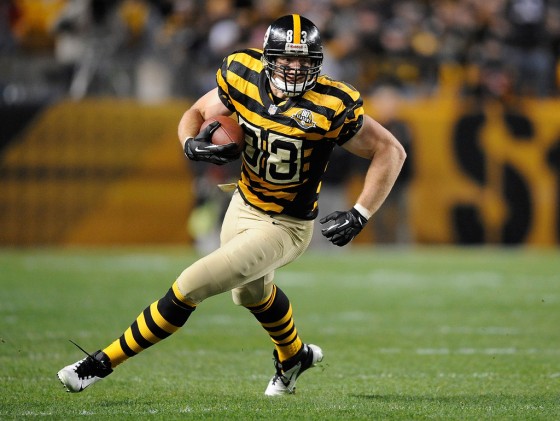 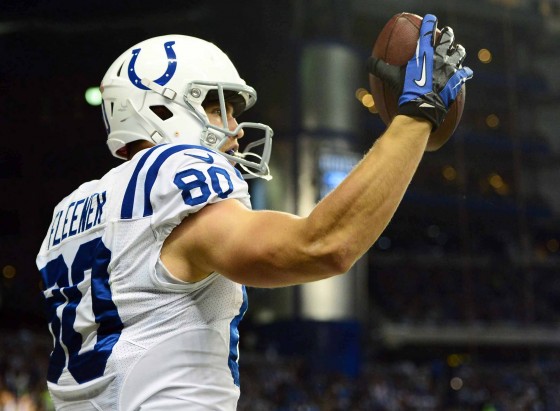 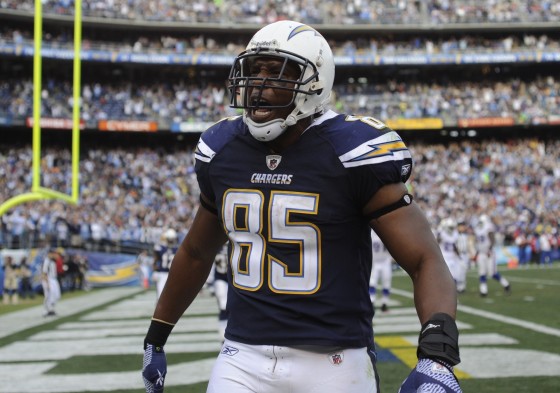 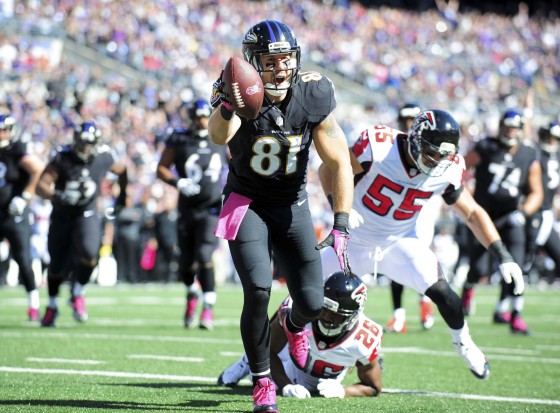 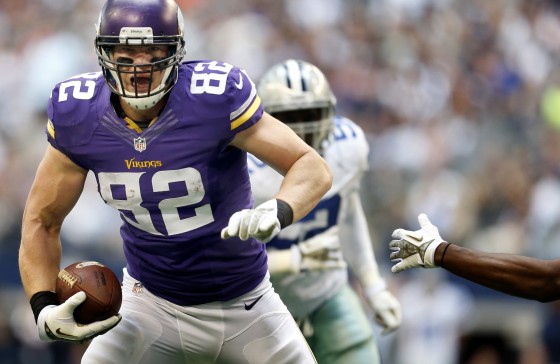 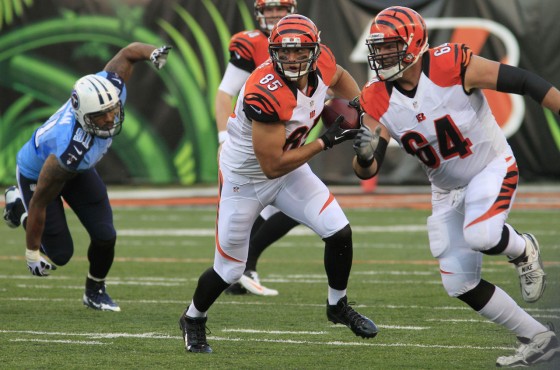 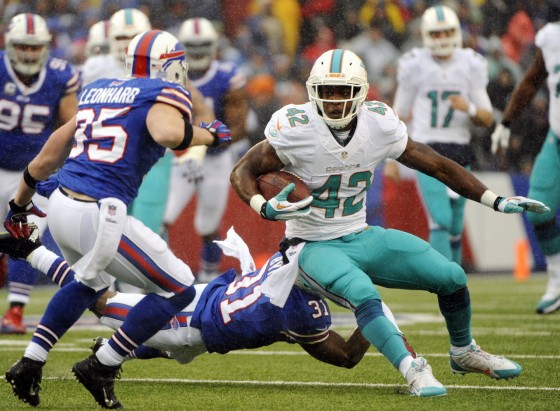 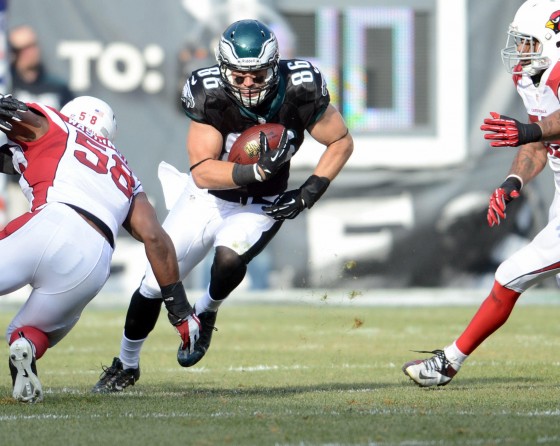 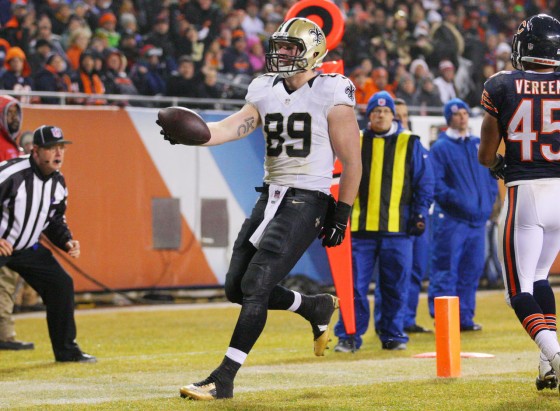 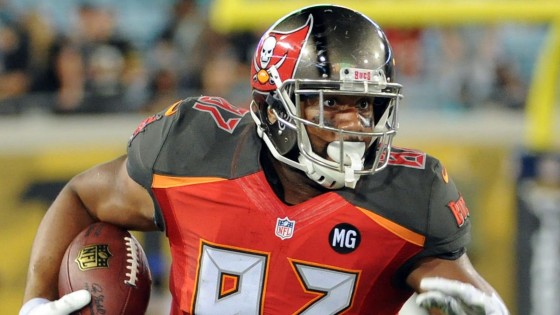 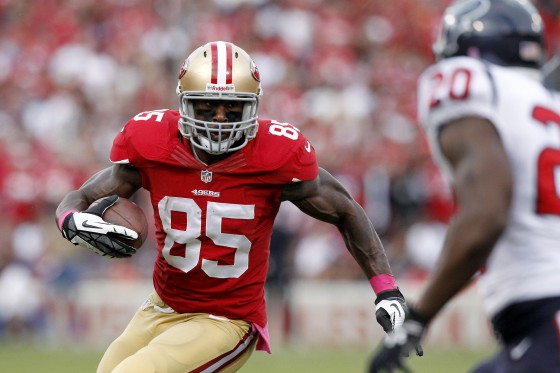 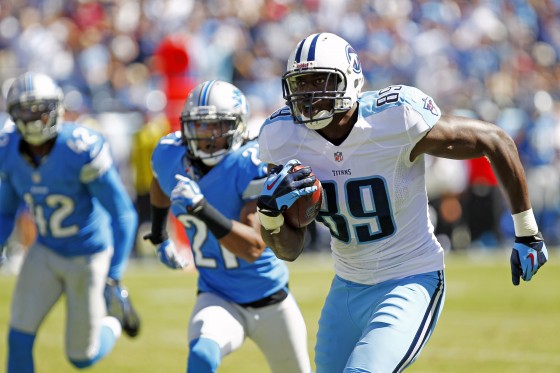 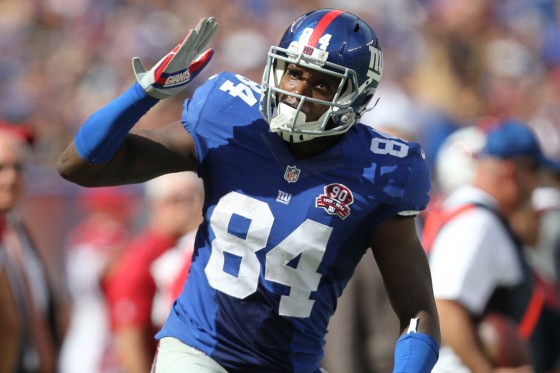 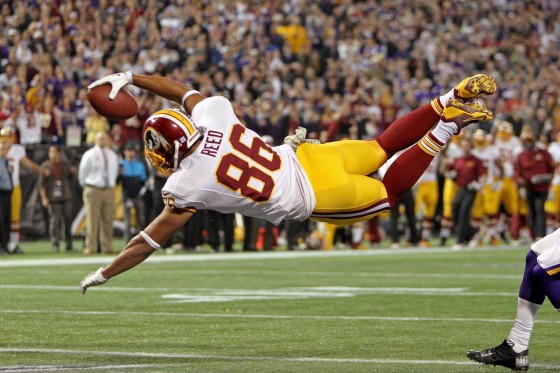 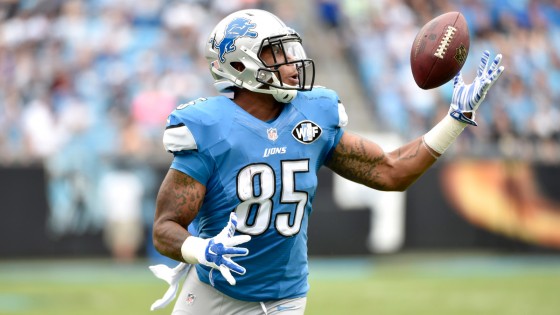