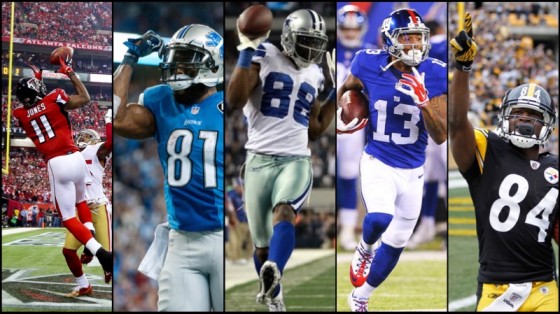 The NFL was once a run first, pass later league. If you wanted to win a Super Bowl, you had to be able to run the football. Although it is still helpful, a team can win a Super Bowl and/or dominate the NFL without running the football very much at all.

Fantasy Football owners are loving the new look, pass happy NFL too. With players like Antonio Brown, Demariyus Thomas, and Dez Bryant just dominating opponents, it makes life easier for Fantasy owners week after week. You could come back and win at any point in a PPR league thanks to players like them.

In 2014, Antonio Brown was the highest point scorer of all Fantasy players at any position and should be close to the top again in 2015. Odell Beckham Jr. didn’t start playing until October and still finished with 91 catches : 1,305 yards, and 12 TDs. His numbers over the course of a full season would have put him up next to Brown.

Don’t forget about the incoming rookies and the second year starters set to explode in 2015. Players like Mike Evans, Sammy Watkins, Cody Latimer, Jarvis Landry, and Jordan Matthews are set to become some of the NFL’s dangerous corp of slashers while new faces like Amari Cooper, Kevin White, DeVante Parker, Breshard Perriman, and Jaelan Strong are going to fight to be the next ODB. Here is our list of the Top 25 Wide Receivers in PPR Fantasy Football Leagues for 2015. 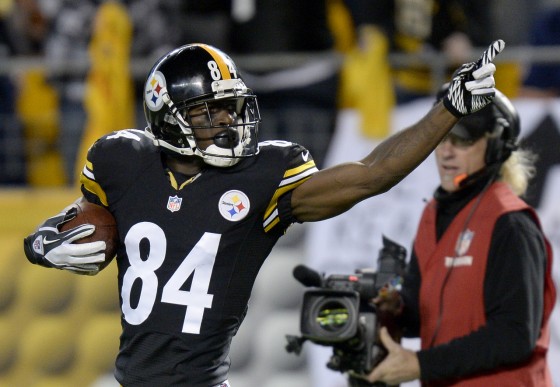 The Steelers, and especially Big Ben, got lucky. This past offseason, they used their 3rd round draft pick on Auburn’s Sammie Coates and in the year before that they nabbed Martavis Bryant in the 4th round. But back in 2010 they risked it all and drafted Antonio Brown in the 6th round. This guy has become Fantasy Gold and is currently on a 32 game streak of 5 or more catches a game. There is no one more consistent at this position in the NFL and with the addition of Coates, Wheaton, and Bryant, he will continue to shine in every PPR league in America. 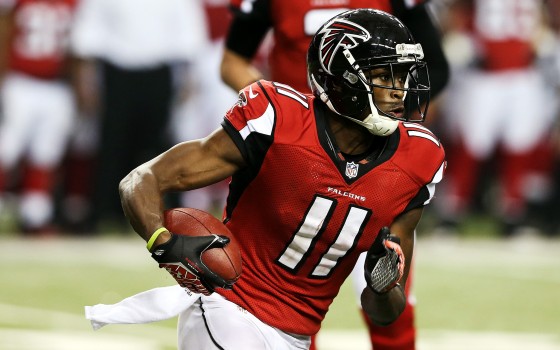 No, this is not a mistake. Julio Jones is the second best receiver in fantasy football. Why? He is going into his fifth season and has improved every single year aside from 2013 where an injury ended his season early. Atlanta’s new Offensive Coordinator, Kyle Shanahan, is going to make Jones even better. This is the same OC that turned Brian Hoyer, Rex Grossman, and Matt Schaub into 3,000 yard passers. He has Matt Ryan and Roddy White, there is no way Jones isn’t going to excel in this new offense. 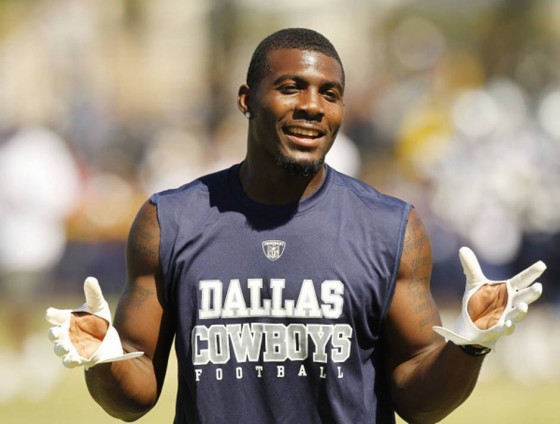 Dez Bryant is not going to be appearing in the preseason too much. But that does not worry us. He is dealing with hamstring issues, as he has been his entire career. That is due to his size and speed combination. However, this guy is fantasy gold. Not only does he have a solid QB that is protected by one of the greatest offensive lines ever built, but he has loads of talent on his own. So when Tony Romo has time, Dez can get open regardless of who is defending him. He is always good for 90 receptions : 1,200 yards, and 15 TDs. In PPR, that means he might just be one of the best overall. 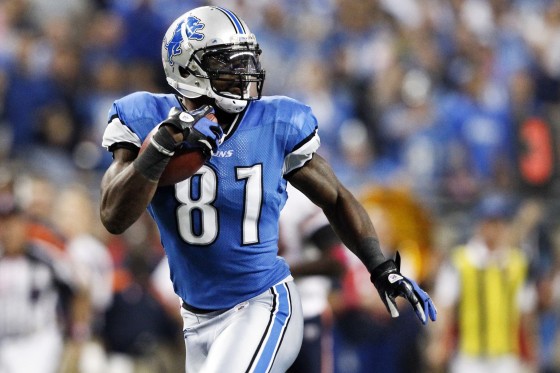 Since breaking the single season receiving record in 2012, Calvin Johnson has had injury issues that has kept him off the field 5 times in the past two seasons. Even in the games he has played, there were times he missed most of the game. His production has declined and fantasy owners are drafting him lower and lower. We do not think he should drop below the top five. With the addition of Golden Tate last season and now Lance Moore, the field is going to get a little wider for Megatron. He is still going to get you 1,000 yards and 10+ TDs so do not pass on him at five. 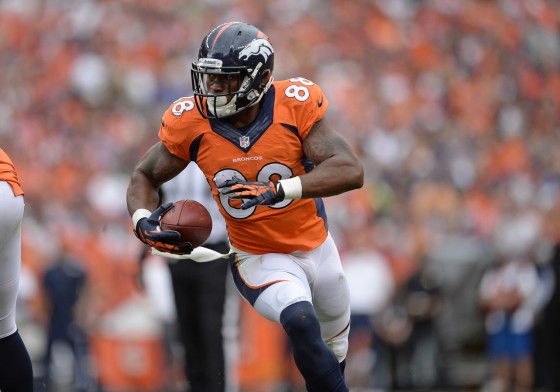 With the onslaught of Emmanuel Sanders in 2014, many fantasy owners thought Thomas was done in Denver. However, he just signed a huge deal that will keep him around long after Peyton Manning retires. Even with Sanders getting 141 targets in 2014, Thomas managed a decent 111 catches on 184 targets and 11 TDs. There is plenty of room for both players to excel in Denver so bet all your money on this guy having another fantastic run. 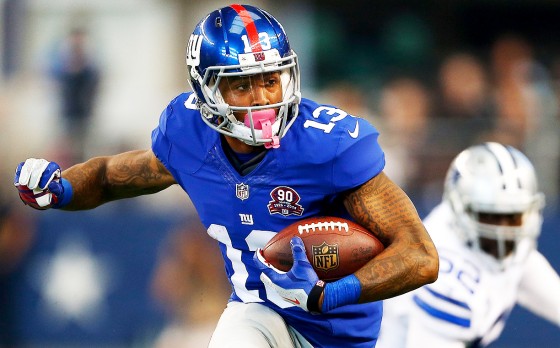 Normally, after a player has such an incredible first season, it is hard to duplicate in year two. But Odell Beckham is such a rare breed in the NFL that even he should dominate in the Eli Manning pass-heavy offense. In 12 games, he was targeted 130 times and caught 91 of them for 1,305 yards and 12 TDs. Victor Cruz is coming back after a season ending knee surgery in 2014 but he will be used accordingly. Rueben Randle and Odell Beckham, former teammates at LSU, will line up with Victor Cruz in the slot to form one of the deadliest WR core in the NFL. 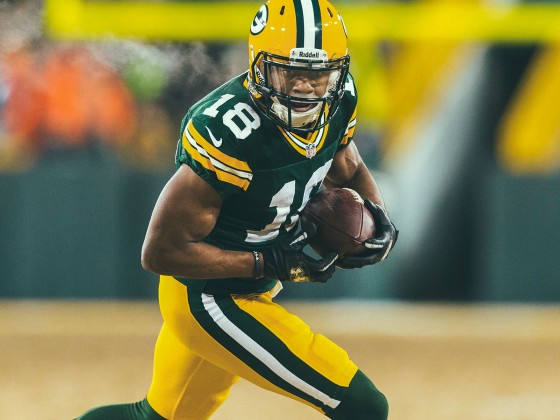 Earlier today Jordy Nelson was in this spot, however his apparent season ending injury means that Randall Cobb moves up several spots and becomes the undisputed top target in Green Bay. Hopefully you haven’t already drafted your team, because there is nothing worse than drafting too early and being stuck with preseason injuries. 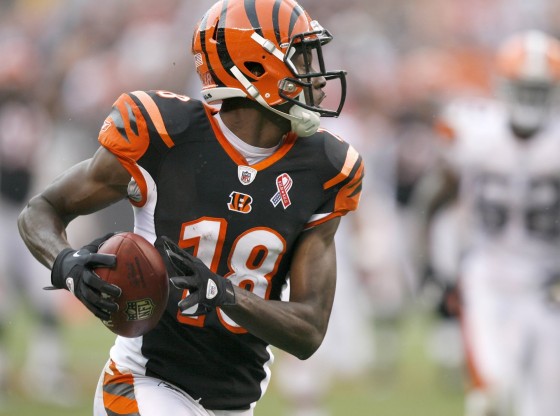 If you were wondering how Andy Dalton has started 64 consecutive games for the Cincinnati Bengals, look no further than A.J. Green. Since 2011, the Bengals have won at least 9 games and Mr.Green has been apart of most of them. He is a constant 1,000 yard receiver that needs more TDs to become top 5 and for some reason, he might end up getting those this season. 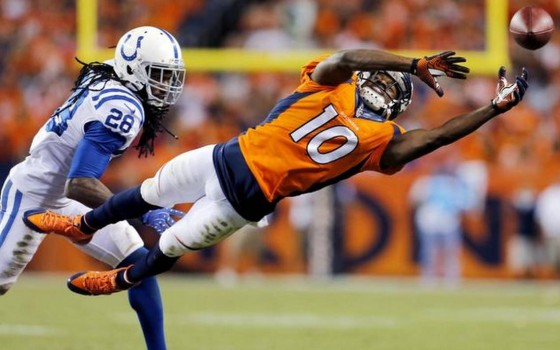 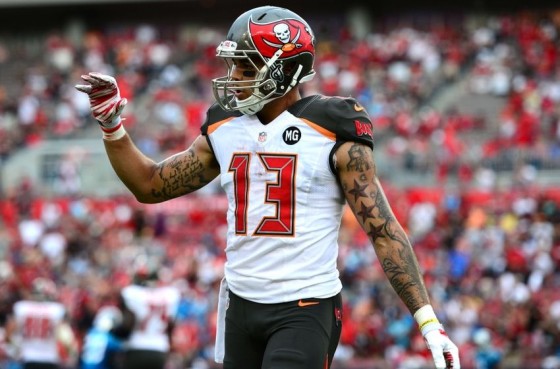 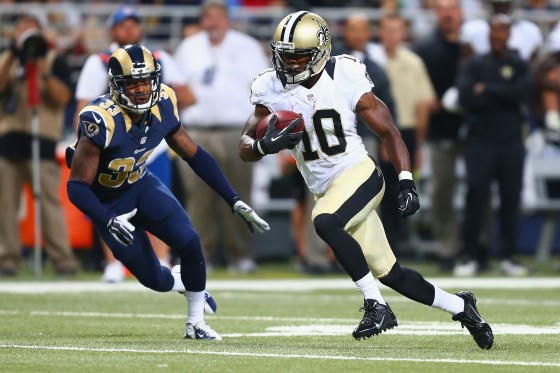 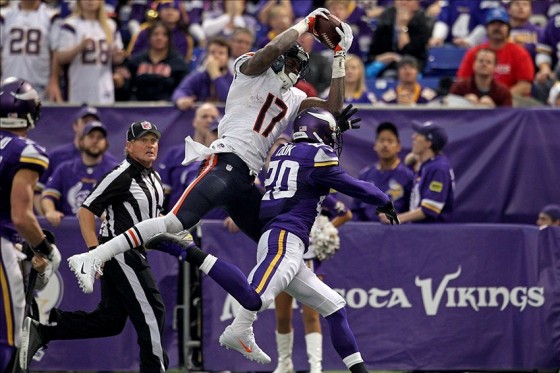 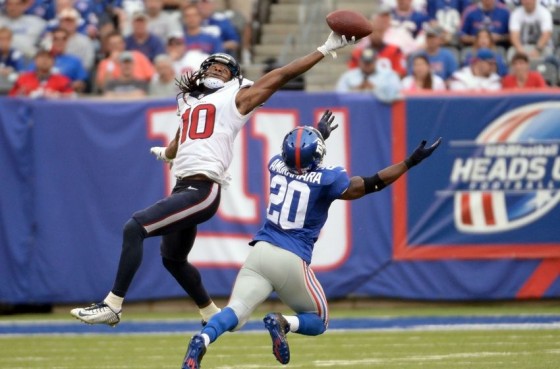 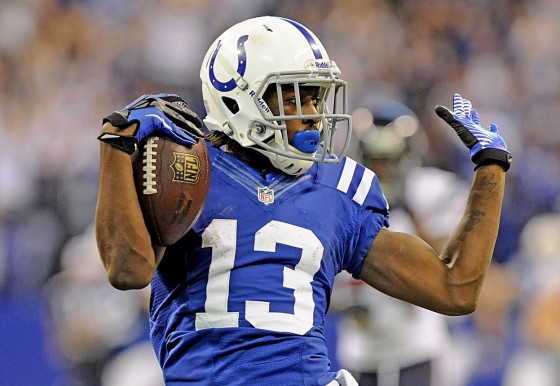 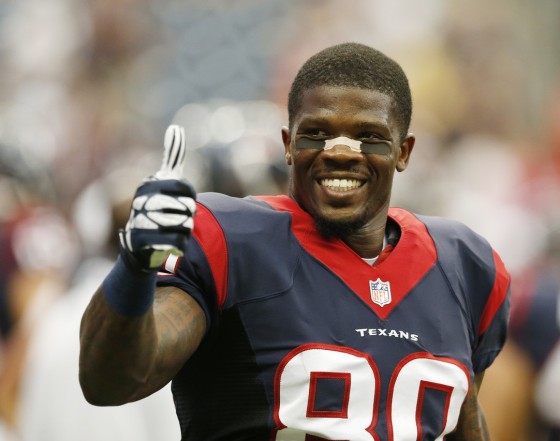 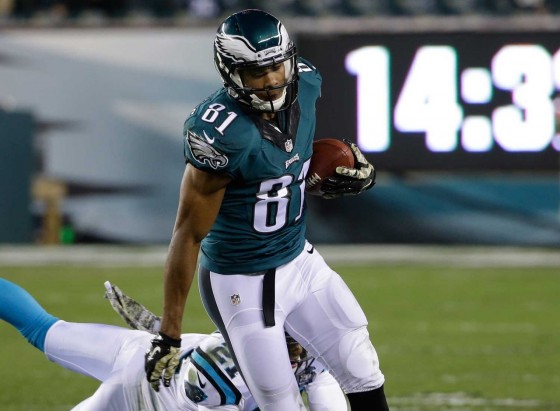 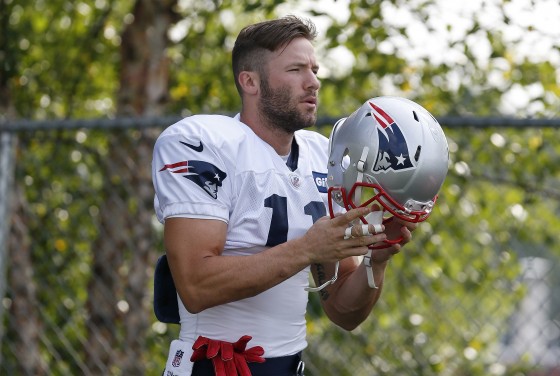 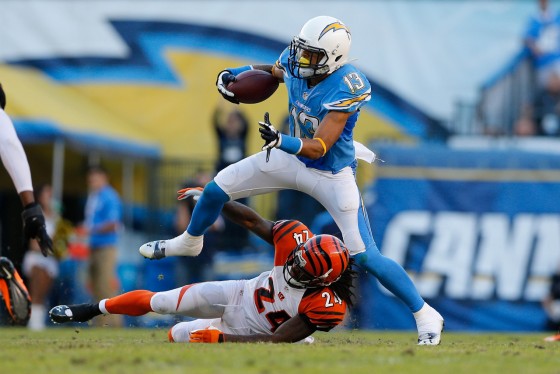 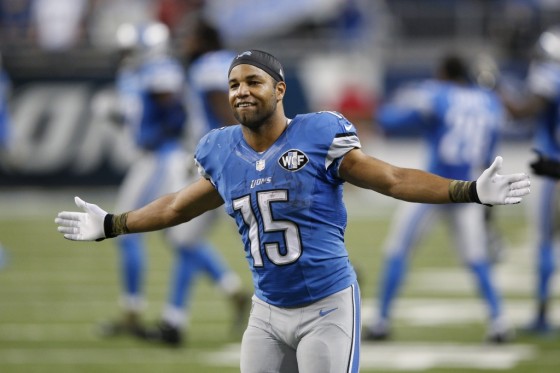 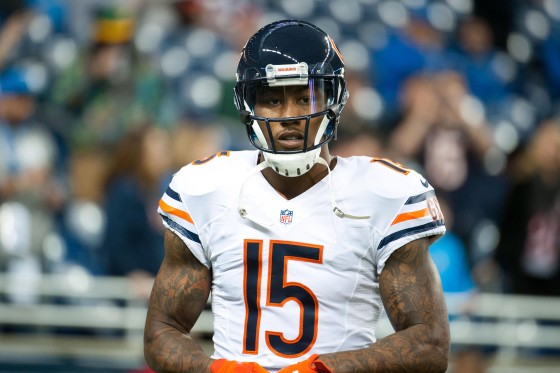 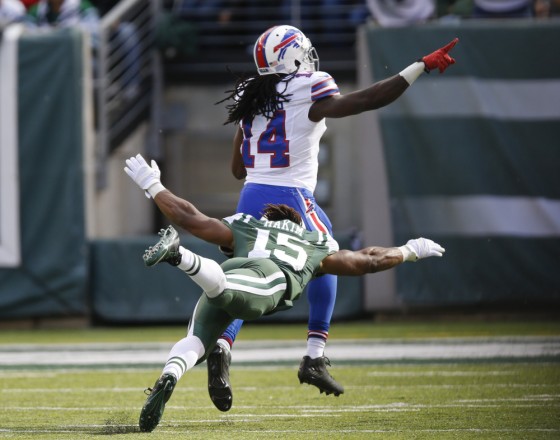 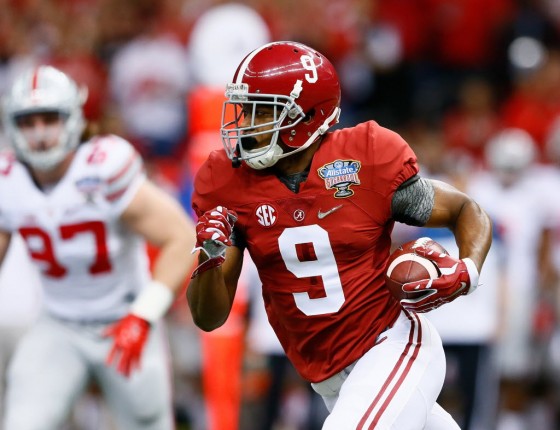 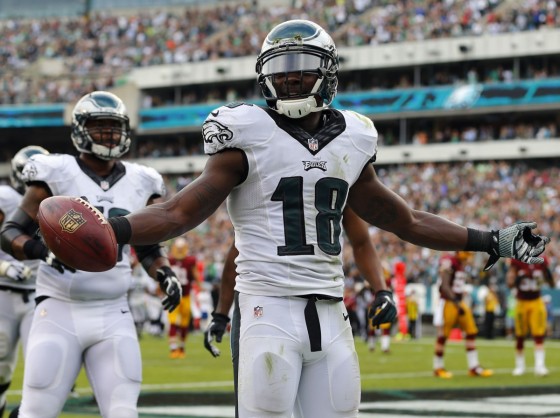 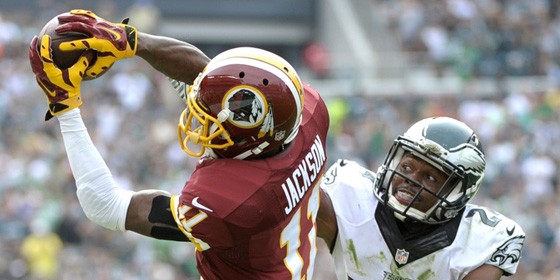 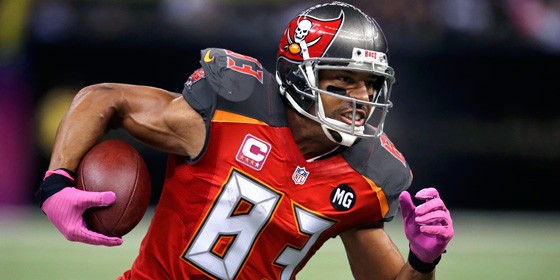