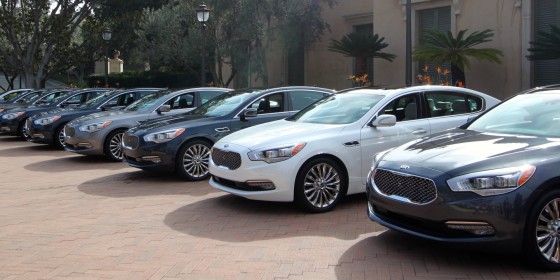 “They” say Kia can’t make a Luxury Sedan, that no one will pay $65,000 for a Kia, and that Kia should develop a separate luxury badge like Lexus, Infiniti, or Acura. “They” say a lot of things, don’t they? Luxury is the realm of German manufacturers, right? Until the Japanese did it, and did it well. Now the Koreans are entering the market, and making you question everything you thought you knew about luxury.

We recently were invited to the Resort at Pelican Hill in Newport Beach to experience a new take on luxury, the 2015 Kia K900. It is the new flagship of the increasingly impressive and popular Kia brand. It is luxury for the open-minded consumer, who values content over badging. After spending a week immersed in the Kia K900 experience, our eyes are now open to the new reality. 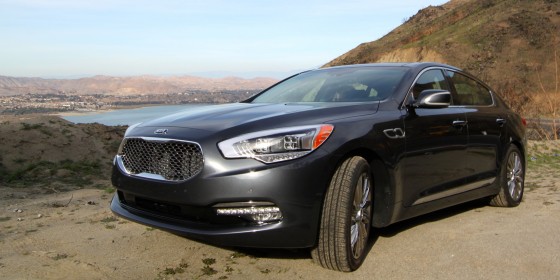 The K900 doesn’t depart drastically from what has worked on the Optima and Cadenza, thus it has familiar exterior styling from Peter Schreyer. While the front has a new take on the signature tiger grille, the star of the show is clearly the high-tech lighting package.

Standard on the V8 are adaptive LED headlights. With 16 LED bulbs providing powerful, natural light for enhanced luminosity, the beams, which adjust to follow the bends in the road, shimmer beneath crystal clear lenses that pull back deeply into the front fenders. Soft-glow LEDs frame the multi-faceted headlights. Mounted low and at the far corners of the nose are sleek LED daytime running lamps and LED fog lights. Similar use of LED technology can be found at the rear of the K900. The trapezoid taillights offer defused LEDs for the brakes and bright LEDs for the turn signals.

The K900 has the unmistakable look of a large luxury sedan from the outside, and is sure to give folks a double take when you pull up next to them at a light. We love the full-length panoramic glass roof, and find it looks very striking with a contrasting color such as white or silver. Unfortunately Kia’s willingness to challenge the status quo in luxury didn’t extend to their exterior color palette. When questioned about the lack of interesting colors, we were disappointed to hear the, “It’s a luxury sedan” answer from Kia reps. 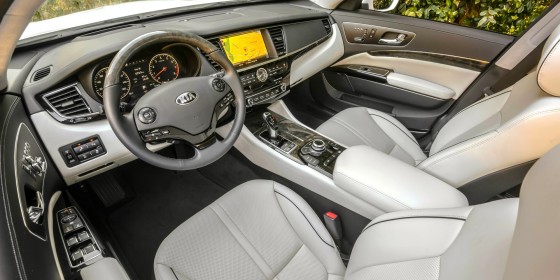 The interior of the K900 is what we’ve come to expect from Kia, modern, smart, and sophisticated. They obviously brought it to a whole new level of opulence with their flagship sedan though, adding plenty of content to distinguish the K900 from the Cadenza. Of particular note are the infinitely adjustable climate controlled seats with intuitive controls mounted on the doors. Being able to move your seat and turn on your butt-warmer without having to sit down first is the type of user-friendly design we appreciate from Kia.

Without listing every feature offered on the K900, it’s pretty safe to say that any reasonable request that you have from a manufacturer is likely included, such as Nappa leather, wood trim, and the latest in advanced safety features.

The opulence even extends to the rear seats, where you’ll find rear climate control and sunshades. If you really care about your passengers, you can opt for the $6,000 VIP package which (among other things) adds heated and cooled seats that independently recline to second row. Morpheus is a fan :

New in the K900 is their Driver Information System (DIS) found in the center console. It takes the place of touchscreens used on other models, and features a simple rotary knob surrounded by direct-access buttons. While our instincts kept leading us to touch the 9.2-inch screen, eventually we got the hang of the rotary knob interface, which was much less frustrating than other remote interfaces that we’ve tested. The knob was the key to allow us access to the K900’s amazing audio system :

First-class in-car entertainment comes standard in the form of a 900-watt Lexicon high-fidelity audio system, the most powerful and advanced system ever offered by Kia. An audiophile’s dream come true, the Lexicon system features a trunk-mounted 12-channel digital amplifier, 17 speakers, including a center channel and an inverted subwoofer located in the rear parcel shelf. 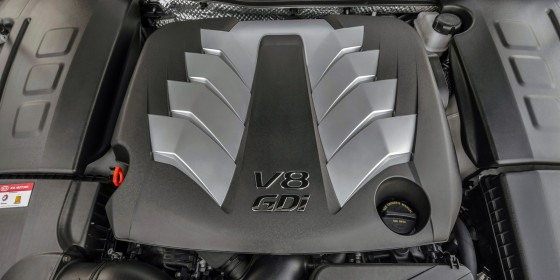 The K900 introduces the first V8 engine offered in a Kia sedan. While we’ve been impressed by the performance of the Optima and Cadenza in the past, the K900 packs 420 horses, and we let them run on the Ortega Highway. Much like the rear seats, we can tell by the grin on Morpheus’ face that he likes the engine too:

All that power is certainly fun, but it took more than just our expert driving skills to keep us from going off the edge of the Ortega Highway.

An advanced five-link fully independent front and rear suspension soaks up road imperfections while also managing to communicate what’s happening at each corner. Mounted on a sub-frame to isolate road shocks, the front suspension has coaxial coil-spring shock absorbers and a new friction bearing in the steering column to enhance straight-line stability and steering precision. At the rear, the suspension sub-frame also houses the differential, and the coil springs and shock absorbers are separate units, allowing for negative camber for improved cornering ability.

While we usually like to hear the noise from our engine, exhaust, and the road, luxury buyers seem to prefer those noises quieted, and Kia is happy to oblige. The ways they achieve a quiet ride are numerous and complicated, but rest assured you’ll be able to enjoy all 17 speakers of the Lexicon system in quiet comfort. 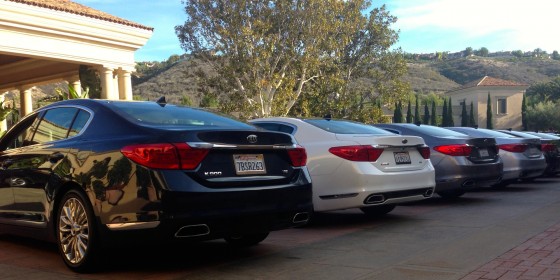 Overall we were impressed with the 2015 Kia K900. We wish it were offered in more interesting colors, and they had chosen a better name that was more consistent with the rest of their lineup. Those are relatively minor criticisms though and likely not important to most buyers. In terms of substance, there is much to like, and little to complain about with the K900.

The 2015 Kia K900 V8 VIP model we tested topped out at $65,500 fully loaded. Drop the baller package, and you can get into a V8 for $59,500, which is a compelling price for the luxury content offered in the K900. Of course that means you must be willing to challenge the luxury that you know, and take the red key…

Still, “They” might be right. $60,000 is a high price to pay for a Kia, when you could have something with less features from a more established luxury brand that your friends will recognize. “They” will continue to doubt Kia and will continue to select the Blue Key, but the smart money is always on the innovator and those willing to challenge the status quo. Are you ready to challenge the luxury that you know?