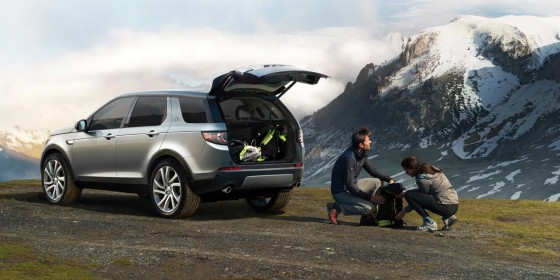 The 2015 Land Rover Discovery Sport is an all-new model introduced as a smaller, more nimble and urban version of the larger, offroad-centric Discovery. The Discovery Sport manages to mix a better on-road experience and around-town maneuverability with the legendary offroad capability that Rover is known for.

True body-on-frame sport utilities are a dying breed, as car-based unibody crossovers replace them. For many, the SUV is becoming a relic, but some manufacturers like Land Rover are determined to bring them into the 21st century and keep the strengths of the breed alive.

In Rover’s case, the introduction of the 2015 Discovery Sport and the earlier introduction of the similar Range Rover Evoque show their plans for the future. These two smaller sport utilities are comfortable on the road, but retain most of the capability off the road that fans of the brands expect. In the case of the lower-cost Discovery Sport, that capability comes with three trim levels and several package options. 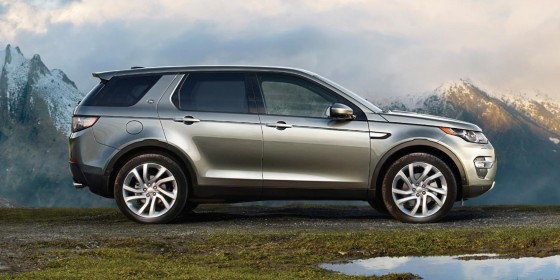 The 2015 Land Rover Discovery Sport takes its general styling from the larger Discovery model. A few changes are seen to make this smaller sport utility a little more dynamic and to de-emphasize the heavy wheels and large structure of its bigger brother. A well-matched hood line and grille carry upwards to the windscreen. The signature “Rover hood sill” drapes around the hood, making for a one-piece bonnet. The windscreen rakes to a curved, somewhat sloped roof line that ends with a spoiler above the hatch.

The sides of the Discovery Sport are adorned with lightly bulging wheel wells to house capable tires and a character line running along underneath the belt, passing through the door handles, to the top of the rear tail lamps. At bottom, a running board indent runs through the base of the doors to create the curvature of the body.

The 2015 Discovery Sport is marked for its simplistic use of contemporary design elements that come together in an overall theme of sporty character in a solid, capable package. The Discovery Sport stands out without being ostentatious. 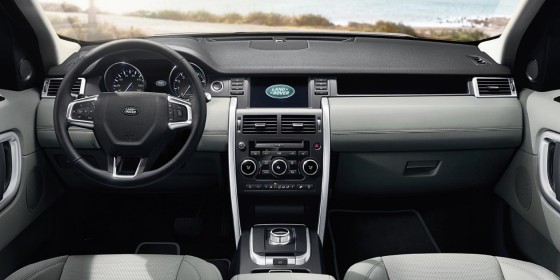 A conservative style, hinting at the old world, marks the high-quality interior of the 2015 Land Rover Discovery Sport. Unlike more Americanized designs, the Discovery Sport holds a less showy look and instead goes with a refined, simplistic design that includes a raised dashboard and emphasis on quality of material use.

Front seating is very comfortable, with a stiff, supportive feel. Adjustments are plentiful and easy to operate. There is plenty of head, leg, and shoulder room in the Discovery Sport for both the driver and front passenger.

The same is true of the second row, which has comfortable seating for two and availablility of seating for three if the center passenger isn’t too large. The second row seats are better than most we’ve tried in this class, we note. The optional third row of seating is suitable only for children, of course, and folds flat to create cargo space similar to that offered in the two-row only edition.

That cargo area is sized at about average for the compact crossover/SUV class, but is easily accessed and very usable thanks to the square-ish shape of the Discovery Sport’s rear hatch. The flat load floor and integrated tie-downs that some packages offer are a big plus. The second row folds in a 60/40 split and lies almost totally flat, opening up cargo space to a full 60 cubic feet in all.

We really liked the layout for controls and gauges in the 2015 Discovery Sport as well, finding them intuitive. Technology centers on the 8-inch touchscreen at the center console and the smaller 5-inch driver’s information screen between the tachometer and speedometer. The larger screen uses smartphone-like gestures for touch control, making it easy to learn for most. Available InControl apps include iHeartRadio, Stitcher, and others. Physical controls act as backup for those of us who may be a little more old school in our infotainment approach. 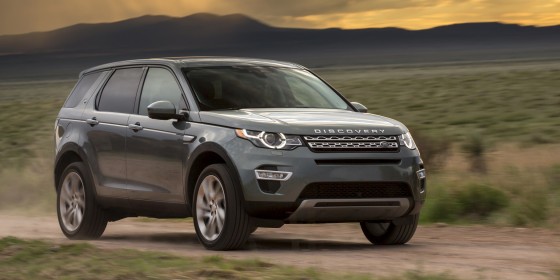 The engine used in the 2016 Discovery Sport is a 2.0-liter turbocharged four-cylinder that outputs 240 horsepower and 250 pound-feet of torque. A nine-speed automatic transmission with steering-mounted paddle shifters finishes the drivetrain. This is in all-wheel drive with the Land Rover Terrain Response System as the new offroad standard for Rover.

We found the LRTRS to be very intuitive once you’ve used it a bit, with the easy selection of terrain type (General, Grass/Gravel/Snow, Mud/Ruts, and Sand) being a quick way to let the SUV adjust itself to whatever you might be facing. Most will find the default AWD to be adequate for nearly all situations in regards to weather and hard-packed dirt roads whereas the extra settings will add a lot of capability in their respective situations. The Discovery Sport is far more offroad capable than most crossovers and many sport utilities in this class.

Add in that this little SUV can also tow up to 4,400 pounds or so and you’ve got the “utility” part of the SUV title.

Surprisingly, with all of this offroad capability, comes more than enough on-road comfort. The 2015 Land Rover Discovery Sport is smooth and much quieter than expected when out on the highway. Around town, it absorbs road bumps and hazards easily and maneuvering is well-mannered and cushioned. We note that steering is not as tight as some car-based vehicles in the crossover class and fuel economy is relatively low when in town. 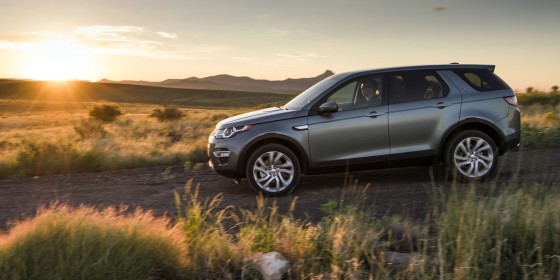 With its performance on and off the road, fuel economy at 22 mpg combined (26 mpg highway), and rugged nature, the 2015 Land Rover Discovery Sport is a perfect choice for the urban warrior who loves weekends in the rough. It’s upscale, comfortable, drives well on the highway, and can get through thick and thin. The Discovery Sport is equally at home being valeted at the opera or climbing through a dry stream bed to get to an off-track campsite.