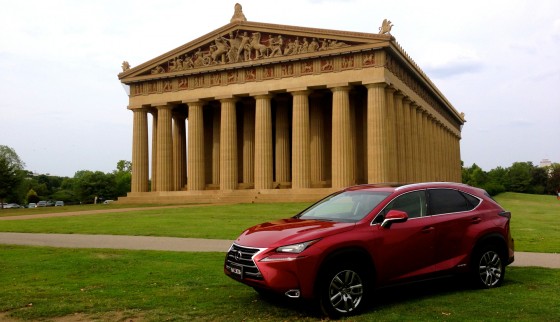 Lexus has made a push over the past several years to produce vehicles that appeal to a more youthful and energetic car buyer, and the 2015 Lexus NX is the latest product supporting that strategic direction. In April, the entirely new compact crossover was revealed at the Beijing Auto Show with this video that clearly conveys that youthful energy :

Recently we were invited to the Union Station Hotel in Nashville, Tennessee to check out the 2015 Lexus NX in person. They call it an Urban Crossover, or a compact luxury-utility crossover, and it slots just below the RX in the Lexus lineup, starting below $40k. Think of it like the IS of crossovers, aggressive and fun for the younger buyer, while maintaining the quality you expect from Lexus.

As you can see from these photos, the NX is particularly striking from the front, and we enjoyed posing it amongst landmarks all around the city. The photos above are actually all of the Lexus NX Hybrid, which we took for a spin in the city. See what the Turbo F-Sport model looks like and read our thoughts on the newest addition to the Lexus family in our First Drive impressions below. 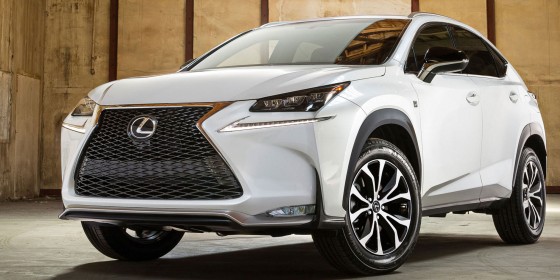 The Lexus NX has clearly been designed to standout and get noticed, and that aggressive styling is taken to another level with the F-Sport pictured above. If a picture is worth a thousand words, then a video must be worth a million. So to make this easier on both of us, we’ve embedded this excellent walk around that has just been released by Lexus in recent days. Please allow Ming-Jou Chen to brief you on the two engines and exterior features of the 2015 Lexus NX.

The NX is obviously a utility vehicle that looks like it was designed more for Gumball 3000 than Dakar Rally. While it clearly isn’t going to perform as strong as the IS 350 F-Sport at the track, the 2.0L Turbo engine with 235 HP did exhibit noticeable acceleration on the highway while hauling four adults. We found it fun to drive in the Tennessee countryside with adequate power and handling. Not surprisingly, we recommend the F-Sport over the Hybrid model, although it does not come with the Sport+ drive mode offered in the sedans.

Our only note of dissatisfaction on the exterior styling is the black wheel-well trim, especially on the lighter paint colors. We assume it’s a visual trick to help convince us that the tires are larger and more aggressive, but it seems to create a black-hole of negative space and we really just wish the tires were bigger and more capable of taking us off-road. 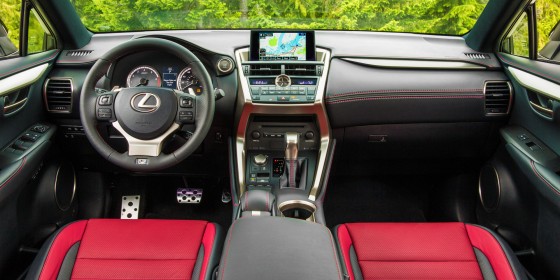 Pictured above is the F-Sport in uber sexy Rioja Red interior. Unfortunately we didn’t get to see that interior in Nashville, but it’s easily our favorite, and really captures the spirit of Lexus F. Again we’ll let our new friend Ming-Jou Chen do the heavy lifting here, so we don’t have to regurgitate the product overview to you in text form.

Overall we liked the interior styling with the use of soft-touch materials and high-contrast stitching. We found the seats comfortable, even with the sport bolsters and had no trouble figuring out any of the controls.

The NX comes loaded with tech and connectivity, which is exactly what we crave when making a new car purchase. While we appreciate the 7-inch display as a standard feature, the wide vertical black bezel hints that the interior may have originally been designed for a larger screen. We similarly appreciated the new Touchpad Remote Touch Interface and definitely prefer it over the outgoing joystick, but wished it was more responsive. Hopefully the lag we experienced with that system was due to the prototype model we were driving.

Our initial impressions of the 2015 Lexus NX are positive, and we think it will fill out the Lexus Utility lineup well. The aggressive exterior styling combined with the interior technology and performance of the 2.0L Turbo make a compelling package that should help the NX appeal to the next generation of Lexus customers. The NX was fun to drive, looked bad-ass from nearly every angle, and we can’t wait to see them hitting show room floors this fall.