The 2015 Mitsubishi Outlander is the latest update to the Japanese automakers’ 7-passenger crossover. It offers a comfortable ride, efficient gas consumption, and just enough content to check off boxes on a budget conscious family’s checklist. The 2014 model won KBB’s 5-Year Cost to Own Award for a Mid-Size Crossover and safety is being touted as one of its main selling features :

We recently had the chance to drive the 4-cylinder SE version for a short week around the office, and were left generally underwhelmed by the experience. To be fair, the 6-cylinder GT version may have been more to our liking, but the current iteration of the Outlander just doesn’t seem like our type of vehicle. It’s a relatively low cost vehicle aimed at families, but we’re guessing it will be more appealing to mothers than to our audience. You can see the model we drove pictured below near the Navy Yard in Washington, DC. 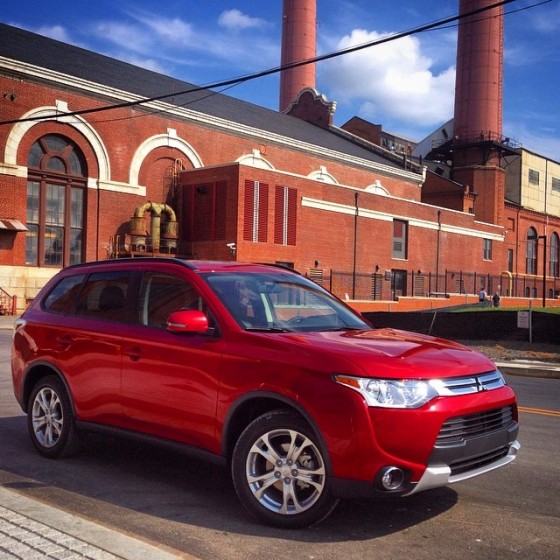 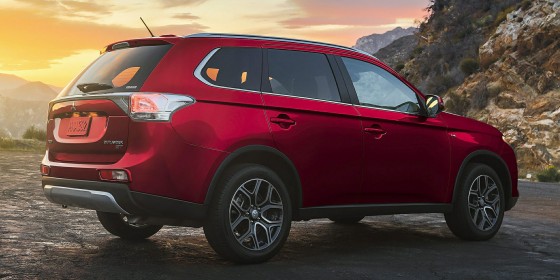 The Mitsubishi website describes the Outlander as having “Irresistible Good Looks and Sporty Styling.” We have a hard time agreeing with either of those statements, but overall we thought the package was cohesive and nice looking. Rally Red was a nice color, but also relatively standard for vehicles these days. How we felt about the exterior styling matches how we felt overall about the entire vehicle, it’s nice, but boring. It’s not offensive or ugly, but it doesn’t attract any attention either, which might be the point. The GT version that you see in the photo above is definitely more appealing than the SE that we drove, with the chrome accent around the windows, HID headlamps and upgraded wheels.

The 2015 Mitsubishi Outlander was relatively roomy and comfortable, in the first two rows of seats. We’d only recommend using those cramped 3rd row seats in extreme situations, but as a 5-passenger vehicle, it feels very comfortable and spacious. The vehicle rides relatively low, which made getting in and out (especially in the back) noticeably easier than a traditional SUV.

The SE model we drove did not come with the available Navigation, which made the screen seem somewhat useless. Although it was utilized for the radio tuning which is among our least favorite things ever. It’s probably fine once you have all your pre-sets in the system, but it is awful for test drive situations. We did enjoy the dual climate zones and the Rockford Fosgate audio system with rear mounted subwoofer.

Prior to driving the 2015 Mitsubishi Outlander, we spent a week driving over 500 miles in the Mazda MX-5, and the contrast was absolutely jarring. The Outlander is relatively light which means the 4-cylinder engine was capable, but sluggish and rather boring to drive. The GT upgrades that 2.4 liter 4-cylinder and its 166 hp to 224 hp with a V-6 engine. It would almost be a requirement if you’re going to regularly be hauling a full load of people, but will definitely have an impact on your fuel economy and it seems to require premium fuel.

The loose steering was definitely tuned more towards comfort than responsiveness, and overall we could tell the Outlander was more focused on fuel consumption than being fun to drive. That’s certainly what you’d want if you’re looking to transport your family on a budget, but when you drive as many vehicles as we do, it fails to impress. 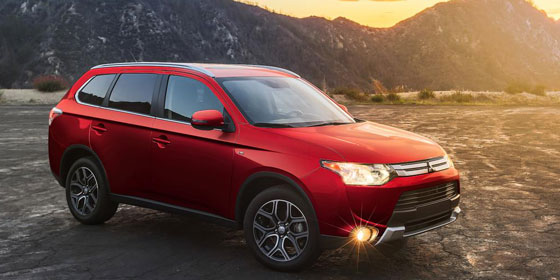 The 2015 Mitsubishi Outlander is an economical, safe, comfortable and capable family hauling vehicle. Those are all admirable qualities, but add up to create a rather boring package overall. We tend to prefer vehicles that are different and exciting, but many buyers are looking for safe and affordable. If you are in that category, then we certainly recommend checking out the Mitsubishi Outlander. The SE S-AWC model that we drove priced out at just under $30,000 with the Premium Package and you can get into the V6 GT for about $35,000 with the Touring Package.

A family vehicle that is economical, safe, comfortable, and boring.