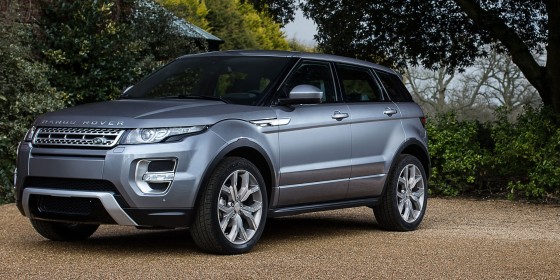 The 2015 Range Rover Evoque is a small crossover, fitting somewhere between the compact and midsize markets. It’s certainly the most diminutive of the Range Rover line, but that doesn’t make it less appealing. The Evoque is by far the most appealing Range Rover crossover sport utility, with a much more dynamic and new-school look than most of the others in their lineup.

There are a lot of competitors in the small luxury crossover segment, which is one of the fastest-growing in the industry, but among them, the Range Rover Evoque stands apart. Available as a two-door or four-door model (the former called the Coupe), which itself is unusual, the Evoque also features five trim levels with several sub-trims and packages built around those.

As with anything in automotive, there are things to love about the Evoque and things that aren’t so attractive. In the looks and comfort areas, we give the 2015 Evoque top marks. In the utility and capability arena, though, it’s well below par. 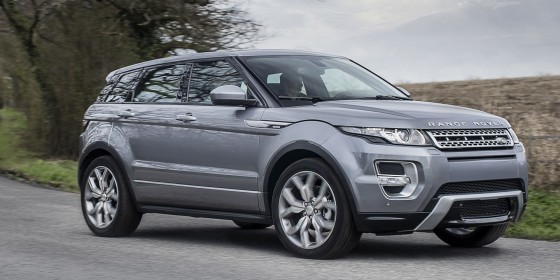 The most striking thing about the 2015 Range Rover Evoque is its classy, bold look. The Evoque turns heads and gains the attention of nearly everyone who sees it. From the very Rover front grille to the strong body lines, coupe-like roof, and big wheel wells, the Evoque has a fast-paced, fun look about it that is unnmatched in the compact segment.

The small stature of the 2015 Evoque is set off by its tapered roof, which ends in a large spoiler, and beveled rear shape that matches the nose’s round profile. The raked windshield and hard body line running straight along the sides are at odds with the big, humped wheel wells and black “floating roof” pillars. This creates a very dynamic look that is nearly universal in its appeal.

Various trim levels add to this overall design with bigger wheels, a panoramic glass roof, and so on. This year, specific trims like the Prestige and Dynamic can change the exterior dramatically, blacking out some details or bling onto others. 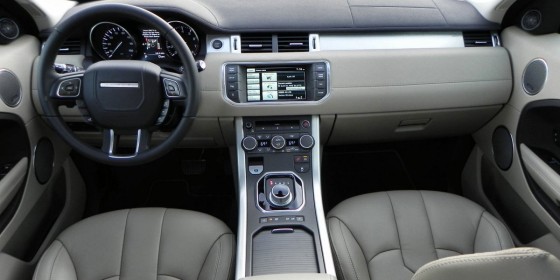 The interior of the 2015 Evoque is very stylish and pleasing to the eye. The dashboard is dominated by a big, bright 8-inch touchscreen at its center. Below that is the gear selector knob, a signature Jaguar Land Rover thing that just seems to say “Good day, Mr. Bond” every time it rises up upon engine start.

Materials quality is top shelf with no slacking anywhere within the cabin, as befits a Range Rover. Front seating is excellent with plenty of adjustment and a lot of cush without getting mushy. Driver’s controls are well laid out and easy to use, once the initial Jaguar-style quirks are learned.

The back seats aren’t so lucky. In the Coupe model, they aren’t much better than the name would imply, being largely for insurance purposes and small children. In the four-door, though, they are a bit better with plenty of room for youngsters and small adults. Those over six feet, however, will find headroom to be minimal and legroom to be a little cramped. The sloping roofline is to blame for this, as is the short wheelbase of the Evoque overall.

Behind the second row, cargo is also tight. Some small hatchback cars have better cargo than does the 2015 Evoque, though we note that the integrated tie-downs add a lot to the cramped quarters there. The four-door sports 20.3 cubic feet and that drops to 19.4 for the Coupe. Laying down the rear seating increases cargo to 50 cubes even in the four-door and 47.6 in the Coupe. Those numbers are all smallest in class. There is a price paid for the great looks of the Evoque.

Another thing to like about the 2015 model, though, is the upgrade to InControl Apps. This is a smartphone-tied system that integrates either an iOS or Android phone to the infotainment on that lovely big screen. Although some functions can be slow, this native tie-in with a phone makes it much easier to use the system than previous generations of Rover’s systems. Many of the app’s interfaces are the same on-screen or on the phone. This greatly reduces the learning curve. 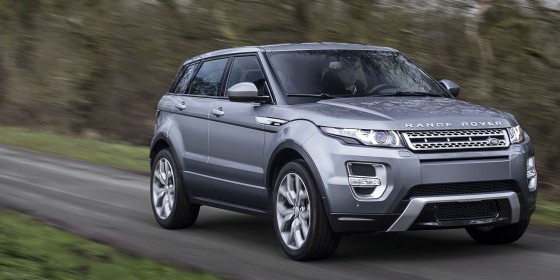 The 2015 Range Rover Evoque is powered by a 2.0-liter turbocharged four-cylinder that produces a generous 240 horsepower and 250 pound-feet of torque. A nine-speed automatic transmission is standard and includes all-wheel drive. The EPA rates the Evoque at 24 mpg combined, with 21 mpg in the city and 30 mpg on the highway. That’s one of the best EPA ratings in the class.

Out on the road, the 2015 Evoque is very comfortable to drive, absorbing road noise and imperfections very well. It’s smooth, confident, and easy to maneuver with its small size bringing a nimble nature by rights. Around town or on the highway, the Evoque is an excellent drive and upper trims bring added security and conveniences like adaptive cruise control and forward collision mitigation.

Performance Off the Road 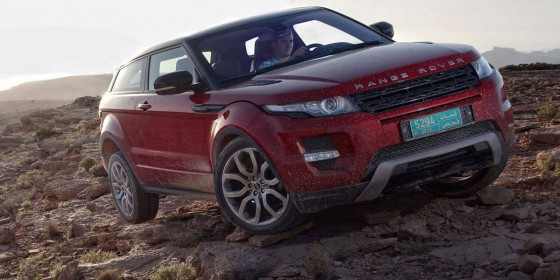 Off the road, the 2015 Evoque utilizes Rover’s Terrain Response System. This is a driver-selectable set of AWD controls that automatically adjust the vehicle to specific terrain types. For most Evoque owners, the dirt/trail and snow/ice modes are the most useful, with the others being more about wishful thinking than reality.

The 2015 Range Rover Evoque is not, by any measure, an offroad machine. It can go off the pavement and will do well in inclement weather on the road, but has neither the ground clearance nor the muscle to seriously bounce a trail. Despite its Range Rover nameplate, we suspect that the majority of those buying the Evoque already know this. 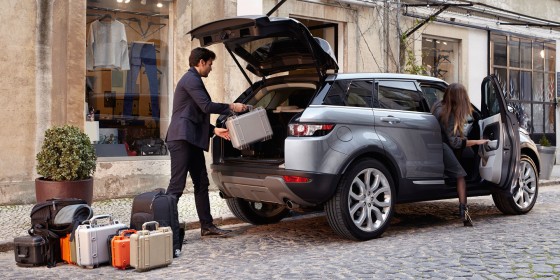 The 2015 Range Rover Evoque is a beautiful, smart-looking little crossover that really hits the mark for many buyers in terms of looks and driving appeal. It is not very utilitarian nor is it particularly capable outside of the norm, but those buying it are not likely interested in anything more than looking good and being comfortable. We don’t blame them for that.