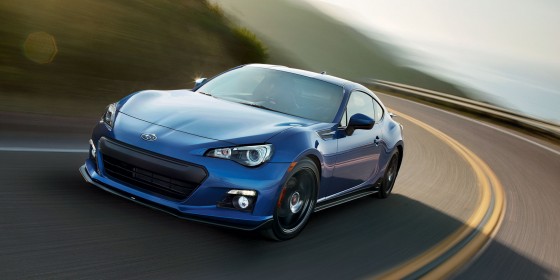 The Subaru BRZ is part of the “Toyobaru” family of cars designed and built as a collaboration between Subaru and Toyota. The Scion FR-S and Toyota FT-86 are virtual twins of the BRZ, with the differences between the sport coupes being mainly in badging and interior fitment. For 2015, though, the Subaru BRZ sees some suspension retuning and a few interior updates as well as a new limited edition Series.Blue trim point. 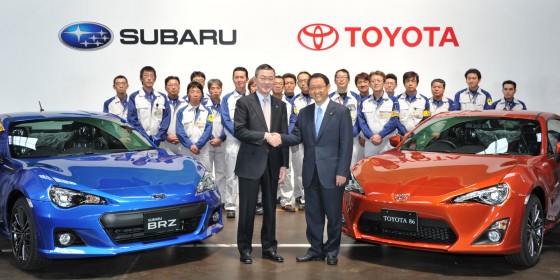 The 2015 Subaru BRZ is an entry-level, rear-wheel drive sports coupe with a lot of style, plenty of panache, and a real road-going verve you won’t find in many sports cars today. A week in the coveted Series.Blue edition was a real treat for us and points to the BRZ’s exciting nature, which comes with some surprising daily usability. 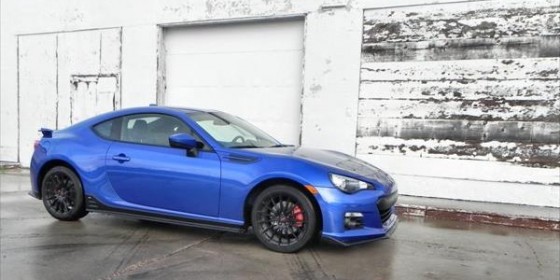 The first impression given by the 2015 Subaru BRZ to the onlooker is one of refined, but not expensive sport. Where the polo player might choose an Aston Martin and the football player might choose the Hellcat, the Subaru BRZ is for the player who chooses sport for the love of the game. The Aston or Hellcat might have more glitz and celebrity, but the BRZ has a purity of purpose and spirit that cannot be scoffed. In our minds, the BRZ is akin to the MG or early 911 models in its singular focus on the drive and driver.

The lines of the 2015 BRZ showcase this focus with the classic humps over the front wheels, fast-paced fascia, and low hood promise agility. The low curve of the roof and hard clip of the fastback rear speak to speed. The muscular haunches over the rear wheels and the plain lines of the sheet metal ensure that nothing gets in the way of that pure driving goal. 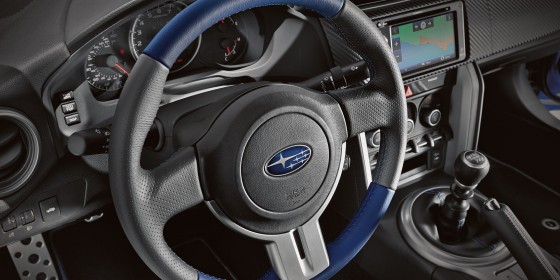 When one first enters the BRZ, the lack of flashy bling and big screens promising lots of activity beyond the simple task of driving is both nostalgic and disconcerting. Those who love their hyper-connected cars with apps and gadgets will be highly disappointed with the available technology options in the 2015 BRZ. Those who want to just drive for the fun of driving, whether it be an everyday commute to work or a weekend twist through some hills and valleys, will find the lack of distractions refreshing. In a world where cars often have as many buttons on the steering wheel as they do the dashboard, it’s nice to see a simple three-spoke steering wheel with nothing more than an ABS stamp and Subaru logo to adorn it.

After some time in the 2015 Subaru BRZ, preferably driving it, that lack of techno-wonder becomes a selling point. The focus of the BRZ is on the driver piloting the car and having a good time doing it. The only distractions are a radio and an optional navigation system to get back home after you’ve lost yourself on back country roads. Even the instrument cluster is just a dominating RPM gauge with a few extra dials to show important things like fuel and speed.

Most of the options available for the 2015 BRZ are interior upgrades. The three trim levels (Premium, Limited, Series.Blue) mainly offer upholstery changes and a few details. Keyless entry, cruise control, power accessories, tilt-telescoping steering with leather wrap, a simple touchscreen with Bluetooth, and navigation are all standard features in the base Premium model. The Limited adds keyless ignition, dual-zone climate, and simulated suede. The Series.Blue upgrades that with styling tweaks and accent stitching on a black-and-blue interior theme. 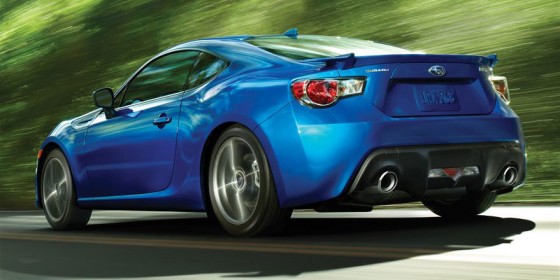 The 2015 Subaru BRZ is powered by a 2.0-liter horizontally-opposed four-cylinder engine that produces an honest 200 horsepower and 151 pound-feet of torque. This is a Subaru powertrain and it’s the heart of the little coupe’s appeal. Excellent suspension tuning and a solidly-made chassis finish the road-going excellence of the BRZ.

Transmissions include a six-speed manual as standard equipment with a six-speed automatic (which includes shift paddles on the steering wheel) as an option. We drove the Series.Blue, which is available only with the excellent manual six. Enthusiasts will love the engaging clutch, which has a very positive break point, and the extremely short shift throw in the BRZ. The transmission tuning in the BRZ is better than that found in many much pricier sports cars, in fact, with such a fast shift and engaging personality that it almost dominates the car’s appeal.

Once on the road, the 2015 Subaru BRZ has a beautifully smooth and stiff ride that transmits the road right into the driver’s feet and thighs. Seat bolstering prevents a lot of movement, aiding the excellent feel that the sharp and responsive steering gives. Every sense is engaged in the BRZ during the drive, with the road coming through the steering wheel, pedals and floor with authority as the sound of the tires on pavement and engine grunts radiate into the ear. Hard cornering produces welcome tire rubber into the cabin as the eyes look through the windscreen to the road that is almost level with the driver thanks to the very low seating position. A palpable taste of excitement thrills on even the most mundane routes when you’re piloting the 2015 BRZ. 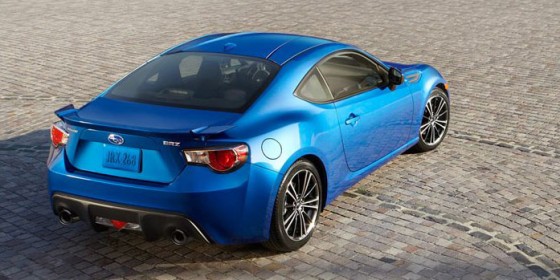 The 2015 Subaru BRZ offers a lot of excellence for only a few bucks. Base pricing starts at about $25.5k with our test model ringing in at just over $30k, delivered, with most of the bells and options included. The little inline four offers enough power to make the BRZ fun without getting overwhelming or breaking the fuel economy bank.

As a daily driver, the BRZ is a lot of fun and a good choice, offering 30 mpg on the highway (manual transmission). On the weekends or as a fun weeknight driver, the 2015 BRZ brings plenty of good times and great looks.

With only a week in the 2015 Subaru BRZ Series.Blue, however, it was difficult to gauge how well this car would be in longer-term ownership. Which is why we hope Subaru will read this and donate one to the cause. You know, in the interest of journalistic science.