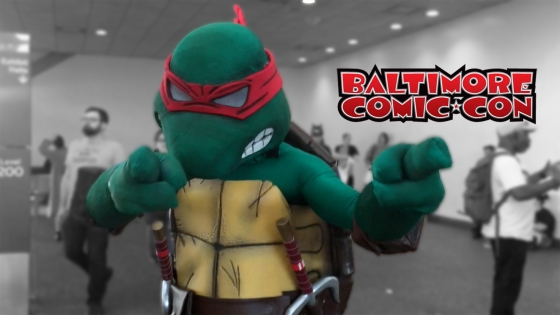 The Baltimore Comic-Con returned over the weekend for its largest show ever. For the 4th time in the past 5 years, we were on-hand for the festivities. In years past we’ve been focused primarily on capturing as many Cosplay Photos as we could, and you can view those extensive galleries from 2014, 2013, and 2012. However this year we wanted to bring you a more complete picture of this annual event in video form, featuring scenes from the convention floor itself. While there is still plenty of Cosplay (who doesn’t love Cosplay?), our 2016 Baltimore Comic-Con video goes beyond posing for photos. Enjoy.

While we attended and shot with an iPhone on Sunday afternoon, Second Best Productions came earlier in the weekend and demolished our video efforts with this epic cosplay feature :

Yeah, no worries, we’re proud of our video, but still self aware. They win.