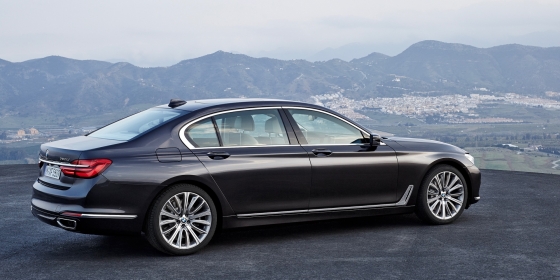 The BMW 7-Series has long been a benchmark in the luxury executive sedan segment. These exclusive cars are normally the purview of the powerful and of high-end luxury limousine services. Often both. For 2016, BMW made some big upgrades to this flagship sedan in order to modernize it. The biggest of those upgrades is the making of the long wheelbase option a standard feature of the 7-Series, giving the back seats more legroom than most lounge chairs.

Other upgrades for the new model year include a lot of technology festooned throughout the car, a few interior changes to make the cabin not only more luxurious, but also more spacious, and the lengthening of the wheelbase to make this bigger, longer car drive like a smaller, quicker sedan. All solid improvements to what was already the sedan to beat in the executive market.

There are also some suspension changes, but otherwise the drivetrain and chassis remain their same excellent selves. The 2016 BMW 7-Series, especially the beautiful 750i we drove, continues to be the one to beat in the luxury sedan class of executive movers. 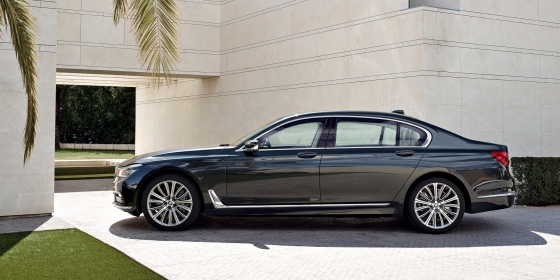 Everything about the BMW 750i is elegance. The 7-Series is made for a specific market that wants, primarily, to make a simple statement about their position in life. In traditional BMW styling, the 7 has a saloon-style hood that is long and flat, with a light curve at the end to create the signature BMW front grille. The coupe’d roofline finishes in a short, clipped trunk.

The overall look blends curvature with straight lines to create elegant motion that promises power when called. The doors are large and wide, especially at the rear, and the wheel arches are simple and understated to bring the eye to the workmanship of the wheels themselves.

This is a great overall look that is noted in all of BMW’s vehicles, large and small, but that is most exemplified in this flagship sedan. 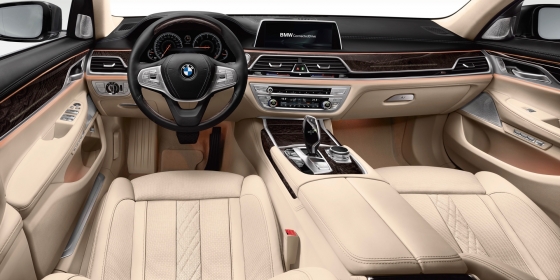 Everything about the BMW 750i’s interior has been changed from the previous generation. The dashboard is a little more European and less Germanic in its flow, entries and the interior are all illuminated with the soft glow of LED lighting throughout, and a huge infotainment screen dominates the center of the dashboard. From there, small details show the kind of quality of workmanship and attention to detail that BMW’s designers took with the new 7-Series. The standard fitments in the BMW 750i are too many to list.

Seating is extremely comfortable, as befits a car of this caliber. Available multi contour seating in the front is an excellent upgrade if you plan to drive this car yourself. But the BMW 7-Series is mainly about the rear seats. This is, after all, an executive sedan.

Seating in the back is beyond roomy, bordering on guilty for its space. Fully adjustable near-captain’s-style chairs are split by a large center console that can include a removable Android tablet, controls for climate and other comforts, and more. Entertainment screens are available, but are controlled through a clunky remote interface rather than as touchscreens, making them less than they could be. A package upgrade also makes the passenger-side rear seat a lounge chair with a fold-away table. And don’t forget the cabin’s perfume diffuser, which offers an array of aromas to help clear the air in the big BMW. Those are just a few of the things found in the new 7-Series as either standard equipment or options.

Storage is also well done in the BMW 750i. There is over 18 cubic feet of space in the trunk with a small pass-through hole at the center for skis and other long items. Small cubbies and storage spaces in the cabin also allow space for cell phones, gadgets, and the like.

The interior of the BMW 7-Series has to be seen to be really understood. The list of standard features and options is long and impressive. 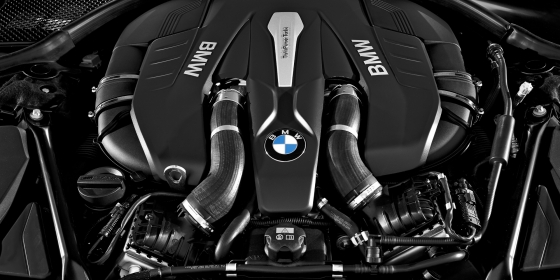 There are several engine options for the BMW 7-Series, starting with a 3.0-liter turbocharged six-cylinder engine, a plug-in hybrid option, and the big, throaty 4.4-liter V8 found in our 750i. An eight-speed automatic transmission attaches to that 8 and provides all-wheel drive as standard. This marvelous eight-cylinder powerplant churns out 445 horsepower and 480 pound-feet of torque. This big sedan is propelled to sixty miles per hour in under five seconds with that wonderful growler under the hood.

Performance is a top priority with any BMW and the 2016 7-Series definitely brings it in both muscle and handling. The big executive sedan handles like a much smaller machine, cornering beautifully and absorbing the road very well. This despite the car’s quiet and sedate highway feel under normal conditions and the chauffeured softness it has around town when being quietly handled. 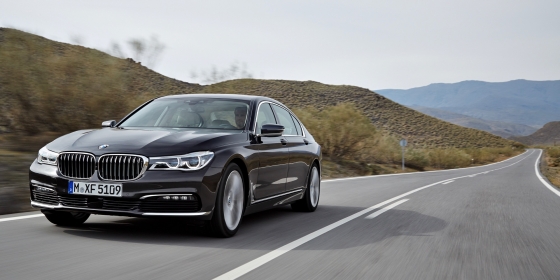 Much of this is thanks to the 2016 BMW 750i’s active dampers and the predictive suspension settings found in the Autobahn package. Well worth the upgrade. No matter how you equip it, though, the 750i is one of the best drives you’ll ever pilot and is definitely a winner when the driving is left to someone else and you lounge in the back seat with all of its entertainment options. 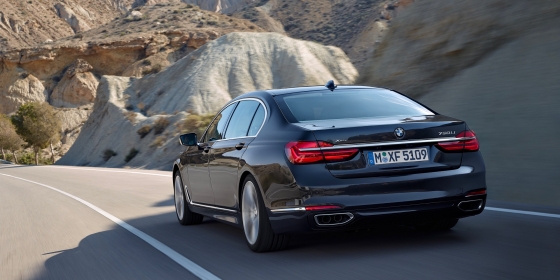 It’s not difficult to see why the 2016 BMW 7-Series remains the benchmark for the executive sedan class. It is limo-ready off the shelf and then offers packages and upgrades that just keep enhancing that. Yet Jeeves up front doesn’t have to be bored thanks to the powerful drive dynamic, extremely confident feel of the car, and its very well-laid out instrument and dash clusters. Although much has been said in the press about the gesture control system for the infotainment, we found it to be far less useful than expected once the initial wow-factor wore off.

The engine and transmission in the BMW 750i are smooth and powerful, but noise is kept at a minimum except when the throttle is pressed. Then a satisfying low growl comes from the engine compartment and fills the cabin. Like most BMW vehicles, this one is all about the road.