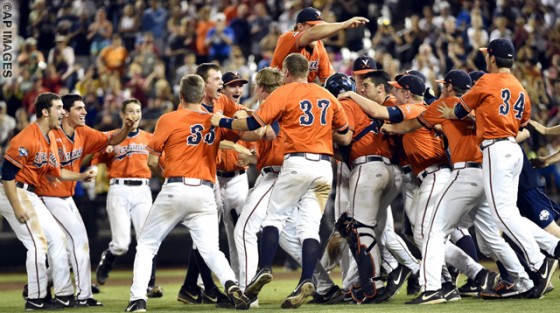 Of the three major sports in the NCAA, baseball suffers on many fronts including lack of support, funding, and overall quality. In recent years, those problems have been compounded by a rule change. Since the 2011 season, collegiate baseball switched to the current BBCOR bats which are nothing more than aluminum bats that work the same way as wooden bats. The NCAA decided to change the bats because the sport was becoming a joke with some teams averaging nearly 2 home runs a game. (LSU, 1998)

The drastic change in the bats turned a game that was high-scoring and fun to watch into a boring drag that lost a lot of viewers. The old-school baseball fans loved it but what the NCAA did not realize is that those people were a much smaller of a group than the rest of the fans. So while we admit that College Baseball isn’t as popular as other collegiate sports, that doesn’t stop us from putting a quality effort towards covering it. As the 2016 season approaches (games begin on Friday), we wanted to give you a quick sneak peek at the top 20 teams heading into the season. Enjoy, as much as you can with some crappy bats. 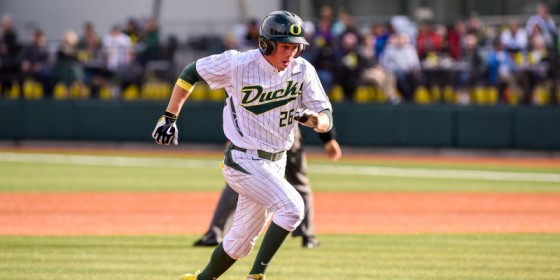 2016 Outlook: The toughest pitch to hit is a breaking ball from a left-handed hurler. The second toughest pitch to hit is a fastball from a lefty. Needless to say, hitting off left-handed pitchers is tough since most college players just aren’t used to it yet and have very little practice against it. Oregon is going to beat a lot of teams they probably shouldn’t this season simply because they have 3 LHP in their starting rotation including Matt Krook who is going to be a first round draft pick next summer in the MLB draft. The Pac-12 just isn’t going to be able to stop these guys in 2016 and they will move into the top ten or higher before May. 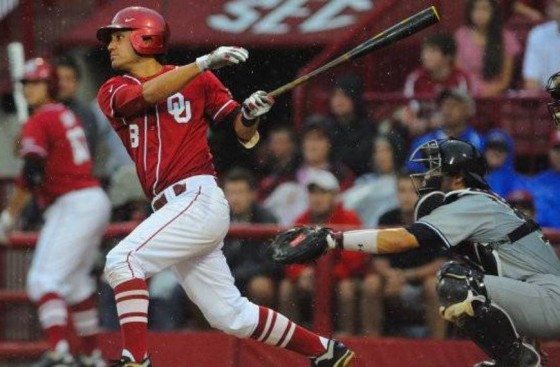 2016 Outlook: Alec Hansen is the best pitching prospect eligible for the 2016 MLB draft, and it isn’t even close. He is a right-handed version of Randy Johnson. His 100 mph fastball is tough to hit but his slider keeps getting better and he added a curveball into the mix a few years ago making him a potential future Cy Young award winner in the pros. When you have a pitcher that will dominate like Hansen, all you need is players around him that are good enough, and Oklahoma has a few of those in 2016.

2B: Kyle Mendenhall, So. 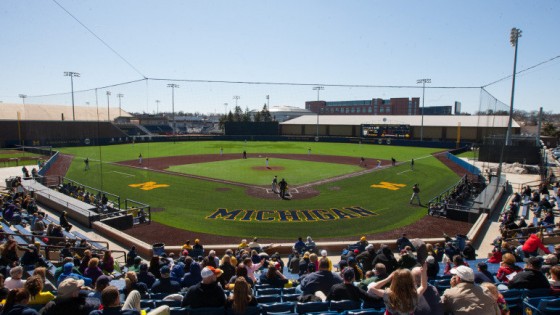 2016 Outlook: The Wolverines somehow got into the NCAA Tournament last season after a slow start. It took them most of the season but they finally started to click when it counted the most, in the postseason. The pitching is there, their defense is tough, and Carmen Benedetti is one of the nation’s best two-way stars. If the Big Ten is going to Omaha this year, it will be behind the Wolverines. 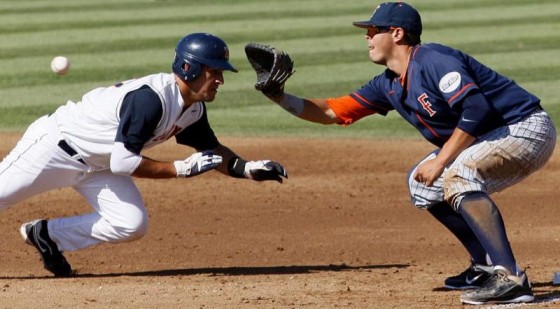 2016 Outlook: Cal St. Fullerton is the biggest surprise from 2015 as all that talent came together at the right time, helping them build into one cohesive unit, something every coach dreams of. The entire infield and outfield returns for 2016 and the pitching remains nearly as strong as the last few years. Colton Eastman is going to be a big name in a few years so it should not surprise anyone if he has a terrific Freshman campaign. The Titans should easily be in the top five very quickly as there is very little chance they lose a game in the first few weeks.

2B: Tristan Hildebrandt, So. 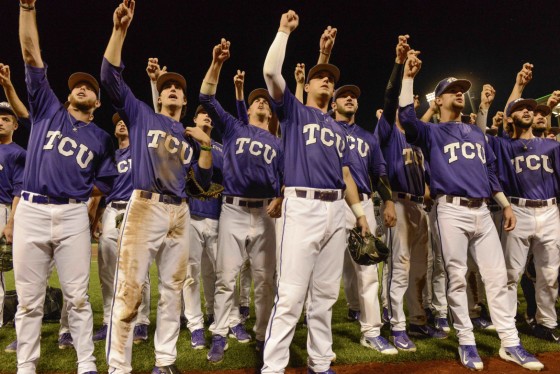 2016 Outlook: When you look at the lineup and you see the Senior title next to the name, any TCU fan should feel a bit of excitement. You cannot teach experience, it is part of growing up in baseball and the TCU Horned Frogs have plenty of it. The only part that scares the TCU faithful should be that many of the holes that need to be filled are going to be filled with Freshman. 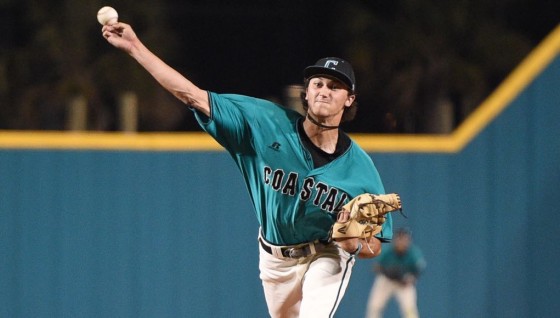 2016 Outlook: Coastal Carolina? Who? That is the reputation they have had since they hit the big time in 2010. Now they are simply riding out the wave they made and with a veteran lineup like this, they could be battling for Omaha and a Top 8 seeding. 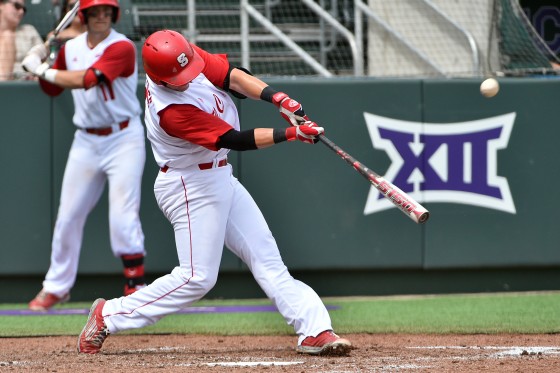 2016 Outlook: All it takes to win is one great pitcher. The rest of the team will rally around Andrew Knizner and Cory Wilder this season causing trouble for almost every team they face. If not for such a young inexperienced hitting group, they would be much higher on the list. 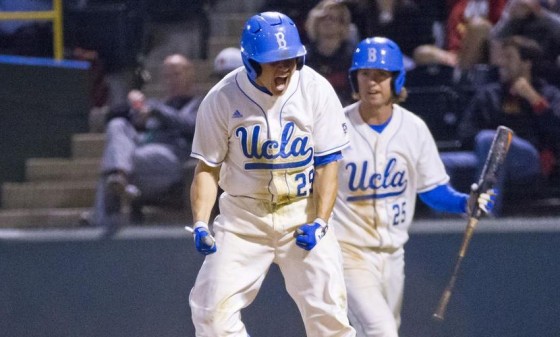 2016 Outlook: UCLA has one solid prospect heading into the 2016 MLB Draft but it is only because they are so young. This ranking might be a year too soon but just you watch the Bruins in 2016. They not only have a chance at moving into the top ten, they are building the foundation for 2017 and 2018. 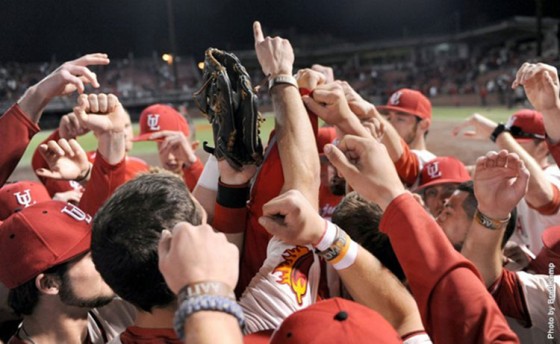 2016 Outlook: When ULL is ranked this high, everyone else begins to worry. Their schedule, once again, isn’t going to hurt them as they only face a few teams considered to be contenders in 2016. (LSU in March, TCU, Rice and Texas in late February) So when the home runs start rolling, so will the wins. That ballpark they call home is made for hitting and this team has a handful. 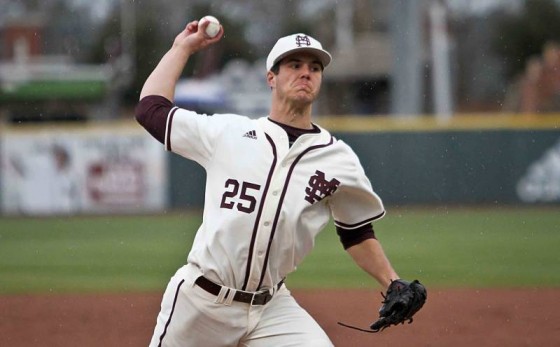 2016 Outlook: 2015 was about as bad as it can get for the Bulldogs but they don’t seem too worried as they have fielded a team that could potentially put them in the top of the SEC West standings. Their pitching is going to carry them as their hitting gets settled in which makes them a big time underdog looking for revenge. 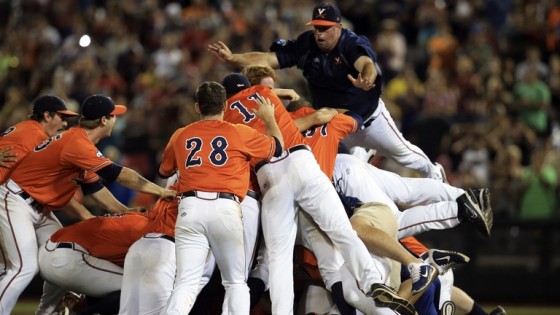 2016 Outlook: How do you recover from an unexpected National Championship in 2015? Well, for Brian O’Connor, it was not that difficult as he has a ton of returning starters from last season and a pitching staff ranked as one of the best in the ACC. It is not that difficult to imagine a repeat this season for the defending champs. 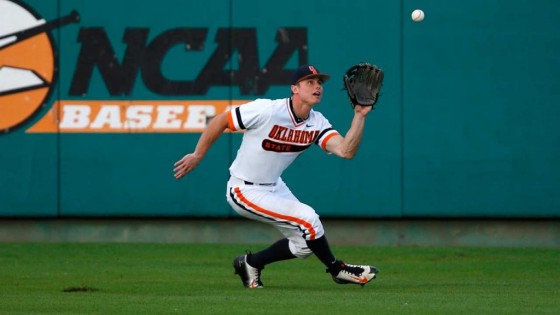 2016 Outlook: The Cowboys just might have the best team they have had in a very long time this year. It will take time for them to mesh into the unit they should become and once they do, they will be hard to stop. 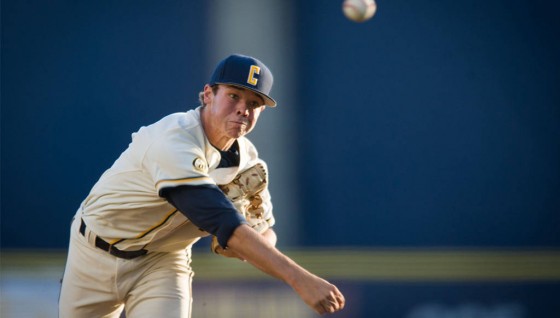 2016 Outlook: After finishing in 3rd place in the Pac-12 last season, Cal is looking for something better in 2016. They have one of the best pitchers in the country, Daulton Jeffries, and he should help them reach 50 wins and a trip to Omaha. 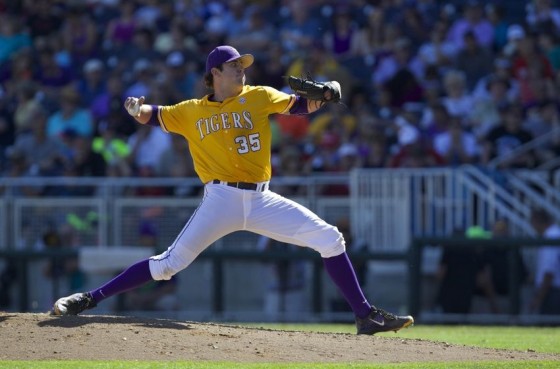 2016 Outlook: The LSU baseball program has won 204 games in the previous 4 seasons including 57 wins in 2013 and 54 wins in 2015. They have sent a ton of players to the MLB in that time and have recruited some of the best pitching prospects in the country. So where is the CWS trophy? That is what every single LSU fan is asking right now. Good news for them is that the LSU pitching staff has Alex Lange and Jared Poche while their hitting is full of JUCO transfers and young freshman that have nothing but upside. 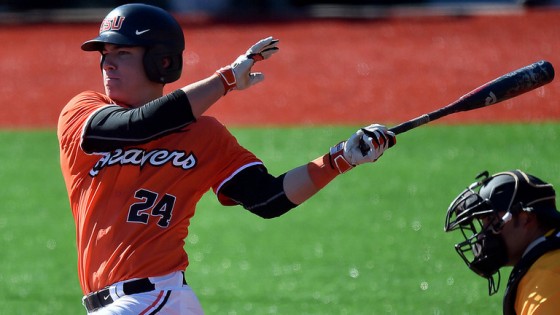 2016 Outlook: Drew Rasmussen is going to be a first round draft pick in 2017 which is going to make 2016 his coming out party. We should see a kid turn into a man this year as he will transform into the pitcher MLB scouts have been drooling over for a few years. He will help a solid Beaver pitching rotation get even better. 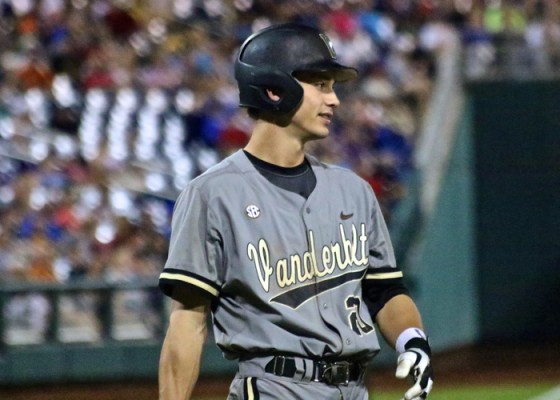 2016 Outlook: Vanderbilt is one of the most consistent baseball programs in the past ten years thanks to Tim Corbin. We were reluctant to rank them so high but how can anyone deny such a loaded pitching staff? 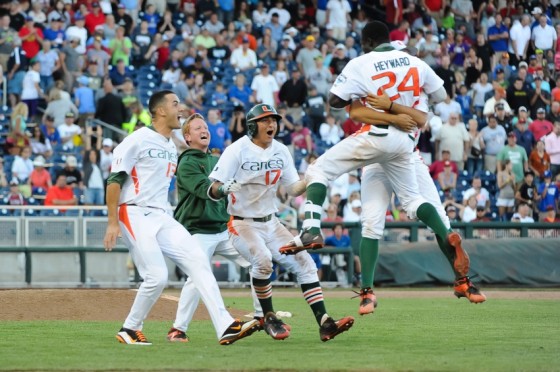 2016 Outlook: It has taken a few seasons but Jim Morris has finally built the Miami baseball program back to the top of the nation. They should be heading to Omaha as one of the nation’s top seeds as they are going to be exciting to watch this season. 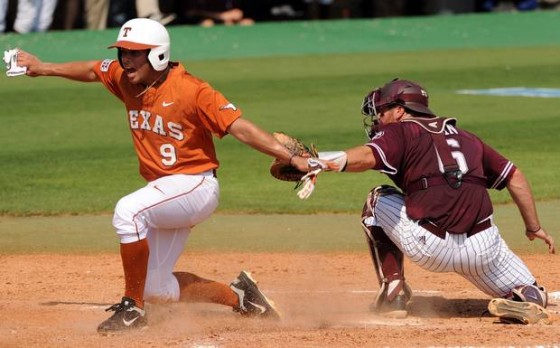 2016 Outlook: Texas A&M is going to discover real quick if they belong this high in the rankings as they open up SEC play against Auburn but then have to host LSU and travel to Gainesville for a series against Florida in consecutive weeks. If they want to win the SEC, those two series this early in the season is going to give them an idea of whether or not they can do it. It would have been much easier if projected starting LHP Tyler Stubblefield had not been dismissed from the team not but a few days ago. 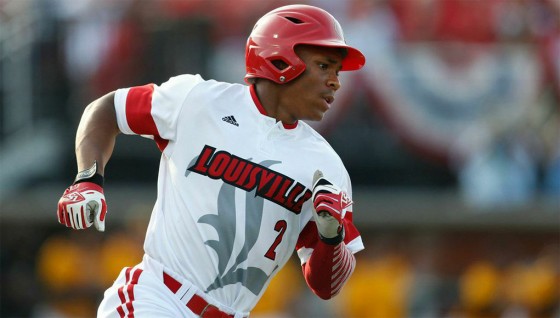 2016 Outlook: If not for the Florida Gators, Louisville would be the top choice for the best team in the country. They have one of the best lineups coming into 2016 and should easily win 60 games as losses are going to be far and few between. 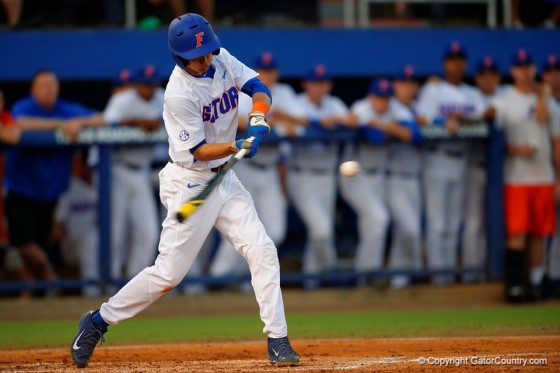 2016 Outlook: The SEC and the NCAA hasn’t had a team this talented since South Carolina in 2010 or LSU in 2009. The 2016 Florida Gators are built for one thing, winning a College World Series Championship. They have one of the best pitching staffs in the country with a few MLB prospects projecting to go as high as number one overall. (Puk) Anything less than a CWS Title game will be a disappointment for Coach O’Sullivan.