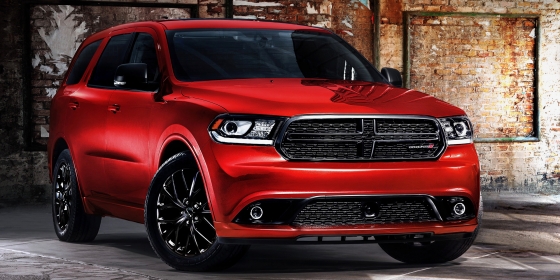 The 2016 Dodge Durango has a lot going for it, not the least of which is its very eye-grabbing look when compared to other family movers on the market. We were also surprised at how muscular the V6 powerplant feels in the real world, despite what some automotive journalists have said to the contrary. In many ways, the Dodge Durango stands alone in the large family crossover arena. It retains its SUV heritage in its stance and appearance, but takes on the now-expected unibody crossover underpinnings to improve ride and handling as well as economy.

For the 2016 model year, we especially like the spacious third row, the excellent infotainment system, and the actual off-road capabilities the Durango has thanks to it being one of the few crossovers in the segment with true four-wheel drive. We drove the range-topping Citadel model with all the bells and whistles you can name included as a package deal.

The 2016 Dodge Durango is updated slightly with a few extras, such as a driver-selectable Sport mode to give tighter steering and faster throttle response. That is now standard in all Durango models, while those equipped with the V6 option now get automatic engine stop-start to improve around-town fuel economy. Two new appearance packages are added for this year as well, including the ultra-lux Platinum edition and the fun Brass Monkey package. 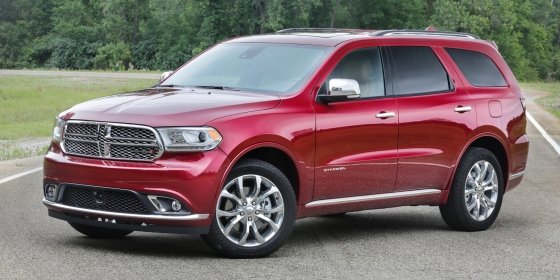 Among crossovers in the large-sized segment, the 2016 Durango stands out for its combination of a more muscular-appearing grille, refined bodywork, and generally beefy presence when compared to others. The various appearance packages, for which Dodge has become well-known throughout its lineup of vehicles, offer a more unique look to go with the Durango’s already stand-out appearance. Most focus on the cross-bar Dodge grille and powerful front fascia to create a more sinister look while some aim for a more powerful, street-rod appeal. 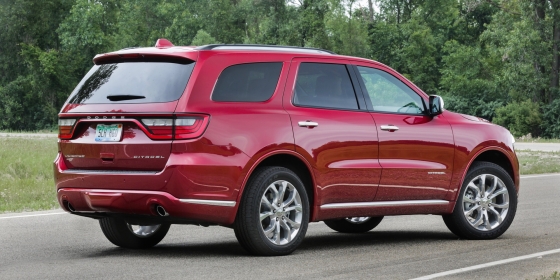 For us, the 2016 Dodge Durango Citadel was the press loan of choice, featuring a more refined, uptown feel thanks to the judicious use of chrome and thin-edged alloy wheels. The limousine glass for the rear seating and the addition of a host of gadgetry and goodies for the interior experience make this the most upper-class of the Durango options. In comfort and accoutrements, the Durango Citadel rivals many entry-level luxury options.

No matter the packaging, though, the 2016 Durango is solidly built with a solid front fascia dominated by a grille and intake split by a robust bumper. The hood is flat and simply adorned, leading to a raked windscreen. Strong but not overbearing fenders flow back into simply-designed but flowing bodywork. A thin line from the top of the front fender disappears into a faint bone line before reappearing halfway across the rear door to begin defining the rear haunches. This disappearing beltline is rather unique when combined with the leaf-like rear glass. A bit of forward motion is hinted towards with this effect, but it somehow also evokes a note of power.

We very much like the look of the 2016 Dodge Durango and the impression it gives of being much more than just a family hauler with 4WD. 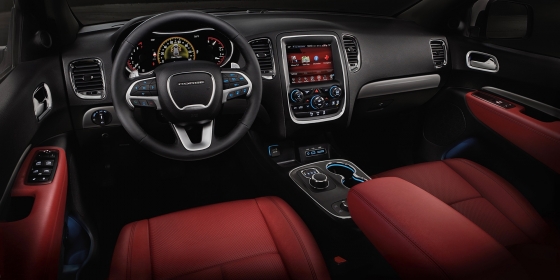 The 2016 Durango offers more usable passenger space than most any other large crossover we can name. It is perhaps rivaled only by the Toyota Highlander for its interior comfort level and smart use of spaciousness and storage capability. The wide-opening front doors and the huge rear doors with their fully-perpendicular (90-degree) opening allow for easy entry and egress from the Durango. The flip-fold second row seats make access to the third row a breeze as well. The Durango very comfortably seats seven adults.

Materials quality is also very good in the Durango, being largely on par with the segment’s leaders. Soft-touch and well-designed flow create a quiet cabin and upscale appeal. Hard plastics are kept to a minimum and are nicely textured to remove any feeling of cheapness.

Where the 2016 Dodge Durango really takes home the gold, though, is in its infotainment. Like all in the Fiat Chrysler Automotive family of brands, the Durango uses the UConnect system. This is most definitely the best infotainment system on the market, bar none. It’s simple to use, has a fast learning curve, and does more than many luxury brands can do in terms of options. With not only text-to-voice, but also voice-to-text capability, a simple and effective navigation setup, and plenty of app integration options for the techies out there, there is something for everyone with Dodge’s upper-choice UConnect systems. All on a clear 8.4-inch touchscreen, given with the upgrade option or as standard on some trim levels. 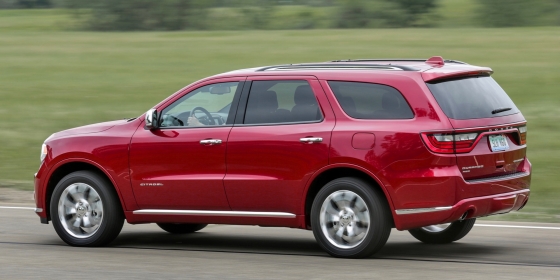 There are two engine options for the 2016 Dodge Durango. Standard on all but the R/T model is a 3.6-liter V6 that’s found a home in a host of Chrysler-Dodge vehicles. It outputs 290 horsepower and 260 pound-feet of torque through an eight-speed automatic transmission. Rear-wheel drive is standard and all-wheel drive is optional. Exceptions to this are with the Citadel and Rallye models and the Blacktop appearance package, which have the V6 up-tuned to produce 295 horsepower. Towing is rated at 6,200 pounds with the V6. Fuel economy is rated at 19 mpg in the city and 27 mpg on the highway with RWD and slightly lower than that with AWD. 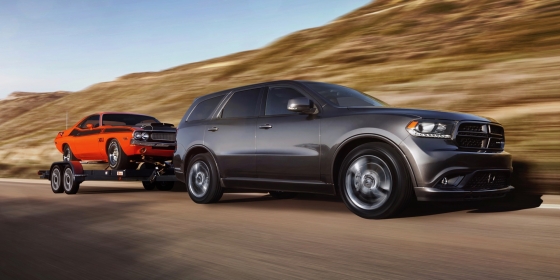 The beefy V8 found as an option in the Citadel or as standard in the R/T model has an output rating of 360 horses and 390 lb-ft of torque. It’s rear-wheel drive as standard, again with the eight-speed automatic, but the “AWD” option has a low-range transfer case that makes it a true four-wheel drive machine. Towing improves to 7,400 pounds with this engine and EPA estimates are at 17 mpg combined. 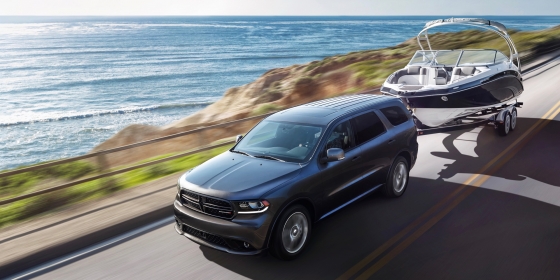 The V8 is, of course, the performance monster for the Durango, but we had the V6 option with the Citadel package and were very impressed with its feel on the road. It’s peppier than its size might suggest, given the bulk of the Durango, and has a very nice sound coming from its pipes when pressed. The Durango with this V6 won’t take any checkered flags, but it won’t come in last either. And it does well on fuel economy, hitting EPA estimates without much fuss. 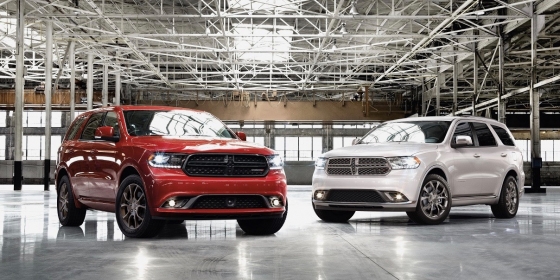 The base model 2016 Dodge Durango comes pretty well equipped for about $31,000 delivered. Keyless ignition and entry, tri-zone climate control, and heated mirrors are standard equipment. So is an auto-dimming rearview mirror and a six-speaker audio system with USB and audio jack inputs. The base model SXT can be built upon with package upgrades or any of a number of trim and appearance packages are available.

The Limited is the volume seller in the Durango lineup, adding a lot of good bang for the buck and the Rallye and SXT packages added more sporty appeal and power. Real gearheads who love muscle will want the R/T package, of course, with its souped up V8 and chrome deletion appearance for a more hot rod look. The top-most Citadel option we drove is so well outfitted that many luxury rivals would be hard-pressed to improve upon it.

All told, we really like the 2016 Dodge Durango and mark it as the manliest of the family utilities now on the road.