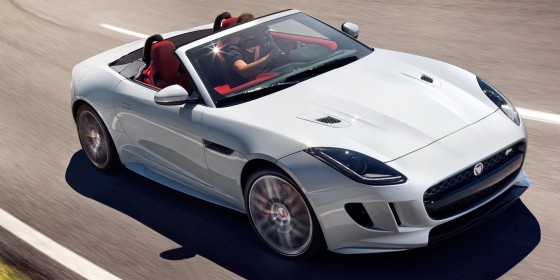 This is a beautiful luxury machine from Britain that defines what luxury sports motoring should be all about. The 2016 Jaguar F-TYPE R Convertible takes its inspiration directly from the legendary E-Type, continuing with the two-seat excellence that car perfected.

There are really no comparables to the Jaguar F-Type, especially in its convertible format. Other luxury auto makers offer two-seat coupes and convertibles that can be compared on paper, but none have the signature British appeal and combination of strong driving dynamics and interior luxury that the F-TYPE offers.

Everything about the new F-TYPE, from its gorgeous exterior to its high-rolling interior and its powerful engines comes from the best that British motoring can offer. This is a beautiful car at all levels. 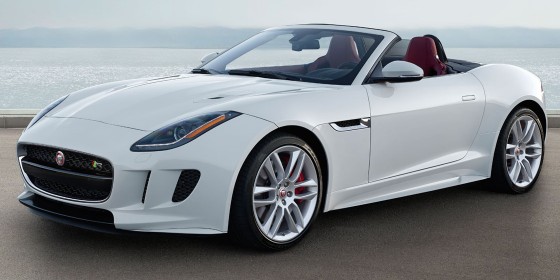 The immediate impression upon looking at the F-TYPE is simplicity, but a longer gaze proves that it’s detailing that makes the exterior of the 2016 Jaguar F-TYPE look so good. The overall build is wide and low, with the rear tires pushed towards the edge of the car and the nose up front giving a long, saloon-like impression.

The front of the Jaguar F-TYPE features a smaller grille than might be expected, with a wide, but de-accentuated scoop underneath, allowing emphasis to be on the deep slope of the hood and the peering edges of the headlamps as small scoops in the fascia allow air to flow to the front wheels. Two small openings in the hood, just shy of the fenders, give an exit to reduce up-force as air moves over the big engine underneath that aluminum bonnet.

The windshield is fast and narrow, ending abruptly at the roofline. With the coupé model, the roof curves quickly to return down to the rear of the car. In the convertible, the roof has the same lines, but lowers to reveal a very open roadster-like cabin.

At the rear, a long, sloped deck finishes in a slightly rounded quarter that is dominated by long, thin tail-lamps. The R package adds four exhaust pipes, two at each corner. The body of the F-TYPE is simple complexity with many small elements coming together to form a whole that looks seamless. The one-piece, forward-tilting hood, wide rear, and fast-paced top with relatively flat door panels all add up to a beautiful design that is unmatched. 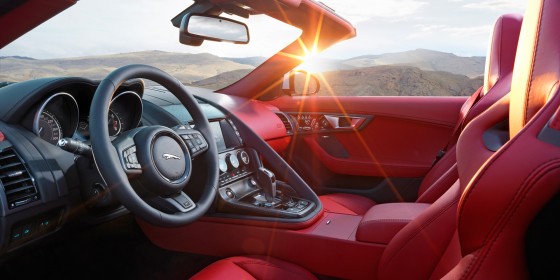 Inside the 2015 Jaguar F-TYPE, a clear lesson in form and function as chief design elements is given. The compact space is beautifully laid out with controls falling to intuitive locations. The instrument cluster is deep-set and heavily bezeled, making it clearly visible no matter the lighting and whether the top is up or down. The sport-designed steering wheel has control buttons at each thumb but is otherwise all about maintaining control and comfort. The bucket seats are heavily bolstered and very adjustable, especially for a two-seat coupé. Side bolsters, the lumbar, sliding and reclining are all controlled with switches mounted to the door, ahead of the latch handle. These allow a full range of changes to be made. Tall or short, big or small, the Jaguar F-TYPE’s seats will conform to you.

The center stack is busy, but not cluttered. The upper vents rise up upon vehicle start and lowers to flush when the vehicle is off. This subtle reminder of Jaguar often being a leader in technology for British motoring holds a certain 007-ish appeal. 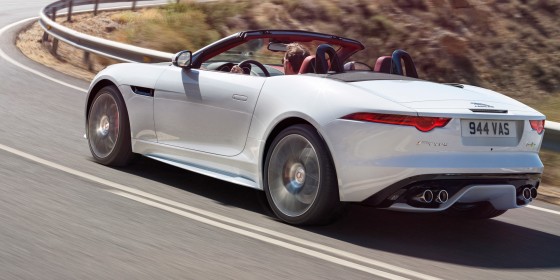 Three engine options are available in the 2016 Jaguar F-TYPE. The base model is powered by a 3.0-liter supercharged V6 that produces 340 horsepower and 332 pound-feet of torque. A six-speed manual or eight-speed automatic transmission is available for this rear-wheel driven car. The lightweight aluminum body of the F-TYPE means that this engine is capable of pushing the car from zero to sixty miles per hour in about 5.5 seconds.

The F-TYPE S uses the same 3.0L V6, but raises output to 380 horses and 339 lb-ft of torque with some tuning. The same transmission options are available, but all-wheel drive is also an option for the S (automatic only). 0-60 mph runs in about five seconds are possible in this version of the car.

Finally, our test model was the 2016 Jaguar F-TYPE R with its 5.0-liter supercharged V8 that motivates the car with 550 horsepower and 502 lb-ft of torque. The eight-speed automatic transmission and all-wheel drive are standard and 0-60 times of 3.9 seconds can be achieved with this model. Our average was 4.4-seconds in the slightly slower convertible, which weighs a few pounds more than the coupé. We did not use rolling starts. 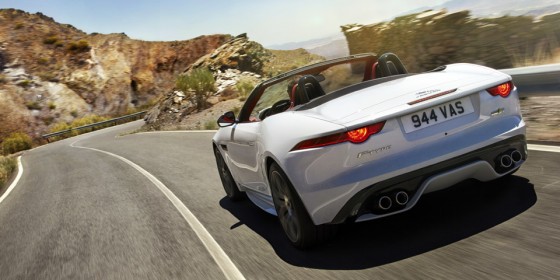 As with most performance cars, if you have to ask the fuel economy numbers, you probably aren’t aware of the gas guzzler tax either and therefore are not likely in the market for a car like this. If you must know, though, the F-TYPE’s fuel economy numbers range from 22 mpg combined down to 18 mpg combined, depending on drive-train choice.

Given all of these power-train performance numbers, the second half of the Jaguar F-TYPE’s excellence comes into play: handling. In performance driving, the 2016 Jaguar F-TYPE R Convertible we drove was superb. Hard corners hardly phase this car and acceleration is always strong and meaningful, even from speed. Single-lane, 90-degree corners at 60 miles per hour will bring hardly a chirp of protest from the tires.

Shifting, even with the automatic, is phenomenally well-engineered. The transmission’s electronics are far faster than any human could be and response is fast enough that you’ll believe it’s a dual-clutch under the tunnel. Under most circumstances, the F-TYPE R is rear-wheel driven with the differential cutting in almost instantaneously to offer performance vectoring and control when pressed or at launch from a standstill. A driver’s selection switch gives control over some of this by forcing AWD in inclement weather or performance driving.

Finally is what may be the best part of the Jaguar F-TYPE with the R package: engine notes. The 550 hp V8 emits beautiful exhaust notes from its quad-exhaust system. These range in tone from a low rumbling growl at higher speeds to a throaty but chirping scream at lower speeds and on launch. In our experience, few can match this lovely range of sound from a V8. 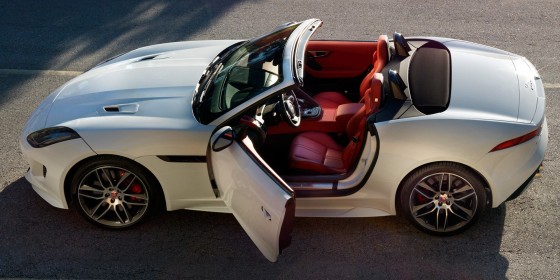 The 2016 Jaguar F-TYPE has everything to love. All three models are noted for their high performance capability and superb handling, though the pinnacle R series easily tops the chart. Despite being a convertible and having a sport-tuned suspension and chassis, the F-TYPE is decidedly quiet and comfortable on the highway. Even with the huge 20-inch wheels, the car remains classy to drive around town, absorbing bumps and road imperfections relatively well. In all ways, the 2016 Jaguar F-TYPE R Convertible is the pinnacle of motoring.