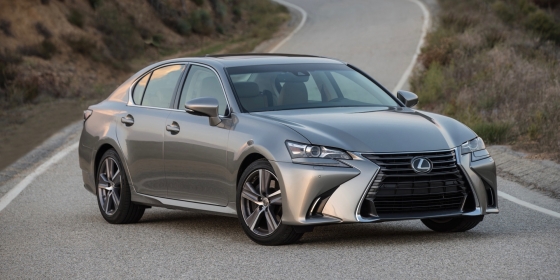 This year, Lexus has introduced a new 200t model to the GS lineup of sedans. This model features the new 2.0-liter turbocharged engine that was also debuted in other Lexus models this year. In the NX and IS 200t models, we noted some issues with this engine’s output – specifically turbo lag – and also find that here, though less pronounced. We are impressed with the interior quality and drive dynamics of the GS 200t, though; the latter being an unusual trait for a Lexus sedan.

Other additions to the GS lineup as a whole this year include standard navigation, a revised front grille with a lot less “in your face” about it, and a new advanced safety system called Lexus Safety System + as an optional upgrade.

The midsize Lexus GS 200t is competing against noted sedans from Audi, BMW, Cadillac, Jaguar, and Mercedes-Benz – all of which are more road hugging and powerful. Of these, however, only perhaps the Caddy can really rival the GS for its interior experience; and price wise, the Lexus is a better value overall than any of the above. The MSRP for the Lexus GS 200t sits around $47,000 delivered. 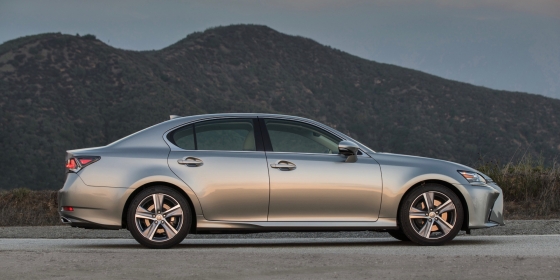 The Lexus GS series is a good-looking sedan with flowing lines and a decidedly upscale look. The front fascia is dominated by a large grille, peering headlamps, and a multifaceted grille-bumper-intake-foglamp set. The swooping daytime running lights, horizontal grille lines (replacing the in-your-face latticework of last year) and the well-pronounced fenders are all high points at the front.

Bodywork on the Lexus GS is simple and elegant, with a well-defined beltline below the greenhouse, lightly rounded door panels,and a sporty running board line and protrusion at bottom. These flow in and out of the fender wells and off the front and rear lighting to tie the fore and aft of the car together nicely. Light Euro-swooshes at the rear pillars accent the coupe-like roofline.

At the rear, the GS sedan has integrated dual exhaust ports below the bumper, angular lighting to either side and as part of the deck lid, and simple flourishes to create a small integral spoiler on the deck. The overall elegance and refinement shown on the exterior of the Lexus GS is a hint at the excellent interior quality of this luxury car. 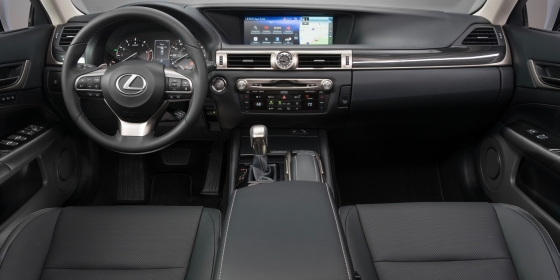 The hallmark of the Lexus brand is an excellent, comfortable interior. The 2016 Lexus GS 200t keeps that expectation with supple leather and beautiful wood and aluminum trim. Materials quality is high and workmanship is very well done. Seating for five is found, with the front driver and passenger having ample legroom, headroom, and shoulder room. Even the big and tall will find plenty of accommodation in the front of the GS.

Rear seating is also good, with plenty of head and legroom. Taller folks might begin to feel cramped if those up front are also tall, but most people will find plenty to love about the Lexus GS’ interior experience. Trunk space is also good at 14.1 cubic feet, though the fact that the rear seats do not fold down to expand that may be a puzzle for some.

The greatest knock against the 2016 GS 200t’s interior is the infotainment, which is true of all Lexus models. The larger screen found in the GS is nice, but the standard system’s interface is clunky and the upgrade to Remote Touch only makes that worse. Controlling the infotainment is unintuitive and distracting, whether driving or parked. The new, larger screen is crisp and clear, though, making it easier to see and read when on the go. The standard screen is a small 8-inch that was the upgrade screen last year, the upgrade screen is now a wide-format 12.3-inch beauty that has navigation and smartphone app integration. Noticeably lacking in Lexus models is Android Auto and Apple CarPlay. Despite the clunky interface, we do like the optional Enform Remote setup that allows an app on your smartphone to pre-set climate and set valet or teenager limits and so forth.

In all, the 2016 Lexus GS 200t has a beautiful interior with a lot of comfort and a quiet ride. Those not hung up on technology will enjoy it, but those demanding great infotainment and connectivity will be disappointed. 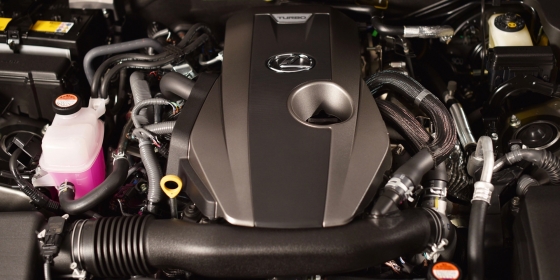 The 2016 Lexus GS 200t features the new 2.0-liter turbocharged four-cylinder engine that’s entered the Lexus lineup this year. It outputs 241 horsepower and 258 pound-feet of torque, which is plenty for a car this size. An eight-speed automatic transmission is standard equipment for this car and rear-wheel drive is the only drivetrain option.

We note that although the turbo lag is still very present in this GS 200t, it’s mitigated somewhat by the better tuning the transmission has received for this car. We were very disappointed in the amount of lag between pedal pressing and acceleration in other Lexus models fitted with the new 2.0-liter turbo, but were a bit more confident thanks to the more aggressive downshifting found in the GS model. We give Lexus some kudos for focusing on the sport expectation of the GS series there. This being Lexus’ first try with a turbo, we are willing to give them a little slack for performance lags. 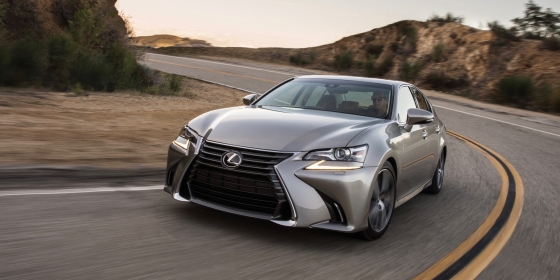 Otherwise, on the road, the GS 200t is a great car to drive. It handles well and feels confident in most situations. We like how far forward the front axle is placed, giving the car a better balance on the highway and in curves. We do note that the EPA rating of 26 mpg combined is realistic in the GS 200t, but the 22 mpg city and 33 mpg highway are likely to vary according to driving style and climate. The more aggressive F-Sport model sees a bit of a dip in those numbers, hitting 24 mpg combined in the 2016 GS 200t. 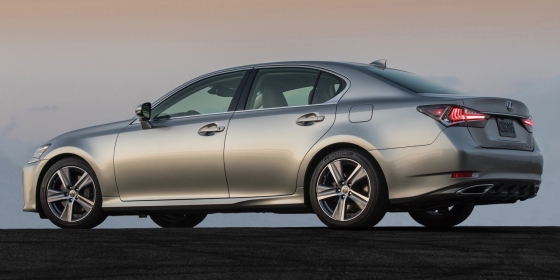 The 2016 Lexus GS 200t is much like other Lexus models. It hits a lot of points well and does most everything nicely, but isn’t really the best at any one thing. A superb interior experience and dynamic, if not sporty, drive appeal are its best features. Although the new turbocharged engine does take a few beats to really ramp up, the more aggressive transmission tuning the GS 200t helps make up for that. In all, this is a nice sports sedan with a lot of appeal, but we’d hesitate to call it a rival to European offerings in this segment.