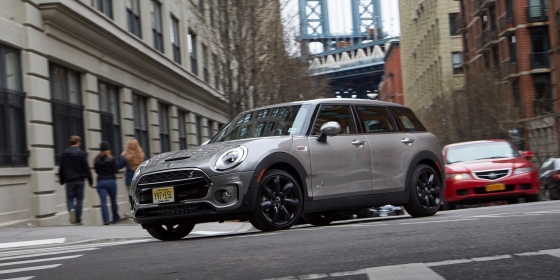 The 2016 Mini Cooper Clubman is a new version of this practical Mini. The new design steps away from the Cooper roots for the Clubman, becoming more than just a stretched out Mini. It’s now a much larger four-door, utilizing the underpinnings of the BMW X1 compact crossover. Everyone except the strictest of Mini purists will like what has been done to this new Clubman.

The 2016 Mini Clubman is now the largest of the Mini-branded vehicles and by far the most versatile. Signature Mini touches and character are still abundant in the Clubman, but families will appreciate the usable and nearly grownup-friendly back seat as well as the expanded width and less busy dashboard the Clubman now has.

We spent a week in the 2016 Clubman in both its standard 1.5-liter model and its charged-up new 2.0-liter Clubman S model. We found ups and downs in both variants, but believe that Mini enthusiasts who need a little more breathing room inside their car will love this new Clubman. It’s practical, more ergonomic as a daily driver, and has a more impressive interior to boot. The cargo area may not be as accessible as your typical compact hatchback and the new Clubman may be more expensive, but it’s still a great package with all the quirky Mini style that fans of the brand love. 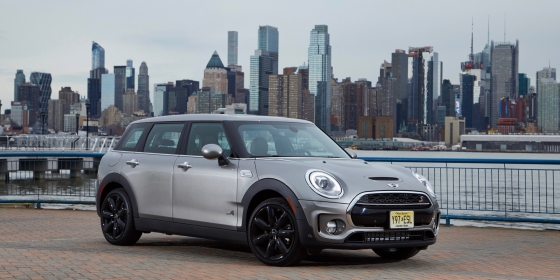 At first glance, the 2016 Mini Cooper Clubman looks like most other Mini Coopers in the line. Closer inspection, however, shows that the ground clearance is a little higher, the body is a bit wider, and the car is longer than it was before. The signature round headlamps, bumpy hood, and squared body shape are still there, of course. The rear hatchback of the Cooper coupé and four-door has been replaced with a unique, but not entirely useful double-door system that opens to the sides. This is a neat little throwback of a change to the norm, but makes loading from either side at the curb more of a challenge.

All in all, though, we really like the look of the new Clubman. The slightly higher clearance and the beefier size gives the 2016 Clubman a more aggressive appeal. The racing front end of the Mini brand is still there, along with the rounded and fast-paced body the little boxy car is known for. 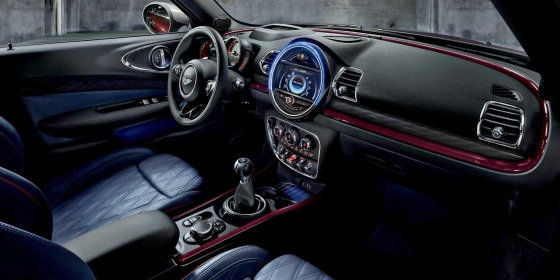 The interior of the 2016 Mini Clubman is a huge step up for the Cooper. In both the lower-end and the S models, the Clubman’s interior is much more upscale and comfortable. Luxury points from BMW can be noted in the small touches throughout, including seating, while the wider size of the Clubman allows for some stretching that isn’t possible on the other Cooper models.

The dashboard in particular is far less busy with buttons and switches thanks to the extra space added, making it a more contemporary affair. Some Mini touches are lost, though, such as the round vents and busy switchboard beneath the infotainment. The instruments and lower control switches are all Mini, though, with their aircraft toggle look.

In the back seats, things get much more spread out as well. Adults can now occupy the rear seating, provided they aren’t too tall. Most adults will be able to sit in the back without much problem as the restriction is not knee room but head room. At six feet three inches in height, I was brushing the roof with my head.

One thing to note is that the heftier price tag of the Clubman when compared to some other models (a loaded Clubman S like our test model runs over $40,000), is the much more luxury-minded interior quality versus other boilerplate brands. In terms of the Mini Clubman’s interior, it’s more comparable to entry-level luxury vehicles from Audi or Mercedes-Benz than it is to Volkswagen or Ford.

Finally, the cargo space in the Clubman is good, but not stellar. There is 17.5 cubic feet of space with the back seats up and 47.9 with them folded. That’s a lot more than will be found in other Mini models, but none of them are anywhere near best-in-class and neither is this one. For most needs, though, there is enough in the new Clubman to keep it in the “useful” category as a compact five-door. 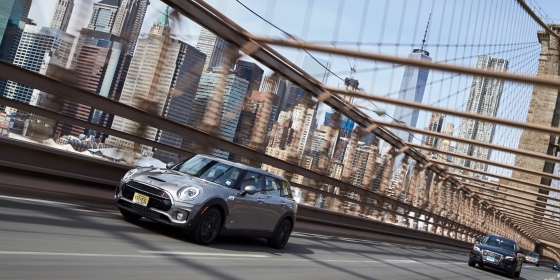 Performance in the 2016 Mini Clubman is a mixed bag. The 1.5-liter three-cylinder engine in most of the Clubman models is producing only 134 horsepower, but an impressive 162 pound-feet of torque. That torque delivers early thanks to the turbos and with the standard six-speed manual transmission, it’s fun to drive this version. If you’re looking to break records or get the same speedy feeling that the little Mini Cooper Coupe delivers, well.. you won’t. Doing 0-60 mph in under 10 seconds is not going to happen with this engine.

The other engine option is a 2.0-liter four-cylinder turbo that delivers 189 hp and 207 lb-ft. This engine is also found in the BMW X1 and we loved it in that crossover and found it to be equally as satisfying here. This engine comes with the Cooper S Clubman model and includes a six-speed manual transmission with the option to upgrade to an eight-speed automatic. With this combination, you’ll see 7-second 0-60 times without trouble. 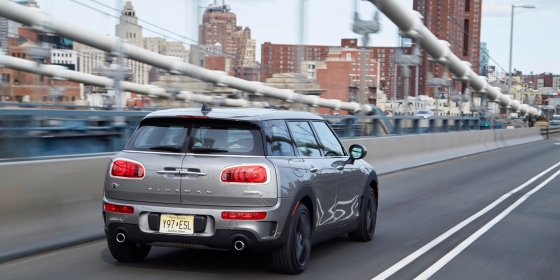 Of course, as Uncle Ben taught us, with great power comes great responsibility. In the Mini Clubman, that means the roughly average fuel economy of the standard Clubman (28 mpg combined) drops to 26 mpg combined in the S. So you’ll spend a bit more time at the pump with the better engine and our real-world numbers proved that out as the standard Clubman achieved better-than-expected fuel economy at about 28.5 mpg average while the S model saw lower than expected at 24.7 mpg.

Another performance note is cornering. With either Mini Cooper Clubman, the extra size of the car really shows in the turns. It’s nothing like the smaller Cooper models, but we give it props for staying very true to the Mini core by still managing to feel competent in the turns. Understeer is surprisingly low despite the Clubman’s length and front-wheel-drive powertrain. A tribute to BMW’s tuning. 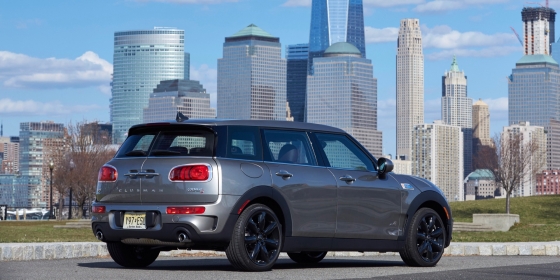 The 2016 Mini Cooper Clubman is a great compact five-door. It should be compared to more luxurious or premium models, but seems to be stuck getting put side-by-side with lower-end models instead. The Mini brand is not generally known for high-end vehicles, so this is understandable, but disappointing.

We really like the Clubman for what it is. Some non-Mini enthusiasts will still like this car enough to buy one, but for the most part, we see the Clubman as being primarily a fit for Mini fans who need a larger vehicle with more interior room and grownup comfort. The standard 1.5L models will get you there and back without a hitch, but for real fun, the upgrade to the S is well worth the price for the punch it adds.