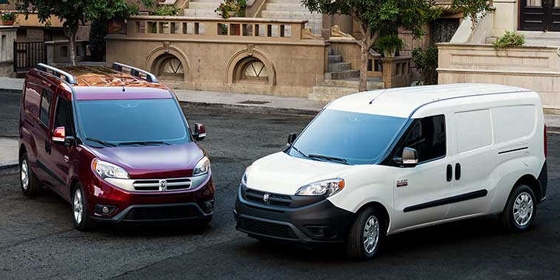 The new breed of compact cargo vans has found its share of fans in the workaday world of tradesmen. Plentiful are the examples of plumbers, locksmiths, and catering companies using the likes of the Ram ProMaster City and its competitors as capable cargo conveyances of commerce.

Less successful have these new compact vans been in becoming crossover successes by moving into the passenger-hauling world. They’re not quite big enough to serve as airport shuttles or church buses. The largest seating capacity award in the segment goes to the Ford Transit Connect — it holds up to seven passengers, while the Ram ProMaster City hauls just five and the Nissan NV200 is not officially available as a passenger van unless you own a taxi business. Even if you are a taxi driver, the NV200 only hauls five people.

Most traditional minivans are not so “mini” nowadays and easily schlep seven people around in relative comfort. So in short, the Ram ProMaster City and its cohorts have their work cut out for them. It has been said that women take the “leading role” in 85% of car-buying decisions, and faced with the choice of a commercial van with an extra row of passenger seats or, say, a Honda Odyssey, the traditional minivan is likely to win every time with moms. But we dads approach car-buying decisions differently. We like our vehicles a little more willing to get dirty. The Ram ProMaster City nails it. 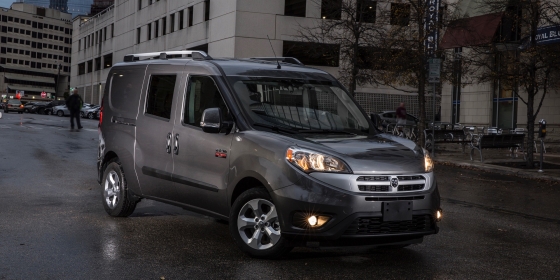 A few people remarked that the 2016 Ram ProMaster City was “ugly” during our week testing the model, provided to us by Ram. It’s got a little bit of a frumpy front-end and a very squared-off rear-end, with very little tumblehome in the side panels. But it grew on us. It’s not so much ugly as it is misunderstood.

That frumpy-looking front-end houses the engine and drivetrain, sparing the front-seat footwells from the intrusion that made work vans a pain to drive in the past. There are big door handles and windows up front, and dual sliding doors in the slab-sided middle. Each sliding door had a big, square glass panel, and there was an obvious scallop in the rear quarters where another piece of glass should have been placed. We think this would have helped change the perceptions many of the van’s critics had during our test week — not to mention it would have removed most of the blind spot over the driver’s right shoulder.

Out back, there’s a very upright 60-40 barn-door setup that works well for loading cargo. The rear bumper is low because the floor inside the van is low. There are vertical taillights and, again, a big, square glass panel. Some will complain that the 60-40 doors create a distracting pillar in the middle of the door when checking the rearview mirror — a valid concern, but Ram ProMaster City customers will have to deal with it. Thankfully for those who find this distracting, there was a good backing camera in our tester. 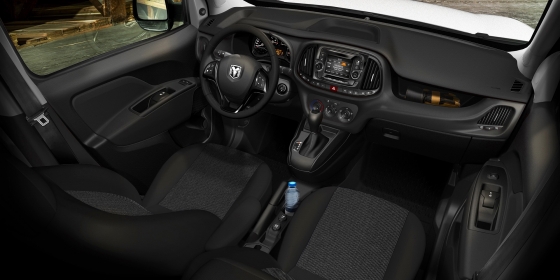 The Ram ProMaster City Wagon SLT has the nicest interior of all ProMaster City vans, but that’s not exactly setting a high bar. This is, after all, a cargo van tarted up to haul your kids and groceries. 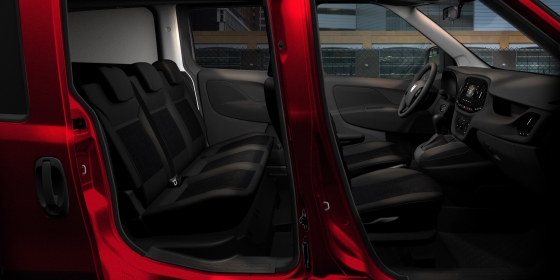 The seats are buckets up front and a three-wide bench in the rear, all covered in fabric that appeared to be able to survive anything our kids could throw at it. All seats were comfortable — befitting a van that in another form might be driven for long periods of time. The rear bench was split 60-40 and would both fold and tumble forward to maximize cargo space. 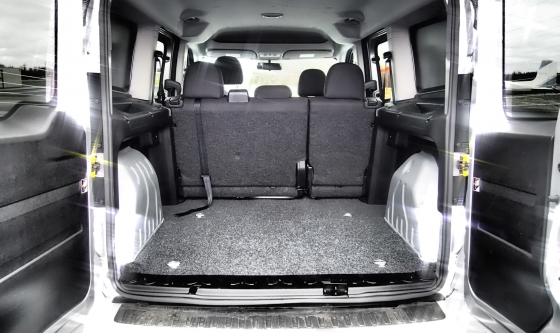 Speaking of which, there’s a lot of cargo space here, compared to the usual crossover SUV. The ProMaster City Wagon has enough room behind the second-row seats to haul a standard-sized pallet. 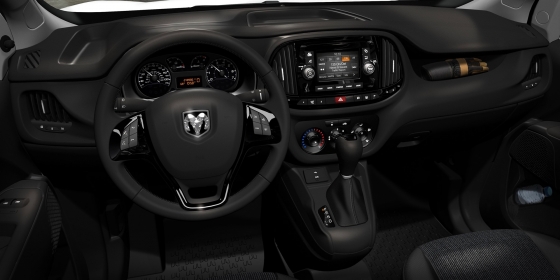 Infotainment duties fall to FCA’s Uconnect system, which in our ProMaster City Wagon SLT was five inches in diameter and featured physical buttons for core menu selections such as radio, navigation, and phone. The head unit featured the ability to synchronize with Bluetooth devices and handled both phone calls and music streaming without a hitch during our test. The Uconnect system throws sound of surprisingly decent quality out of four speakers. It ain’t no Beats Audio system, but it’ll still bump some tunes. 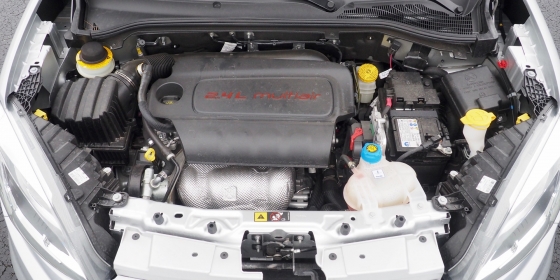 The 2016 Ram ProMaster City Wagon SLT gets the same 2.4-liter “TigerShark” four-cylinder gasoline engine as the commercial-duty Tradesman trim of the van. Ram says it makes 178 horsepower and 174 lb-ft of torque. It drives the front wheels via a nine-speed automatic transmission that helps the van make the most of those horses. 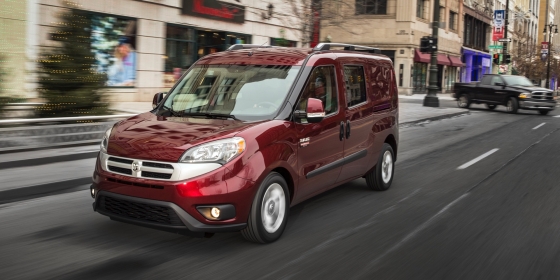 The primary objective of the ProMaster City Wagon SLT is to move people and cargo efficiently, not set speed records. That said, the van is no slouch when it comes to merging onto freeways or pulling onto busy streets. Contrary to some reviews of this transmission’s performance when mated to this engine in other FCA vehicles such as the Chrysler 200 or the Jeep Cherokee, we experienced no uncouth behavior from the nine-speed autobox. It was happy to drop into gear when the throttle was applied for passing maneuvers and was equally as happy to slip into high gears seamlessly when cruising down rural highways with light amounts of throttle. 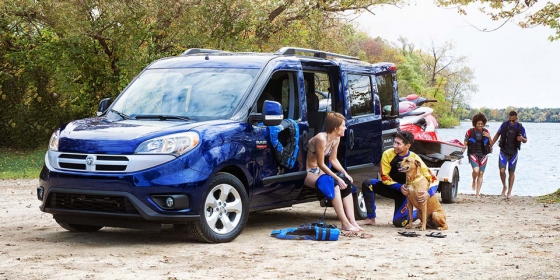 Ram says the ProMaster City Wagon SLT can tow up to 2,000 lbs and haul up to 1,883 lbs of payload. Remember how we said the cargo area would hold a standard-sized pallet with all passenger seats in place?  Take off a few hundred pounds for a driver, a couple friends, and some gas in the tank, and we’re still talking an honest half-a-ton of haulage.

Despite those impressive figures, the Ram ProMaster City Wagon SLT pulls down an impressive EPA score of 21 MPG city, 29 MPG highway. In our testing, consisting of mostly country two-lane roads, we managed just shy of 27 MPG.
On the road, the ProMaster City handles better than one might expect of a cargo van. Steering response is solid, and the suspension struck a European balance between bump absorption and taut handling. That’s fitting since the ProMaster City is basically a European-market Fiat Doblo with a Ram grille insert. Rear suspension is no mere twist-beam, but a bi-link coil suspension setup that provides this balanced handling attitude whether loaded or unloaded. 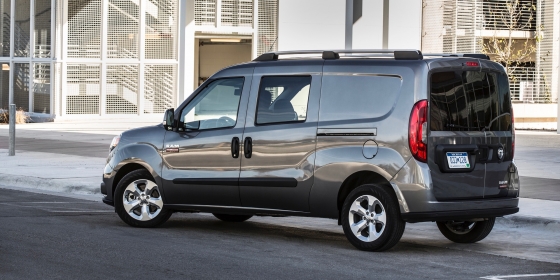 While not as smooth-riding or quiet as most minivans with non-commercial roots, the Ram ProMaster City Wagon SLT has just enough niceties to make it livable for the young family on-the-go. At an as-tested price of $29,255 fully loaded, it’s a damn sight cheaper than the leather-lined luxobarges at the top-end of the minivan segment. Given our preference for ruggedness above all-out refinement, the Ram ProMaster City Wagon SLT would make a fine family-hauling appliance that will be just as at-home hauling the kids to football practice as it is towing a couple of dirtbikes to flat track night at the county fair.