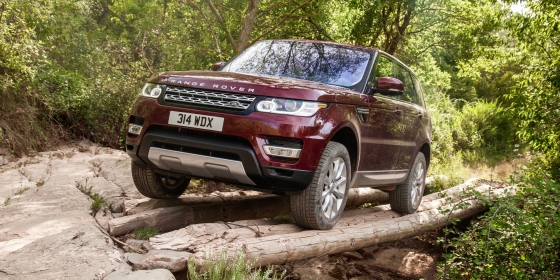 The Range Rover Sport is a big sport utility vehicle that has almost everything to offer, no matter the buyer’s taste. It’s a luxury SUV that competes at a level of elegance that fits in the upper echelon of the market. It’s also very capable as a daily driver with plenty of comfort, convenience, and ergonomics in both appointments and driver convenience options. Finally, it’s not only fun and maneuverable around town (whether in everyday or sport driving), but it’s also a powerful off-road machine whose chops in the dirt and mud are unassailable.

With all of that going for it, the 2016 Range Rover Sport sounds like a top-of-its-class SUV. Yet it’s also very heavy and not very fuel efficient, receiving the lowest fuel economy ratings in its segment. This year, Land Rover added a diesel option that takes care of that problem without compromising the Rover Sport’s other excellent qualities. We drove the 2016 Range Rover Sport in its HSE trim with the Td6 engine option. This turbodiesel achieves MPG ratings that are almost 10 points higher than the gasoline-powered V6 model.

In the end, the Range Rover Sport is a solid choice that is offered in six trim levels (SE, HSE, Supercharged, Supercharged Dynamic, Autobiography, and SVR) with two rows of seating and a third row option. Four powerplants are available, including our test model’s excellent diesel option. 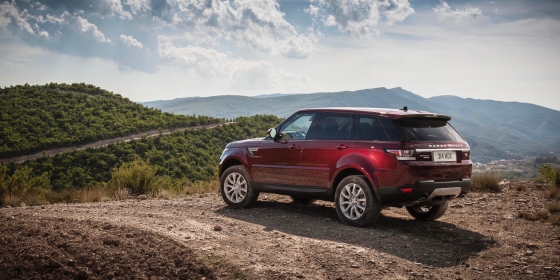 Land Rover Range Rover has a persona and that persona is effectively shown in the exterior looks of the Rover Sport. The boxy yet refined looks of the Rover series is seen here as a mixture of modern-era simplicity and nostalgic bulkiness. The front fascia of the Range Rover Sport is smooth and clear, with a small black grille, large bumper cover, and angled air scoop beneath. The grille is overlooked by the hood’s edge, which bends down in a lip over the fascia and fenders. The gap between the hood and fender begins the body line that runs from the top of the headlamps to the top of the taillamps, creating the Sport’s beltline. Simple creases and cutouts in the hood accent its sportiness without affecting the bulky power of the big SUV.

The fenders have simple, straight downward angles that are only interrupted by the slight flare of the wheel wells to accommodate the large wheels (19-inch alloys are standard, up to 22-inch are available) and fat tires beneath. To the rear of the fender are Rover cutouts to mimic engine airflow ports, further accenting the Sport’s forward motion potential. Under these cutouts begin the secondary accent line across the bodywork, which runs to the rear fenders. Under that is another straight notch cut that creates the running board lines below.

The roofline of the Range Rover Sport tapers slightly towards the rear in a straight, but lowered angle. This goes with the greenhouse’s straight line beneath to create a pinched effect that denotes speed and sportiness. That’s finished with a small spoiler at the top of the rear hatch.

This is a great look for the Range Rover Sport that combines classy European good looks with robust solidity and power in a way that blends the two opposing ideals together beautifully. 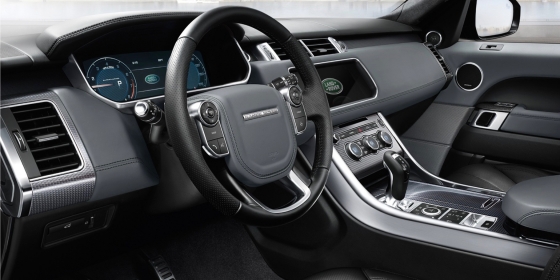 The interior of the 2016 Range Rover Sport is marked by its combination of elegance and quality. Sitting inside, the interior from the driver’s position feels less spacious than in other Rovers, but not claustrophobic. Seating is lower to the ground and bolstering is more robust, making for a sportier, fast-paced feel to the cockpit. This does not mean that there is a lack of space in the Rover Sport, which has plenty of room for four to six adults.

Seating is very comfortable and nicely done with plenty of adjustability. Driver controls are well-placed, though some Land Rover nuances are there, requiring some adjustment. Other things some might notice is the absence of the usual Rover rotary knob for gear selection and a change in the Terrain Response System’s placement and selection. The latter simplifies use, though.

Infotainment is based on a small-ish and rather low-end touchscreen at a standard 8 inches. Although relatively small, the system is very easy to use and now includes Land Rover’s InControl Apps system, which allows a smartphone to remote control some aspects of the Rover Sport as well as mimic controls from the app and the touchscreen to make operation seem seamless.

The rear seats are very good for the segment, with great accommodation for full-sized adults in both of the outboard positions. The center spot, of course, is mainly for kids and short distances with adults. The optional third row is definitely just for children with a simple power lift and fold control. Cargo space is also good, at 27.7 cubic feet with the second row up and 62.2 with it folded. 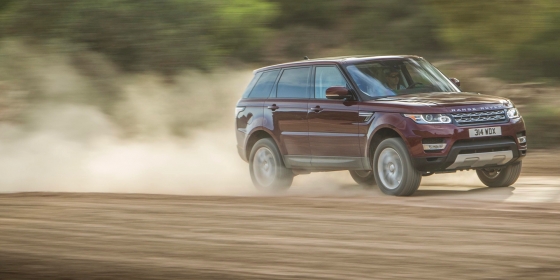 There are four engine options for the 2016 Range Rover Sport, with four-wheel drive as standard using Rover’s Terrain Response System and an eight-speed automatic transmission tuned to the powerplant in question.

The SE and HSE models begin with a 3.0-liter V6 that outputs 340 horsepower and 332 pound-feet of torque. The EPA fuel economy estimate for this powerplant choice is 19 mpg combined (17 in the city, 23 on the highway). Rover’s single-speed, light-duty four-wheel drive system is also standard, offering medium-duty off-road capability.

Going up to the diesel engine option (Td6) in either the SE or HSE trims means power output at 254 hp and 440 lb-ft. Fuel economy with this engine is 25 mpg combined (22/29 city/highway). In the real world, we were close to these numbers in our week of driving, which saw more than 500 miles put on the Range Rover Sport HSE. We saw about 23.5 mpg combined in all.

An optional 4WD upgrade is available for the SE and HSE models and is standard equipment on the other trims. This improved 4WD system has a two-speed transfer case with high and low-range gearing for better off-pavement control and capability. This also upgrades the Terrain Response System to become the Terrain Response 2 Auto, which adds an adaptive mode to optimize settings via the Rover’s sensors and computer. All-Terrain Progress Control (Rover’s name for crawl control) maintains a preset speed over difficult terrain to allow the driver to concentrate on maneuvering and steering. We used these systems with gusto and very much enjoyed the extreme capability this luxury SUV offers. 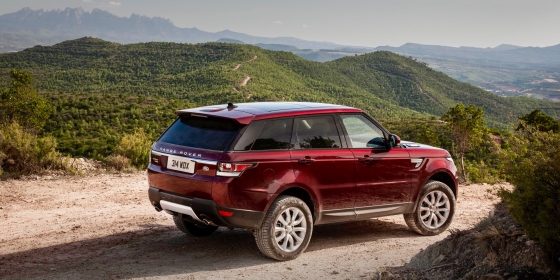 The 2016 Range Rover Sport is an excellent option, especially with the diesel powerplant. It’s far beyond what many luxury SUVs can offer at this price point. Close competitors worth considering are few, but the BMW X5 is definitely a strong contender in both capability and fuel economy. If athletics aren’t as important to you, the diesel option in the big Mercedes-Benz GLE-Class might also be considered. For the sportiest experience in this class, the Porsche Cayenne definitely rules the roost. Yet for all around goodness in an ultra-lux package with timeless good looks, it’s hard to get past the Range Rover Sport. This is an SUV that looks just as good jumping mud puddles in the wild as it does parked in front of the opera house at a black tie event.