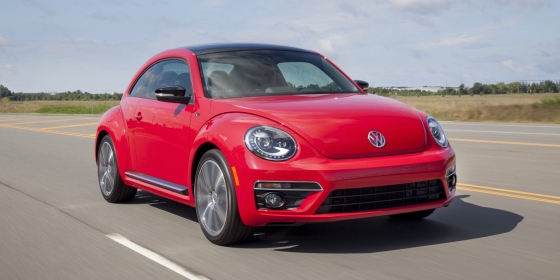 There are many things that can be said about the Volkswagen Beetle. Love it or hate it, it’s a car that isn’t leaving American roads anytime soon. What few understand, however, is that there is something lurking under the hood of the latest-generation Beetle in its R-Line packaging. A hint of what that insinuates can be found in Porsche’s ownership of Volkswagen through its majority share in the VW Group.

The hints of nostalgia are still there in the Beetle’s styling, but this latest generation is lower, wider, and a bit more robust in appearance than it was before. Seating four, assuming the two in the back seats are short-legged, the VW Beetle has a high beltline, wide wheel wells, and a simplistic, rounded nature that promises good handling.

The 2016 Volkswagen Beetle R-Line SEL (as driven) starts at around $32,000. Remember that number because a base model Porsche 911 starts at roughly triple that price. Have we given it away yet? That’s right. In many respects, the Beetle R-Line is the poor man’s Porsche. How dare we say this? Read on. 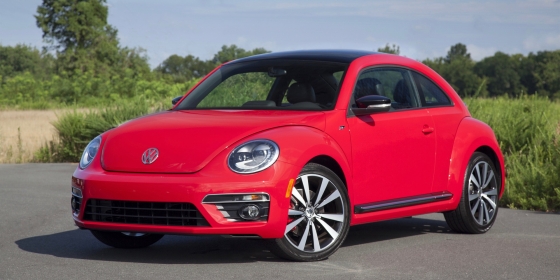 The exterior of the 2016 VW Beetle is marked by the aforementioned “manlier” appeal with a stronger appearance that sheds some of the flower-in-the-hair throwback nature of the previous-generation for the new Beetle.

Under the front fascia is a wide, thin air scoop atop which a fat bumper and rounded, quick-rising hood is placed. To either side are wide, thick fenders with big, round lights inside which two lamps peer out. A round, short windscreen and small side mirrors promise more speed and a slipper glide through the air as the tapering roofline rolls back to the signature Beetle rounded rear.

Everyone who looks at the 2016 Beetle knows what it is, but not everyone will immediately consider it feminine or “hippified.” It has become a much more muscular vehicle and with the R-Line package, that is backed up underneath that bodywork. 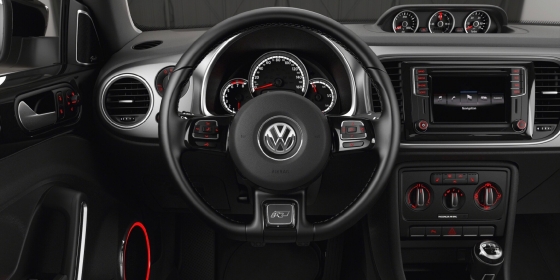 Big improvements came to the interior of the Beetle with the latest generational change for the car. Simplified and functional, the gauges and controls have been spread out a bit and given more thoughtful placement. The dashboard was redesigned to give more space for the knees while allowing a more flowing interior presence. Seating is likewise much improved.

The interior of the 2016 Beetle is even stylish, in a Teutonic way, with everything having an obvious purpose, but not being made ugly in its plain functionality. Added treatments to enhance the flow and look are nicely done as well. The striping and texture changes are well done and materials quality is very good.

Seating is comfortable in front, with plenty of adjustability and a lot more room than might be expected out of a small coupé like this. The back seats, though, are mainly for kids and small adults. Don’t expect to get the high school basketball team or even your girlfriend’s mom back there. Not without complaint. Further, the sloped nature of the Beetle’s roof design means that headroom is short and cargo space is even shorter. The folding seats and hatchback design (rather than a trunk) do add a lot to the Beetle’s versatility, though. 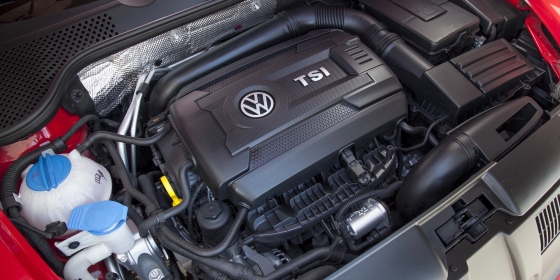 Any trim level or model of the Beetle is a good drive. Some won’t be as powerful or built for performance as is the R-Line packaging (formerly called “Turbo”), but all share the same brisk handling and low-to-the-road nature.

The Beetle R-Line package includes a well-vetted and popular 2.0-liter turbocharged four-cylinder that outputs a beefy 210 horsepower and 207 pound-feet of tire churning torque. A six-speed manual is offered on the coupé model and a six-speed automated manual (DSG) is standard on both the coupé and convertible R-Line. We had the coupé with the automatic and thoroughly enjoyed its fast shifts and smart programming. Fuel economy is EPA-rated at 26 mpg combined and we saw nearly that despite our altitude. 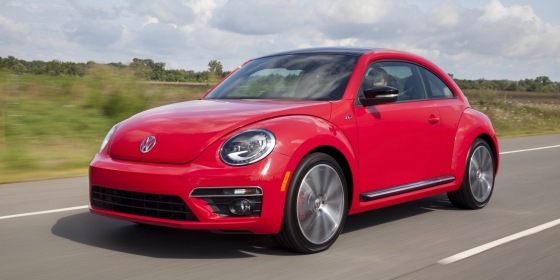 What really sells the Porsche idea with the R-Line, though, is its sport-tuned suspension and more road-ready instrumentation (including extra gauges at the center of the dash). The former makes the Beetle R-Line corner exceptionally well and the latter makes it easier to track what is going on under the hood as you press the pedal and work the wheel.

With that, hitting the pavement in the 2016 Beetle R-Line is a joy. Sub-7 0-60 times are easy in this car and getting close to 6 is likely do-able for someone with expertise. Hitting corners hard or soft is a fun exercise as well, as the Beetle’s short wheelbase and wide body offer inherent stability to go with the tight suspension tuning on the R-Line. 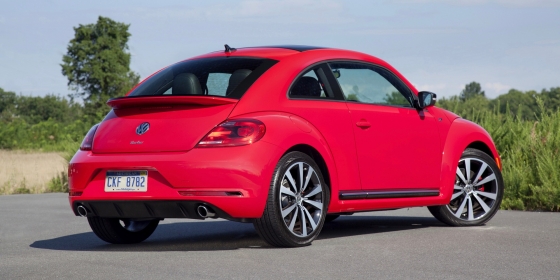 Most people who are looking in the compact four-seat segment and considering a coupé or convertible are probably considering the Beetle R-Line for reasons other than its interior versatility or ease of parking. They are, instead, more interested in the look of the car and its performance level. Both are high points while the interior, though small, is great in day-to-day use.

Given its performance and fun factor, the 2016 Volkswagen Beetle R-Line, we feel, deserves the title “Poor Man’s Porsche” for its low-cost and excellent driving dynamics.