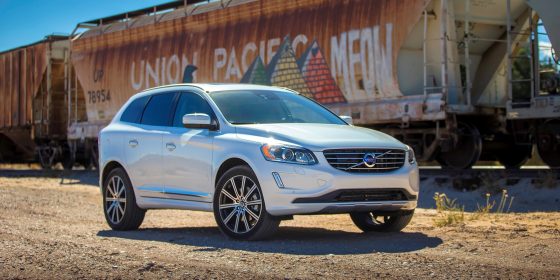 When it comes to luxury vehicles that the family will approve of, there are few choices quite as obvious as Volvo. Especially if you want to keep some kind of interest behind the wheel. Even in the crossover realm, the Swedes have managed to keep things pleasingly tuned without losing fuel efficiency or practicality. The 2016 Volvo XC60 really illustrates that.

The XC60 hasn’t seen a significant redesign since 2010, but no one who sees one in your driveway will know that. It’s as timelessly sleek and good-looking as anything else on the road. Small updates every year have kept it relevant as well and a solid base of good engines, smart drivetrains, and an excellent interior have meant it doesn’t really need to be the latest to be the greatest.

That’s not to say that the small luxury crossover segment doesn’t have some great options other than the XC60. The excellent BMW X3 and Acura RDX shouldn’t be ignored when shopping. Up against those, however, the Volvo definitely holds its own well and offers a compelling choice. As a five-passenger crossover, the Volvo XC60 offers a great mix of practicality, upscale appeal, excellent features, fun driveability, and the core safety competency Volvo has built its name on. Add to that some creature comforts that parents in particular can appreciate and it’s a top choice. 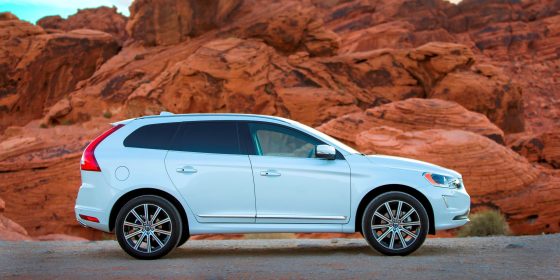 Volvo has a style all its own that’s not easy to pinpoint in words, but that is immediately recognizable to onlookers. It’s a combination of the boat-shaped front grille, the Volvo emblem with the sash through it, the saloon-styled long hoods, and the rounded, fast-appearing rear ends. Add in de-accented wheel wells and a high belt line and you have the overall Volvo look. The 2016 XC60 looks a lot like a shooting brake sports wagon rather than a crossover, which is where much of its curb appeal comes from.

The 2016 Volvo XC60 builds on the styling of the V60 wagon, holding the same rear shape and low roofline as that cousin. To all of the practicality of a station wagon, of course, the XC60 also adds the usefulness of a crossover with larger doors, easier access to the cargo bay, and a higher ride height with better visibility. The lines along the bodywork signify the forward movement of the XC60 and also accent the high beltline, which hints at safety. This being a Volvo, those hints are not just for looks, but actually play out in the real world. We’ll get to that. 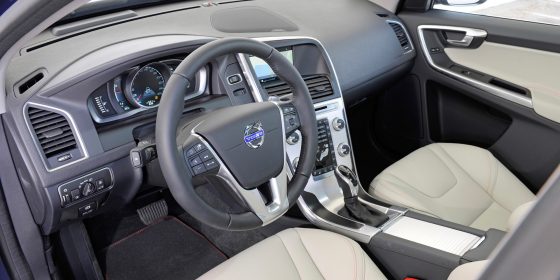 Every Volvo shares the same interior look that marks it as a Volvo. Just as there is a general design theme that has always seemed to mark off a Volvo from the exterior, there is a theme to the company’s interiors that is subtle, but easily understood. That begins with an uplifted, modern, relatively open design theme that centers on a heavy center console off the dash onto which a lot of buttons and dials are mounted. At first, this may seem confusing and complex, but a quick scan of what’s there shows that they’re all both practical and easy to navigate. The Volvo “Mode Man” climate control interface, for example, becomes almost immediately intuitive to use; to the point that looking away from the road to change where air is bowing or how much of it is being moved is unnecessary. Most of the controls in the Volvo XC60 are this way. This is a step away from other manufacturers who are, more and more, pushing hard buttons and controls out in favor of complex infotainment-based control systems instead.

Extremely comfortable seating that is an excellent combination of unyielding firmness and soft accommodation are another aspect of the 2016 XC60 that everyone will enjoy. Whether the driving distance is short or long, the seating (particularly in the front) in this crossover is very adjustable and comfortable without being sleep-inducing or coddling.

The back seats are very well done and more spacious than some in this class. The available integrated child booster seats are a lifesaver for parents and grandparents who are tired of lugging around booster seats from car to car. Other options from the dealer include an integrated (and removable) dog kennel for the cargo area and other useful options that make life easier.

Speaking of cargo space, it’s very good in the 2016 Volvo XC60 at 30.8 cubic feet with all seats up. Stowing the rear seating expands that to 67 cubes. A wide-access rear hatch makes loading and unloading easy. 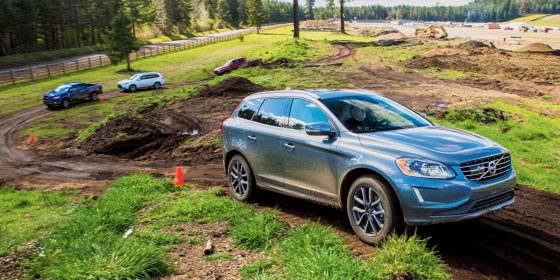 The 2016 Volvo XC60 has several drivetrain options, all of which are denoted by model names. The T5 Drive-E is considered the base model and is powered by a 2.0-liter turbocharged four-cylinder that outputs 240 horsepower and 258 pound-feet of torque through an eight-speed automatic transmission in front-wheel drive. Fuel economy here is rated at 26 mpg combined, per the EPA. True to Volvo, this engine produces most of its umph early in the RPM band, so despite its diminutive size, it’s definitely not underpowered.

Stepping up to the T5 AWD takes the engine to 2.5L in five cylinders with a 250 hp and 266 lb-ft result. A six-speed automatic transmission powers all four wheels and this model is rated at 22 mpg combined. This engine adds a little more umph, but most will likely find the tradeoff in fuel economy not worth the upgrade. 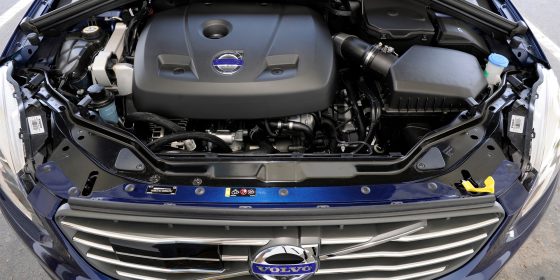 Going to the T6 models is a better choice for the performance minded. The T6 Drive-E has a 2.0-liter four-cylinder turbocharged to 302 horses and 295 lb-ft of torque. This goes through the same eight-speed automatic in front-wheel drive as the T5. Fuel economy is still great at 24 mpg combined, so the trade up is probably worth it if you want more guts.

Outside of engine and drivetrain, the 2016 XC60 is blessed with an excellent steering system and a wonderfully compliant, but tight chassis. There is a lot of fun in the drive with this crossover. 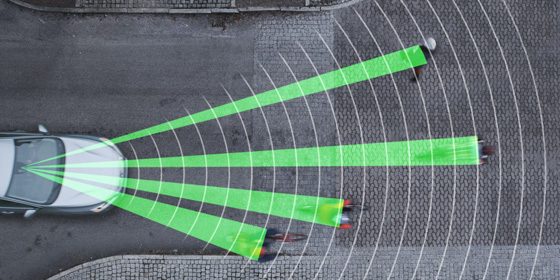 Safety is a big part of the Volvo brand, of course, and the company prides itself on its safety engineering. Every Volvo is now made with a transverse engine (so far as I recall) and aces frontal crash tests as a result. Standard equipment on the XC60 includes full-length side curtain airbags, side airbags on the front seats, and low-speed forward collision warning and mitigation (including automatic braking). Several advanced safety options like blind spot warning and high-speed frontal collision warning/mitigation are available as well. In every published crash test so far, the 2016 Volvo XC60 has received top scores. 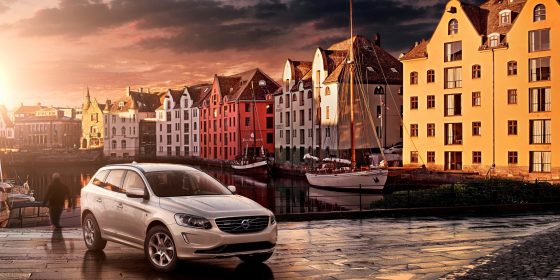 If a sporty drive and fun engagement behind the wheel are important to you, but you also need to accommodate the family and need a good everyday driver, the Volvo XC60 definitely fits the bill. With an excellent array of performance choices, good fuel economy, top notch safety, and beautiful design, this is a crossover you don’t want to ignore.