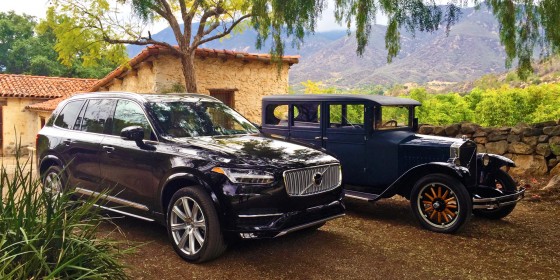 Volvo has been making cars since 1927, and above you see the latest Volvo model, parked next to the first. In between they’ve had great success building a reputation for safety, but also encountered recent challenges maintaining market share in the United States. After the automotive industry shakeup, Volvo was sold by Ford to China’s Geely Holding in 2010. Since that time, they’ve embarked upon a project to write the next chapter of Volvo by taking complete control of their own product. The 2016 Volvo XC90 is the first vehicle built upon their new Scalable Product Architecture (SPA) with an all-new design language. It marks the beginning of the new Volvo, Made by Sweden :

With the all-new 2016 XC90 heading to dealerships across the country shortly, we were recently invited to Santa Monica to experience the future of Volvo and meet the team that worked so hard to write this exciting chapter for the company. The Volvo XC90 is a premium quality seven seat SUV with world leading safety features, new powertrain technologies, and a gorgeous interior. Impressions from our time with the XC90 follow below, with a mixture of original and press-kit photographs. 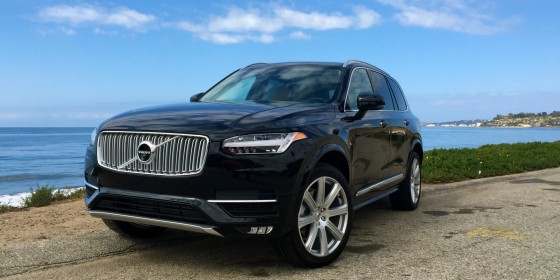 We always start with our thoughts on the exterior of a car, because it’s the first impression anyone gets of a new vehicle. Our immediate reaction to seeing the new Volvo XC90 was honestly a bit underwhelming. At first glance we found it a bit boring, and not eliciting an emotional response. However the more time we spent with the new XC90, the more the styling grew on us, and the more we could appreciate the refinements.

A perfect example is found in the front grille where the horizontal bars have been removed and Volvo finally fixed that iron mark, aligning the arrow with the diagonal slash. Nearly every design element on the exterior has been elegantly simplified in this manner, leading to a much more sophisticated outward appearance.

We tried our best to photograph the new XC90 in the images above, but must admit black is a challenging color to capture well, especially with an iPhone. So we’ve selected a few photos from the press kit to share below which do a more professional job of showing the body lines, and the fabulous scenery we thoroughly enjoyed in California.

We’re especially fond of the new signature T-shaped LED “Thor’s Hammer” daytime running lights, and the unique shape and placement of the tail lamps. Both are considered signature elements that will be found on future Volvo models along with the new iron mark. 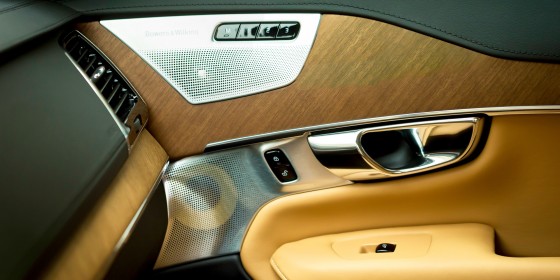 The interior is where drivers spend the majority of their time with a vehicle, and where we feel the XC90 shines brightest. They called it a “Scandinavian Sanctuary” and the influence is unmistakably Scandinavian in its simplicity, minimalism and functionality. Sitting in the new XC90 transports you to a high-end Scandinavian furniture store, surrounded by luxurious materials and an obvious connection to nature. It is certainly far removed from an evening sitting on the floor of your apartment with a hex key trying to put together a flat packed Billy bookcase.

There are striking details throughout the cabin, like the diamond-cut controls for the start/stop button and volume control, or the available gear lever made of crystal glass from Orrefors. We could write an entire feature on the seats alone, which continue Volvo’s proud reputation for providing the most comfortable seats in the industry. Not only are these new seats ergonomic and remarkably adjustable, the innovative low profile design also frees up interior space for passengers.

However the star of the XC90’s interior is clearly the 9″ tablet-like touchscreen featuring the very modern Sensus user interface. It allows for the removal of all but eight physical buttons (some of which are required by law) and it does it in an easy to use, responsive manner. Sensus features a tiled interface that sorts key, preferred actions into four tiles on the screen. Speedy response times, an intuitive layout, and thoughtful, safety-focused elements combine with natural voice control, as well as future access to seamless Apple CarPlay and Android Auto integration for a comprehensive user experience. It’s a joy to use and currently ranks as our favorite in-car control system on the market.

The XC90 is also available with a $2,500 Bowers & Wilkins premium sound package featuring 1,400 watts distributed to nineteen amazing speakers. We’re not completely sold on the placement and design of that center dash tweeter, but can’t argue with the sound quality, also among the best we’ve heard. 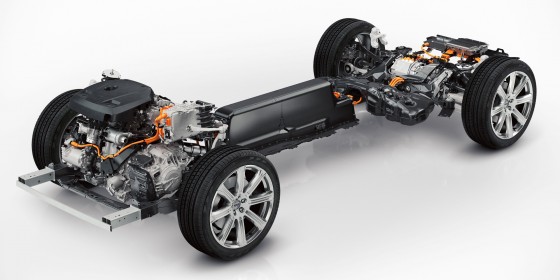 Volvo has jettisoned their V6 and V8 engine offerings and is equipping the XC90 with a standard 2.0-liter, four-cylinder Drive-E powertrain. That may sound disappointing at first, but the gasoline T6 Drive-E is both supercharged and turbocharged and produces 316 hp and 295 lb-ft of torque. It’s paired with a Haldex mechanical AWD system and eight-speed automatic transmission and the result is an outstanding combination of performance, capability and fuel-efficiency. We’ll assume that the average Volvo shopper is concerned with more than just the number of cylinders under the hood, however we think keeping the T6 name may be a bit confusing for some buyers.

The T8 is where the XC90’s powertrain gets really interesting though, as it features a twin-engine solution that adds an electric motor to drive the rear axle, combining for a total system output of 400 hp and 472 lb-ft of torque. That makes the XC90 T8 Twin Engine the world’s first seven passenger, plug-in hybrid electric vehicle. The T8 offers a variety of driving modes, including Pure electric where is can achieve a modest 17 mile range with a 9.3 kWh battery

They call it “Intelligent Power”, and it offers the best of what both gas and electric have to offer. You get the power and range of a gasoline engine, along with the instant torque, low emissions and sustainability of an electric. In our brief testing of each drive mode, we were left impressed by this twin-engine solution and think it will be a differentiator for Volvo, and a surprisingly hot seller when it hits the market later this year. 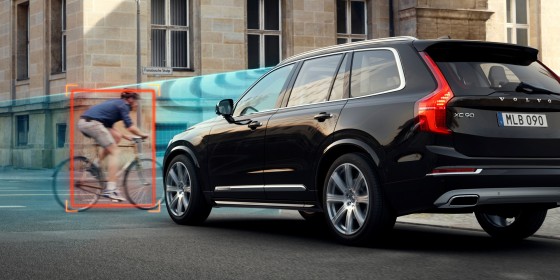 No Volvo review would be complete without discussing their safety story, which is highlighted by the words “Since 1959” stamped on the seat belt buckles. It’s a reference to the year Volvo led the industry in making 3-point lap/shoulder belts standard on front seats and is one of many safety advances the company has pioneered.

The all-new XC90 continues the company’s longstanding heritage of award-winning safety. Adaptive Cruise Control (ACC) and Lane Keeping Aid (LKA) provide radar-controlled, semi-autonomous travel in certain conditions, and feed in to Volvo’s Vision 2020, with the goal that no one will be killed or seriously injured in a new Volvo car by 2020. Additionally, standard on all 2016 XC90’s are run-off road protection, and auto brake at intersection, two world’s first capabilities that will bring Volvo closer to its long-term vision.

City Safety is the umbrella name for all of Volvo Cars’ auto brake functions, which are standard equipment in the all-new XC90. Although it was a bit tough for us to test thoroughly, City Safety now covers vehicles, cyclists and pedestrians in front of the car, day and night. 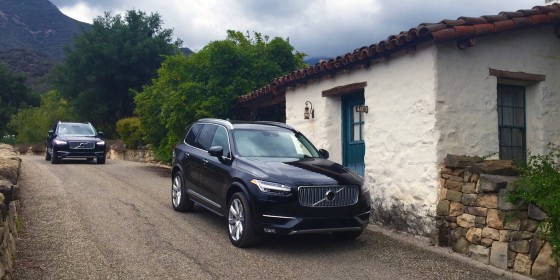 The 2016 Volvo XC90 will be available soon starting at $48,900 for the T6 in Momentum trim and currently maxes out at $71,600 for the twin-engine T8 Inscription trim. We think it’s a compelling vehicle that offers an interesting alternative to the usual suspects in the luxury SUV market. The XC90 has already garnered more than 30,000 pre-orders from across the globe and after spending two days with the vehicle, we think it will be even more popular once people get a chance to take one for a test-drive. If the XC90 is any indication of what we can expect from Volvo’s new beginning, then we can certainly understand why they’re feeling good…

A luxury SUV that ushers in a new beginning for the Swedish automaker.