Ever since word broke of a new 2017 Ford F-150 Raptor being developed, we knew it was going to be pretty amazing. What we didn’t realize was just how amazing, like the amazing new 3.0 inch FOX shocks Ford is teasing us with in this new video.

The new FOX shocks, developed jointly with Ford, raise the bar again on what a stock pickup can do and bucks the status quo once again that says you have to build your off-road rig rather than buy one off the lot.

What makes these shocks special is their dual-purpose nature with the addition of a base valve piston which enables it to operate with lower gas pressure. This allows the piston to handle better on the road. When it is time to get rowdy, an internal bypass in the front and rear shocks adjust with “nine distinct zones which progressively manage shock forces,” according to Ford.

When the road gets really gnarly, the shocks really shine with the final zone acting like “hydraulic bump stops” sending fluid through the shock to prevent the truck from bottoming out. (Note: while bottoming out is fun, it is pretty hard on a truck.) This shock setup basically means that whatever you throw at it, the Ford Raptor will absorb and return a controlled, manageable driving experience. 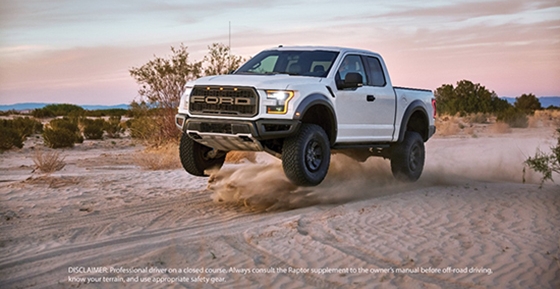 Yes, you can buy this truck off the lot and do exactly this. Unbelievable!

Plus, the shock’s development specifically for the Ford Raptor means it is uniquely tuned to the pickup’s weight and driving characteristics. This translates into it simply being better than any off-the-shelf shock available since those shocks are developed for a wide range of vehicles.

The new Fox Shocks are also significantly larger, growing from 2.5 inches to 3.0 inches in diameter. This allows it to perform better and offers 44 percent more volume of fluid to combat heat dissipation and fade resistance – two of the real issues when off-roading for an extended length of time.

Finally, Ford says the new suspension offers two more inches of suspension travel with the 2017 Ford F-150 Raptor offering 13.0 inches in the front and 13.9 inches at the rear – a nearly 15 percent increase.

The 2017 Ford F-150 Raptor is due out this fall with its new high-output 3.5L V6 EcoBoost engine and 10-speed transmission (both firsts for Ford). There are also a host of other new features on the truck worth checking out. Pricing has yet to be released. 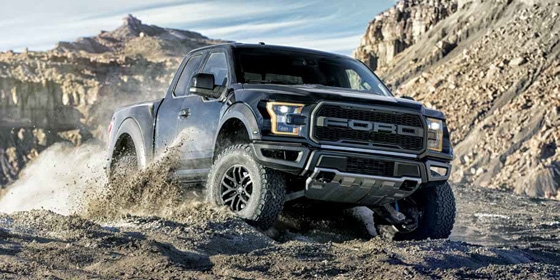